Directing and writing credits:
“Lorelai's First Cotillion” is directed by Lee Shallat Chemel and written by Rina Mimoun. Chemel was last seen just a few episodes ago and will crop up steadily throughout S7. I recently noticed that she directed an episode of "Maggie," a newish show on Hulu that I recommend if you have a high tolerance for convoluted romcom plots and want some mindless enjoyment.

"Tippecanoe and Taylor, Too" - Paris spent months fucking a senior citizen and all she got when he croaked was an 18th century printing press.
"I'm OK, You're OK" - I'm still sad that we don't get to see Paris "go Bonaduce" on Logan's ass.
"The Long Morrow" - Rosenthal tries to salvage the wreckage left behind by the Palladinos.

This is the first episode of "GG" written by Mimoun, who came on as a consulting producer for S7. Has anyone watched her 2008 show, "Privileged"? It's based on a Zoey Dean novel that sounds very Rory Gilmore.  Mimoun is also the showrunner for a new series coming out in 2023 called "Girls on the Bus," about a group of female journalists covering a presidential election. It feels like no coincidence that these are all Warner Bros. projects.

Most batshit crazy outfit:
This wide-ass belt feels like the kind of thing Snooki would have worn while getting arrested for public urination on "The Jersey Shore."

Everything else is standard ugly, minus Emily's brocade jacket, which she wears with a bare chest [insert gasp here]. I'm into this slightly more risqué neckline, although I don't love the blue crepe du chine mermaid skirt she's paired with it.

Most irritating Rory or Lorelai moment:
Straight from the pages of Henry Miller's "Sexus" (1949), this is what Rory originally wants to text Logan:

"Where is the chair you sit in, where is your favorite comb, your toothbrush, your nail file? Trot them out that I may devour them at one gulp."

Why not appeal directly to his inner Armie Hammer with these earlier lines:

"I eat hair, dirty wax, dry blood clots, anything and everything you call yours."

In terms of light offenses, Lorelai's most grievous misstep is nearly wearing this hideous "Project Runway" reject to a cotillion. If she's too lazy to try it on properly, it would make more sense for her to show Rory what it looks like on the hanger. I don't understand the utility of putting it on over clothes, making it seem both tighter and shorter than it really is. WWMCD is the acronym Lorelai should actually commit to memory.

Number of times Rory or Lorelai treat their BFF like shit:
Rory is a good friend to Lane, urging her to rip off the band-aid and tell Zack about the pregnancy. Due to his head injury, he'll only retain the information for twenty-four hours, "50 First Dates"-style, and she'll have to remind him again, anyway. It's a low stakes scenario.

Sookie pops up briefly with an elaborately prepared finger sandwich assortment for Emily's upcoming cotillion etiquette training session. Say what you will about Emily's strong opinions, but at least she pays well. Lorelai has made far worse demands of Sookie (see here and here) and offered nothing in return but lukewarm appreciation.

Stars Hollow weirdness:
At the Luke's Diner grand reopening, Babette and Patty are convinced that something major has changed. First, they think it's the ceilings, then the curly fries, lighting, chairs, curtains, and mugs. Somehow, these nosy bitches fail to recognize that, duh, it's Luke's new baseball hat. Switching from the blue hat that Lorelai gave him six years ago to this new black one should be prime town gossip fodder, but I guess even those women are sick of this will-they-won't-they bullshit.

Sharpest insult or one-liner:
As much as I love Lorelai's entire Friday night dinner interaction with Charlotte, I must choose an indisputable classic. After Paris observes Rory's saccharine tutoring session with Eric (Nick Lane), she asks, "Gilmore, do you see any of my students falling in love with me? No, and do you know why? Because you don't fall in love with people that make you want to crap your pants." The writers got so many things wrong about S7 but they absolutely did not fuck up Paris Geller. I might even argue that they made her better. She is the only character who behaves how I would if I were forced to live amongst these turds.

Books mentioned/books Rory is reading:
Rory cites E.B. White's "Charlotte's Web" (1952) as one of her favorite books and is later reads the aforementioned Henry Miller's "Sexus." At Stars Hollow Books, Lane is seen with a pile of pregnancy books, including Heidi Murkoff's "What to Expect When You're Expecting" (1984), Glade B. Curtis' "Your Pregnancy Week by Week" (1989), and Joanne Kimes' "Pregnancy Sucks: What to Do When Your Miracle Makes You Miserable" (2003). Several titles are visible on the shelves behind them, but nothing I find particularly exciting.

The only other book I can make out in Rory's pile is Eustace Chesser's Love Without Fear: How to Achieve Sex Happiness in Marriage" (1947). Why is this bitch soliciting sex tips from men in the 1940s? Someone needs to introduce her to Mary Gaitskill or Anaïs Nin.

Best song of the episode:
It's nothing but la-la's and indistinguistable orchestra music.

Thoughts:
Surprisingly, Lorelai does some legitimate introspection this episode. In typical fashion, she tries to convince Rory to punch her in the face so that she can spend Friday night in the emergency room instead of with the elder Gilmores. It's been three weeks since she last saw Emily and Richard/had an impromptu therapy session in the back of Lynnie's car, and she now feels obligated to tell them about the Luke breakup. Before anything bad has even happened, Lorelai starts catastrophizing and devising a plan for handling their anticipated combo of guilt, pity, anger, and contempt.

Based on her last breakup with Christopher, it makes sense that she would brace herself for the worst, but also ... it's not like her parents reacted poorly to the Max Medina wedding cancellation. They only give a shit about her relationships when they're emotionally invested in the match (Christopher, Peyton Sanders) or feel like there's an opportunity for them to prevent a "mistake" (mostly just Luke). When they fail to react — either positvely or negatively — to the news, Lorelai flips the fuck out and tries to goad them into a fight. My favorite moment is when she cajoles Emily into offering condolences and is immediately disappointed by their genericness.

To her credit, Rory recognizes what her mom is doing and gently tries to stop her. When that doesn't work, she takes a different tack and screams "BANGALORE," the previously agreed upon method of deflection. Normally, Lorelai would fully adopt a victim mentality after getting into a fight like this with her parents but for the first time (maybe ever?) we see her analyze the origins of her problematic behavior. The next morning at breakfast, Lorelai sits at the table with several open boxes of Pop-Tarts, wondering whether the personality she's cultivated her entire life is anything more than the anti-Richard and Emily. It's an interesting revelation for a teenager in their first psychology 101 class, but less so from a woman nearing forty. Better late than never, I suppose.

During Emily's high tea at the inn, Michel turns into Stanford's boyfriend from "SATC," gushing over how the girls are "like Madame Alexander dolls come to life." I'm surprised that Michel is delighted by these random children. I always pegged him as someone who adhered to the Milford School motto that children should be neither seen nor heard.

Michel cons Lorelai into taking him to the cotillion because she owes him for the time Paul Anka shit in one of his loafers while he was dogsitting. Did she forget about how she was ditched for fracking Céline Dion on the day of Lane's wedding? If I were Lorelai, I'd use that snub as justification for faking an illness and making Michel go stag; instead, she attends the event with him and the two have a shockingly nice time.

There's one girl in the group, Caroline (Kelsey Lewis), who is clearly a manifestation of young Lorelai, rebelling at every turn with her pink zebra Chucks and impromptu chicken impressions. She's at the age where she has a strong desire to express her individuality but hasn't yet become bitter about being forced to participate in activities that are antithetical to her nature. She's still able to have fun and be herself, despite the circumstances. I think this is supposed to be Lorelai's takeaway: to keep an open mind and give situations a chance, even if they're something her parents would approve of ... which brings us to her depressing interaction with Christopher at the end of the episode.

When Lorelai arrives home post-cotillion, Christopher is there. He and Rory just got back from dinner and are in the kitchen, divvying up the dessert leftovers (key lime pie, chocolate brownie). He tells Lorelai that he loves her and hasn't stopped thinking about her since she fucked him in a gloom of depression. Lorelai says nothing, but then later calls him on the phone while pensively examining her corsage. It's like her therapeutic realization broke her brain and made her question everything she thought she knew about herself. Instead of reminding herself of all the reasons why Christopher sucks, Lorelai gets caught in this loop of thinking that maybe she subconsciously sabotaged the relationship because her parents approved of it. She's gone from being proudly, often irrationally defiant to completely unsure of herself in one fell swoop. This is why it's good to have a therapist who can help you process these complicated emotions!

Rory's entire storyline revolves around sexting ignorance, which I totally understand but mostly just want to ridicule. When you look at the way Lorelai communicates with her previous partners, it's no wonder that Rory has no idea what a healthy, vulnerable exchange looks like. If she did, she would be able to tell Logan that they need to figure out how to create more intimacy from afar. Instead, she sticks to "philantropic"-style small talk while cribbing sex lines from a half-century old book. In a very roundabout way, they do seem to reach some kind of understanding by the end of the episode.

In yet another injustice, Lane tells Zack she's pregnant and his reaction is about what you would expect from someone who inspired Kurt Vonnegut to write, "I could carve a better man out of a banana." Facing reality is too difficult for his pea-sized brain, so Zack completely ignores the news. Lane doesn't seem concerned about this split from reality, which in turn concerns me. If I were in her shoes, I'd be worrying that I may have fractured what was a very weak mind to start with. Dark spots on the face are far less concerning than a husband who no longer lives in reality. Finally, over Bagel Bites, Lane admits that she isn't excited about the pregnancy and the two connect over how much "This baby sucks." Someone needs to tell them about this amazing thing called abortion that takes a pregnant person and makes them not pregnant. 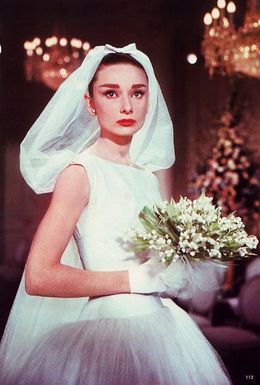