Directing and writing credits:
"Tippecanoe and Taylor, Too" is directed by Lee Shallat Chemel, written by Bill Prady. Both of these people are relatively new to the "GG" universe. This is Chemel's only S5 directing credit, but she'll go on to produce and direct more episodes through seasons 6 and 7. Her directing resume is impressive, but what stood out to me the most is her long list of producer credits on "The Nanny," one of my lowkey '90s favorites.

Prady has co-executive producer credits starting at the beginning of S4 and running through the end of the Palladino's reign in S6. This is the first of two "GG" writing credits. His IMDB page is quite eclectic and features a great deal of work with Jim Henson's muppets (jealous).

Most batshit crazy outfit:
For someone who allegedly kills every animal she touches, gf has a lot of dog t-shirts. Maybe it's her way of sartorially preparing for Paul Anka (Sparky IRL).

Most irritating Rory or Lorelai moment:
The episode opens with Luke cooking a lovely breakfast for Lorelai from the comfort of Chez Gilmore. Since she's a horribly selfish person who doesn't understand nice gestures, Lorelai immediately expresses her annoyance. Apparently, Luke's cooking doesn't have the same magic when it happens outside of the diner. She tells him, "While some things have changed -- and that's great -- I don't want everything to change completely." I lost complete respect for Luke when he immediately acquiesced to her whims instead of telling her to shut the fuck up.

Number of times Rory or Lorelai treat their bff like shit:
Rory gives Lane solid advice about Zack and supports Hep Alien at Jackson's weird campaign rally. At one point, she annoyingly quips, "Hey, I'm your groupie. But don't get any ideas. I'm saving experimentation for my junior year." The idea of Rory "experimenting" with anyone other than a straight, rich white dude is hilarious. Dating a guy without a trust fund is probably her idea of "experimenting."

Lorelai supports Sookie's first wife endeavors even when she starts exclusively wearing skirt suits and bobbing her hair like Hillary Clinton. I never thought I'd say it, but Lorelai might be a better friend than me. I would have lost my patience as soon as Sookie started using her baby for political gain.

Best literary or pop culture references:
Lorelai reveals that she's a fan of MTV's "Cribs," a show I was deeply obsessed with in middle school. She's impressed by Tommy Lee's personal Starbucks, but has she seen Richard Branson's rooftop bathtub? That shit is epic.

Stars Hollow weirdness:
"Tippecanoe and Taylor, Too" is full of so much townie bullshit that I'm surprised Daniel Palladino didn't write it. Taylor makes comments like, "Competition is the whetstone that sharpens the blade of democracy," and then immediately calls for a recount as soon as he loses the election. Kirk's Gallup Poll shenanigans prove that he has no idea how math works. Hep Alien is forced to cover the theme song from "The Greatest American Hero." Various requests are complaints are leveled upon Jackson's victory: Miss Patty wants to expand her dance studio to include a Tae-Bo room and Andrew has problems with his neighbor's hedge height. I'm happy that the writers swiftly drop this "Jackson in politics" plot line because it's a C- at best.

Sharpest insult or one-liner:
Paris is understandably concerned that she might overhear Dean and Rory's raucous (lol) lovemaking. When she realizes that the batteries in her noise-reducing headphones are dead, a delightful conversation ensues.

Paris: When's Dean getting here?
Rory: Calm down Paris. We're just gonna watch a movie, and you're welcome to join us.
Paris: Please. You're 19. Unless it's "Shoah," you two are getting carnal.

Books mentioned/books Rory is reading:
As far as I can tell, Rory's missing textbook -- "Cultural Disenfranchisement with Women's Role Models" -- isn't actually real. There are some other references to books/movies ("The Wizard of Oz" and "The Manchurian Candidate"), but we don't see anyone reading anything.

Best song of the episode:
Rilo Kiley's "Science v. Romance" is just as deserving, but I have to go with Interpol's "Slow Hands," a song I listened to on repeat during Sophomore year of high school. It plays in the background at Zack's weird post-gig party with two girls who are inexplicably obsessed with him.

Thoughts:
Unless you're heavily invested in small town politics, this episode has little to offer. The basic gist is that everyone is sick of Taylor's bullshit, so Jackson decides to run against him for the position of town selectman. Since Taylor is almost universally loathed, Jackson wins with ease and immediately regrets all of his decisions.

The older I get, the more certain I am that Stars Hollow is a literal nightmare. Imagine being told by some gleeful, power hungry tyrant that your newly built greenhouse is violating town ordinances. In order for justice to be served, you must plead your case at a horrible town meeting. I currently live in the suburbs and share a driveway with my neighbors. They're nice, quiet people, but I still hate them with every fiber of my being and go out of my way to avoid them. Their mere presence is enough to make me feel inexplicably grouchy. I can't imagine living in a place where everyone is up my asshole 24/7.

Lorelai storyline is pretty light.  She's a good friend to Sookie, volunteering her time to help with Jackson's campaign. We also catch a glimpse into her budding relationship with Luke. She remains a selfish, clueless person (making the diner campaign headquarters) who doesn't understand nice gestures (breakfast) and can't remember basic facts (Luke hates champagne), but I think she's trying to improve. She's clearly still not sure how to handle Rory and Dean's weird ass relationship, although she does a decent job pretending the situation is normal.

Rory is deep into her repeat Dean obsession despite the growing awkwardness. He still shares a car with Lindsay, so his ability to visit her at Yale is limited. When she goes back to Stars Hollow to see him, she's forced to endure strained encounters with his family because dude is now back in his childhood home. How can these two possibly bone with Clara blasting Avril Lavigne in the next room? There's one hilarious scene of them trying, and miserably failing, to fuck in Rory's Prius. I'm not sure why they don't just get out of the car and bone on the hood like self-respecting young adults. Or hell, what about Miss Patty's dance studio? They've already fucked there at least one other time.

Having a boyfriend with no ambition and lots of misplaced rage would make my vagina shrivel up immediately. After car sex doesn't work out, Dean shoots down Rory's alternate suggestions and sulkily asks her to take him home. I don't understand what Rory could possibly see in this pouty little man child. Remember SATC's Berger? He and Dean are incredibly similar. Both are threatened by their partners' success and don't yet understand how to express their emotions in a healthy way. They aren't worth a good goddamn.

The worst part of Dean's temper tantrum is that he shames Rory for inviting him to Jackson's rally. He tells her, "I don't want to go parading our relationship all over town [...] I don't need to rub Lindsay's nose in it any more than I already have, okay?" While the sentiment is fine, the delivery is horrible. Dean was a participant in their affair and it's obnoxious to watch him treat Rory like shit for a shared mistake. Dean eventually shows up to the rally and apologizes, so at least there's some level of self-awareness.

I have to say that what the writers did to Dean over the course of this show is unforgivable. They turned him from a nice guy with cool interests (S1) to a clingy, insecure nightmare (S2-3), to a loser with no future who makes countless poor decisions (S4). This would be fine if there were some motivating characteristics, but the rationale is incredibly thin. A cool dude who loves watching old movies and reading doesn't suddenly decide to work in construction for the rest of his life and get married at 18. I guess someone could argue that Rory's treatment led him down this path, but yuck ... I reject that problematic reasoning.

The only thing left to discuss is Lane and Zack. After a few episodes of unexpressed romantic feelings that come out in fits of rage, Lane finally tells Zack how she feels: "I like you, Zack. I like you as more than a bandmate and more than a friend. I like you. I have liked you for some time now, and I don't think this feeling is going to go away. I just thought you should know." WHY, THOUGH?!!! Zack is disgusting, clueless, and stupid. He looks like the kind of dude who never wears clean socks and somehow always has fingers that are covered in Dorito dust. What does he bring to the table? Doesn't Lane deserve better? I refuse to accept this coupling and demand justice for Lane. 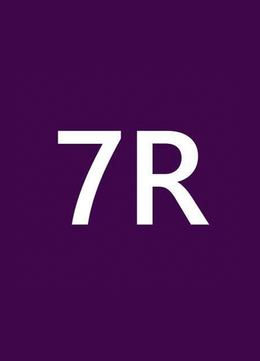 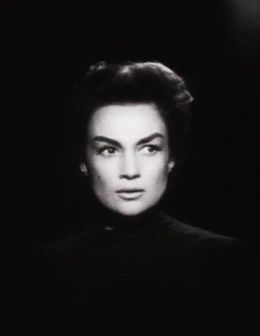