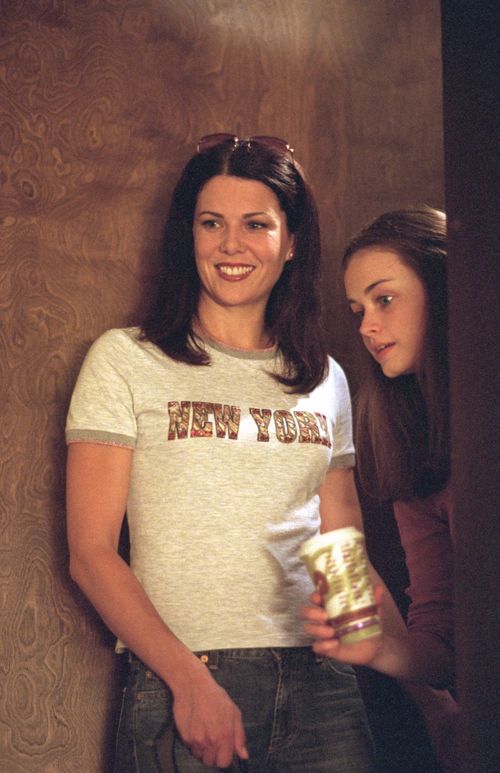 Directing and writing credits:
Directed by Jamie Babbit, written by Daniel Palladino. Jamie Babbit's body of work is pretty impressive: she's directed 5 feature films and episodes of many shows that I love, like "Popular," "Brooklyn Nine-Nine," and "Silicon Valley." Here are some of her resume highlights:

I read an interview with Babbit on IndieWire that made me like her even more. She received financing for one of her films toward the end of her pregnancy and needed to tell the producer that she couldn't start shooting right away because she was supposed to give birth soon.

And I said, “I have something to tell you, but don’t freak out. I will get on the plane, but I can’t get on a plane today, because I’m actually supposed to give birth any day now. But the second I have my baby, give me a week, and I will get on a plane and come and make the movie.” I was nervous because I thought she was going to say they would have to get another director, because if you’re having a baby in two days, you’re not going to be able to direct this movie. But actually, because she was in her sixties and was a single mom and had made movies her whole life, she was like, “OK, you’ll have the baby, and you’ll be here in a week.”

It's fucked up that Babbit had to decide between spending time with her baby and receiving funding for her movie, but props to her and this understanding producer. They made things work within the horrible confines of our system and I think that's admirable. WE NEED MORE WOMEN IN POWER. GIVE WOMEN ALL THE POWER.

Most batshit crazy outfit:
What is going on with Rory's tits? 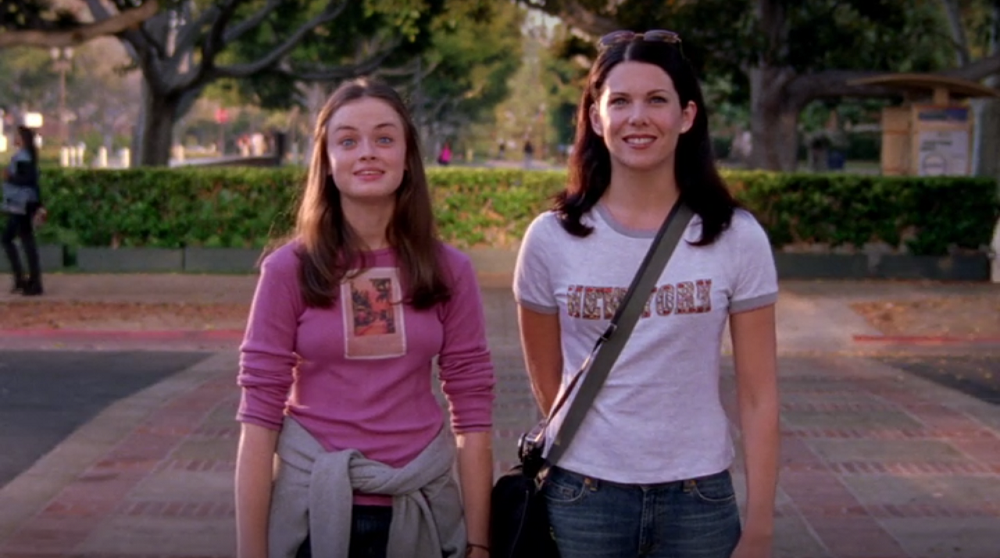 Has her shirt created an unfortunate optical illusion or is she just wearing a bad bra? I honestly can't tell what's going on, but I know it isn't good. I don't understand how the "GG" wardrobe department manages to make everyone, even mega babes like Alexis Bledel, look dumpy.

Lorelai's "New York" shirt is also stupid and I don't even know what to say about LaDawn's fundamentalist Mormon dress. This atrocity looks like something Kimmy Schmidt would have worn in the bunker.

Most irritating Rory or Lorelai moment:
We're supposed to believe Rory is a genius, but this bitch somehow doesn't even realize that Harvard, her dream school, is only 1.5 hours away from Portsmouth, New Hampshire? She's carrying around a map the entire episode, for fuck's sake!

Number of times Rory or Lorelai treat their bff like shit:
Loreali lets Sookie waste her talents on a beautifully frosted masterpiece, all for nothing.

You were a good cake, Clyde. I never should have named you. 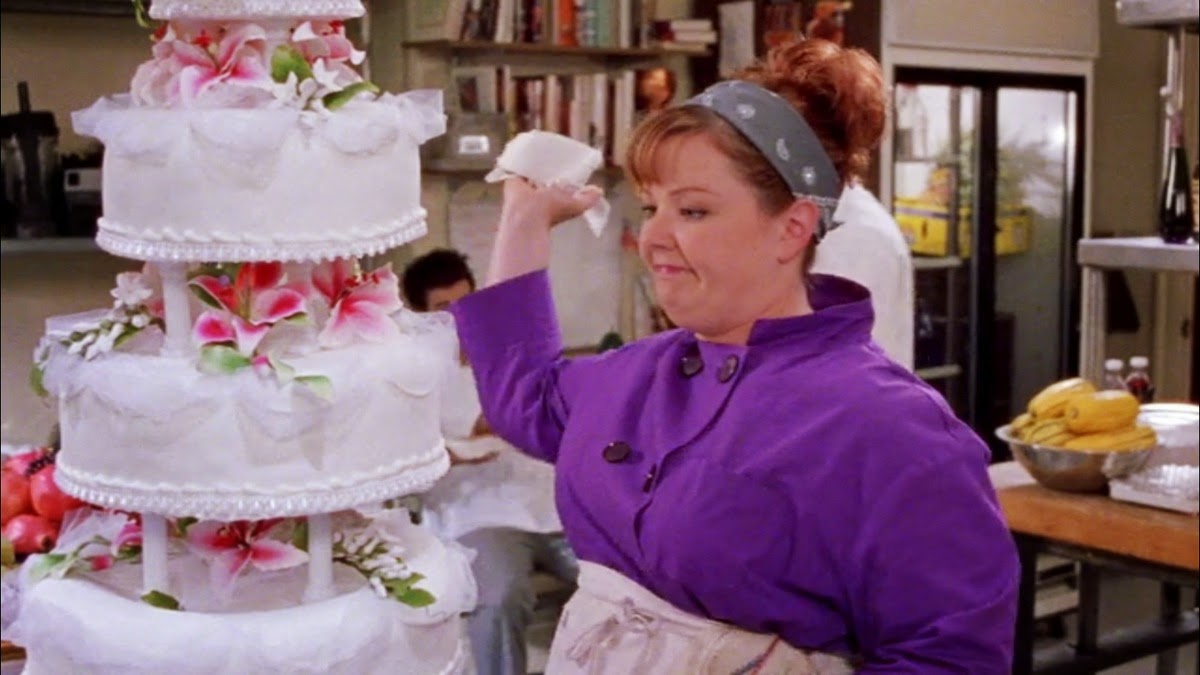 Best literary or pop culture references:
Lorelai: Rory, stop it! We are not gonna have this fight in a flowery bedroom with dentists singing "Gypsies, Tramps and Thieves" in the background. It's too David Lynch!

Stars Hollow weirdness:
No weirdness this episode (aside from Kirk trying to leave a 6% tip on his $4.43 check), but there is adorableness. When Luke hears about Lorelai's canceled wedding, he treats the entire diner to coffee, compliments someone's hat, and lets Kirk linger instead of kicking him out after his eighth refill.

Sharpest insult or one-liner:
Lorelai: There's nothing on the radio but Top 40 and Christian rock. Christian rock, there's an oxymoron for you.

I still don't understand how I listened to so much Relient K and Anberlin from ages 11-14. Take it from someone who once attended Creation... Lorelai's Christian rock snark is apt.

Books mentioned/books Rory is reading:
Lorelai dazzles the B&B crowd with her fake publishing accomplishments: "Goodnight Spoon" and "The Horse That Wanted to Bark." The plot of the latter reminds me of Cathy and her magic cigarettes from Season 1 of "Sex and the City." ("You want to write a children's book about smoking?") Lorelai later tells Rory it's okay to skip "Tuesday's with Morrie" and "Who Moved My Cheese" whenever she freaks out about the "paltry" number of books she's read thus far.

Best song of the episode:

I mean, duh. Cher is a national treasure.

Thoughts:
My boyfriend commented that this episode is "a real cornucopia of dysfunction," and I agree with him 100%. After her breakup with Max (which we unfortunately don't get to see), Lorelai drags Rory on a random ass road trip to nowhere in an attempt to temporarily escape her problems. Never, at any point during the trip, does she talk to Rory about why she decided to call off the wedding.

When she first talks to Sookie, Lorelai purposely looks over at Rory like she doesn't want to reveal too many details in front of her. Sookie asks what happened, but Lorelai just says

Well, it's a long story. I don't really wanna go into all the whats and whys and gory details right now, but you should know we all still love Max, and to figure out exactly what happened, you'd have to dig up Freud himself and have him work on me full time.

Well, alright. Do you think this might be kind of confusing for your kid, though? Recently, I watched an episode of "Brooklyn Nine-Nine" and was horrified to hear this exchange:

Terry: Damn, Boyle. That is some advanced level parenting right there.
Boyle: I learned from the best.
Terry: Thank you.
Boyle: Lorelai from "Gilmore Girls."

No, Boyle! Lorelai is not a great parent. She fucks up as much, if not more, than any other real or tv parent. She is not exemplary in any way, shape, or form. If I see her on one more "Greatest TV Parents" listicle, I'm going to lose my shit. You know who legitimately deserves to be on those lists? TAMI AND ERIC TAYLOR AND NO ONE ELSE. (Clear eyes, full hearts, can't lose.)

Later, when Rory tries to force her to talk about Max, Lorelai flips out and says, "When we're at a U2 concert, you are my best friend. But right now you are my sixteen-year-old daughter and I am telling you I do not want to have this conversation." This is why parents shouldn't try to be friends with their kids until after they're grown. I would much rather have Marion McPherson as my mother than Lorelai Gilmore. At least Marion sets clear boundaries and tries to help her kid become a better person.

Lorelai is so fucking selfish that she doesn't even believe she owes Rory an explanation for the canceled wedding and impromptu road trip. She snaps at Rory for even daring to ASK what happened. Yes, she's hurt and confused, but that doesn't excuse her of all accountability. She's still a mother! And when you become a mother, you become accountable to your children. You can't just throw a temper tantrum and leave town without an explanation because you're hurt and upset. If you want to act that way, then don't have kids. Putting a kid in this position makes you a selfish asshole and there's no way to sugarcoat it.

The next day, after her meltdown, Rory and Lorelai have this conversation:

Yo, Lorelai... you're the one who acted like an immature douchecanoe. You don't get to say whether things are okay. You're the one who should apologize to Rory and explain why you acted so irrationally. Deep sigh.

To make up for her shittiness, Lorelai takes Rory to Harvard. While there, they drink coffee, invade a random student's dorm room, and spend approximately $2,500 on Harvard merchandise. Again, Lorelai showcases her horrible parenting skills by telling Rory that even though Harvard receives "18,000 applicants every year and only 2,000 get in," Rory is different and doesn't have to worry.

Granted, Sherilyn Fen is the real star in this scene, but Nic Cage isn't too shabby, either. 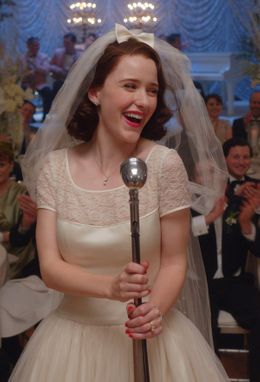