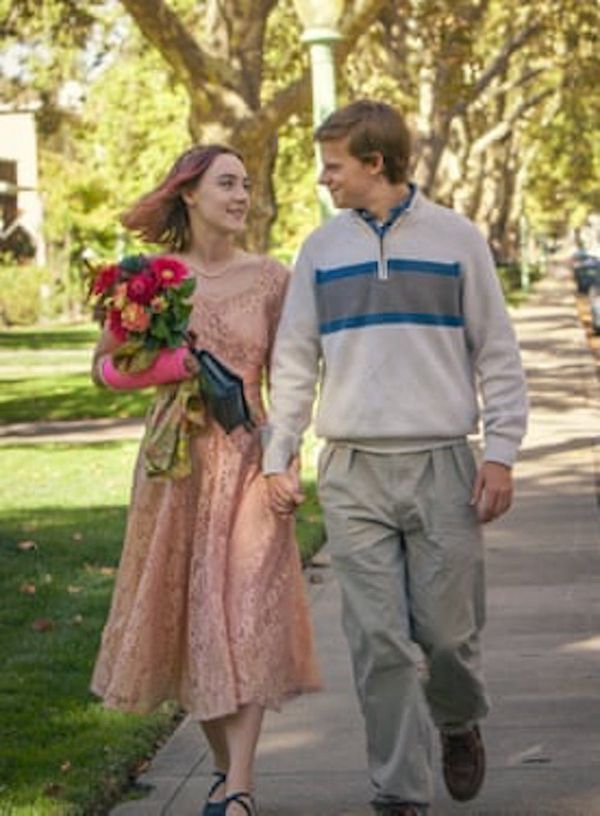 Vibe:
All the best and worst parts of high school in 90 minutes. If you aren't familiar with Greta Gerwig and only read the synopsis or watched the trailer, you might think this is just another coming-of-age teen movie. Parties, sexual exploration, senior prom, leaving home for the first time, etc. And it is! But it also isn't. Gerwig has taken familiar tropes and infused them with care and authenticity. Each line feels like one a real person would say and the actors are damn good, especially Saoirse Ronan, Laurie Metcalfe, and Beanie Feldstein.

I'm incredibly happy "Lady Bird" exists. The world needs more stories about women, for women, and by women. A male writer/director absolutely could not have created this film. With that being said, there are universal themes and you don't have to be a woman to enjoy it. Just as I've identified with male characters (Stéphane from "The Science of Sleep," Charlie from "The Perks of Being a Wallflower," and Brendan from "Brick"), certain dudes will find a kindred spirit in Lady Bird (Saoirse Ronan). Or if not in Lady Bird, in Jules (Beanie Feldstein), Danny (Lucas Hedges), or Kyle (Timothée Chalamet). The beautiful thing about this movie is that even the small, supporting roles are meaningful.

Best time to watch:
WITH YOUR MOM. Goddammit, you better call your mom after watching "Lady Bird." This section of Christine Smallwood's New York Times feature on Greta Gerwig slayed me:

In “Lady Bird” the fights between mother and daughter are constant — at once background noise and main event. Every situation is pretext for a confrontation: underdone eggs, a pile of rumpled clothes, a hand reaching too quickly for the radio. The question on the surface might be What did you do? but the feeling underneath is Who are you and why don’t you know how to love me?

I never had a contentious relationship with my mom when I was growing up, but Lady Bird and Marion's dynamic really got to me. I'll talk more about this later. This Anatomy of a Scene from The New York Times gives a good preview.

Worst time to watch:
There is no worst time to watch. Maybe don't watch this if you're a grumpy douche and only want to see it so you can troll the comment section of every review with your thoughtless inanity.

Where to watch:
"Lady Bird" is in theaters now. I saw it at The Michigan Theater in Ann Arbor and made the dumbass mistake of arriving late. I couldn't find a seat next to my boyfriend, so I spent at least 1/2 of the movie sobbing next to a random teenage dude (who definitely wasn't judging me because he was sobbing just as hard).

Quick summary:
Christine "Lady Bird" McPherson is the type of fierce, dope ass queen I aspired to be in high school. She's smart and self-assured, headstrong and theatrical. She wants to do big, impressive things even though most people in her life tell her to slow her roll. We're lucky enough to get to follow her throughout her senior year at an all-girls Catholic high school in Sacramento, California.

Thoughts:
Other critics have described "Lady Bird" as a "Frances Ha" prequel and I totally agree. As I watched Lady Bird boldly stuff a magazine under her uniform sweater and march over to introduce herself to Danny, I thought, "yep... that's probably how Frances was before life began to relentlessly kick the shit out of her." 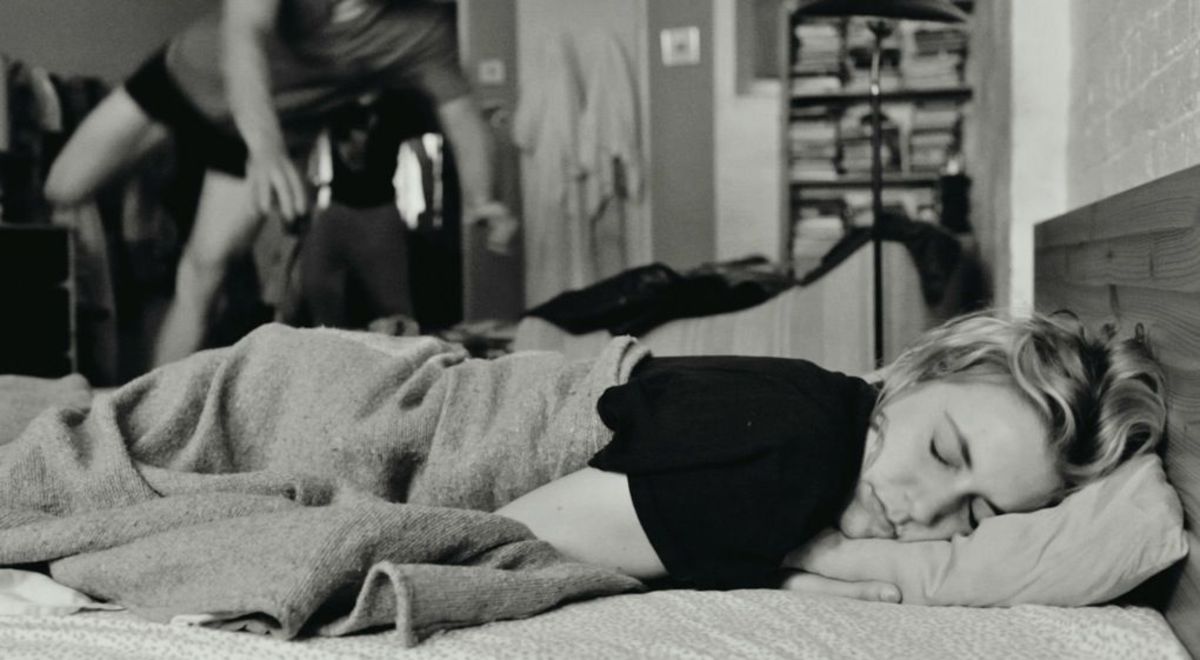 I love Lady Bird because she's earnest and kind. She hasn't yet experienced many of life's disappointments, so she's not bitter or emotionally unavailable. If she wants something, she does everything in her power to get it. She's also resilient. Danny, the love of her life, is gay? That's okay. She understands. She's mad for a little bit, but then she crosses out his name and replaces it with Kyle's. When Kyle turns out to be a douche, as well, it makes her sad, but ultimately reminds her (along with Dave Matthews Band) of what actually matters: her friendship with Julie. 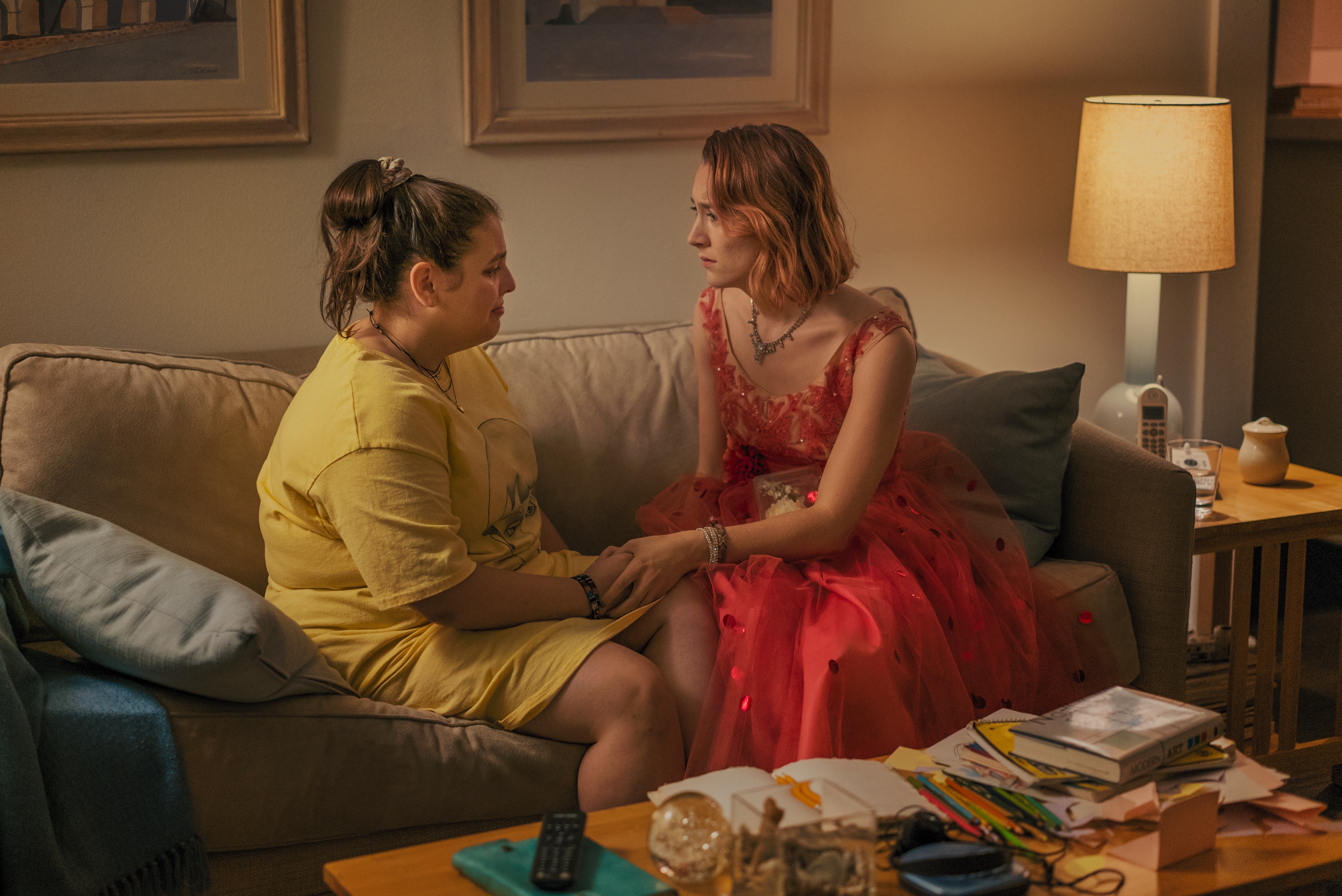 Over the course of her senior year, we see Lady Bird slowly figure out what matters to her just as everything is about to change. She realizes how much she loves and values her friendship with Julie at prom, the last big high school event before graduation. And Julie's not even going to be around for the summer! That friendship will surely take a hit whenever Lady Bird moves to New York. Not because she's a crappy friend, but because that's how those things always work. In order to grow, evolve, and experience new shit, it's essential to leave certain people behind. Also, it's 2003, and texting wasn't a thing people did 24/7 yet. It would be hard to remain best friends with someone who lives across the country when forced to talk on the phone.

One of the most beautiful scenes in the whole film is when Lady Bird moves to New York and begins to unpack her suitcase. She finds a stack of yellow, legal pad pages with drafts of letters her mom tried, but failed, to write to her. Lady Bird's dad explains that he rescued them from the trash because he thought it was important for her to read them. Christine Smallwood says,

The history of mothers on film is one littered with angels and witches. Marion is neither. She’s tender and loving but doesn’t know how to express it; she is often impatient, can be nasty and aggressive and doesn’t support Lady Bird in the way she wants to be supported. (We might call this good mothering, in that she is helping Lady Bird to separate from home.) She doesn’t exactly take over the movie — the film ends on a shot of Lady Bird, alone, on a New York street, with Marion left behind — but she does center it. 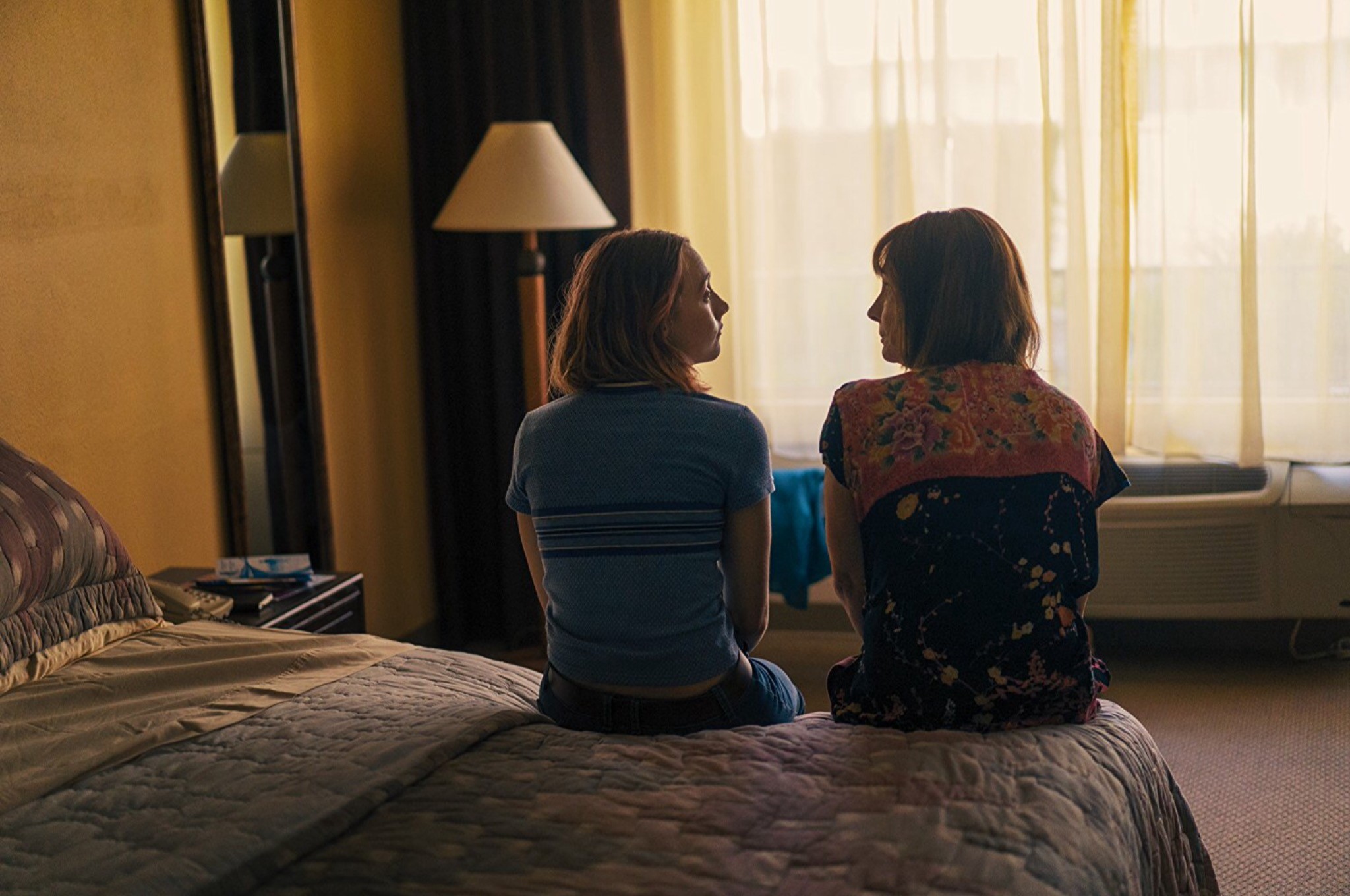 My own mother is a little bit of a Marion. She's not super affectionate and has a hard time expressing emotions. When I was growing up, she was supportive but always ready to knock me down a peg if I got too cocky. She's a realist, which as a teenager, feels synonymous with dream crusher. I wanted to take out a shit ton of loans so I could go to Carnegie Mellon. She said no. (And for the record, I am super fucking thankful for this as an adult.) She's not the type of person you should call when you're thinking about quitting your job and becoming a freelance writer. She will tell you it's a dumb idea and that you need to think about health insurance, retirement savings, etc.

I moved to New York when I was twenty-one and probably never fully appreciated her until I made it through my first depressing year in the city. There was no culminating event that caused me to have an epiphany, but I started to notice that no matter when I called her, she would always answer the phone. It could be 2AM when I was drunk and sad about a boy, walking home from the subway. Or 11AM on a Tuesday, as I ate a Murray's bagel with veggie cream cheese on a stranger's stoop after my second class. No matter the time or topic of discussion, she was always available to talk to me for as long as I needed her. She might not always tell me what I wanted to hear, but she was there and she listened.

At the end of the movie, Sister Sarah Joan (Lois Smith) comments that Lady Bird's college application essay shows how much she loves Sacramento. Lady Bird is initially taken aback, but says, "I guess I pay attention." The sister then asks, "Don’t you think they’re the same thing?" In certain relationships, paying attention is enough. You can't choose your family or the place where you grew up and you might not connect with them on a deep level, but you owe it to them and yourself to pay attention.