Vibe:
Absurd in the best kind of way. About twenty minutes in, my boyfriend turned to me and asked, "what is this?" I couldn't answer because I truly had no idea. It's as stylized as a Wes Anderson film, as strange as David Lynch, and funnier than anything I've seen in the past 10 years. I laughed out loud many times during this movie, and as I said during my review of "A New Leaf," I'm not typically one to lol.

The characters are eccentric and deadpan to a fault. Just watch Isaac (Brett Gelman) during his family's rendition of "A Million Matzoh Balls" and you'll see exactly what I mean. In general, the cast is killer and features stellar performances from some of my favorites: Brett Gelman, Gillian Jacobs, Michael Cera, and Martin Starr. I wasn't familiar with Nia Long before watching this film (I still haven't watched "Empire"), but she was likewise stellar.

I also loved Heather Christian's score so much. The solo clarinet pieces felt very, "fuck you, Woody Allen" and everything was so grand and all-encompassing that the tone of each scene deepened tenfold as a result.

Best time to watch:
When you're feeling bored with all the recent new releases and want something that will truly knock your socks off. If you like Wes Anderson, The Coen Brothers, "Arrested Development," and/or David Lynch, "Lemon" should hit your film magic sweet spot.

When you feel like laughing. Here are just a few of the insane events from the past week:

WE NEED SOMETHING TO LAUGH AT, DAMMIT. Put down your phone, stop reading the news/Trump's Twitter, and watch "Lemon." Give yourself at least one hour every day that is completely free of insane, racist, corrupt nonsense. Pretend you live in an alternate universe where people might be kind of crazy, but in a fun way... not one that makes you want to pull out all your hair and set everything on fire.

Worst time to watch:
With someone who doesn't have patience for/like absurdist comedy and is going to spend the whole 1.5 hour movie asking, "what does this mean?" Actually, you shouldn't watch any movies with this kind of person. Why are you friends with this person? You should probably kick him/her to the curb right now.

After watching a bunch of other Michael Cera movies. I think I'm in the minority, but I love Michael Cera and don't give a fuck that he plays nearly the same role in every film. I find him endearing and delightful. I love it when he pops up unexpectedly, like as Wally Brando in the new "Twin Peaks." With that being said, I tend to max out on him pretty quickly. I love him, but I can only take him in small doses. I do not recommend watching this movie after binging on "Arrested Development" all day, for example.

Quick summary:
Isaac is an aging, Jewish LA fuck-up whose life only gets worse when his blind girlfriend Ramona (Judy Greer) breaks up with him.

Thoughts:
Sometimes I think that no matter how good my life appears on paper (or Instagram), I'll always see myself as a directionless loser. I'm never satisfied in the moment, always convinced I could be doing more/better. Things could be great, but I'd still feel like they were at rock bottom. That is, until a new, shitty thing happens and I realize how much I actually preferred my old circumstances.

Coming to terms with mediocrity and failure is tough, especially when you're the type of person who is self-loathing, but also sets impossibly high standards. Isaac seems to be this type of person, which is why I found myself rooting for him during "Lemon" even though he's inarguably terrible.

At one point in time, it sounds like he was a successful actor, but when we encounter him, he's teaching a shitty Acting class (capital-A intended) and the best thing he's able to book is a print ad for Hep C. He has delusions of grandeur, which we see peeks of during his interactions with Alex (Michael Cera), but also definitely realizes his life is shit. As he listens to a sad string of voicemails in his bedroom, his despondent expression says it all.

His old identities have been stripped away, and he's struggling to come to terms with his new one. He's no longer a recognizable actor who lives in New York City. His girlfriend has left him for another man. Who the fuck is he? What meaning does his life even have? How does he forge meaningful connections with people? What does he realistically have to offer the world?

After his adult diaper audition, Isaac spray paints "WHITE NIGGER" on Alex's car because he no longer identifies with him. Initially, he seemed to view Alex as one of his peers. Alex is pompous and cocky, confident in his talent and brazen about his opportunities. He's the type of person who says shit like, "I've been using colors in my exploring" and "I've been doing a lot of animal work," when asked to talk about his development as an actor.

When Isaac is in a good place (self-esteem-wise), he seeks out Alex's approval because he feels he deserves it, and it helps him solidify his own self-image. As Alex gets in his car after their initial encounter, Isaac tells him, "I feel like we'll have a lot to offer each other socially." I think he truly believes this when he says it. After the adult diaper audition, not so much. The adult diaper audition is a reality check. It reminds Isaac that he actually sucks and if Alex were around to see him pants-less, gibbering lines about incontinence, he would cringe with secondhand embarrassment.

After Ramona officially leaves Isaac, he can't stop thinking about Cleo (Nia Long), the makeup artist he met on-set for the Hep C photoshoot. At Passover Dinner with his family, his sister asks, "are you depressed?" He replies with a monotone, "it's unclear." They ask him where Ramona is and he has several encounters with Dr. Gold (David Paymer), a family friend who can't stop lamenting over his impending divorce. Seeing all his bizarre family members coupled up as his own relationship crumbles makes Isaac something of an outsider in the once place where he ostensibly should belong.

In an attempt to quell the loneliness, Isaac reaches out to Cleo, the beautiful makeup artist who was nice to him, even though he was socially weird around her ("My sister has a black son"). They go on a few dates and each interaction is more awkward than the last. I think Cleo is one of those people who tries hard to give every person the benefit of the doubt until they make her so uncomfortable she has no choice but to shut it down immediately. Of course, this is what happens with Isaac. (When Aunt Lily tells you to run, you run, dammit).

At the end of the film, no one saves Isaac. He's left with a shit he literally can't wipe (no toilet paper) and a Saab that needs towed. Mediocrity doesn't save the day. His life started at what he thought was rock bottom, until he discovered a new low. When life hands you lemons, it's only possible to make lemonade if you put in the fucking effort. If, instead, you choose to do nothing and just sit around feeling sad/weird/useless, lemons are the best you can ever possibly hope for. 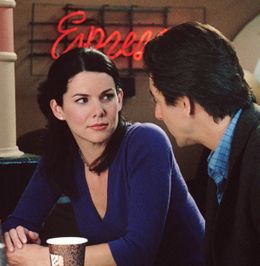 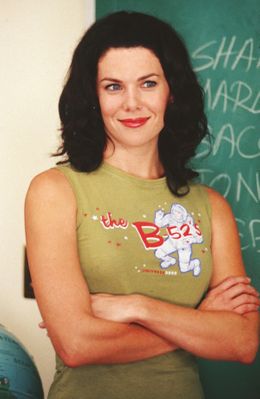