Directing and writing credits:
“That's What You Get, Folks, For Makin' Whoopee” is directed by Bethany Rooney and written by Rebecca Kirshner. Rooney previously worked on S1's "Forgiveness and Stuff," the episode where Jane Lynch plays a cranky nurse. As I was perusing Rooney's website, I noticed that she and Mary Lou Belli, another veteran TV director, wrote a book together in 2011 called "Directors Tell the Story: Master the Craft of Television and Film Directing." I can't personally recommend it as I haven't read it, but it looks like a nice practical guide for anyone who's interested in directing for TV.

"Emily Says Hello" - Paris has a psychotic break while "experiencing" Ramadan.
"How Many Kropogs to Cape Cod?" - At least ten Kropogs of gin are required to deal with this rich people nonsense.
"Always a Godmother, Never a God" - "Duffle bag" goes from innocent accessory to pornography in the blink of an eye.
"Bridesmaids Revisited" - In a near-perfect illustration of a red flag, Zack proposes to Lane while wearing fingerless gloves a la Marv from "Home Alone."

Of all her episodes, "That's What You Get, Folks, For Makin' Whoopee" is the most unforgivable, what with Lane's pregnancy and "crazy Asia."

Most batshit crazy outfit:
I normally try not to judge pajamas/loungewear, but I want to know what possessed Lane to buy this burnout rainbow unicorn t-shirt with camouflage shoulders and top boob. I could be immersed in the throes of a violent meth addiction and still not find this atrocity appealing.

Liz's "Kiss The Wench" apron, which she's paired with a geode pendant necklace, is tragic but fitting. Maybe it was a gift from Freddy No Thumbs.

Most irritating Rory or Lorelai moment:
We'll discuss Rory's most egregious offense in the next section, but something minor that pisses me off is the way she sticks her tongue out while pouring various sugary syrups onto her waffles. It feels try-hard cutesy and lends even more credence to my Stars Hollow brain injury theory (see below).

Number of times Rory or Lorelai treat their BFF like shit:
Rory's immediate response to Lane's accidental pregnancy news is, "You're going to be a great mother." The show's puritanical approach toward reproductive rights has always disturbed me and, as this piece in Cosmopolitan points out, can't be blamed solely on The WB. The Palladinos had a chance to rectify their approach in "AYitL" and instead of actually doing it, offered a weak sauce pro-choice stance via interview only. It makes zero sense that Rory, "who has a 'Stop The War On Choice' poster on her wall at Yale" would treat motherhood like an inevitability.

Per usual, Lorelai trots Sookie out to perform a cooking task. If I were a professional chef, I can't imagine I'd want to spend my free time making meatloaf sushi for a culturally insensitive 2-person house party, but Sookie seems to enjoy it. Anything is probably better than spending time with Jackson.

Best literary or pop culture references:
In an attempt to quell Lane's fears about becoming a mom, Rory advises, "You don't have to be perfect. I mean, even Gwyneth Paltrow makes mistakes, like "Shallow Hal" and that other movie that nobody saw where she played a stewardess." Well, Rory ... I'll have you know that several people saw "View from the Top" (2003), including me and Richard Ayoade. It did lose ~$10.5M at the box office and Paltrow called it a "terrible movie [...] that Harvey Weinstein talked me into doing," but that's beside the point.

Stars Hollow weirdness:
All those years spent tossing Taylor's salad have finally paid off. With Luke's closed for repairs, Kirk swiftly opens a competing outdoor diner (complete with liquor license) across the street. Kirk has shamelessly ripped off Luke's IP, including his flannel shirt and backwards baseball cap uniform, "NO CELL PHONES" sign, and entire menu. I love it when Kirk drives Luke to the brink of madness, so this interaction is a highlight:

Luke: You're gonna sue me after you crash a car into my diner and bust a giant hole in my wall?
Kirk: For all you know I could have brain damage.
Luke: Oh, I'm pretty sure you do. You know what, Kirk? Go ahead. Sue me. Crash into my diner, make me lose a week's business, make me pay for the repairs, and then sue me for damages - for brain damages! That sounds fair!

It seems like everyone in this godforsaken town is suing for brain damage. First Christopher, now Kirk. Oh, fuck ... is this where Lorelai and Rory get all their takeout money? Is this why Babette and Morey don't have to work? I can see The New York Times headline now: "Brain Injury in Stars Hollow, Connecticut: A Chicken-or-Egg Situation."

Sharpest insult or one-liner:
In a rare moment of bitchiness, Rory says, "My sock drawer could be a better mother [than Courtney Love]." All things considered, Frances Bean seems to be OK. My Instagram perusal tells me she's making art, dating Tony Hawk's son, and booping her cat on the nose, which is what I would be doing 24/7 if I inherited millions of dollars from my dead father. Despite all the shit Love has put her through, it looks like they've reconciled and have a somewhat healthy relationship.

Anyway, just because you can be a better mother than a drug addict doesn't mean you should be a mother. The bar to bringing another human into this world should be higher than basic competency.

Books mentioned/books Rory is reading:
Rory had been reading Andrew Spooner's "Footprint Thailand" (2005) in preparation for the defunct Asia trip with Logan. She laments to Lorelai, "Look at all this wasted effort. All this highlighter ink? Wasted. All of these sticky notes? Wasted." If Rory were at Harvard, she could have put all of that research to good use by taking a travel writing job at "Let's Go." (If you haven't read Elif Batuman's "The Idiot" and "Either/Or," I highly recommend both.)

Best song of the episode:
Pizzicato Five's "20th Century Girl" plays when Rory returns home to find "Crazy Asia" in full swing. I bet Lorelai learned of this dope Japanese pop band c/o "Charlie's Angels" (2000), which features their song, "Twiggy Twiggy." This band is one of my all-time favorite "GG" discoveries for the music videos alone.

Thoughts:
In lieu of playing racquetball and saying/doing shit that would get them 2022 canceled, I wish Rory and Lorelai would try therapy. I know I'm a broken record at this point, but it's so much cheaper than spending thousands on kimonos, Sanrio merchandise, paper lanterns, and Chinese dragons. Seriously, where does a person even acquire these objects on a dime in small town Connecticut?

During her sushi lesson at the inn, Lorelai tells Sookie about what happened when Luke stopped by that morning, begging her to elope. When Sookie asks if she's OK, Lorelai says, "No. I mean, no, not at all. I'm so very not fine, but what am I gonna do, you know? I have to be fine." Per usual, Lorelai compartmentalizes her feelings instead of processing them, which is eventually what leads her back to the golden retriever she procreated with as a teen. It saddens me that this woman can't recognize her problematic patterns of behavior after thirty-eight years.

This refusal to acknowledge emotions is responsible for 95% of Lorelai's dating woes. In S2, she agrees to marry Max despite knowing that she doesn't truly love him. Shortly after that relationship deteriorates, Christopher becomes romantically viable and things quickly escalate. When that revamped romance falls through due to his "condom allergy," Lorelai is left feeling hurt, humiliated, and ready to move on without fully processing the fallout. With Jason in S4, things are convoluted from start to finish for reasons that Lorelai never properly examines. At the end of that season, Luke works up the nerve to profess his feelings and the rest is dysfunctional history.

Lorelai is the type of person who believes that everything will magically fall into place when the right man comes along, failing to identify the role she plays in each relationship's failure. She's a warning sign to everyone who thinks that avoiding problems is a healthy coping strategy. No matter how deep you try to bury reality, that shit eventually rears up and bites you in the ass. The reason why S7 is so hard to watch is because it's the same shit all over again, but with lower quality writing. Without the zip of the Palladinos' quippy one-liners, it's impossible to ignore these glaring character development problems that have gotten steadily worse over the last two seasons.

For Lorelai to move forward and have a happy ending, she needs to actually work on rectifying her most significant personality deficits. Instead of doing that, she'll fall back into maladjusted infatuation with someone who eats oatmeal out of a shoe. None of these men in her orbit are worth any effort. When she runs into Luke on the street, he puts on a chill, unbothered front and casually brags about punching Christopher in the face. As a viewer, how am I supposed to root for Lorelai to get back together with that asshole? She and Luke both need to grow as people and come to some kind of honest understanding with each other about their needs and limitations. Until that happens (and it never will), the interest I once had has mostly dissipated.

It's likewise difficult to care about Rory, but at least she has some redeeming qualities. Aside from my hatred of the way she handles Lane's pregnancy news, I can concede that not all of her advice is bad. She gently pushes back when Lane goes on her "sex is a conspiracy" diatribe and suggests that a sandy beach probably wasn't the best locale for a first time foray. As misguided as her Lorelai-inspired speech about motherhood is, it probably comes from a good place. Had she not made the instant assumption that Lane was continuing the pregnancy, the sentiment about parents not being perfect rings true. If I were Lane's friend, I would have advised her to buy life insurance on Zack, murder him, get an abortion, and run away. No jury would convict her! All her lawyers would have to do is play one video of Zack and the judge would be like, "You've paid your debt already."

If Rory ever tried to analyze her mother objectively, I think she'd be crushed to find how many demonstrations of love were fueled by damage and/or narcissism. On the surface, "crazy Asia" is Lorelai's attempt to cheer up Rory and distract her from the bummer of Logan's absence and their thwarted trip. But it's also a pointless task that Lorelai can use to mask her own sadness and avoid vulnerability. Discussing the merits of "Oreo Red Hot sashimi" is much easier than owning your perennial fucked-up-ness.

When Rory flips out on Lorelai for sleeping with Christopher, it's totally justified. The will-they-won't-they nature of her parents' relationship has had an indelibly negative impact on her. This is yet another major discussion point for a hypothetical therapist. 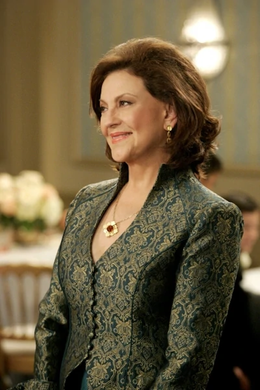 'The Marvelous Mrs. Maisel' Season 4, Episode 8: How Do You Get to Carnegie Hall? 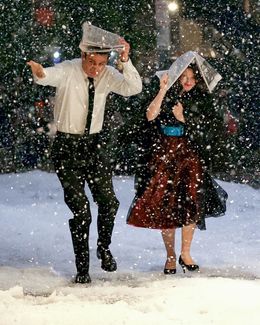