Directing and writing credits:
"The Festival of Living Art" is directed by Chris Long, written by Daniel Palladino. You should definitely be familiar with Long at this point:

"Presenting Lorelai Gilmore" - Emily is horrified by Rory's low-rent cotillion with cotton tablecloths and folding chairs.
"The Bracebridge Dinner" - This is one of my top 10 "GG" episodes. It makes great use of the entire cast and features a Björk snowwoman. What more could you want?
"Help Wanted" - Lane discovers her love of the drums, Carole King makes her first appearance, and Richard reminds us that he grew up in the 1950s and is a misogynist at heart.
"Haunted Leg" - Lorelai Gilmore, notorious attention whore, longs for a good, impressive illness like a haunted leg.
"Swan Song" - Emily and Jess have their first and only scene together and it is pure fucking magic.
"A Tale of Poes and Fire" - The inn catches fire and in an attempt to entertain all of the errant children, Rory's puts on the world's laziest sock puppet show.
"Keg! Max!" - I regret ever declaring my #TeamJess allegiance.
"The Lorelais' First Day at Yale" - Paris rolls into Yale hot with a craft corner, life coach, and some "emotional homework."
"Chicken or Beef? - Pro-tip 1: If you drunkenly confess your love for someone else the night before your wedding, cancel that shit. Pro-tip 2: Don't get married when you're 18.

I have nothing to say about the male Palladino. This is one of his better scripts, primarily because of Kirk's Jesus scenes.

Most batshit crazy outfit:
Where does Lorelai buy all of these skinny, pointless scarves? Does Stars Hollow have a fucking store dedicated to them or something?

Beau (Nick Offerman) somehow manages to one-up her by wearing the type of outfit I imagine a grandpa in the 80s might wear to the bingo parlor.

Most irritating Rory or Lorelai moment:
I hate that Rory shames Lorelai over her valiant stab at fiscal responsibility, but understand that she's young and probably just confused to see her mom acting differently. Remember the termite/loan debacle in S2? I could see Rory observing this penny-pinching behavior and wondering, "Oh, shit. Is there something my mom isn't telling me?"

Number of times Rory or Lorelai treat their bff like shit:
Lorelai is hella judgemental over Sookie's decision to have a home birth and practically gags at the mention of it. She later tells Rory, "I was horrified and I hid it horribly. I wanted to be supportive but throw up at the same time." At least she's self-aware.

Lane is too busy obsessing over band tryouts to interact much with her bff. Surprisingly, Rory has the most diplomatic response to Gil's (Sebastian Bach) audition:

Lane: Okay, Zack, shut up for a minute. I want to hear what Rory has to say. I didn't tell her what she was walking into, so she's our fresh eyes here.
Rory: He's great.
Zack: And ...
Rory: Experienced. And, um, Babette thinks he's really cute, so she's got dibs, and, um, he moves great. The jump was cool.

Everyone else is like, "He's practically dead," even though Bach was only 35 when this episode was filmed. Teenagers are the worst.

Best literary or pop culture references:
This is the 8th episode I've noted that references "The Godfather":

Rory: Well, if they want an Antea for "Portrait of a Young Girl Named Antea," then they're going to have to have you for the Renoir girl.
Lorelai: Well, look at you folding your laundry all haughty and powerful.
Rory: Bada-bing all over his nice ivy-league suit.

By the time the OG series ends, there will be at least 10 more. I think it's the show's most-referenced movie, but don't quote me on that.

Stars Hollow weirdness:
Kirk takes his role as Christ very seriously and refuses to be nice to the Town Troubadour, aka Judas. Taylor makes a bunch of snide remarks about "Hank from Woodbury," which lead me to speculate that maybe they were lovers at one point and had a messy break-up. Babette can't stop salivating over Gil and immediately rushes up to Rory to call dibs and tell her, "That new guitarist - yum yum, like a long-haired cake." It is some intense, autumn of life yearning and I 100% approve.

Miss Patty tells Taylor his beard is sexy and smokes cigarettes backstage at the festival. Andrew refers to "The Reaper" as "some statue" and nearly gives Taylor a coronary. Luke grumbles about the table for "The Last Supper," but ends up building it anyway, maybe even without being asked? The townie material is golden; every moment fills me with joy.

Sharpest insult or one-liner:
I love a good John Ashcroft reference. It brings me back to the days when our biggest problems were the Patriot Act. I never thought I'd look back fondly on the Geroge W. Bush administration, but here we are ...

Rory: This is a violation of my civil rights.
Lorelai: You better do what John Ashcroft says or they may just follow us home.

Books mentioned/books Rory is reading:
Sookie references George Orwell's "1984," but no one actually reads anything.

Best song of the episode:
Gil auditions with "Head On" by The Jesus and Mary Chain. I usually sort of like Hep Alien's covers, but this one is a piece of shit. Zack clearly doesn't know any of the words and sounds like Jimmy McGill making a phone call through an empty toilet paper roll. It's the only song we hear aside from Sookie's baby pager (Scott Joplin's "The Entertainer"), so it wins by default.

Thoughts:
Marie Del Prete won an Emmy for outstanding makeup - the only one "GG" ever received - for this episode. Her interview with Vice is worth the read for anyone interested in BTS knowledge about how the Festival of Living Art "paintings" were created. Even the looks that we only see briefly are insanely detailed and beautiful.

Stars Hollow puts on many kooky town events, but this one is the most lavish. I'm not sure how they justified spending $$$ on an event for the enjoyment of approximately 40 people, but I'm glad that it happened. Woodbury was supposed to host, but wimped out after a bout of flooding, so Taylor swooped in and offered up SH's services. The major roles in the festival are as follows:

Lorelai was almost relegated to costume duty after flinching in the role of Renoir girl 7 years ago, but Rory blackmails Taylor into reinstating her. Luckily, she stays completely still this time, even though Sookie's baby pager sounds mid-performance and causes Miss Patty to mildly hyperventilate ("Oy to the vey").

Aside from festival prep, Lorelai spends most of her time clipping coupons and making disgusted faces in response to Sookie's birth plan. For some reason, Rory is horrified by Lorelai's desire to save money, which is childish and strange. She has to understand that since her mom is currently out of work, she needs to find ways to scale back on her spending until the Dragonfly opens. Who cares if she uses Dream Fresh laundry detergent and rolls into Doose's Market with a pocket full of PennySavers? That shit is fiscally prudent! It's about damn time that Lorelai started living within her means instead of charging thousands of dollars to credit cards.

I find Sookie's storyline annoying and throwaway. Beau, Jackson's brother, shows up for the home birth and is salty when things don't go according to plan. Who the fuck invites a relative over before the baby is even born? Lorelai reacts poorly to the news about the home birth but I kind of don't blame her for being concerned. Bruce (Rusty Schwimmer) is a goddamn nightmare human and even if she is "the best midwife on the eastern seaboard," I wouldn't let her anywhere near my vagina. Was she raised in an underground bunker? She has the bedside manner of Nurse Ratched.

Jackson, as always, is a moron and only useful for mundane errands (a plastic sheet, buckets, and balloons). My husband hates him. When Jackson started blathering on about the sheet, he screamed, "Shut up, you grotesque worm." I don't think Lorelai should be judgemental about home birth, but maybe she has cause to worry about this one in particular. Everyone involved seems to be on a lead and mercury diet.

I hate Sookie's whole, "I'm freaking out because I haven't gone into labor" bit and appreciate that Lorelai helps calm her down. I would have had a hard time maintaining my patience during the "elephant gestation juice" speech. Thankfully, Scott Joplin sounds at the end of the episode and we're spared from more inane monologues about "sandpaper innards" that prove how little anyone knows about anatomy. The final scene is of Lorelai and Rory, rushing across town toward Sookie's house to witness Davey's birth.

Rory doesn't really have her own storyline this episode. She's involved with the festival, snarky about her mom's newfound frugality, and supportive of Lane. She looks lovely as Antea and wears a cute turtleneck and skirt outfit (pictured above) to Gil's band audition. Those are truly the most exciting things I can say about her. For an episode that is beloved by many, there isn't much plot or character development. Gil's appearance and the Festival of Living Pictures make it memorable, but nothing of consequence really happens.

There's a scene at the end where Nicole (whose personality is essentially "corporate lawyer") comes to the diner and tells Luke that they can postpone their divorce, nbd. I don't understand why the writers never give Luke a love interest who poses a legitimate threat to Lorelai. It was always obvious to me that Rachel and Nicole were pure distractions, tossed into the script for the sole reason of delaying the inevitable Luke and Lorelai coupling. At least Lorelai gets to date a few dudes who are more rounded characters (Max, Jason). All of the women Luke is involved with are pure caricatures with no discernible personalities or agency of their own. 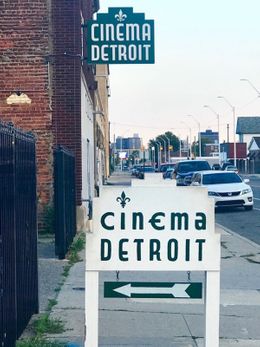