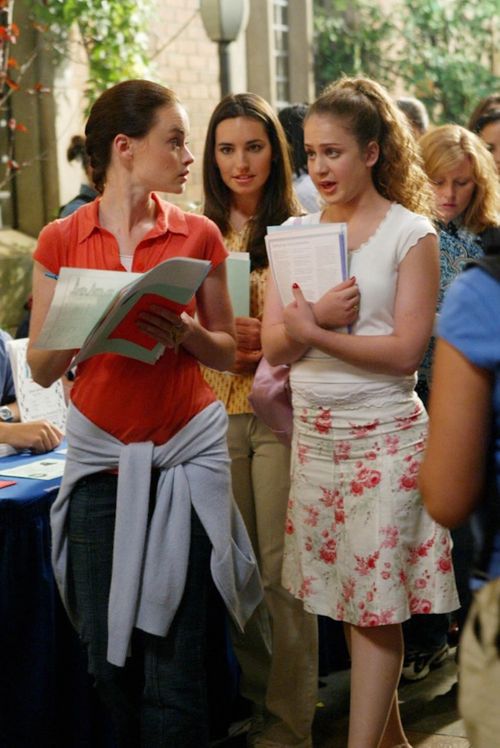 Directing and writing credits:
"The Lorelais' First Day at Yale" is directed by Chris Long, written by Daniel Palladino. Long is probably best known for "The Americans," but he's also directed a ton of "Gilmore Girls" episodes. Here's the running list:

"Presenting Lorelai Gilmore" - All it takes for Lorelai to forget about Christopher's history of dick moves? A Volvo and a tuxedo, apparently.
"The Bracebridge Dinner" - Jess destroys a snowman for Rory's happiness and I remember why I like him, even though he's mostly a little shit.
"Help Wanted" - Richard is a misogynistic jerk who doesn't understand that Lorelai has a life, and a job, of her own.
"Haunted Leg" - Shane makes her second appearance and the slut shaming begins.
"Swan Song" - Jess and Emily make awkward banter about Wal*Mart and I am here for it.
"A Tale of Poes and Fire" - Faux Poes foes.
"Keg! Max!" - Lane drunk dials Mrs. Kim, Jess proves that he's a complete piece of shit, Stars Hollow High's Black guidance counselor makes an appearance, and RICK IS 21!

For a male Palladino episode, this one is light on townies. It does, however, involve some kooky college characters. I live for Paris' life coach, Terrence (Mitch Silpa), and the fifteen-year-old wunderkind, Tana (Olivia Hack).

Most batshit crazy outfit:
Lorelai and Rory both wear questionable outfits for the big move-in day. Rory sports a bright coral polo shirt that makes her look dumpy and unfortunate. Wearing it with a white undershirt and a sports bra (???) was not the right move. It's pretty bad, but what really offends me are her jeans. I'm nearly certain that I wanted the exact same pair circa 7th grade, but my mom (thankfully) vetoed them. Each leg has a vertical seam down the front and the back. I couldn't get a good picture but trust me: they do horrible things for her ass. The front pockets are long and disgusting, too.

Lorelai's outfit is pretty basic and was probably somewhat stylish at the time. Did anyone use the Angelfire doll maker in the early 2000s? Her outfit is something one of the "cool" dollz would wear. right down to the raffia platform sandals.

Most irritating Rory or Lorelai moment:
I hate that Lorelai rushes back to New Haven as soon as Rory pages her. Stars Hollow is ~20 minutes from Yale and gf needs to learn to grow up and figure shit out on her own. I remember feeling sad when my parents dropped me off at college and I was suddenly all alone, but you know what? I fucking dealt with it. I understand why it would be hard for a mother to leave her kid hanging in a time of need, but you have to cut the cord at some point unless you want a 40-year-old living in your house.

Number of times Rory or Lorelai treat their bff like shit:
Lane and Sookie are completely absent; this episode is all about the girls.

Best literary or pop culture references:
I always appreciate a good argument over who is and isn't dead:

At the time, they were both alive; now, they're both dead. Sad.

Stars Hollow weirdness:
All of the townies are absent, sans Luke, who has the patience of a fucking saint. First, Lorelai rudely commandeers his truck. Then, when Luke realizes that she barely knows how to drive it, he ends up chauffeuring her around, and helping Rory move into her dorm. When Lorelai finally returns the truck, it is without the spare tire that was initially in the back, and with a random Yale mattress. Seriously, what does Lorelai bring to their friendship?

Sharpest insult or one-liner:
This might be Rory's all-time best comeback:

Lorelai: Do you know how vulnerable you are to venereal disease?
Rory: All hail to the queen of the non-sequiturs.

Books mentioned/books Rory is reading:
Rory doesn't actually read anything, but I can identify some of the books that we see on her shelf as she's unpacking:

A few of these were seen in other episodes and I appreciate the callback.

Best song of the episode:
"Bright Future in Sales" by Fountains of Wayne feels very appropriate for Rory's first night takeout extravaganza. I remember listening to "Sink to the Bottom" ad nauseam right around the same time.

Thoughts:
It's Saturday morning, aka Yale move-in day, and Lorelai and Rory are busy packing up all of her remaining junk. Lorelai has borrowed Luke's truck for the occasion and I guess she feels like it's nbd that she has zero clue how to drive it. Just thinking about this fills me with waves of anxiety. I guess she doesn't care that she's shredding Luke's transmission ... the air is rife with clutch smoke. Luke's truck is one of his prized possessions and she should treat it with better care. Lorelai Gilmore always does whatever the fuck she wants, and to hell with everyone else.

Luke is clearly so used to this ridiculous behavior that he lets these comments slide during the truck logistics conversation:

Lorelai: God, he's so possessive about the stupid truck.
Luke: It's my truck, I possess it!
Lorelai: I'm just kidding. I'll have it back by four, calm down.
Luke: Okay, I'm just ... I'm not in much of a kidding mood with all this other stuff going on. Divorce papers. Fun, huh?

Maybe he likes that her nonsense helps distract him from his real problems? That's honestly the only rational explanation I can formulate. All Luke wants is to get a quick, painless divorce from Nicole, but her lawyers keep showing up at the diner and harassing him. I can't express in words how much I loathe this idiotic subplot.

After Caesar hands Rory her Yale special - sausage wrapped in a pancake tied together with bacon - the gals head to New Haven for round 1 of mattress/co-dependent insanity.

Rory is so busy freaking out over her ripped map that she barely even notices her dope dorm room that gave viewers everywhere false expectations. It's huge, has multiple fireplaces, hardwood floors, and a connected bathroom. My freshman dorm room was tiny, had stained, cardboard-like carpet, and was weirdly far away from the floor's communal bathroom, shared by at least 20 other girls. If my dorm room looked like Rory's, I would have done cartwheels up and down the exposed brick hallway.

After they part ways for separate orientation activities, some bitchy girl named Diane (Nicole Mansour) makes fun of Rory for taking notes while standing in the ID line. Rory seems to take this in stride, but her spirit is definitely crushed after an awful ID photo experience. In a sea of thousands of people, she is no one special, and it seems like this realization is finally hitting her.

When Rory gets back to her dorm room, Tana follows her. Instead of turning around and saying, "Hey, I'm Rory. Who are you?" she scampers into her bedroom. When Lorelai gets back, she does the same thing. I think the implication here is that it's weird for Tana to walk in to a new place and say nothing, that she is the one making the situation awkward, but all parties seem equally responsible.

Social interactions are hard; sharing a space with other people for the first time is even harder. After Lorelai and Rory discuss and she figures out what's going on, the girls approach Tana and have a nice, but weird, conversation. I really like what Olivia Hack does with this character. She plays Tana as extremely socially awkward, young and naive, but not as a caricature. You can feel nervous energy radiating from her before she even says a single line.

The first time that Lorelai tries to leave, she sees some dude carrying a mini refrigerator and realizes that she's forgotten several items that Rory needs. She promises to come back later after running to the store and picking up additional supplies. Of course, she promised Luke she would have his truck back, so this extra time would be problematic if he wasn't such a pushover. There's also the issue of the mattress. Since Rory is too good to sleep on the Yale-supplied mattress, Lorelai has purchased her one of her own, and promised to dispose of the old one. She has no clue what to actually do with it, so it's sitting in the bed of Luke's truck, destined to become his inherited problem.

While Lorelai is away, Paris ("PG") and her life coach, Terrence, arrive. Paris' dad made a call and now she and Rory are suitemates! "Of all the gin joints." This is the new and improved Paris that we're dealing with now, and let me tell you, she is a goddamn delight. This is one of my favorite exchanges from her initial conversation with Rory:

Paris: Remember my nanny? I lost her over the summer.
Rory: I'm sorry, what happened?
Paris: She opened a pupuseria in Boise.
Rory: So she's okay?
Paris: Yeah, but I was pretty lost. Then my rabbi conferred with my therapist who said a hypnotist he knew thought a life coach would be right for me, and that led me to Terrence. He's here to assist me with whatever I need assistance in, from wardrobe to diet to finding me a kick-ass gynecologist.
Rory: That's great, Paris, really.

When Lorelai returns, this time accompanied by Luke, she drops off Rory's additional items, says hello to Paris and Terrence, and prepares to leave for real. Now that Paris is around, I would expect Rory to have an easier time adjusting. She already knows Paris. She might be a little extra, but she's familiar and safe ... a built in friend from high school. This doesn't stop Rory from paging Lorelai shortly after she leaves and asking her to come back. She's panicked about being alone for the first time and loathes the fact that she is unable to cope without Lorelai.

Instead of forcing her to come to terms with these feelings on her own, Lorelai agrees to stay the night, and orders $500 worth of takeout so that Rory can meet new people in the dorm. As a kid, I thought this was such a nice gesture and good parenting 101.  As an adult, I acknowledge how deeply fucked up it is. At some point, it's important to realize that your parents can't fix everything, and that there are certain skills you must develop in order to independently succeed in the world. If Lorelai had pulled back sooner and forced Rory to deal with more of life's hardships solo, maybe she wouldn't be such a failure when we see her as an adult in "A Year in the Life." 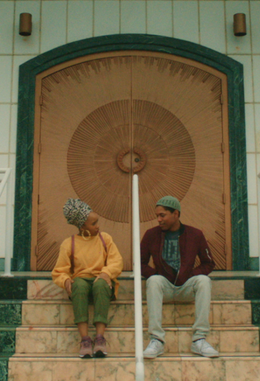 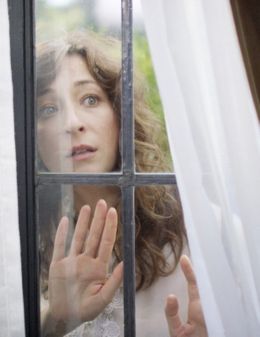