"Presenting Lorelai Gilmore" - Christopher returns to Stars Hollow with a Volvo, the Compact Oxford English Dictionary, a mild addiction to chai lattes, and general douchebaggery.
"The Bracebridge Dinner" - Lorelai makes yet another fucked up choice regarding her daughter, Jess is cute, and a Björk snowwoman graces Stars Hollow with its presence.

This is Heinberg's only writing credit on the show, but he works as a consulting producer throughout the season. His career kind of looks like a dream on paper. He has writing credits on "Party of Five," "Sex and the City," "The O.C.," and "Grey's Anatomy." Oh, and no big deal or anything, but he also wrote the "Wonder Woman" screenplay.

Most batshit crazy outfit:
I guess this is Lorelai Gilmore's hot take on conservative workwear: 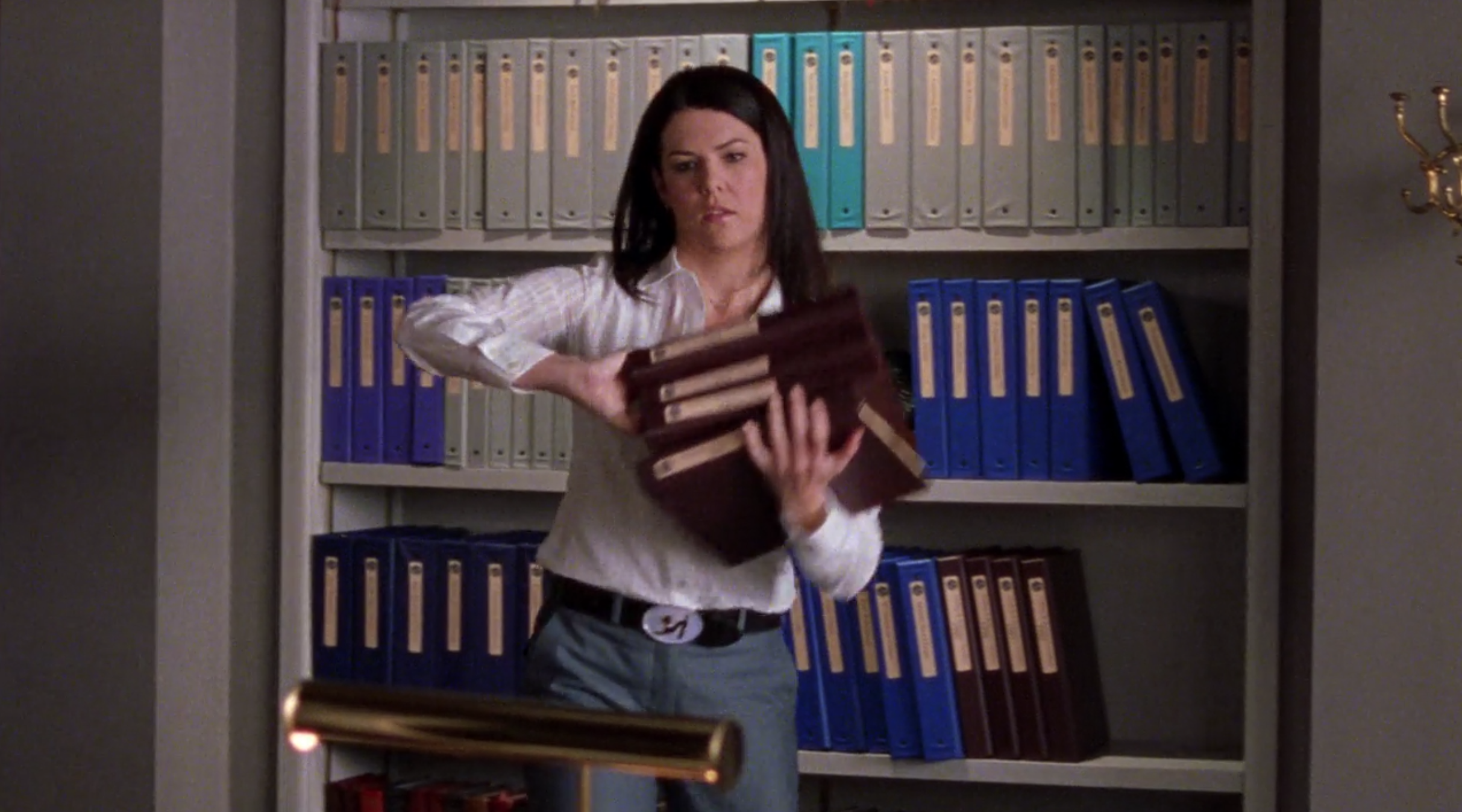 She obviously tried to spice things up with her wide, cat buckle belt, but it somehow just makes the whole outfit feel sadder. I couldn't accurately capture the true hideousness in a screenshot, but please trust me when I say that her pants are a nightmare. They look like Ann Taylor clearance rack rejects and I'm not sure there's a single person on the planet they would flatter. They do absolutely horrific things to Lorelai's ass.

Rory's dress at Richard's launch party is ugly, too. It looks like something a six-year-old child might wear to church on Easter and it's super wrinkled.

Most irritating Rory or Lorelai moment:
Nothing says I love you like overpaying for something:

Rory: The Little Locksmith!
Lorelai: And I got it at the bookstore, paid full price.
Rory: Thank you!
Lorelai: You’re welcome – feel better?
Rory: I do.

Congratulations, capitalist scum. Lorelai pretends she's evolved so far past her parents' privilege, but still uses money as a barometer for success and wants to make sure everyone, including/especially Rory, knows she's not poor. Remember when Rory was horrifed by her coupon-clipping and grocery-buying in Season 4? Instead of explaining to her that money was tight with the Dragonfly opening, Lorelai lied about it and pretended that everything was fine. Unlimited books, movies, and takeout/junk food = I love you in Gilmore.

Number of times Rory or Lorelai treat their bff like shit:
Lane is obsssed with the idea of becoming a drummer and Rory is kind of negative when they talk about it on the phone.

Lane doesn't seem remotely upset or discouraged by Rory's legitimate/realist questions, so I won't hold it against her.

Best literary or pop culture references:
I have one ex-boyfriend that I never refer to by name. I call him "that Sal Mineo wannabe" c/o Taylor Doose and everyone knows exactly who I mean because it is obvious to anyone familiar with this person in college. I don't know what he's like now. He's almost thirty, so I hope the douchery has finally taken a back seat. 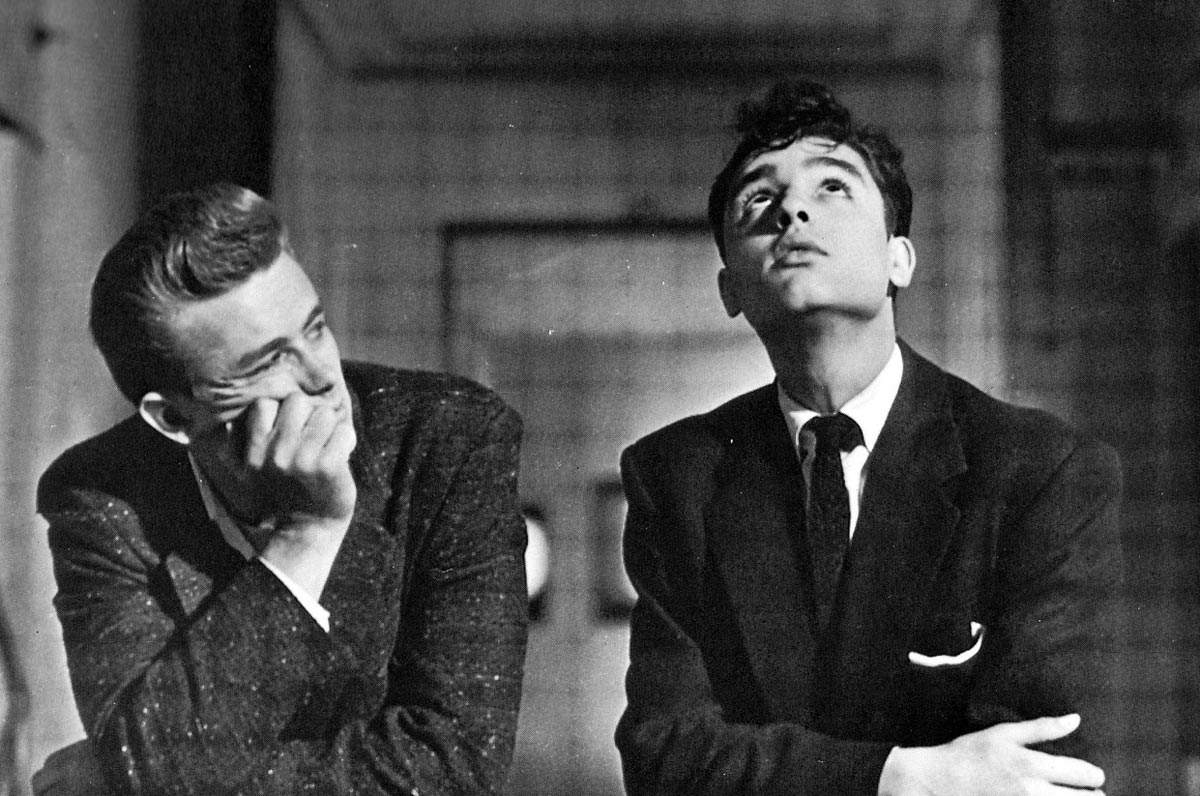 You wanna act like Sal Mineo? You must be as attractive as Sal Mineo.

Stars Hollow weirdness:
Everyone is upset with Jess for wrecking Rory's car and destroying Taylor's new sign. She tries to insist that it's just as much her fault, but no one wants to hear it. Babette tells her,

"For every good woman there’s a dirty little wolf just ready to lead her astray. You can’t help it, he’s got the eyes, the chin, the chest hair you could carpet your dining room with ... I mean, what’s a woman to do? We’re not made of steel for God’s sake."

I understand Rory's irritation completely because everyone treats her like she's a moron who isn't in control of her actions and was manipulated by a charming and attractive dude. Rory has autonomy, you misogynists! The townspeople of Stars Hollow are all upbeat positivity at the surface, but something much more troubling just below.

Sharpest insult or one-liner:
I love this exchange at The Hungry Diner:

Lorelai: This sucks.
Rory: Just put a lot of stuff in there so you can’t taste it.
Lorelai: How am I gonna fit my three sugars into Barbie’s Malibu dream cup here? It’ll be all sugar and no coffee.
Rory: You may prefer it that way.

Best song of the episode:
"Heavy Metal Drummer" by Wilco. I think I've seen Wilco live more than any other band. I once convinced my 12th grade English teacher to let me write a poetry paper on "Hell is Chrome" because "all of Jeff Tweedy's lyrics are poetry." He was a stoner dad, so he understood my logic completely.

Thoughts:
Richard Gilmore is so wealthy that he doesn't understand how shopping works. He seems truly flabbergasted to discover it's possible to walk into a store and buy boxes of pens. He doesn't know how to work the thermostat, set up his answering machine, or organize his files. He never had to do any of these things because he's always had a woman (Emily, Margey, his mother, one of the maids) to do them for him. It's depressing, tbh. 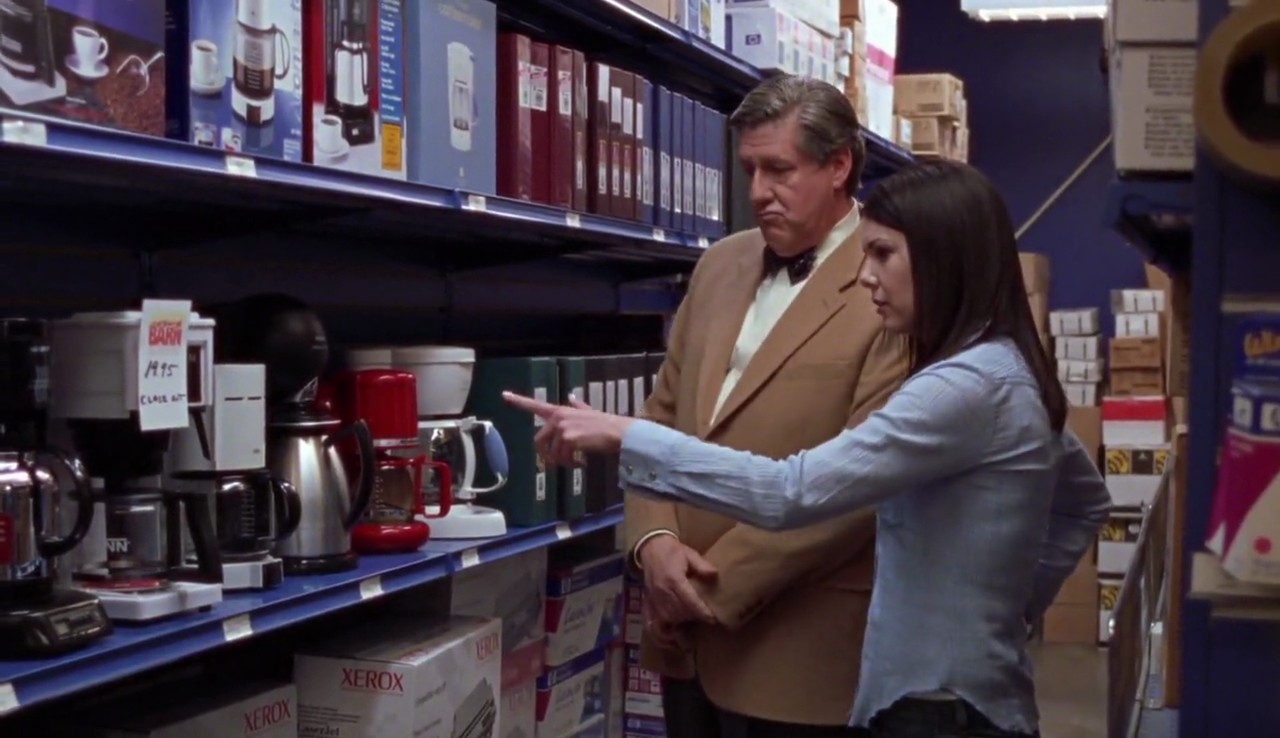 Richard Gilmore probably doesn't even know how to make coffee.

The way he treats Lorelai in this episode is pretty unacceptable. She takes time out of her schedule to help him and he never once tells her thank you. He's complimentary - "You’re like the tiny fellow on that "MASH" program, always anticipating" - but never in a straightforward way. A comment like, "Lorelai, I know you're really busy and I appreciate your help" is never uttered.

After she tells him that she can't stick around because she needs to get back to her real job, Richard acts insulted, like Lorelai has deeply hurt him and is an unreasonable brat. He also patronizes her, which fills me with rage:

Lorelai: I can’t work here ‘cause I have my own job.
Richard: I know that, Lorelai.
Lorelai: And I need you to find an assistant soon, like now because I don’t even know when I’m gonna be able to come back.
Richard: Well, I need to see more resumes. In the meantime, -
Lorelai: Dad, I cannot come back here tomorrow.
Richard: I see.
Lorelai: I didn’t mean that to sound so harsh. I just ... I meant –
Richard: I know exactly what you meant to say, Lorelai. I got the message. Well, I won’t keep you any longer, I know how busy you are.

His tone when he says "I know how busy you are" clearly indicates that he doesn't believe she's actually busy. The entire exchange makes me think that Lorelai treats her parents relatively well, all things considered. If Richard and Emily were my parents, I would have completely cut them out of my life and never looked back. They don't take her seriously, treat her like a child/moron, and never express gratitude or show vulnerability.

Lorelai is definitely a jerk sometimes (especially next season with the whole Yale debacle), but I think Emily and Richard are in the wrong more often than her and I understand why she actively tries to distance herself from them. Being around them too much would give anyone low self-esteem and probably an anxiety disorder. 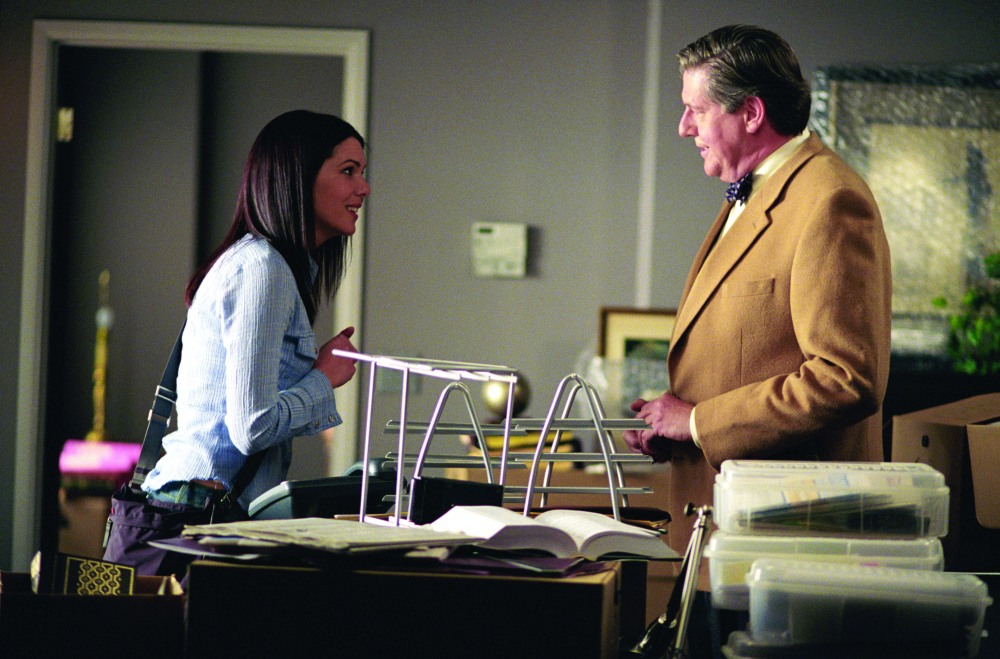 "So, let me guess, the Wu-Tang Clan had the office before you?"

While Lorelai deals with Richard's bullshit, Rory laments that no one is taking her involvement in the car accident seriously. As previously mentioned, everyone treats her like a mindless idiot who was unwittingly involved because Jess manipulated her. It's enough to drive anyone crazy and I don't fault her for flipping out on Loreali at the launch party.

Lorelai: I know you think that Jess is your friend, but he’s not. He is a completely out of control, really angry kid who has no respect for Luke, who has no respect for me ...
Rory: It was an accident!
Lorelai: And he was driving!
Rory: So, what, no matter what I say, you’re just gonna choose to blame Jess?
Lorelai: Yes, I choose to blame Jess.
Rory: Just because you hate him?
Lorelai: That’s right! I’m sorry, but when my daughter comes home broken I get to hate the guy who broke her. That’s how it works. He’s gone, I win. You are wearing a cast and I get to hate him forever!

Lorelai has every right to dislike Jess, but come on ... it was a fucking accident. Let it go! If she wants to blame anyone, she should blame Rory because she's the one who let Jess drive her car.

Even though Rory's rage toward Lorelai is justified, I wish she had directed it at Dean. Writing him a letter is cowardly and his reaction is pathetic. Where's the passion? If Jess hadn't come to Stars Hollow, Rory and Dean would have continued with their oatmeal romance until death. 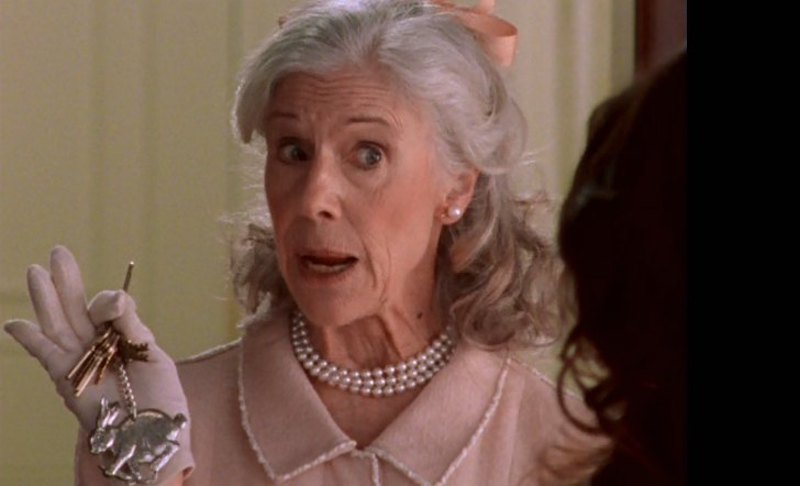 "Don't you hustle me. This is Chanel." 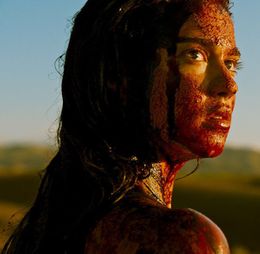 Interview with Maria Reinup, Creative Director of What the Fest!? 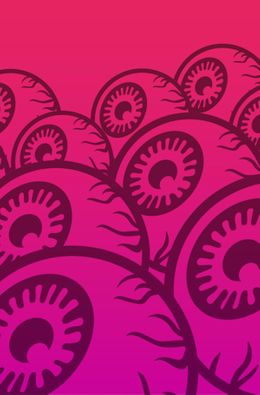