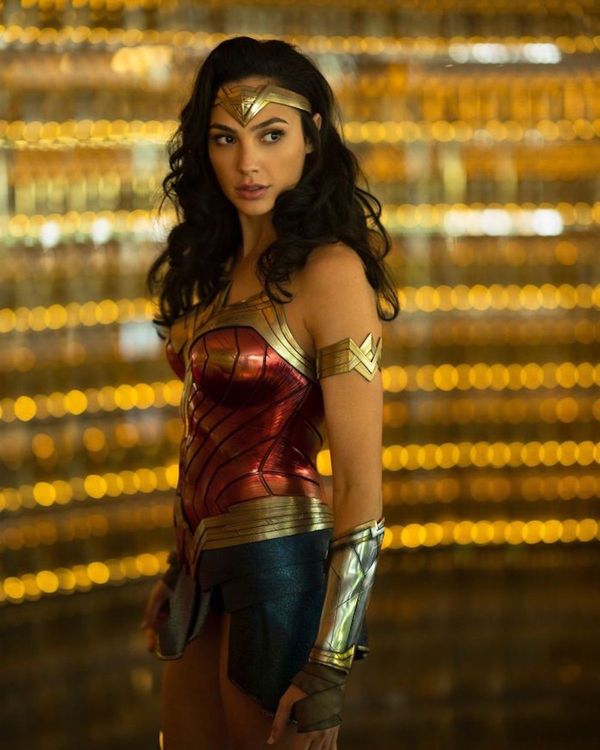 Vibe:
Kickass. So, so, so kickass.

Remember in "The Force Awakens" when Rey kicks Kylo Ren squarely in the chest and you have that moment of “OH MY GOD IS THIS HOW THE BOYS HAVE FELT THIS WHOLE TIME?!” This is 2 hours and 21 minutes of that.

Not a Star Wars fan? It is also that feeling you get when:

In short: It is the movie we have needed forever, but especially now.

Can I get something out of the way here? There are those who disagree with me on this and have serious critiques about the film and its leading lady, Gal Gadot, and where the film (and her role in it) do and do not fit in intersectional feminism. There is also a lot written about that by those more qualified than I am. (See these pieces in Slate, Bustle, and Wear Your Voice for a good overview of this critique.) "Wonder Woman" is far from perfect and I encourage you to read the aforementioned pieces and draw your own conclusions.

Best time to watch:
Have you had a shitty fucking day? Do you find that it feels like the patriarchy is smashing you more than you are smashing it? Do you need to feel empowered and ready to get back up, swinging? Do you long for the days you could turn on the TV and watch Buffy slay?

Worst time to watch:
When you’re looking for something smart or esoteric that you’ll get massive points for bringing up at your next slightly pretentious dinner party. It’s a comic book movie, people. If you want to think more than you want to feel good and eat popcorn, this isn’t going to be your jam.

Where to watch:
You can still catch it in many theaters, and trust me, that’s where you want to see it. This movie is made for the big screen and overly buttered popcorn you’ll immediately regret. It’ll be out on Digital HD in August and DVD/Blu-ray in September.

Quick summary:
Island of Amazons gets breached by an American pilot during World War I. Diana/Wonder Woman (Gal Gadot) saves his life and feels called to return to his world and war in an effort to bring peace. The movie follows the action of Diana and a cohort of mismatched and mischief men as they try to stop an Unbelievable Catastrophe at the heart of World War I in Britain.

Thoughts:
This is a superhero action movie, through and through. There are a lot of explosions and battles, a fair amount of humor, and a touch of romance. It follows the formula while flipping it on its head. There is nothing groundbreaking here, cinematically.

Don’t get me wrong, it follows the formula well. Which, may seem straightforward, but screenwriters and directors keep trying to fuck with it, despite plenty of examples of how terribly that turns out. I’m looking at you, "Ironman 3" and "Superman Returns."

There’s more to it than just having a leading lady as the actual lead. The superhero universe has been a serious boys club. And that’s even in the context of the broader film industry, which itself is a serious boys club – women comprised 4% of directors and 11% of writers in last year’s top grossing films. It’s boysclubception over here.

Then comes Patty Jenkins and Wonder Woman. It’s the first film directed by a woman to make more than $100 million its opening weekend.

Of her success, she said in an interview with Time: “I can't wait till enough women filmmakers have had a chance to make movies of this size and scale and those movies have been successful. There will still be conversation about smaller issues. But it will be nice that they can just be filmmakers making films.”

So before you’ve even seen the opening titles, take a minute to let that sink in. This is a big movie about a badass woman made by a badass woman.

It opens in Themyscira, a beautiful island home to the Amazons, beautiful and powerful female warriors. Life seems pretty perfect: training on idyllic beaches and in lush green woods, returning home to beautiful palace life at the end of the day.

In a world where we’ve convinced our young women that to be a cool girl is to “hang with the guys” and say she’s “not like most girls,” Themyscira is a needed reminder of the fact that the coolest women are the ones who support other women and know the value of female friendships.

That’s a message I want women of all ages to see and hear more often. (Says the woman who made it through her early twenties smoking Marlboro Reds and drinking straight whiskey while laughing at the women who coughed at the obnoxious smoke and sipped pink drinks. Pink drinks are delicious and hanging with the ladies is the coolest place to be.)

Then WWI pilot Steve Tremor (Chris Pine) has to come crashing through their magical barrier, bringing a throng of angry German military members close behind him. Way to ruin paradise, bro.

What follows is a mixture of smart jokes poking fun at movie clichés (“Really, specs? Suddenly she's not the most beautiful woman you've ever seen?”), a powerful woman who takes no shit from men (“What I do is not up to you.”) and some surprisingly sophisticated, if not groundbreaking, thoughts on the nature of war and duality of humanity (“But then, I glimpsed the darkness that lives within their light. And I learned that inside every one of them, there will always be both. A choice each must make for themselves. Something no hero will ever defeat.”)

One complaint I often heard was that Wonder Woman is ultimately motivated by her love of a dude. While that’s a valid interpretation, I prefer one posited by a friend of mine, in which it’s not her love of him that motivates her, but the realizations she has about greatness and goodness of humanity based off of his actions.

The other? But why does Wonder Woman always look absolutely beautiful, even in battle?

I remember a story (that I now can’t find the source of) from when "Transformers" was released, in which Michael Bay responded to the many critics of Optimus Prime having flames by simply saying, “It was my movie and I wanted him to have flames.”

Similarly, Patty Jenkins responded to this in an interview with The Guardian by saying, “As I always say, it would be more practical if Batman were built like a very small rock climber, it would be much easier to get into spaces, to do all kinds of things. Well, that’s not your fantasy. Your fantasy is he’s unreasonably big and built. Good. My fantasy is that I could wake up looking amazing, that I could be strong and stop the bully but that everybody would love me too. I think that’s intrinsic to fantasy – fantasy is fantasy.”

In other words: It’s a movie. And it’s a damn good one at that.