Directing and writing credits:
"Those Are Strings, Pinocchio" is directed by Jamie Babbit, written by Daniel Palladino. ASP usually writes and directs the season opener and closer, so I was surprised to see her name missing from the credits. The male Palladino and Babbit do a nice job, though; I enjoy this episode. There is less townie action than I would expect, but we do get a little sprinkling of Kirk insanity.

If you need a reminder of Babbit's previous work, here's a running list:

"The Road Trip to Harvard" - Rory and Lorelai stay at the Cheshire Cat Inn and decide that a dinner of Certs is better than awkward small talk with a bunch of dentists. I don't blame them.
"Dead Uncles and Vegetables" - "Van Halen hair" opens a vegetable stand across from Doose's and Taylor nearly shits himself.
"Lorelai's Graduation Day" - I am offended by Rory's french press technique and no longer trust the Gilmore Girls on anything coffee-related.
"Take the Deviled Eggs..." - Lorelai, aka Tookie Clothespin, gets conned into attending Sherry's baby shower and hijinks ensue.
"That'll Do, Pig" - Lorelai proves that she has no idea how to properly tie a scarf.
"Lorelai Out of Water" - Lorelai wears one of her all-time worst outfit during her kiddie pool fishing lesson with Luke.
"The Big One" - Paris has sex with Jamie and melts down on national television.
"Say Goodnight, Gracie" - Lorelai and Sookie negotiate a business deal at a funeral; Jess' deadbeat dad shows up in Stars Hollow; Dave Rygalski reads the entire Bible in one night.

Most batshit crazy outfit:
I appreciate glamour-puss daytime sequins as much as the next woman, but damn ... don't you think this is a little overkill, Emily? The bedazzled zipper pull is really what tips me over the edge. I'm also dismayed to report that the high neck gives the illusion of waist-level boobs. Rory's graduation dress is probably uglier (ruffles in all the wrong places), but that's to be expected from the queen of corduroy pants and unflattering earth tones. I hold Emily Gilmore to higher standards.

Most irritating Rory or Lorelai moment:
This episode perfectly illustrates the perpetual saftey net that Richard and Emily provide. A normal kid would either be forced to take out loans or live with the fact that her mother sacrificed a dream for her happiness, but not Rory. How lovely to have grandparents who basically function like an overflowing ATM as soon as money gets tight.

Ugh. I can't wait to watch her flail around like a dumbass in "A Year in the Life."

Number of times Rory or Lorelai treat their bff like shit:
Lorelai shows up at Sookie's house with a bottle of champagne, and announces that it's time for a celebration. After Jackson cranks "Mexican Shuffle," she tells them that the Independence Inn is closing. To make matters worse, she can no longer afford her share of the downpayment for the Dragonfly. There truly is no silver lining. I guess Lorelai gets off on making people journey through emotional mood swings? Nothing else explains this bitch's bizarre behavior.

Best literary or pop culture references:
Rory's graduation speech is one big, literary circle jerk. If not for Lorelai, it would probably be all Proust and Faulkner, so I really must commend her for at least introducing Rory to Patti Smith.

Stars Hollow weirdness:
Taylor drones on and on about the deer population at the town meeting. Dean, who is there to "help" with some props, reluctantly makes up with Rory after she offers to buy him a set of mixing bowls. Later, Kirk inspects the Dragonfly for mold and reminds Lorelai of Ed McMahon and his dead dog. I wasn't aware of this, but apparently, McMahon and his wife won a $7.2M lawsuit against the American Equity Insurance Co. after toxic mold killed Muffin, their dog.

Sharpest insult or one-liner:
I love it when Paris acts like she's cool about losing valedictorian to Rory, then immediately whips out a bunch of stats meant to crush her.

Paris: I actually googled the personal histories of Ivy League valedictorians going back twenty-five years, and found some enlightening statistics. They don't necessarily do too well in later life, did you know that?
Rory: No.
Paris: Oh, yeah. A lot of business failures, crumbled marriages, suicides, obesity.
Rory: Okay.
Paris: A bunch died in car crashes, several did time, one suffocated when his cat fell asleep on his face.

To be honest, death by cat suffocation is probably my preferred way to go.

Books mentioned/books Rory is reading:
Rory isn't reading anything, but she does referene several books in her graduation speech:

The Internet tells me there is a copy of a book called "Pomeranian: An Owner's Guide to a Happy Healthy Pet" (lol why) on the Gilmore's coffee table, but I'd be lying if I told you I spotted it myself.

Best song of the episode:
Out of pity, I'll go with Brad's rendition of "Cherish" by The Association. It's embarrassing as hell, but I must commend the little dude for his effort.

Thoughts:
This is one of those finales where everything magically falls into place. Lorelai and Sookie are able to buy the Dragonfly, Rory finds a way to pay for Yale, and Friday night dinners are reinstated for the foreseeable future. Everybody wins! If not for Rory's graduation and Luke's awkward dream scene, it wouldn't be a very memorable episode.

From the first scene, Rory and Lorelai's blatant assholery is on full display. While testing out backpacks for their big European excursion, they nearly knock the town troubadour, who is singing Cat Stevens' "Peace Train," to the ground. When they get to Luke's, they toss their packs right in front of the door, and then Lorelai starts to remove her boot so that she can examine her blistered feet. Thankfully, Luke pops up and grumpily tells her to get her shit together. Only a monster would think this behavior is okay.

After disrespecting his establishment, the girls harrass Luke about his vacation plans with Nicole. Rory says, "Romantic cruises say commitment, my friend," as if she's some sort of relationship advice columnist. Even after all of this irritation, Luke helps Lorelai assess the shape of the Dragonfly while Kirk scurries around and looks for mold. He attends Rory's graduation, something her own father doesn't even do, and cries when she gives her valedictorian speech. I know his post-April actions are questionable and he doesn't always do a great job of expressing his feelings, but he truly cares about other people. Luke is a good egg.

At the Independence Inn, everyone is bored because nearly all of the rooms are closed and the kitchen is still off-limits. When Lorelai talks to Mia's son, John, he reveals that his mom is leaning toward selling. After the decision is finalized, Lorelai runs over to Sookie's house and breaks the news to her in the rudest way possible. I still don't understand why she paid her parents back for Chilton when she knew she had a bunch of upcoming expenses that she clearly hadn't factored in to her plan. How was she planning on paying for Yale and the Dragonfly before this unexpected bad news? There's no way her income alone would have covered the full cost. I guess people with rich parents have little incentive to learn how to budget.

Although Lorelai is aware of the reality of her situation at this point, she still hasn't talked to Rory. When she finally does disclose the dilemma, Rory is baffled. Did she think she was going to get a full ride to Yale? My favorite part is when she suggests that "grandpa's money" is going to cover a significant portion of either Yale or the Dragonfly. The check Lorelai received from her investment was only for $75k. How much do we think Chilton cost over three years? In the first episode, Lorelai receives the bill and says, "Wow, that is a lot of zeros behind that five," which leads me to believe it was $50k. Choate cost $20k/year around the same time, so this seems like a reasonable number. After Lorelai pays back Richard and Emily, this only leaves her with $25k to put toward a down payment or college.

Clearly, "Gilmore Girls" is not/has never been realistic about money, but my point here is that even by extremely lenient TV standards, there is no fucking way that Lorelai could afford to pay for her upcoming commitments even if she hadn't lost her job. Remember how this woman couldn't even get a $15k loan to pay for her termite damage? Knowing this, I guess we're to assume that she is financing the purchase and repairs of the the Dragonfly either a) out of pocket or b) with Sookie's help, assuming she's in better financial standing. The show wants us to blindly believe that Lorelai had it all figured out until losing her job at the Independence Inn, but as an adult, I just can't suspend my disbelief.

When Rory realizes that her mom is incompetent af, she runs to her grandparents before the graduation ceremony and reinstates Friday night dinners in exchange for tuition money. Richard tries to act like Rory is some shrewd negotiator, but here's how the conversation goes:

Richard: Oh, I'm happy to pay for Yale, but I don't want it to be a loan.
Rory: No, I don't want that. I want it to be a loan, because otherwise it's too easy.
Richard: Well, then here's my counteroffer. Let's make it a loan, but I insist that you not start paying it back until at least five years after you graduate. Seven years if you go for your Master's.
Rory: That sounds fair, but I should pay interest.
Richard: No.
Rory: Grandpa.
Richard: You are not going to pay me interest on this money, no way. That's a deal breaker.
Rory: Okay.

Can these be my grandparents? I would gladly attend dinner every Friday night in exchange for a 0% interest loan.

At graduation, Lorelai wants everyone to know she's the valedictorian's mom, and Luke and Jackson can't stop asking Richard about Chilton insurance costs (weird). Lorelai is kind of peeved when she finds out that the elder Gilmores are paying for Yale, but she and Sookie are stoked that they can now put a bid in on the Dragonfly. Brad sings a rendition of "Cherish" that makes everyone cringe, Paris has objections to the Pledge of Allegiance, and Rory gives a speech that is ... self-absorbed at best, weird as fuck at worst. Can you imagine if someone got up in front of the whole school IRL and started yammering on about how much they admire "the dazzling woman from whom I received my name and my life’s blood." Everyone would be like, "Um, cool story, weirdo." Since this is TV and we've watched three seasons of their loving, dysfunctional relationship, the writers are counting on a reaction that is more like, "Awwww."

Nothing exciting happens post-graduation. The grandparents gift Rory a Prius, she and Lorelai realize Chilton is no longer scary, and Luke has a weirdly misplaced dream sequence. It's obvious that the writers wanted this scene to end the episode, but were probably forced to move it up so that the finale could end with the Gilmore girls instead. It makes zero chronological sense for Luke to get home, fall asleep, and dream about Lorelai before everyone else leaves Chilton. But whatever ... things rarely make sense in the fucked up, ass-backwards alternate universe of Stars Hollows. I guess the other notable event is that Jess calls Rory and says nothing. Among other things, she tells him, "I think I may have loved you, but I just need to let it go." Good for you, Rory. Kick his sad, teen punk ass to the curb and start fresh. 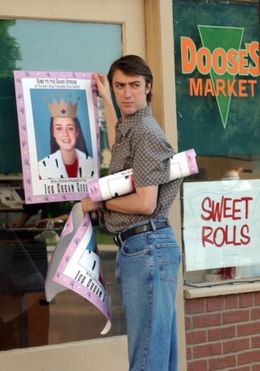 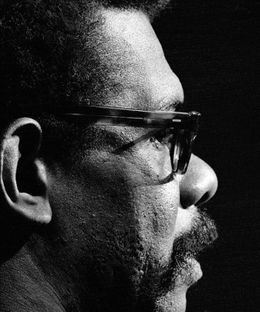