To no one's surprise, Midge is now working as a warm-up comic at the Wolford burlesque club. While the talent is impressive, the stage management, run by some dipshit named Boise (Santino Fontana from "Crazy Ex-Girlfriend"), isn't exactly stellar. The episode opens with a great performance by a dancer dressed like an angel (Jillian Schmitz) but behind the scenes, women are getting smacked in the face with dangling hooks and dealing with gross men who stroke the salami during their sets. The front of the house is likewise impacted when the dancer lineup changes randomly and Midge's introductions no longer make sense. Surely, a glow up storyline where Midge and Susie whip the club into shape is on the docket.

What I like most about Midge (and all ASP protagonists) is her hustle. She's not one to enter into a subpar situation and succumb to the shit show. If life isn't up to her standards, she finds a way to improve it. It often makes her momentarily insufferable, like when she flirts her way into various lines of credit in the previous episode, but at least she's not wallowing in helpless despair. Bitch has even started selling Tupperware to supplement her income from the club. Especially with age (and children), it's easy to stagnate and let life happen to you instead of manifesting your own reality. Miriam Maisel might often be delusional and selfish, but she grabs life by the balls in a way that I find small dose admirable. It helps that she's incredibly charming, which is a testament to Rachel Brosnahan's acting.

When Lenny Bruce (Luke Kirby) shows up backstage at the Wolford toward the end of the episode, Midge sheepishly admits that she doesn't want him to stay for her set because he makes her nervous. Per usual, the intensely flirty vibe between them makes me understand why tween girls and grown women ship this couple so hard. Of course, the IRL Lenny died of a drug overdose at age forty, so I am personally steeling myself for potential heartbreak. Say what you will about the Palladinos, but they know how to craft sexual tension better than anyone else currently writing for television. I said what I said!

The episode title comes from a story Lenny tells Midge about a high school teacher he had in Bellmore on Long Island. In an attempt to teach him to block out distractions, she pelted him with erasers and half-eaten apples during his speech on the moral quandary of zoos. Like most teenage dirtbags, he didn't realize how useful this lesson would become later in life. During Midge's set, Lenny sits at the table closest to the stage and gives her the Bellmore treatment, throwing cigarettes, loose change, straws, and all kinds of shit at her as she tries to stay focused. It's one of those interactions that could come off as patronizing had a mentor/mentee relationship not been previously established.

Aside from the aforementioned storylines, Midge mostly takes a backseat this episode and plays supportive friend to Susie, who is reeling after Jackie's (Brian Tarantina) sudden death. I wish the "And Just Like That" writers would take note because this is how you write a character out of a show with grace. Stanford Blatch/Willie Garson deserved an exit that did not involve a teen TikTok star. Tarantina, who you might remember as Bootsy from "Gilmore Girls," died in late 2019 before filming on S4 began. Instead of making a weird excuse for his absence, the Palladinos wrote his death into the episode and turned it into not only a touching tribute that made me cry, but a great showcase for Alex Borstein's Emmy reel.

Susie's grief arc also brings great comedic moments during her temporary stint at the Weissman apartment. My favorite scene is when she accompanies Rose to one of her matchmaking sessions at the tea room and delights over being ordered a cup of whipped cream. For as snobby as Abe and Rose can be, I love that they accept Susie's pajama-clad presence with minimal questioning. Moishe and Shirley, who show up for dinner during Susie's first night sleeping over, are likewise unperturbed.

I have historically given the Palladinos, the co-writers of this episode, a fair amount of shit, but "Everything Is Bellmore" features them at thei best. It makes me deeply sad to think about Jackie, a man who lived a quiet, honest life that went unnoticed, even by those closest to him.  It took his death for Susie to realize that he was someone worth knowing, someone who deserved a funeral with more than four people.

When Jackie's sister initially asked if she could deliver the eulogy, I figured Susie would choke or uncover some surprising information. I was not expecting her to take charge of the situation by moving Jackie's small crew into a room with more people so that they could all hear about how special he was. "Maisel" is usually so concerned with being funny that when it throws down a serious, emotionally complex scene like this, it hits hard.

The other major piece of this episode revolves around Buzz Goldberg's Catskills musical that is now on Broadway. The Palladinos must have heard our collective screams after the "Summer" episode of "A Year in the Life" and concluded that it was unnecessary for us to catch even a brief glimpse of the action. I love to go on my film school "show, don't tell" rants but in this case, I'm happy to blindly trust Abe's negative Village Voice review. I believe that "To watch "They Came, They Danced" is to reside in hell."

I wasn't especially invested in this subplot, which is reminiscent of Rory Gilmore's negative ballet review, but I appreciate how everything came to a head at a bar mitzvah. Despite having no idea who the fuck Akiva (Joshua Turchin) is, Moishe is pissed when he learns that he was mistakenly chosen to read an aliyah at his service. After Akiva's mom informs him that her son likewise has no idea who the fuck Moishe is, he and Shirley have this brief exchange, quickly demonstrating why they're perfect for each other:

Shirley: He couldn't pick you out of a lineup?
Moishe: Little prick.

At the end of the episode while Abe and Rose are getting drunk together, we learn that in his review, Abe admits to a federal crime, thus piquing the FBI's interest. Abe's old friend Asher (AKA Arthur Miller), who was also implicated in the crime, calls to inform him that they're both being investigated. This seems like it's going to be one of those red herrings that go nowhere because the Palladinos wanted to bring Alexander back for S4. I hope they at least do something fun with this upcoming subplot. I wouldn't be mad if it involved capes. 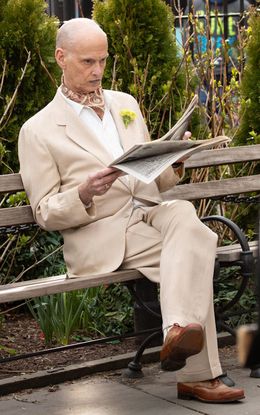 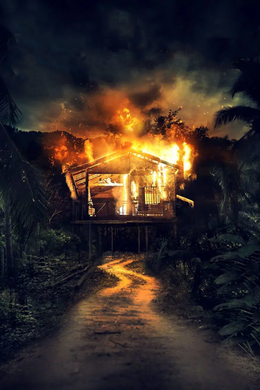