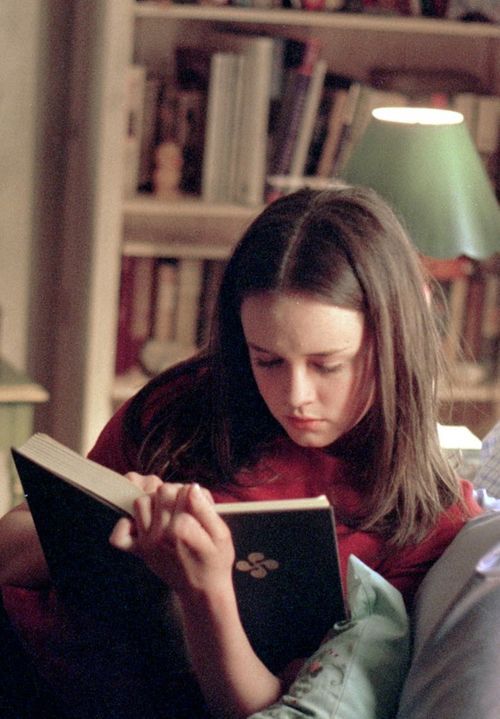 Welcome to my "Gilmore Girls" rewatch project! Whenever I was bored out of my skull at my previous job, I used to look forward to reading Meredith Borders's "GG" recaps over at Forever Young Adult every Wednesday morning. Knowing that I could walk into the Flatiron and read them in my cubicle while drinking coffee made my day a little bit more tolerable. I hope these do the same for my fellow "GG" fanatics, stuck at a lame desk job and looking for something to help them make it through the day.

People who aren't close friends with me probably don't know this, but I have seen every episode of "Gilmore Girls" like 500 times. You might think I'm being hyperbolic, but trust me when I say that my "GG" knowledge is unparalleled and frightening. I can recite some of Emily's best monologues in my sleep and I would absolutely murder bar trivia. I somehow remember all the episode titles, which is something that amazed my friend Ali when we were in college. If I erased "GG" from my brain, I would have so much room for more useful (but less delightful) information.

When I first moved to New York and was dealing with some pretty gnarly homesickness and depression, I watched "Gilmore Girls" on repeat while I cried in my windowless room and listened to my roommate (who I shared a wall with) have sex. Over the years, it has become something of a security blanket and while I don't watch it as much as I used to, I'll still occasionally leave it playing in the background while I do other shit (one of the major perks of working from home).

I plan to use the same format for every episode, but please let me know if there are any other things you'd like me to watch out for (i.e. Kirk insanity, signs the world is plotting against Lane Kim, number of boom mics clearly visible within frame).

Directing and writing credits:
This episode is written by Amy Sherman-Palladino, the show creator, and directed by industry pro, Lesli Linka Glatter. Lesli has about one million awesome credits to her name and was a good, safe choice for the pilot episode. This Huffington Post article gives a good overview of some of her more memorable television episodes. You might also remember her as the directors of "Now and Then" (1995), a movie I watched approximately 5,000 times from ages 8-12.

This isn't Lesli's only episode of "GG." She also directed these gems:

Most batshit crazy outfit:
All of Lorelai's suits are an assault on the eyes, but nothing is as bad as the combo of her long, cable-knit brown sweater, skin-tight purple top, tiny silver cross necklace, and wide-leg black trousers. No screenshot does it justice, so watch the episode if you don't believe me.

Also, wtf time of year is it? Rory's birthday is at the beginning of October, and her sweet 16 parties don't happen until episode 6. It's also the start of the school year, so I would guess late August or September. If that's the case, why is Lorelai wearing a scarf and black leather gloves when she visits Emily? These gals live in Connecticut, not Alaska.

Most irritating Rory or Lorelai moment:
Collective irritating moment: when they storm out of Luke's and leave their uneaten cheeseburgers lying on the table, untouched. Who does that?! These bitches constantly waste food and it's extremely upsetting.

Number of times Rory or Lorelai treat their bff like shit:
Surprisingly, they were both pretty decent this episode. If I were Lane, I would have been a little bit insulted that Rory didn't seem sad about leaving Stars Hollow High, but compared to some of the rude things she does later, that's nbd.

Best literary or pop culture references:
"God, RuPaul doesn't need this much makeup." -Rory, after Lorelai pulls out two giant bags and offers her five different kinds of lipgloss: vanilla, chocolate, strawberry, toasted marshmallow, and one that changes colors with your mood.

Dean being smart/cool enough to pick up on Rory's "Rosemary's Baby" references. Pay close attention, because when the writers get ready to introduce Jess, they start making Dean intolerably dumb.

Rory and Lorelai's obsession with Macy Gray's first album. This doesn't seem to jive with their overall musical taste, but I guess everyone was obsessed with "I Try" in the early aughts.

Stars Hollow weirdness:
The teen hayride that Lane attends with a future proctologist (complete with awful country music blaring in the background).

Sharpest insult or one-liner:
"People are particularly stupid today. I can't talk to any more of them." -Michel, justifying to Lorelai why he can't answer the phone at the Independence Inn

"He's a very smart man, your father. You must take after him." -Richard, at dinner with Emily, Lorelai, and Rory. Richard's insults are always so sly and biting. It's not surprising that Lorelai's relationship with her parents is so contentious.

Best song of the episode:
"There She Goes" by The La's. This song always reminds me of "So I Married an Axe Murderer" (1993).

Thoughts:
If I had started watching "Gilmore Girls" with the pilot episode, I'm not sure I would have continued. Thankfully, I came in somewhere around season 3 (when it was actually airing live on the WB) and caught up on the early seasons c/o ABC Family.

This pilot is totally fine, but it doesn't quite have the Gilmore charm yet. None of the characters are particularly compelling and it looks incredibly dated upon re-watch. Also, I was sad to notice that Luke has been balding since the very beginning. RIP Luke's hairline. I thought I knew you once, but I was wrong. Signature baseball cap FTW.

The character treatment in this episode, written by Amy Sherman-Palladino, is also pretty clumsy and lacking nuance. Lorelai is very obviously a cool, young mom, which we're reminded of every time she's on screen. She's so young that men hit on both her AND her daughter! She has 3,230 lipglosses! She likes Macy Gray! She still acts like a child when she's around her parents.

Rory is smart, bookish, and responsible. She's wise beyond her years! But oh no, here comes a boy to remind us that she's only 15-years-old and wise though she may be, still a teenager with dumb crushes that convince her to make half-baked decisions. She's also at least a little emotionally stunted, because she's unable of expressing any of this to her mom in a clear way. Instead, she throws a temper tantrum and claims she doesn't want to go to Chilton because the timing and bus ride are both really bad. Ok, Jan.

Sookie is also weirdly clumsy in this episode. She falls down and knocks a bunch of pots and pans over, opens her stitches and starts bleeding, hits one of the kitchen staff with a frying pan, and almost catches the entire Inn on fire. It's all a little too heavy-handed. Oh, and how bad is Lorelai's Spanish accent? No estabas cuidandola, whoever was in charge of coaching Lauren Graham on her pronunciation in this scene. Yikes.

Overall, this is a solid pilot episode and gives a good primer for what viewers can expect from the show. It gets so much better over time, though. The writing improves, the characters become less caricatures, and the town of Stars Hollow turns into the weird little enclave that we all know and love.

I'm going to try to write these recaps on my lunch break every Wednesday and Friday, so check back on those days for new content. 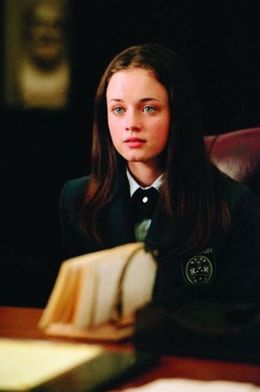 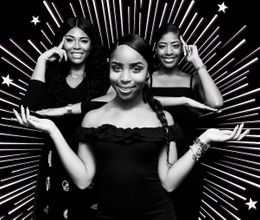