a year ago by Lindsay Pugh — 10 min read

Directing and writing credits:
"Fight Face" is directed by Daniel Palladino, written by both Palladinos. It's possible that Amy pulled Dan away from his usual schtick of over-utilizing the townies. Aside from Miss Patty hassling Lorelai about her history as a shitty pet owner, this episode is light on Stars Hollow shenanigans.

Most batshit crazy outfit:
Most of the outfits fall into the "standard ugly" category. Sookie is wearing about three too many layers when she and Lorelai make Michael Scott jokes outside of the Twickham house. Her flare jeans are topped with a cardigan that is thrown over a tunic dress, a shirt, and a camisole. As someone who used to layer multiple polo shirts with the collars popped, I understand the impulse. I'm not sure who is to blame for this awful trend ... the cast of "Laguna Beach"? "Lizzie McGuire"? The Olsen twins? Everyone was doing it at the time.

Low-rise bottoms are another trend whose swift death I welcomed. I have a body shape similar to Alexis Bledel's and never loved how much this cut accentuated my (wider) hips. The army skirt she wears while polishing silver would look so much better if it fit at her natural waistline. I want to hate on the bathing suit, but it's sort of cool in an "'80s mom swimming at the local pool" kind of way.

Most irritating Rory or Lorelai moment:
Rory's behavior is actually sort of relatable. She seems to have some social anxiety surrounding community service and even gets into a brawl with a woman who is later introduced as Liza (Sarah Buehler). When there's no formal structure to her days, she doesn't know what to do with herself — hence, the scene of her polishing silver and making small talk with the maid, Esperanza (Tina D'Marco). Like Benjamin Braddock in "The Graduate" (which Rory watches in this episode), her future plans involve nothing more than drifting aimlessly in someone else's pool.

The most unforgivable thing Lorelai does is prevent Luke from garroting TJ (yet another reference to "The Godfather") after he embraces his "contractor" job by sledgehammering a huge hole into her bedroom. Instead of telling Luke about the hole, she barges into the diner and wordlessly drags him to her house. She doesn't care that he's in the middle of taking an order. Can you imagine how Lorelai would react if Luke did this to her at the Dragonfly? She also pulls over to the side of the road just to mock Rory while she's on trash pickup duty. I'm with Saul on this one: now that I'm in my 30s, I don't have the desire/energy to treat even my sworn enemy with this much bitchiness, let alone someone I love.

Number of times Rory or Lorelai treat their bff like shit:
Lane and Paris are MIA. Paris is probably in an emergency session with Terrance; Lane is rockin' out with Jesus on Hep Alien's Christian tour.

Sookie only appears in the opening scene where she heckles Lorelai about her historical lack of commitment with men.

Lorelai: I'm not going to bolt. I'm staying put.
Sookie: Good. Because the eyes will give you away.
Lorelai: What do you mean?
Sookie: If you're thinking of bolting they'll pop out on you, like that runaway bride. It's like the eyes are trying to run away first.

Sookie is talking about Jennifer Wilbanks, the 2005 bride who fled the country instead of just canceling her wedding, but this is what I immediately thought of:

Best literary or pop culture references:
I totally agree with Lorelai's critique of "Bewitched" (2005). I watched it again last night and was flummoxed by most of the decisions — no Larry Tate or Doctor Bombay, a concept that only sometimes works, and not enough cool outfits. The first half of the movie is delightful, but it quickly devolves into chaos once the Ephrons cement Will Ferrell as a serious love interest. If I can work up the energy, I'll write about it at some point.

Stars Hollow weirdness:
According to Miss Patty, Lorelai has killed several animals in the past: a hamster, rabbit, turtle, and (maybe recently) a pig. Is she Stars Hollow's Lena Dunham?

Sharpest insult or one-liner:
Luke has some good lines that manage to convey his complete disdain for TJ.

TJ is basically Jackson if he got bitten by a radioactive Jar Jar Binks.

Best song of the episode:
Lorelai is listening to "Saddest Quo" by the Pernice Brothers when she spots Rory doing community service on the side of the road. This depressing song feels appropriate considering the ongoing mother-daughter rift.

Books mentioned/books Rory is reading:
Rory didn't even read when she was in school. Now that she's on a break, the book mentions are few and far between.

Thoughts:
Aside from Lorelai's adoption of Paul Anka (the dog), this episode isn't particularly noteworthy. It starts with a "previously on" recap, which I bet was the network solution to a short runtime. This string of episodes during the estrangement makes me realize how difficult it would have been to maintain the show's magic if Rory had gone to Harvard. Without Rory and Lorelai together in at least a few scenes, the dynamic changes considerably. I can only feign so much interest in a house remodel and anything involving the DAR.

In the opening scene, Lorelai and Sookie discuss the potential merits of living in the Twickham house. Despite it being large enough for "a dedicated sewing room," Lorelai doesn't seem super jazzed. She says that it's "a little on the Versailles side," which makes me wonder if it's giving her Emily and Richard vibes. Lorelai has always been against everything they stand for, but now she's engaged and contemplating a future with Luke in an upgraded house. She's still miles away from elder Gilmore territory, but attachment to her current house — the one she worked so hard for on her own — is no mystery.

I'm not even sure why the Twickham house is back on the table after Luke pulled his offer, but I guess we're to assume that the realtor who approached Lorelai in the last episode precipitated an offscreen conversation about it. When Luke and Lorelai hang out later —after their respective rants on "Bewitched" and "Star Wars Episode III: Revenge of the Sith" — he starts talking about remodeling the house after they're out of escrow. Lorelai seems okay with this plan until Luke mentions selling her house. She would rather rent it out to Korn (maybe she has their contact info from Gran?) than put it on the market.

Proving that he has at least some emotional intelligence, Luke realizes that Lorelai isn't interested in moving and starts to explore options for expanding her house so that they can both live there. He might dislike dogs, but Luke is otherwise an okay person 80% of the time. (This number drops astronomically once April is introduced.) His one major fuck up is caving to Liz's demands and "hiring" TJ aka "big dumb tsunami" as the contractor for the expansion job. (Now that I think about it, I feel like Daniel Palladino traded in his townie nonsense for TJ nonsense. Is he responsible for all of these dumb TJ plot lines? Do I have a new reason to hate him?)

While Luke and Lorelai deal with their construction project, Rory starts her community service. Aside from the unfair policy on truncheons, it doesn't seem horrible. I would rather pick up trash all day than listen to Richard and Emily discuss their packed social calendar. If I'm dealing with double-booked cocktail engagements in my 60s, someone please slip a cyanide capsule into my morning coffee. I do love this bitchy exchange between the grandparents:

Emily: I told him to take that mp3 device off his head while he worked, and he did. Then I hid behind the curtains, and he put his mp3 device right back in his ears.
Richard: We're paying him too much if he's able to afford an mp3 device.
Emily: Well he's got to focus on the lawn. Morning, Rory.
Rory: Hi.
Richard: The patches of brown. Good morning, Rory.
Rory: Morning.
Emily: OH, speaking of which, we have a cocktail gathering on Wednesday.
Richard: How was "patches of brown" speaking of which?
Emily: It's the Sterling-Olivers.
Richard: The age spots.
Emily: You worship the sun, you pay the price.

Ah, yes ... when one of your servants can afford to buy items for pleasure, you know that it's time to cut wages!

Instead of enjoying time off, Rory doesn't know what to do with herself. She tries watching "The Graduate" in the empty pool house and polishing silver with Esperanza (who is promptly replaced by Draguta), but never once considers oh, I don't know ... reading a fucking book? High school Rory would have relished in all this free time, tearing through multiple novels each week. College Rory is a shadow of her former self and probably a good candidate for an anti-depressant (or at least a therapist). When Emily scores her a job at the DAR, she seems grouchy about it, like all of the recent life changes are finally solidifying in her brain. Unless changes are made, Rory will adopt Emily's life of canapés and social commitments.

When Rory shows up at the diner after her first real day of community service, she's looking for a sympathetic figure who will listen to her without judgment. Luke has always been that person for Rory, even when he and Lorelai weren't on good terms. When Luke reveals that he and Lorelai are engaged, Rory is visibly stunned. Up to this point, it was clear that Lorelai had been avoiding Rory, but maybe she was just giving her time to cool off. After neglecting to show up at court and share news of her engagement, Lorelai has made her detachment/ultimatum clear: until Rory is ready to go back to Yale, ice-cold silence is all she can expect to receive from her mother.

When Luke tells Lorelai about this interaction, she's initially angry but eventually admits that it was unfair of her to put him in the middle of her stalemate with Rory. He says, "I know you don't want my opinion on this, but you're both being dumb, and you should be talking," which is completely accurate. In moments like this, Luke and Lorelai make a good team. They trust each other enough to dole out tough love advice without fear that the person on the receiving end will receive it with resentment. If only Luke had kept this in mind after learning about April's existence ...

One interesting parallel between mother and daughter is the way they both impulsively react to triggering events. After Liz runs into Lorelai at the pet fair and asks about Rory, the Paul Anka adoption is finalized. It's a very "this dog will fill my sadness hole" reaction, which is not really a great reason for adopting a pet. Rory's fight with Liza is precipitated by the news of Luke and Lorelai's engagement. Instead of confronting those feelings, why not beat the shit out of someone during community service? Mother and daughter both have extremely poor coping skills when it comes to dealing with intense emotions. They either compartmentalize entirely (Lorelai's engagement to Max, Rory's first breakup with Dean) or act on impulse (taking a taxi from Hartford to Stars Hollow, stealing a yacht). Neither method provides a long-term, healthy solution. 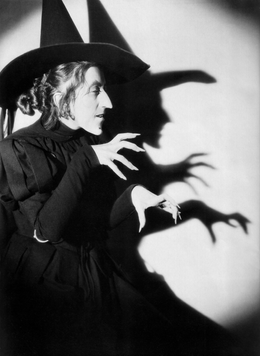 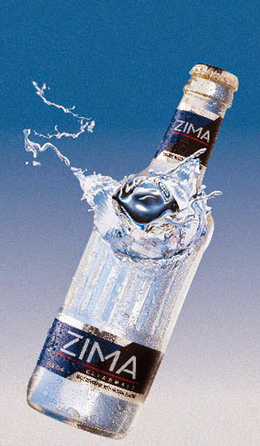