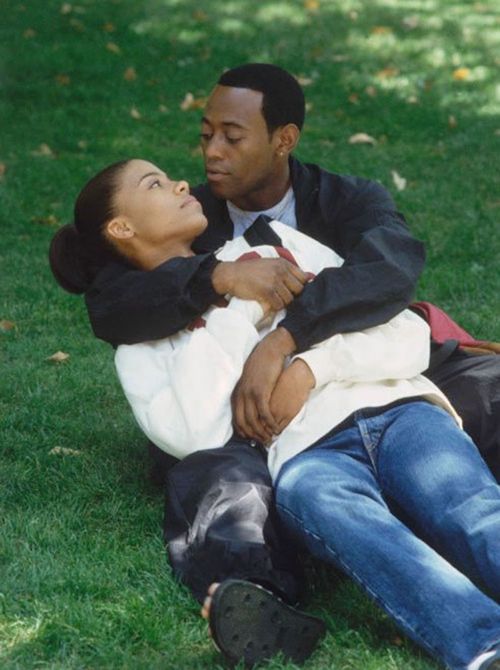 Vibe:
Smart, funny, and beautifully shot, "Love & Basketball" has a top spot in my romantic comedy hall of fame. It's different than every other romcom out there, but I do think it loosely fits into the genre even though it subverts it in many ways. The characters are incredibly well-written and I don't want to be hyperbolic, but the direction is so fucking fantastic that it makes me completely overlook some minor flaws with the script (also written by Gina Prince-Bythewood, aka GPB, which is how I'll refer to her for the rest of this post).

GPB is gifted at what she does and all of her movies are a joy to watch. She's currently working on "Silver & Black," a Marvel Cinematic Universe film about Silver Sable and Black Cat. I'm not a huge action film/superhero person, but I saw and liked "Wonder Woman" and will obviously go see "Black Panther" because it looks epic.

After reading a little bit about "Silver & Black," I'm onboard. This Hollywood Reporter article describes Silver Sable as "a globe-trotting mercenary for hire and part-time hunter of war criminals, especially Nazis." Right on, girlfriend. 👊🏾

I like to see talented directors like GPB take on big projects like this while still writing and working on their own films. There's no reason why a director can't have fun with a big-budget action movie and then go on to direct something quieter and more in line with their personal artistic interests.

"Love & Basketball" is a far cry from any Marvel movie, but watching it again, I can see how GPB's skills would translate well. Each relationship is crafted with care and given time to develop in a way that feels natural. Action scenes are masterfully interwoven to give the film tension and to help us understand how passionately Monica (Sanaa Lathan) and Q (Omar Epps) feel about the game. It kind of reminds me of "Blue Crush," another early 2000s movie I love and have watched many times, but it's much better.

Best time to watch:
On Friday night when your significant other is at work and you're all alone with your cats. This my life now. People are always impressed that I find time keep up with this blog while working 50 hours/week, but like ... what the fuck else do I have to do? I run, watch movies, write about movies, and read books. I have no friends here, so social activities take up none of my time, and my husband is in his second year of residency, so he works crazy hours. But it's okay! I'm not depressed. (I am depressed. And I need winter to end before I completely lose my shit. Or maybe I just need to go on antidepressants. It's a toss-up.)

In all seriousness, you should watch this movie ASAP if you haven't seen it already. It's not sad, but I cry tears of happiness at the end every time. And so many good actors are in it! Alfre Woodard, Sanaa Lathan (who is VICIOUSLY underrated), Omar Epps, and Regina Hall, are all fantastic. If you have kids, watch it with them. There is one sex scene, so maybe wait until after you've had the talk, though.

Worst time to watch:
If you're feeling bitter about love and not in the mood to see other people happy, even if they're fictional. If this is your vibe, I recommend watching one of these movies instead:

Where to watch:
Streaming for $2.99 on all the standard platforms, but you should probably just buy this one.

Quick summary:
"Love & Basketball" is a coming-of-age story about two neighbors in the LA suburbs with a love/hate relationship and a mutual basketball obsession.

Thoughts:
I was nervous to rewatch this movie because I really wanted it to hold up, but was afraid it wouldn't. So many of the romantic comedies I loved in high school are completely sexist and cringworthy upon rewatch (like "You've Got Mail" and all Norah Ephron movies, unfortunately). Thankfully, "Love & Basketball" does not fit into this category and even today, remains a progressive, thoughtful, feminist film.

From the beginning (First Quarter: 1981), Monica is 100% her own person and doesn't let anyone tell her what she can and can't do. After her first game with Q at age eleven, she tells him, "I'm gonna be the first girl in the NBA." His response? "I'ma be in the NBA. You're gonna be my cheerleader." As you might have guessed based on my description of her, Monica doesn't take too kindly to this and answers not with words, but by passing to her partner and running to the basket for the winning layup. Q sees she's going to win and shoves her from behind, pushing her face-first into the grass and giving her a scar she'll have the rest of her life.

Monica isn't mad, though. She's a young girl who likes basketball at a time when the WNBA doesn't even exist. She's probably used to people telling her that her professional basketball dreams won't ever pan out because she's not a boy. When Q comes over to apologize for shoving her, they talk about their love of the game and then the next day before school, he asks Monica if she wants to be his girl. At first, she's cool with it (kissing, playing ball, and eating Twinkies is appealing), but then Q tells her that she needs to ride on his bike to school because "my dad always drives my mom."

I'll ride my own bike, you dick.

Monica rebukes Q, tells him his dad plays for "the worst team in the NBA," and fights with him again. Fuck no, she won't be his girlfriend. She does what she wants and doesn't let anyone, let alone some little shit from her neighborhood, tell her she can't ride her own bike to school anymore. If Q wants to even be her friend, he must learn immediately that bad things happen when he tries to control her or tell her she has to do something just because she's a girl. Thus begins a tumultous relationship - sometimes platonic, sometimes romantic - where both Monica and Quincy grow tremendously and become better people because of each other.

The relationship between Monica and Q always feels realistic, never forced or infused with false tensions just to keep things interesting. When Monica lets her sister dress her up for the spring dance and she walks in on the arm of fine college brah (Boris Kodjoe), Quincy takes notice, and not in a "She's All That" post-makeover, "omg I never knew she was so beautiful when she had those glasses" way.

Yeah, Monica looks good, but his interest isn't solely because of her feminized appearance; it has more to do with the fact that she's actually at the dance with some guy who is tall, attractive, and not him. He remembers how many offensive rebounds she had in the last game, FFS. His interest in her runs deep and always has ... the way she looks is totally secondary to everything else.

Please note Quincy's shiny shirt. Why were these popular in the 90s?

Q and Monica's relationship and subsequent split during freshman year of college feels realistic. Q is dealing with some family shit (someone could write another review that solely focuses on the toxic masculinity of his dad and how it bleeds into him) and really needs someone to be there for him, but Monica is busy with basketball. Of course she wants to be there for Q and support him in the way that he needs, but she's not willing to sacrifice her spot on the team for him. Whenever Monica makes this clear, Quincy proceeds to mirror his dad's behavior and treat her like shit.

Monica is upset, but she doesn't let him ruin her basketball career. She goes on to play well in college and then later, for the IWBA in Spain. When she realizes she isn't happy, that she doesn't get as much joy playing ball when Quincy isn't in her life, she returns home and wins him back. The scene where she plays him 1-on-1 for "his heart" is so cheesy on its face, but GPB has doen the groundwork to make us care deeply for these characters. It also helps that Omar Epps and Sanaa Lathan have great chemistry and instill this scene with such emotion that I can't help but take it seriously.

If the movie ended here, it would still be solid. But the final scene, of Monica as a pro player in the WNBA, with WRIGHT-MCCALL on her jersey and Quincy and her daughter cheering on the sidelines, takes it to another level. It elevates "Love & Basketball" to an epic, feminist romance, where the female character is of the utmost importance and achieves her goals without sacrificing her personal happiness.

"What's kind of amazing is when I first wrote the script, the WNBA was not in existence," Gina Prince-Bythewood, the movie's writer and director, told me over the phone recently. "And so, when it did I wrote a new ending to the piece. I wanted to show that a woman could and should have it all. They should have love and a career, and it's okay to aspire for both. And it's possible to have both. And it's normal to have both. You shouldn't have to choose one or the other. I wanted to give a different narrative for young girls and women that you can aspire to have it all. Having Quincy in the stands, too, you know—his dream didn't pan out but he was right there cheering and supporting his wife and her love of the game and her talent. That was an important message, too." 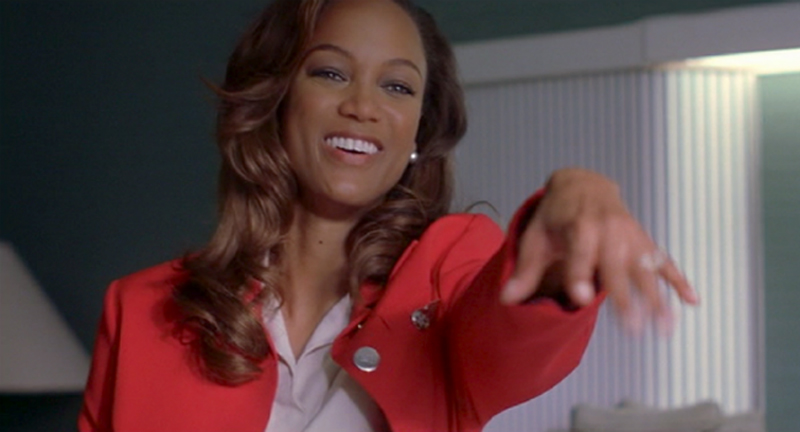 Now I'm in the mood to watch "Life-Size." 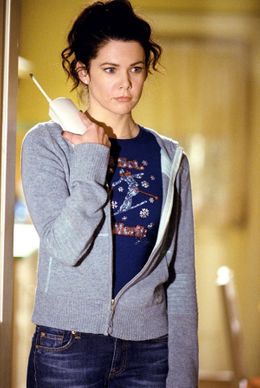