a month ago by Lindsay Pugh — 10 min read

Directing and writing credits:
“I'd Rather Be in Philadelphia” is directed by Lee Shallat Chemel and written by Rebecca Kirshner. This pairing was last seen on "Santa's Secret Stuff," the one where G.G experiences new levels of childhood neglect while Lorelai continues making horrible life choices. They'll work together again later on "I'm a Kayak, Hear Me Roar." This is one of the better episodes of the season, mainly because Kelly Bishop is capable of taking any dialogue and making it her bitch.

Most batshit crazy outfit:
Everyone gets a free pass considering the circumstances, but I must draw attention to the elder Gilmores' style choices:

Per usual, Zack has the greasy sheen of a teen boy who thinks fifteen liberal sprays of Axe = a shower.

Most irritating Rory or Lorelai moment:
Per usual for S7, Rory isn't that annoying. She should have given Logan more shit for his bougie-ass helicopter, but it's hard to be critical of something that benefits you in a time of need.

Lorelai is a straight-up bitch to Emily, judging her for getting affairs in order before her husband goes into a major surgery. The elder Gilmores are pragmatic people with highly regimented lives. Of course Richard would want Emily to cancel social engagements and safeguard their carefully cultivated relationship with the maître d' at Persephone's. Lorelai is old enough to understand that people deal with stress in different ways. For Emily, it probably feels better to get shit done than to sit around and do nothing.

Number of times Rory or Lorelai treat their BFF like shit:
Rory throws a wrench in Operation Finish Line by missing a G.R.E. prep course and refusing to fabricate a rhythmic gymnastics background to obtain a Russian study grant. She tells Logan that Paris is "taking our impending graduation with a pinch of total insanity," but I see it more as sharing the wealth from her many years of working with a life coach. (Which, speaking of, do we think Terrence is back in court-ordered rehab?)

Sookie sends lemon bars and pecan squares to the hospital as soon as she hears about Richard's heart attack and tries her damndest to prevent Michel from blathering on about work problems. Sookie and Lorelai have the type of hollow relationship that isn't always based on emotional support or honesty, but at least there are dope snacks (which are lukewarmly appreciated at best).

Best literary or pop culture references:
It's fitting that Donald Trump and Imelda Marcos, former first lady of the Philippines, are mentioned in the same episode. Both are evil, greedy criminals that bring nothing but abject disgust and shame to their respective countries. Even on a superficial level, they're similarly known for spending embezzled money on embarrassing proclivities: Trump covers every surface in gold and Marcos amasses more designer shoes than any one person could wear in a lifetime. Fuck them both. The butthole spiders are going to have a field day with them in hell.

Later, Babette assures Lorelai that Richard is going to be fine because "Prana, chi, life force — whatever you call it, your daddy's got it in spades. Sexy men like him often do. That's what makes them so sexy. They're ripe with life." She also reveals an attraction to Henry Kissinger, AKA "that evil politician with the glasses." If David Lynch has taught us anything, it's that small towns breed sexual deviancy. Babette (and Miss Patty) are proof of this phenomenon.

Sharpest insult or one-liner:
As part of her diatribe against workers at the club, Emily quips, "I'm telling you I thought the girl at reception was blind the entire first month she worked there – blind but very enthusiastic about the application of eyeliner." This line is delightfully mean and problematic in a way that is distinctly WASPy. I'm picturing Emily trying to tone down her bitchiness in deference to this woman's potential blindness, only to find that her outlandish eyeliner application makes it impossible. In 2022, I'm picturing all of her old maids and other various servicepeople banding together and outing her poor treatment in a Hartford Courant op-ed.

Books mentioned/books Rory is reading:
Rory gathers books for Richard to read in the hospital, including "A Monetary History of the United States" (1963) by Milton Friedman, some mysteries by Arthur Conan Doyle, and "Absolute Rage" (2001) by Robert K. Tanenbaum.

Emily is happy to bail on her book club because they're reading something she detests by Cormac McCarthy. I wonder if it's "No Country For Old Men" in preparation for the Coen brothers' adaptation later that year. Emily would have so much to say about Anton Chigurh's hair.

Best song of the episode:
Bing Crosby's "When You and I Were Young Maggie Blues," wins by default. They should have played something from the Chuck Berry album Rory bought Richard for his sixtieth birthday instead. That was a nice callback.

Along with the aforementioned, Rory brings Richard some George Gershwin and The Andrews Sisters for his listening pleasure. For a second, Lorelai thinks Milton Friedman is the guy who wrote "Spirit in the Sky," which is lol.

Thoughts:
If not for Emily's antics, this would just be another forgettable hospital episode where Richard's health scare makes everyone confront the fragility of life and take stock of their own relationships. After the fight in "To Whom It May Concern," Christopher is completely MIA despite numerous voicemails informing him of Richard's heart attack. Emily and Rory mostly pretend not to notice, although his absence hangs over the hospital like a pall.

Thanks to his Hamptons hedge fund pal, Logan arrives almost immediately and is the perfect picture of a caring partner. Even Luke shows up as soon as he hears the news, bearing an entire bag of fish because he heard someone mention its importance. There's plenty of negative shit to say about Luke, but he's the kind of person who is reliably available when needed, no matter what tension exists at the time. I've talked before about how consistently supportive he's been with Rory and Jess, but the same goes for Lorelai.

In S2, Luke puts aside his bitterness and builds a chuppah for Lorelai and Max's wedding. When her relationship with Chris disintegrates in the S3 season opener, he shelves their "Jess broke Rory's arm" fight and listens to her lamentations. In the midst of their S5 breakup, he rushes to her house when she says she needs him via answering machine message. Luke sucks at regulating and voicing his own emotions, but he never dismisses other people's expressions of vulnerability. What Lorelai writes in her character reference is true: "Once Luke Danes is in your life, he is in your life forever." After years spent doing everything "on her own," Lorelai wants someone stable who will be there for her no matter what. Whether or not he's reformed, Chris has enough of a previous track record to stoke doubt and his absence at the hospital only confirms Lorelai's fears.

When he eventually makes an appearance and sees Lorelai talking to Luke, he instantly slips into one of his bitchy little moods and nearly provokes another fight that leaves both men winded and sad. If Chris spent even five minutes analyzing his situation, he'd realize how pathetic it is to be this threatened by his wife's ex. If a relationship is so tenuous that one person's presence has the ability to completely derail it, that shit isn't healthy. I'm glad this storyline is nearly wrapped, because watching it play out has become incredibly tedious and made me hate everyone involved.

Emily and Richard are far from a model couple, but even they make Chris and Lorelai look like a trash fire. Lorelai spends the entire episode raising her eyebrows at Emily's fish orders and DNR enquiries like there are some nefarious motivations afoot. While Emily does act like a manic, entitled monster for much of the episode, her main goal is to do right by her husband. Her little "what do you know about being a wife" speech makes me want to dry heave, but it's gratifying to watch her put Lorelai in her place. Whether Lorelai agrees with it or not, Emily and Richard have crafted a partnership that works for them. It feels wildly unequal and patriarchal to me, but Emily is happy to play the role of supportive caretaker even if it comes as a detriment to the development of her own identity. She knows what it's like to make a commitment to someone and never waver, which is more than Lorelai can say.

Lorelai longs for the stability her parents have but isn't willing to address her mountain of emotional baggage in order to achieve it. It's why she gave Luke the ultimatum that ended their engagement and why she's not currently happy with Christopher. She tries to do right by herself and meet her biggest needs, but she isn't a great communicator and hasn't yet learned to curb her most destructive impulses. Even though I shit on Lorelai 95% of the time, I do think she's an interesting, complex, fucked up character that continuously walks the line between charming and outright detestable. There's something relatable in the way she creates problems for herself that are easily solvable for anyone with a semblance of decent mental health.

Of all three Gilmore girls, Rory might be in the most fulfilling, equitable relationship. Not only does Logan challenge her and call her out on her bullshit, he provides unwavering support and brings social lubrication to many awkward family gatherings. As long as there hasn't been a recent blow to his ego, post-grad Logan is surprisingly dependable. With that being said, I can't wait for his impending downfall in a few episodes. No one deserves to go from entry-level job to helicopter brah in the span of seven month.

'Gilmore Girls' Season 7, Episode 12: To Whom It May Concern 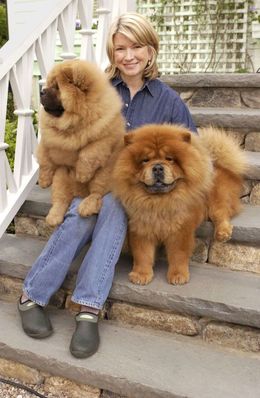