'Gilmore Girls' Season 5, Episode 5: We Got Us a Pippi Virgin

Directing and writing credits:
"We Got Us a Pippi Virgin" is directed by Stephen Clancy, written by Daniel Palladino. You might remember Clancy from his work on S4's "The Incredible Sinking Lorelais," the episode where everyone named "Lorelai" acts like a monumental asshat. I don't have any exciting Daniel Palladino news for you, but I should mention that I've been nervous about the recent activity on the "GG" Instagram page. Someone please reassure me that they're not gunning for another (shitty) season of "AYitL."

Most batshit crazy outfit:
Is Kyle (who we'll discuss more later) wearing JNCO Jeans? I have to assume that the wardrobe department didn't have anything that actually fit Chauncey Leopardi because he is absolutely drowning in excess fabric.

Most irritating Rory or Lorelai moment:
Even when things were okay between Rory and Dean, it was always clear that Luke did not approve. After their breakup in S1, he tried to beat the shit out of Dean for daring to enter the diner. He was happy to learn about their second breakup at the dance marathon in S3. Although Luke was kind to drunk pre-wedding Dean in S4, he was clearly unnerved over his erratic behavior and made a strong effort to shield Rory from the inevitable fallout. Knowing all of this, I am utterly perplexed by Lorelai's double date suggestion. How could she possibly think that their movie night would end on a positive note?

Number of times Rory or Lorelai treat their bff like shit:
Rory is too distracted by Dean's penis to give Lane solid advice about Zack. In Rory's defense, at least she answers Lane's call; I would have sent it straight to voicemail. Sookie doesn't play much of a role in this episode. She's preparing to annoy the shit out of us with (insulting) pregnancy-induced hysteria in the next episode, "Norman Mailer, I'm Pregnant!"

Best literary or pop culture references:
WHY WOULD ANYONE LET KIRK REENACT "LAST TANGO IN PARIS"?! This joke is legitimately horrifying, especially since we now know the details behind the rape scene.

Stars Hollow weirdness:
Kirk now works at the Black & White & Read bookstore. If you were skeptical about how seriously he takes the job, please know that HE HAS A GUN. Luckily, he's too busy making out with Lulu to pop a cap in anyone's ass.

Kyle, the only other townie featured prominently in this episode, has apparently lost his arm in the Navy and replaced it with a prosthetic hook. I don't understand why the writers settled on this plot point. I think we're supposed to find his newfound sexual prowess (coupled with amputee status) amusing, which feels more than a little distasteful.

Sharpest insult or one-liner:
"Social gatherings that need mouth-to-mouth" is one of my favorite phrases to come out of this show.

Rory: Oh, come on, Luke. You're the reason we had to pull out the Bop It.
Luke: What?
Lorelai: Bop It's what we bring out for social gatherings that need mouth-to-mouth.

Books mentioned/books Rory is reading:
Rory tells Richard that she's "very into P.G. Wodehouse right now," but never mentions a specific title. He, in turn, reveals that he's recently finished the final volume of "The Decline and Fall of the Roman Empire." Everyone sees this reading triumph as sad, but I personally feel that he's utilizing his time away from Emily wisely. Instead of wallowing, he's completing dense reading projects and singing in his glitter vest. Richard is my COVID-19 inspiration. Maybe I'll finally read "The Instructions."

When Lorelai pops over to the pool house later, we also see him ensconced in Proust's "In the Shadow of Young Girls in Flower." There's a nice throwback to Max Medina when Lorelai reveals that she tried to read Proust once but "struck out."

Thoughts:
This is one of those episodes where Luke is a dick, but I kind of don't blame him. In his defense, Lorelai totally tricks him into saying yes to a double date that he surely would have avoided had he known the details. The offer is framed in a way that makes Rory seem like a pitiable, lonely girl with no friends (which is true).

Luke: How does what sound?
Lorelai: Doing something with Rory tomorrow night.
Rory: You don't have to.
Luke: No, no really. That sounds great. We can all do something together.

If my partner pulled this shit with me, I would be furious. If I'm being forced to spend time with someone I dislike, I want advance notice so that I can be sure to have the proper number of edibles on hand.

When the double date evening arrives, it's even worse than anyone could have anticipated. Luke is immediately pissed that Dean is wearing slacks ("they're creased!") and annoyed that everyone insists on buying dinner from Jojo's. Lorelai makes things weird by trying to force some sort of camaraderie between Luke and Dean. As they shake hands, she says, "Too bad you weren't holding a trophy. That would have made a great picture." The amount of strained effort she puts into this interaction is embarrassing.

Once the gang hits BWR (and interrupts Kirk's makeout sesh), the tension increases. The first reel for the evening's scheduled movie, "Cool Hand Luke," has caught fire, causing "The Adventures of Pippi Longstocking" to become the replacement. Dean, longtime Gilmore aficionado, has already seen this film with the girls "at least three times." Luke is completely new to Pippi and her wild ass adventures, but quickly becomes enthralled ... although not enough to detract from Dean's (minor) transgressions. After being openly mean one too many times, Lorelai gives Luke a mild lecture urging him to chill.

When they all arrive back at the Gilmore house after the movie, the situation escalates further. After a few attempts to make softball-related conversation, the room becomes library quiet (aside from Rory's awkward "dum de dum dum dum" nonsense). There's an especially cringeworthy moment where underage Dean asks for a beer and Luke shames him into changing his order to water. If I were in this situation, I would either a) make up an excuse that forces everyone to leave my house or b) put on another movie. Since Rory and Lorelai love to watch the world burn, they pull out the Bop-It and wait for the dumpster fire to commence. Dean leaves in a huff and Luke gets a brief lecture about his bad behavior.

I understand why Luke is so anti-Dean, but balk at his inability to turn off the grouchiness for one evening. Rory is an adult who is capable of making her own decisions, even if they are catastrophically stupid. Acting like an ornery asshole and making everyone feel uncomfortable is not going to lead to the desired outcome. I hate when parents try to control their grown children. Giving advice is totally fine; using bad behavior as a manipulation tactic is unacceptable.

While the younger Gilmores deal with their double date drama, the elder Gilmores stay busy in their time of separation. Emily buys a panic room ("like Jodie Foster") and Richard joins a barbershop quartet, complete with glitter vest. It's clear that they still care about each other and that the only thing getting in the way of their reconciliation is pride. I love how they try to make Richard's pool house digs seem disgusting and unkempt when in reality, things seem totally fine. Let the man enjoy his boring ass books and Certs in peace.

I can barely even discuss Lane and Zack without dissolving into a puddle of rage, so I'm just going to give you the basics. After a few strained interactions, Lane tells Zack that she's changed her mind and no longer has feelings for him. Later, he comes into the diner and gives her a weird speech about "Dances with Wolves" and his need for ample time to process information. He is the worst, most useless male character on this show and I will never forgive the writers for foisting him onto our poor gal Lane Kim. She deserves so much better! She can't go from Dave Rygalski to this unkempt, illiterate vag desiccator. 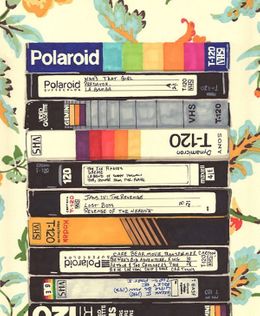 "It's Always Been Movies ... Since First We Met So Many Years Ago." 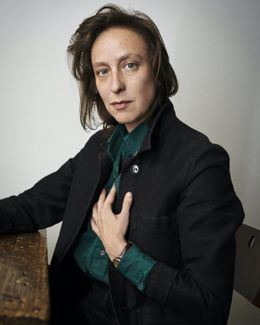