Directing and writing credits:
"The Party's Over" is directed by Eric Laneuville, written by Amy Sherman-Palladino. This is Laneuville's first (and only) episode of "GG," but he's definitely a TV veteran with a long, impressive list of credits to his name, including several episodes of "Midnight Caller," "Doogie Howser, M.D.," and "Lost." If I recall correctly, he is the first Black director to work on this show.

I don't really have any ASP news, but love her response to the criticism regarding Midge Maisel's parenting style:

I never saw one person say dick about Don Draper in Mad Men not hanging out with his kids. So fuck that shit. These kids have two sets of grandparents who dote on them, and they have a father that's there all the time. If this woman has to go out on the road to make a living, fuck you if you have an issue with that. And I mean that with all the love in my heart.

Yes! Fuck that double standard forever. Maisel was just nominated for more Emmys that honestly, should have gone elsewhere. Award shows are such a racket.

Most batshit crazy outfit:
Lorelai wears a hideous brown top with a deep keyhole at the neckline and on the sleeves. This is something I've never seen before and hope to never see again. I think it's supposed to be sexy, but it just looks she accidentally ripped her top at the seams (and not in a cool way). Her hair is frizzy and sort of flipped out, and she's wearing a shade of brown lipstick that belongs back in the '90s. This is mild compared to her standard bedazzled racist t-shirt collection, but still cringeworthy.

Most irritating Rory or Lorelai moment:
Everything about these two is annoying. I don't understand why Rory doesn't just tell Emily that she's upset about the male Yale party ambush. Instead, she whines to Lorelai who immediately jumps to action and does the confrontation dirty work for her. Is anyone even a bit surprised that AYitL Rory is such a fucking loser? Lorelai may have given her positive female role models and time to study, but she never taught her true independence. It's kind of like how my mom always used to schedule my doctor's appointments for me, so now I'm in my 30s and haven't seen a PCP since I was 20 🙃

When Luke "paella, gumbo, lasagna king" Danes offers to cook a dope dinner showcasing his true culinary skils, Lorelai decides to show up at his apartment in a maid's outfit. When he asks her wtf the deal is, she says, "This is as close as you're going to get to me cleaning up tonight." Can you imagine Emily Gilmore's reaction to this dick move? She would have 10,000 mini strokes.

Number of times Rory or Lorelai treat their bff like shit:
This is the second episode in a row with no Sookie. Have I made a joke about her and Jackson sexually experimenting with vegetables yet? That's what I always assume they're doing during long periods of absence.

Lane's primary concerns are making sure that Kyon doesn't starve while simultaneously trying to protect Zack from Mrs. Kim's "hellhounds." Paris is disgusted by her new sex symbol status amongst Yale's 50+ male faculty. She tells Rory, "You sleep with one old guy, and suddenly you're Catherine Zeta-Jones." After 20 years, Zeta-Jones is still married to Michael Douglas, who is 25 years her senior. I say good for her/who cares. If there's no fucked up power dynamic or gross manipulation (like being someone's professor or boss), I see nothing wrong with large age discrepancies in relationships.

Best literary or pop culture references:
Lorelai and Luke have a curious conversation after he reveals the date night dinner menu to her -- "lamb and artichoke stew, penne with pesto and potatoes, roasted garlic with rosemary focaccia, tomatoes stuffed with bread crumbs and goat cheese, and ricotta cheesecake with amaretto cookies to go with your coffee."

Lorelai: You're the perfect man.
Luke: Thank you.
Lorelai: I used to think it was Kelsey Grammer, but it's not. It's you.

Stars Hollow weirdness:
Dean reveals a fun Taylor tidbit: he offers Doose's Market employees an 80% discount on damanged goods. What a generous guy! A sandwich full of salmonella could be yours for the low, low price of NOT FREE.

Sharpest insult or one-liner:
For an ASP-penned episode, I did not find the dialogue very punchy or clever. I do like that George is the Clooney Luke associates most closely with ambiance.

Lorelai: Okay, so I brought a little ambience [pulls out candlesticks] and a little Clooney.
Luke: George?
Lorelai: Rosemary

I'm actually surprise Lorelai didn't punch back with an unfortunate gay joke. That would be par for the course with this show.

Books mentioned/books Rory is reading:
Rory is too busy acting like Emily Gilmore's puppet, over-accessorizing to death in blood diamonds, to do any reading. Logan compares the writing style in her Life and Death Brigade article to Joseph Mitchell, which I'm sure immediately floods her undercarriage. Please take note of the fact that Logan only ever name drops male writers. When he tried to convince Rory to participate in the umbrella jump, he used a litany of male journalists to plead his case. Rory's piece is probably the first he's every read that was penned by a woman.

Best song of the episode:
"Down" by Pidgeon plays while Rory hangs out in the pool house with Logan and all of his friends. When I first saw this episode in high school, I frantically searched for this song because I loved it so much. Pidgeon unfortunately only recorded two albums before breaking up and as far as I can tell, none of the members went on to start new bands. Jonathan Tuite, one of the guitarists, started an indie label called the Flenser that puts out some interesting music and books.

Thoughts:
This is one of those episodes that makes me hate everyone and regret spilling so much (virtual) ink on this bullshit show. Emily and Richard are still separated and fighting over nonsense like whether steak on a stick is an appropriate appetizer to serve with drinks. When Rory's cell phone goes off at dinner, she ends up freely admitting to Emily that she's back together with Dean. Did she somehow forget about the elder Gilmores' disastrous interaction with him 3 years ago?

Rory could have easily lied and said that the call was about the paper or something related to school. Part of me suspects that she wanted Emily to sabotage the relationship to avoid going through the break up rigmarole on her own. Notice how uncomfortable she seems during her lame lunch date with Dean where he offers her a carefully crafted food poisoning spread and has nothing valuable to say about her Life and Death Brigade article.

Lorelai: Wo-ow, Friday night without my mother! I don't know if I can deal! You might have to come over and force-feed me pickled herring and tell me what a disappointment I am. Hey, you want to go to the movies?
Rory: Can't, I'm going to the party.
Lorelai: What?
Rory: They asked me to.
Lorelai: Huh. Okay. I can get you out of it.

Rory is 20 years old. If she doesn't want to go to the party, she should be able to tell Emily and Richard herself. Lorelai's immediate desire to intervene tells you everything you need to know about her problematic parenting style. Weirdly enough, Rory doesn't want to get out of this horrible event. She's jazzed that the grandparents are manipulating her together and happy to play along. She doesn't even question their motives, which I find absolutely insane.

When Rory shows up to the party, she immediately realizes that something strange is afoot. Emily takes her upstairs and has someone do her hair and makeup. She's decked out in ice (necklace, earrings, and tiara) and paraded down the stairs into a sea of dudes. It's disgusting and offensive. I totally agree that Dean is not right for Rory, but that assessment has nothing to do with his working class background and everything to do with the fact that he is an unambitious, jealous dipshit. He's miles better than the group of men discussing stock Mercedes or the guy who can't wait to be a lawyer. I'm not sure how the elder Gilmores fail to realize that they're introducing Rory to the future (or current?) rapists of America.

After several disappointing party interactions, Rory sneaks away to Richard's office and calls Lorelai, who is at Luke's for dinner, to complain. In typical obnoxious fashion, TJ has shown up to Luke's apartment uninvited, crying over some dumb fight that he had with Liz. Instead of telling him to go take a dirt nap, Luke and Lorelai invite him in and let his disgusting energy swallow their date night whole. While Luke gently tries to remove TJ from the apartment, he tasks Lorelai with a very simple request to stir the sauce on the stove. She tells him that she "can't cook" and that she's "not good with big spoons, unless there's ice cream on the end." Why are the Gilmore girls so fucking incompetent?

While Luke deals with TJ, Lorelai tries to get her parents on the phone to bitch them out on Rory's behalf. Instead of doing it herself, Rory runs into Logan (who is of course friends with her grandparents) and escapes with him to the pool house for a little sub-party with Colin, Finn, and some other boring waste of trust funds. At one point, Logan asks her who she's going to choose because "this shindig's an obvious meat market." They are faux crushed when Rory reveals that she has a boyfriend and then suddenly remembers that she planned to meet him outside after the party.

Watching Dean sadly leaning against his truck as all of these rich brats leer at him is mildly heartbreaking even though I'm not a fan. I understand the discomfort he probably feels but don't exactly buy his sad little, "I don't belong here. Not anymore. Do I?" The answer, bro, is obviously not! You offer nothing to Rory, women, or the world in general but I never expected you to be self-aware enough to come to this conclusion on your own. Color me shocked.

I want us all to take a moment to mourn S1 Dean and the way the writers slowly dumbed him down over time. Remember how smart and cute he was for a brief stretch? He understood Rory's references and supported her book buying habits. He supported her dreams and defended her against Tristan. He made her a sweet, albeit ugly, leather bracelet with some kind of weird metal medallion! But then ... he refused to understand Rory's disdain for the Donna Reed lifestyle, flipped out when she didn't reciprocate his declarations of love, got salty when she prioritized college over him, and eventually cheated on his wife and blamed Rory for his mistakes. Ta-ta, Dean. We will see you again for a brief, pathetic moment in S6 and then not until an awkwardly written run-in at Doose's Market in "AYitL." 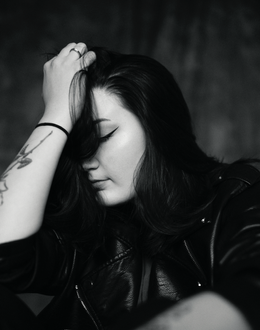 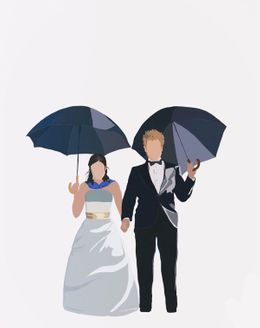