Directing and writing credits:
"Women of Questionable Morals" is directed by Matthew Diamond, written by Daniel Palladino. Diamond has worked on this show before and is probably best known as a choreographer and director of filmed ballet and theater performances. In my mind, he is Kenny Ortega-adjacent. Here are his previous episodes:

"The Hobbit, The Sofa, and Digger Stiles" - I want Sookie to come cook Thanksgiving dinner for me. I could go for some macaroni and cheese with a jalapeno-chipotle cream sauce.
"An Affair to Remember" - Luke reveals that he is shockingly familiar with "Pretty in Pink," something I always think about when they try to later pretend that he's never seen any movies.
"Luke Can See Her Face" - Is it just me, or does spending the night in a zucchini patch appeal to anyone else?
"Norman Mailer, I'm Pregnant" - We are once again reminded that in the "GG" universe, pregnancy is synonymous with batshit lunacy.

I don't have any Palladino news, but I did just listen to this KCRW interview with Dan and Amy. Elvis Mitchell asks some solid, thoughtful questions.

Most batshit crazy outfit:
You might remember this twee bow cardigan, which Rory re-wears in S6 during her court hearing. It is one of the ugliest, most offensive articles of clothing showcased during this series. The only person who could maybe make it work is a chubby toddler. What's worse is that it's styled with a pastel tweed midi skirt, pink and brown polka dot scarf, leather headband, and black t-strap black heels. It's a weird mishmash of clothes and accessories from different seasons and mall store clearance racks.

Most irritating Rory or Lorelai moment:
After pounding tequila all night with Christopher after his dad dies, Lorelai has breakfast with Rory the next morning at the diner. Just as she's about to tell Luke that her eyes are red because she was up all night drinking with her old flame, Rory interrupts and says, "Oh, I kept her up pretty late, you know, girl talk." Instead of correcting her and coming clean about the Christopher hang, Lorelai rolls with it and even avoids a pancake order because "Pancakes are hangover food, it would get him suspicious."

I'll discuss this in more detail later, but I hate that Rory and Lorelai decided to lie about something so vanilla. Keeping secrets, especially about mundane shit, is never the right move if you're actually invested in a relationship.

Number of times Rory or Lorelai treat their bff like shit:
For once, all friends are treated decently. Paris only pops up for a hot second to bitch about C-Span. Rory and Lane haven't had a single conversation since "We Got Us a Pippi Virgin." The way this show treats Lane is criminal.

If not for Sookie, Lorelai would have happily traipsed around the inn, emptying coffee dregs from random customers into her own cup 🤮 This is one of those actions that is even more outrageous in the wake of Covid. While Lorelai doesn't exactly thank Sookie for saving her from mononucleosis, she does admit that she's ashamed of her actions.

Best literary or pop culture references:
Lorelai says that the Revolutionary War reenactment's dialogue is "worse than 'From Justin to Kelly.'" She's not wrong! If I couldn't find something to like about this movie while stoned, you know it's irredeemable. At one point, Kelly Clarkson introduces herself by saying "My friends call me Kelly for short." Bask in the shittiness of that writing for a second.

Stars Hollow weirdness:
Where do I begin? I feel like Daniel Palladino did a truckload of cocaine before writing this episode and let his mind run wild concocting offensive townie scenarios. Or perhaps someone told him that the previous war reenactor storyline was boring, so he decided to spice this one up with a healthy dose of misogyny? Either way, the result is a disaster. As Taylor tells it, a local historian uncovered a new story about Star Hollow's participation in the Revolutionary War. Apparently, a "brave lady of the town" distracted an English general with sex to open up the opportunity for an ambush.

Instead of thanking her for her service and calling it a fucking day, there's a lengthy back-and-forth about what to call her. "Streetwalker," "concubine," "scarlet woman," "harlot," "woman of accommodating morals," and "hot mutton" are all bandied about. Luke refers to her as a "hooker." Does this remind anyone else of the way the media treats Stormy Daniels? It's infuriating. Then, of course, there is an entire audition held for this female role that is hella problematic. Lulu ends up getting the part but falling ill on the day of and relinquishing her duties to Kirk. The whole thing feels a little homophobic/transphobic and made me heavily cringe, which is nothing out of the ordinary when viewing this show in 2020.

Sharpest insult or one-liner:
There are a few good ones, but I always laugh when Lorelai says, "Children should shoot us for what we make them do" as the Stars Hollow Elementary School students read together in unison at the war reenactment. I think this every time I see a small child wearing something ridiculous and prancing around like a little show pony for their parents' enjoyment.

Books mentioned/books Rory is reading:
Rory is carrying a book when she runs into Christopher after her philosophy class. I can't make out the title, but it might be "An Enquiry Concerning the Principles of Morals" since her class is discussing Hume.

Best song of the episode:
Nothing but Sam Phillips' iconic la-la-las up in this bitch.

Thoughts:
Finally, the forces of the universe come together to quell Lorelai's horniness for snow. I enjoy winter as much as the next person, but you can't live in a cold climate your entire life without railing against Jack Frost at least once. Snow rapidly loses its charm as soon as you're running late and nearly break a knee cap because your neighbor hasn't salted his sidewalk.

After dragging Luke out of bed and waiting for the first flakes to fall, Lorelai waxes poetic about snow: "Sleigh rides, ice skating, snowball fights. I'll even take curling [...] Hot cocoa, hot toddies. Best time of the year!" Over the course of 40 minutes, we watch that love dissipate as the inn cancellations rush in, important supplies are backordered (floor mats and coffee), no one is available to plow the driveway, the ceiling starts leaking, and snow completely engulfs the Jeep. In a rant that has always felt forced to me, Lorelai grumbles at Luke about her dead "foot modeling career" and newfound hatred of snow. My husband said he wouldn't be surprised if Lorelai's snow rant "gave Luke permanent erectile dysfunction."

But of course, Luke loves Lorelai and doesn't want to see her adopt his negative attitude toward snow. At the end of the episode, he surprises her by constructing an ice rink in her front yard and declaring,

"I felt kind of bad about you and snow, the rough time you were having, and I really wasn’t helping any by saying all that stuff about snow being a pain and impractical, and it’s just icy water falling from the sky, and I thought maybe I’d get you two back together. Make you feel better about snow again."

It's a lovely moment, made all the worse by Lorelai's decision to double down on the Christopher lie. Luke gives her an easy out when he notes, "You were lying this morning [...] You said you were fine but you didn’t look it. You get sick or something last night?" Instead of seizing this opportunity to come clean and tell Luke about Christopher's dad, Lorelai chalks it up to a headache and swiftly changes the subject.

Why can't these motherfuckers act like adults and stop lying about petty shit? I can see how it would be hard to open up to someone after years of independence and solitude, but at least give it a shot if you're going to enter into a committed relationship. Lorelai and Luke seem like opposites in many ways, but their emotional limitations are actually quite similar. At this point, it seems like Lorelai is so deeply invested and worried about fucking things up with Luke that she ends up subconsciously self-sabotaging the relationship. I wonder if some part of her thinks that she has to do everything alone because that has been her situation since Rory's birth and she's afraid of change, even though it might be good for her.

Rory, who had been actively avoiding Christopher all season, finally makes up with him after hearing about Straub's death. When he initially shows up at her dorm room and tries to take her out to breakfast, she brushes him off. He reemerges outside of her philosophy classroom, holding coffee, and finally tells her why he's being so persistent: Christopher's dad is sick, which has made him think deeper about his relationship with Rory. Although it has been contentious in the past, he doesn't want it to be that way going forward. Rory stares at him blankly as he hands over the coffee and walks off sadly.

Rory's character motivation makes sense to me. She's been burned by Christopher in the past and thus, isn't keen to get invested in his self improvement odyssey. After Emily and Richard notify the girls of Straub's death at Friday night dinner, Rory realizes that Christopher wasn't just bullshitting her; the desperation seeping from his pores during the Yale visit was legit. Rory shows up at his house to comfort him with milk and cookies, followed swiftly by Lorelai and Jose. It won't be long before Rory and Lorelai rescind their olive branches.

The best part of this episode is Emily and Richard's brief foray into animal friendship. When a dog (later known as Princess) shows up outside of the house, the elder Gilmores band together to decide the best way to reunite her with her family. While they sit near the dog, feed her, and have lengthy conversations about how she likes her blanket arranged, neither Gilmore ever touches her. These WASPs are so tightly wound that they can't even pet a damn dog. After looking up her breed on dogbreed411.com (don't visit this website unless you want a virus), they conclude that she's a longhaired Jack Russell terrier.

With Princess in the picture, Emily and Richard start functioning as a unit again. Emily even joins the girls in the pool house for drinks (a martini with dog hair). This "normal" dynamic is short-lived. As soon as Princess' family is located, the catalyst for conversation is gone and both grandparents are back to their respective emotional avoidance techniques. In 2 episodes, these fools will be happily back together, proving that a dog's presence is just as effective as couples therapy. 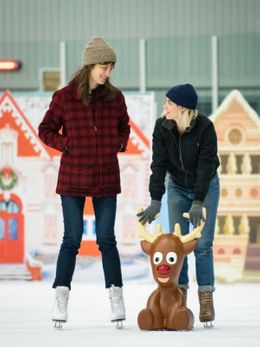 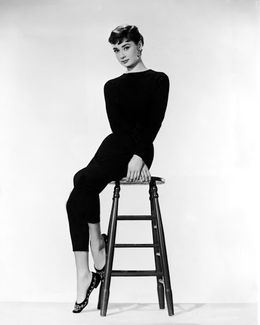