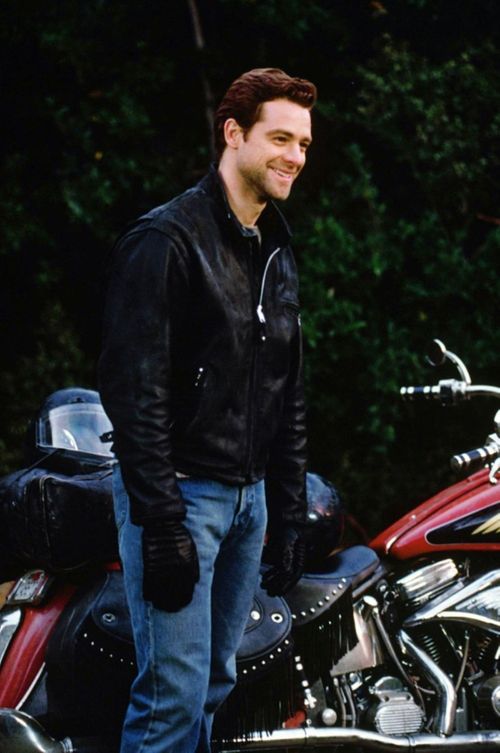 Directing and writing credits:
Written by Daniel Palladino, directed by Michael Katleman. Dan Palladino loves the Stars Hollow townies, so it's no surprise he managed to work them into a Gilmore family heavy episode. I love all of the gossip surrounding Christopher and discussion over whether he looks most like George Clooney, Brad Pitt, or Billy Crudup. My vote goes to Crudup, btw.

You should remember Michael Katleman from "Cinnamon's Wake" and "That Damn Donna Reed."

Most batshit crazy outfit:
The skirt Lorelai wears to dinner looks like a wall-covering from an all-you-can-eat Chinese restaurant buffet. It's red, midi-length, slit up the back, and adorned with gold dragons. But... the outfit overall isn't horrible. The proportions are pretty good and Lorelai's makeup and hair are actually kind of nice.

For full-body hideousness, I have to give this award to Rory. The outfit she wears to the softball game is frumpy and sad. Her dgaf air-dryed hair is held back with a blue, stretchy headband. Lorelai clearly bought her a 6-pack of these and Rory plans to wear them out in public until they disintegrate, even though they're meant for face washing only. Her red zip-up hoodie, floral printed shirt, and translucent bead necklace are fairly inoffensive, but the fact that she chose to pair them with army green pants is unforgivable. I should also note that the pants have flap pockets on the ass. She may or may not be wearing Doc Martens, but in the least cool way possible - with them mostly covered by her pants.

Most irritating Rory or Lorelai moment:
Lorelai forgets about her painting date with Luke and opts to fuck Chris on the balcony instead. Rory clearly knows something is up and if she actually went to therapy, this night would certainly be a prime topic for discussion.

Number of times Rory or Lorelai treat their bff like shit:
None! Lane isn't in this episode and Sookie only makes a brief appearance.

Best literary or pop culture references:
Richard: I’m a....Chuck Berry man myself. [Lorelai laughs almost spitting out her drink] Something wrong?
Lorelai: I would never have guessed that that last sentence would ever come out of your mouth.
Richard: And why not?
Lorelai: Chuck Berry?
Richard: Yes, Chuck Berry. He was all the rage when I was in school.
Lorelai: So we’re talking pre-‘My-ding-aling’?
Richard: I believe I am.

I agree with Lorelai - I can't imagine Richard listening to Chuck Berry, but the writers are thoroughly committed to this preference. Later, in episode 3.10, Rory buys Richard "Chuck Berry: Live at the Fillmore Auditorium" for his birthday. When Richard has a heart attack in 7.13, Rory brings this album to his hospital room. In "Winter," the first episode of "A Year in the Life," this same album can be seen on Richard's funeral table. Applause for continuity!

Stars Hollow weirdness:
Christopher's visit to Stars Hollow is clearly the most exciting thing that's happened to these people in a long time. Miss Patty wants to fuck him, Taylor's eager to get a first-hand look, and Jackson is content to spend most of his day gossiping about Chris's "money nose."

Sharpest insult or one-liner:
Kirk: What can I say, I’m addicted to comedy. [to Rory and Chris] Half an hour they been playing and it’s tied zero - zero. [louder] Hey if you ever take this show on the road I got a name for you, zero and zero. Dean Zero and Luke Zero - get it?
Luke: Doesn’t even resemble clever.
Kirk: I’m dumbing it down for you Alfalfa.

Kirk with the Alfalfa insult, FTW. 10-year-old Lindsay would have understood and appreciated this one.

Books mentioned/books Rory is reading:
The Compact Oxford English Dictionary - Chris tries to buy this for Rory, but his credit card is declined. And Lorelai is the one who's the fuck up...

Best song of the episode:
Weirdly, there's no music in this episode. The Internet tells me it features "Need to Be Next To You" by Leigh Nash, but that's definitely inaccurate. There are references to Chuck Berry, The Offspring, Metallica, Deep Purple, The Rolling Stones, and Black Sabbath, though.

Thoughts:
It's undeniable: Chris and Lorelai have great chemistry. But never, at any point during this series, did I want them to be together. I was bummed about how things ended for Lorelai during the Season 2 finale, but also relieved. That relationship never would have worked + I wanted more Mädchen Amick. It makes me happy when "Twin Peaks" actors pop up in Stars Hollow. This Flavorwire article makes the argument that "Gilmore Girls" is actually a "Twin Peaks" tribute show and I totally buy into it.

So why don't I like Chris and Lorelai together? Mainly because I think they bring out the worst in each other. When they team up, it's like they're back in high school and primed to make all kinds of terrible decisions. I'll go into this more during later episode recaps, but I think it's valid to bring up now because we definitely get a glimpse of it here.

Chris is obviously still incredibly immature. First, his credit card is declined while trying to buy a book that can't be more than $450. That's just sad! I feel zero sympathy for people who come from wealth, fuck up their lives, and never learn how to manage money. Whenever his dad attacks Lorelai and claims she's nothing but a slut/life ruiner, Chris just sits there, mute and useless. If you're past thirty and still can't stand up to your parents, something is seriously wrong. He apologizes to Lorelai later (kind of) and tells her it's not her fault - that he never would have made it through Princeton even if Rory hadn't been born. Oh, okay. Well that makes the situation better, then. Thanks for the consoling words.

The decision to drink tequila and have sex on the balcony is also a bad one. Rory is right downstairs. They still have to drive home. The balcony looks like concrete and won't it wreak havoc on their backs? Bad decisions all around. And whenever they're driving home, Rory clearly knows something happened. She's not stupid or 10-years-old. She's capable of noticing absence and awkwardness and drawing her own conclusions.

And there's also the fact that Christopher was absent for most of Rory's upbringing:

Christopher: I haven’t been enough a part of Rory’s life. So I wanna be around more, to be a pal she can depend on. I mean I’m not crazy, I know there’s already a life going on here and God knows she doesn’t need anyone besides you but....if you give me a chance....
Lorelai: I’ve always had the door to Rory open for you.

As shitty as Lorelai can be, she does do a relatively good job of giving Chris contact whenever he wants it and trying to prevent Rory from taking sides whenever they're sparring. We have no reason to believe this wasn't also the case during Rory's childhood, so it's sad to think that Chris had no desire to be present for it.

Episodes like this definitely make me more sympathetic to Lorelai's plight. Richard and Emily aren't as bad as Straub and Francine, but damn... the misogyny in this episode is hard to take. Here's an example:

Straub: Our son was bound for Princeton. Every Hayden male attended Princeton including myself, but it all stopped with Christopher. It’s a humiliation we’ve had to live with every day, all because you seduced him into ruining his life. She had that baby and ended his future.

Oh, because it's all Lorelai's fault? Christopher played no role? Mmk.

Richard's characterization of Christopher is also interesting. After the huge blow-up at dinner, he talks to Lorelai in his office:

Don’t be a martyr Lorelai. And don’t be naïve. Do you think I love the boy who got my daughter pregnant? I wanted to kill him! I would have, too, with my bare hands. But there’s a proper procedure to be followed in a situation like this.

But initially, before Straub and Francine's arrival, he's delighted to see Christopher and tells him, "I always knew you had it in you. You have a splash of greatness as my mother would say. You’ve always had that splash of greatness." So let me get this straight. Christopher, who has done nothing but fuck up consistently over the years, gets the "splash of greatness" benefit of the doubt, while Lorelai, who has actually struggled her way to the top at her place of employment, is an embarrassment? Ok. Sounds about right for the patriarchal world we live in. 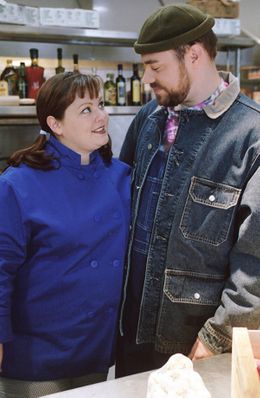 'Top of the Lake: China Girl' Season 2, Episode 6: The Battle of the Mothers 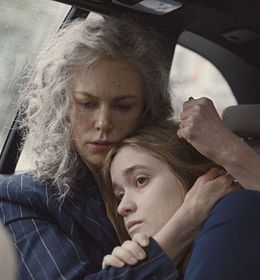