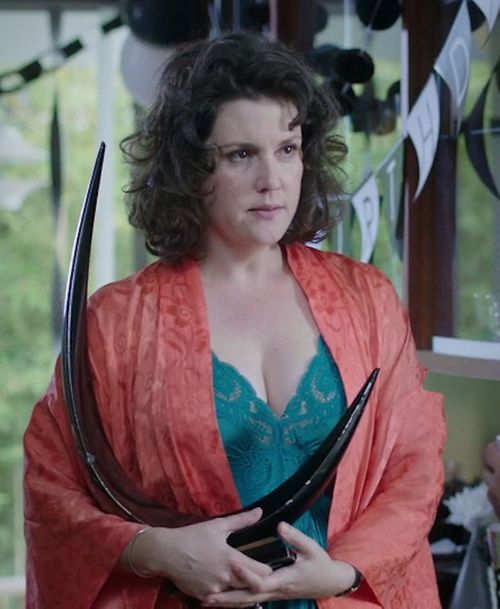 Vibe:
The film is broken into four parts, all with distinctive moods and vibes. It’s bookended by shorts that are dark and mysterious, while the two sandwiched in-between are comedic and fluffier. Each director explores a different subgenre. We get a little body horror, some 70’s/80’s slasher-y high genre and two chapters that fall more into psychological horror. All the iterations are missing any real gut-wrenching terror. A little too light for my taste. The four parts are connected by some weird morbid dollhouse stop motion animation that is more jarring and confusing than bridging.

Best time to watch:
When your attention span is short and you're craving something that doesn’t require any heavy mental lifting. It’s an easy watch.

Worst time to watch:
If you are craving some serious scare factor horror. The whole anthology has a maximum of two, maybe three, genuine scares.

Where to watch:
The usual: iTunes, Amazon and a host of other places all listed here. It’s been playing sporadically on smaller screens in cities like Santa Ana and Rochester. Weird. Check here to see where it is playing next.

Quick summary:
The anthology begins with fellow Canadian Jovanka Vuckovic’s “The Box,” a thriller that sadly goes nowhere. It also feels eerily familiar. Remember 2009’s The Box with Cameron Diaz and James Marsden? Don’t bother looking it up if you don’t. Vukovic's installment is the least satisfying film of the bunch. I’ve never been so bored by a non-ending in my life and Antonioni is my favorite filmmaker.

Part two is Annie Clark’s “The Birthday Party” with Melanie Lynskey as Mary, the classic, nearly-falling-apart-at-the-seams, privileged housewife. The film opens on the morning of her daughter’s 7th birthday party and in the 25th hour, Mary stumbles upon an “inconvenient situation” in her husband’s office. Her problem solving methodology leads her to conceal the “situation” with a panda costume. It’s fairly funny, particularly when it all comes apart at the end. The final sequence is a living room full of seven year olds in obscure cartoonish costumes screaming. I’m not generally one for affected filmmaking, but the slow motion here works well. The film’s alternative title, “The Memory of Lucy Suppressed From Her Seventh Birthday That Wasn’t Really Her Mom’s Fault,” is maybe a little cutesy, but enjoyable.

The third chapter, Roxanne Benjamin's “Don’t Fall,” is the most fun film of the pack. With the popularity of “Stranger Things,” it's no shock that 80's camp horror is having a major revival moment. From the very beginning it is clear “Don’t Fall” wears its homages on its sleeve. The title sequence harks right back to Nightmare on Elm Street and Friday the 13th. It opens with four friends (all classic horror archetypes) on a camping trip: the stoner dude, the reluctant scared chick, the hot cool chick, and the nerd-y guy. It’s all fun and games until someone scratches their hand on an eerie looking petroglyph. "Don't Fall" is turbo-charged, feminist body horror and has the anthology’s only jump in your seat scares.

The final chapter is Karyn Kusama's "Her Only Living Son," which is the most nuanced of the bunch. Her composition and framing are that of an experienced filmmaker and she understands the importance of creating stylistic atmosphere. On the surface, it's a story of a single mother raising a "difficult" teenage son on the cusp of his 18th birthday. As the film progresses, we learn that the challenges facing Cora (Christina Kirk) are beyond typical parenting woes. Her son has some quirks that drive this chapter back into body horror territory. Is the subgenre having a comeback? Ginger Snaps 4?

Thoughts:
The trailer convinced me that this could potentially be some serious feminist horror, which had me instantly sold. Not to mention Karyn Kusama (Girlfight, Jennifer's Body, The Invitation) was directing a chapter. The Invitation shook the Hollywood resident in me to the core. My expectations were high and they quickly came crashing down. I’m all for female auteurs, seriously anyone and everyone should give more women a chance, but most of these just didn’t work or barely worked... they're nothing memorable. Horror is the most affective genre and if it leaves an audience unmoved, it has failed. There wasn’t anything wrong with this anthology, but there wasn’t anything right either. No one wants to watch a scary movie and say “meh” at the end.

My enthusiasm for horror has been unwavering. I was the kid at the pre-teen sleepover advocating for yet another viewing of Prom Night or Pet Cemetery and more recently, I’ve been a proponent of It Follows and Get Out. I wanted more scare factor or more high genre or more of anything. None of the pieces delivered. It could’ve been more suspense, gore or disturbing imagery. I thought maybe there would be some badass final girls. Where were the Laurie Strodes and the Sidney Prescotts? Or some Tarantino style heroines a la Death Proof or Kill Bill?

I think XX is worth a watch simply to see how women are interpreting a genre that has long left them objectified and victimized. Here's to hoping that there's more (and better) female driven horror in the works. Hopefully, upcoming female horror directors will push a little harder and make me care a little more. 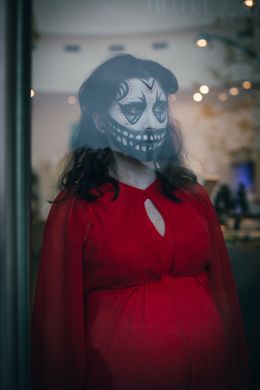 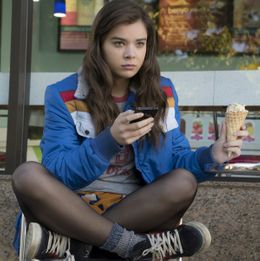