a month ago by Lindsay Pugh — 9 min read

There's a Madeleine Albright quote from 2008 (re-popularized in 2013 by Taylor Swift), that goes like this: "There is a special place in hell for women who don't help other women." "Maisel vs. Lennon: The Cut Contest" explores that idea and comes to the conclusion that, at least in the 1960s, helping another woman is not a requirement if she is a bitch or if doing so comes at a personal cost. Those who disagree can blame Daniel Palladino, the writer of this episode.

You might recall that the bad blood between Sophie Lennon and Midge first arose in S1. After meeting with Sophie and learning that she is a wealthy, Yale-educated sophisticate and not a low-rent pleb from Queens, Midge exposes this fraud during a set at the Gaslight, kicking off a years-long feud. At this point in the series, they aren't actively warring over anything specific, but Sophie will always resent Midge for tarnishing her reputation; Midge will never forgive Sophie for blackballing her. When Susie successfully rehabilitates her career post "Miss Julie," Sophie tries everything to win her back as a manager to no avail.

In a last ditch attempt, Sophie shows up at Midge's apartment and offers her a lucrative warm-up gig on "Seconds Count" that would erase her debt in a year or less. The timing is especially fortuitous since not only is Midge's refrigerator on the fritz, but Moishe is becoming increasingly impatient with her lack of mortgage payments. Or, as Sophie puts it, "You are in debt up to your alabaster tits." The thought is that if Midge and Sophie start working together and manage to get along, Susie will eventually take her on as a client again. It's a clear example of the power and influence that comes with money. If Sophie can't directly manipulate Susie, she'll use the more vulnerable Midge as her entry point.

Upon exiting the apartment, Sophie rhetorically asks Midge, "Women should help each other out, don't you think?" It's a neverending cycle of using/abusing other women in order to get ahead under the fucked up guise of feminism. Sophie is willing to help Midge, but only as a means to an end. Midge is willing to take Sophie's help, thereby complicating matters for Susie, as long as it financially benefits her. Ultimately, both Midge and Sophie realize that their egos are too outsized to act in their own best interests.

During Midge's first warm-up gig at the studio, Sophie overhears the audience laughter and becomes immediately insecure. In an impromptu cutting contest, both women tear each other down with delightfully personal digs until the NBC interns rush out with pot holders to mitigate the drama. If the audience receives free shit, maybe they'll forget about Midge's suggestion that Sophie has an "incurable venereal disease not seen since the days of Columbus." I understand why these women hate each other and can't put aside differences to preserve a situation that would benefit them both. Internalized misogyny runs deep!

If Midge succeeds, Sophie feels like she's being replaced by a younger (and therefore "better") model. She's used to ferociously undermining other women because she views it as a necessity for success. While Midge could theoretically keep her mouth shut in an attempt to placate Sophie, nothing we know about her suggests that she is capable of hiding her true feelings. Midge isn't the type to examine someone else's behavior in an attempt to understand them; instead, she responds to threats instinctually, often to the detriment of the bigger picture.

The situation with L. Roy Dunham (Hari Nef) has a similarly myopic dynamic. After yet another brutal takedown in the Daily News, Midge shows up at the paper and demands a meeting. Instead of finding a gross old man with a penchant for social conservatism, she meets a woman her age who is sophisticated enough to recognize the smell of Arpège. I'm disappointed with myself for not realizing that the delightfully cunty L. Roy is, of course, a woman. Have L.M. Montgomery and  P. L. Travers taught me nothing?

L. Roy reveals that since she started writing nasty things about Midge, she's experienced an upward career trajectory. She now has a primo window desk and is no longer seen around the office as just a "skirt." In other words, as long as disparaging Midge remains beneficial, L. Roy has no reason to stop. She tries to spin the whole "all press is good press" angle, but Midge is too vain to co-sign anything aside from outright praise. It's rich that Midge is so indignant over this injustice considering she, too, shat all over other women (Sophie, Penny Pan) early in her career. Midge is not above this type of behavior, yet remains shocked when someone else aims it at her.

And it is tough for women in journalism, comedy, burlesque, matchmaking ... basically any fucking job you can imagine. Midge makes countless improvements to the Wolford, basically doing the hard parts of Boise's job for him, and is still denigrated for attracting the "wrong" type of audience, AKA women. In a meeting amongst the (male) managers of the club, Boise even tries to pit some of the dancers against Midge. When they chime in to offer their support, he barks, "I'm sorry, you guys should be sore. Maisel's hogging all the spotlight." Thankfully, they don't give a shit because Midge has improved their quality of life by vanquishing the piss smell and increasing their tips.

Terrence (Daniel Oreskes), the smartest of the partners, is pragmatic enough to realize that as long as Midge and her crowd of women bring in money, catering to their needs is simply good business. Tiny umbrellas and feminine hygiene products for everyone, hooray! And let's all raise a pink squirrel to Susie, whose "fuck you, pay me" attitude will likely lead to Midge pocketing a cut of the bar tab.

I'm sure I've said this before, but I watch "Maisel" almost solely for Susie. I couldn't give a shit less about whether Midge succeeds or fails, but I am heavily invested in her manager's career arc. With each season, Susie has gained the confidence and negotiation skills to become excellent at her job. Even Terrence notes, with respect, "He's tough. He should work the door." While Susie hasn't had success with any client but Midge thus far, she's putting in the work with Alfie. When he skips out on a gig at Joel's club, Susie hunts him down and instead of tearing him a new asshole for making her look bad, tries to figure out why he's hellbent on failure.

This is what makes Susie a good manager. She analyzes people and figures out what they need to thrive. Of all the characters on this show, she's the most sneakily empathetic. She often presents as tough and no nonsense, but she legitimately cares about other people, especially those that self-sabotage. Both Alfie and Midge are terrified of failure. Instead of getting his shit together and actually pursuing opportunities, Alfie gets drunk and doesn't even try. Post-Shy Baldwin fiasco, Midge could have booked more opening gigs and pursued bigger audiences. By tucking herself away at the Wolford, she gets the thrill of commanding an audience without the risk of true embarrassment. Susie understands this and does what she can to right the ship without bruising egos.

Although Susie is a woman, she often transcends traditional gender politics in the world of "Maisel." Men still underestimate her because of her sex, but her more masculine-presenting exterior makes her less of a threat to other women. If she were a comedian instead of a manager, I wonder if Midge and Sophie would respond to her in the same way. I'm not sure the show is interested in taking any of these ideas further, but I appreciate that they're included as part of the characterization.

In this episode, Rose is likewise afflicted by a group of women who are doing everything in their power to orchestrate her failure. She's initially thrilled to receive an invite to the Small Business Women's Council annual luncheon in Brighton Beach but once she arrives, realizes that it's nothing more than an organized scare tactic to run her out of the matchmaking scene. Benedetta (Kelly Bishop) compares Rose to a dog, trying to eat kibble out of another dog's dish. It turns out that after the matchmaking wars, New York City was split up into territories and assigned to different women:

If Rose doesn't shut down her business, the council threatens to expose her secrets, i.e. Miriam's work with "that nudie show," and make everything but her hat disappear. Rose seems more likely to go out and buy a gun, complete with mother-of-pearl grip, than to fold over idle threats from these impeccably-dressed senior citizens, but nothing would surprise me.

Other notable events that don't fall under the "women fucking over other women" umbrella are Lenny Bruce's Upper West Side hangover and Mei's unexpected pregnancy. "How to Chew Quietly and Influence People" ended with Midge hastily exiting a taxi and running out into the street. At the beginning of "Maisel vs. Lennon," we learn that she did this because she spotted Lenny passed out on the ground. When she couldn't figure out where he was staying, she took him to her apartment and let him sleep it off in Ethan and Esther's room. There is a funny moment where the elder Maisels cheerfully offer a very confused Lenny a plethora of breakfast options while openly discussing his stupidity. It's a funny opener tinged with darkness c/o the real Lenny Bruce's heroin addiction, which has been looming over the series since his introduction.

I don't have much to say about Mei, but watching her repeat, "I'm gonna be a doctor" in Joel's office nearly broke my heart. While I desperately hope that the pregnancy doesn't progress, we all know how much the Palladinos love to saddle women with unplanned children, ignorantly pretending that alternate options don't even exist. I hate to sound like a broken record, but if this subplot goes the way of Lane Kim, I will stop watching this show in protest. 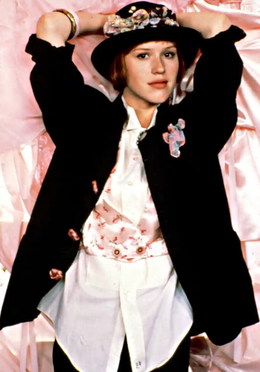 'Gilmore Girls' Season 6, Episode 19: I Get a Sidekick Out of You 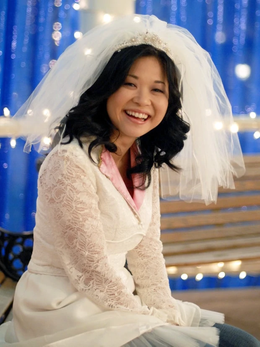