Vibe:
"Jinn" is a beautiful, tender coming-of-age story, with a similar vibe to last year's "Lady Bird." It raises interesting questions about identity and explores them using the Islamic concept of jinn. The film opens with an explanatory intertitle:

While the tone is often serious, there are plenty of light moments. I laughed out loud when Summer (Zoe Renee) and her friend Blaine (Ashlei Foushee) drunkenly discussed cutting the tails off of their My Little Ponies. The director, Nijla Mu'min, also wrote the screenplay (loosely based on her own life), which is why the dialogue and story feel so authentic; the script is written by someone who inhabits this world instead of a poser desperately trying to emulate the lingo.

Best time to watch:
Watch it with other teen movies like the aforementioned "Lady Bird," "Mustang," "The Edge of Seventeen," and "Pariah." I enjoy seeing female-directed movies, from different perspectives, about these messy, formative years. I didn't think I would relate so deeply to a Black Muslim girl's story, but Summer's struggles are universal.

I attempt to be tolerant and respectful, but the truth is that I can be pretty close-minded and dismissive when it comes to religion. As an atheist, I easily fall into the "These people are so stupid" mindset, which I know isn't cool. I enjoyed this movie so much, mainly because it gave non-preachy insight into religion's appeal, while fully acknowledging its pitfalls.

Worst time to watch:
I watched this movie when I woke up with a start at 3AM and couldn't fall back asleep. I was in a pissy mood and it definitely wasn't the ideal viewing situation. I was in NYC for work that week, had zero snacks in my hotel room, and sitting on a bed that squeaked every time I moved. Had I done it right, I would have actually gone to Indie Memphis and seen it in a theater. This was one of my favorite movies from 2018 and it deserves to be seen on a big screen.

Where to watch:
"Jinn" is now available on streaming platforms! Check it out on iTunes, Amazon, and Google Play. If it happens to screen in a city near you, support this wonderful film (and hopefully a cool independent cinema) by showing up in person.

Quick summary:
Summer is a creative, expressive high school senior who is passionate about dance and hoping to gain acceptance to CalArts. When her mom decides to convert to Islam, shit gets complicated. She wants to be supportive and understanding but doesn't understand how this new lifestyle can possibly jibe with other aspects of her personality and identity.

Thoughts:
When I was a teenager, my casual flirtation with religion turned into a full-blown love affair. I signed up for youth group, moshed to Relient K at Creation, and made wild, sincere declarations of chastity (lol). I wish I could remember why I got into religion, but I truly have no fucking clue. I suspect it was because I thought all of the other kids at my church were cool and I wanted to be a part of their group. When I was young, I never half-assed anything. I was a type-A perfectionist and if I decided to do something, I devoted myself to it completely.

My love burned bright for a couple of years and then fizzled. I quickly lost interest when I realized that no one could answer any of my questions in a satisfying way. God exists because the Bible says he does? Sorry Pastor Jim, that explanation doesn't work for me. Blind belief feels like a slippery slope that easily leads to manipulation, especially for young people.

When I saw the trailer for "Jinn," I was immediately skeptical. Following a young girl's journey into religion sounds like a nightmare, but I was thoroughly invested in Summer. Her story could have easily felt one-note, but Mu'min approaches tough ideas and legitimate problems with nuance and honesty. Her aim isn't to convince us of anything or dispel preconceptions. She presents many different ideas and viewpoints, but without emotional manipulation or oversimplification.

Summer is a typical seventeen-year-old. She sends flirty texts during class and is entranced by a former schoolmate turned YouTube pole dancer. She makes eyes at everyone and is either sexually open or in the throes of exploration. She loves to dance and looks happiest when in motion. In an essay for school, she writes, "I dance because my grandmother danced. Movement is one of my only connections to my lineage, to my DNA." She has a solid girl group at school and although her friendship with Tati (Maya Morales) is rocky, she's close with Blaine. Her parents are divorced, but she has a good relationship with both of them.

When her mom Jade (Simone Missick), a meteorologist for a local TV station, starts to go to the mosque and embrace Islam, Summer's initial reaction is best summed up as, "Ugh, whatever." Later, in voiceover, she tells us,

"I don't know what it means to be a believer. Growing up, we never went to church. I want to be what my mother wants, but I'm scared of what I want: to be with someone, to feel, to touch them, to dream all at once. My mother comes home from the masjid glowing in a light I've never seen. It's a godly light ... one I connect to. I want to glow like her, but I ... already feel tainted, full of a fire I can't put out."

It's almost like Summer has preemptively dismissed her mom's interest because she doesn't think she has what it takes to live up to her new standards. She wants to feel the way her mom does when she returns from the masjid, but she doesn't want to surrender her freedom for it. As a young person, it's nice to have something concrete to hold onto while everything around you changes rapidly. Summer is on the precipice of a major life change (leaving home to attend college), so it makes sense that her mom's new sense of peace might appeal to her, even though it comes with restrictions.

As Summer begins to join her mom at the mosque and learn about Islam, her true feelings are unclear. Does she find real value in religion or is she only going to the mosque because she wants to make her mom happy? How does Tahir (Kelvin Harrison Jr.) factor into the equation? The night before she says Shahada, the Testimony of Faith to convert to Islam, a pastel-haired Summer takes a hit off a blunt and parties with her friends. She hasn't changed her mind about converting, she just doesn't see why that decision should impinge on her fun.

Summer consistently experiments with, and straddles, these worlds: teen/fun LA high school and serious, committed neighborhood masjid. Both worlds have value for her and by dipping a toe in each of them, she's able to learn things about herself that she might have otherwise missed. People try to pull her deeper in each direction, but she tries to resist their influence and do what is right for her. No teenage is stranger to this kind of pressure.

Summer also tries to resist other peoples' understandings of Islam. Her mother interprets the Quran in a stricter, more traditional way, but she embraces concepts that give her more room to breathe. She's drawn to the idea of jinn, of supernatural creatures who occupy a parallel universe and have free will to choose who they become. She finds power and strength in jinn and aspires to navigate her own world like them. Instead of being told what to do, she wants to experience everything for herself and make her own determinations.

Instead of believing everything she's told, Summer develops her own moral compass. She wants to please her mother, the people at the masjid, and Allah, but she identifies and adheres to her own needs. Isn't this what becoming an adult is at least partially about? Living up to our own standards is all that any of us can really do. Trying to please everyone is an exhausting, fruitless endeavor. Summer has to do what feels right for her, how can she figure that out if she isn't given room for self-discovery?

"Jinn" works because Mu'min doesn't try to place Summer into a neat little box. At the end of the film, Summer's trajectory isn't obvious, and that's okay. She might go to CalArts, immerse herself in dance, and forget all about Islam. Or maybe she'll continue to study the Quran, find a progressive masjid, and devote her life to religion. All options are open to her because like jinn, Summer has free will. If she continues to exercise it, maybe she'll find lasting happiness. 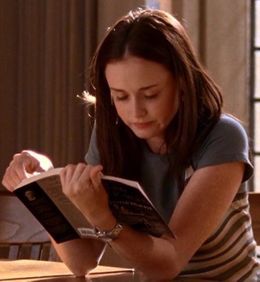 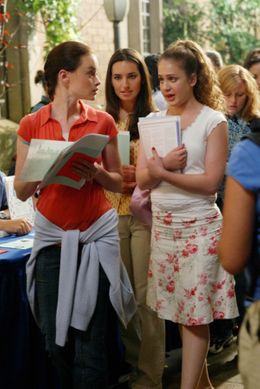