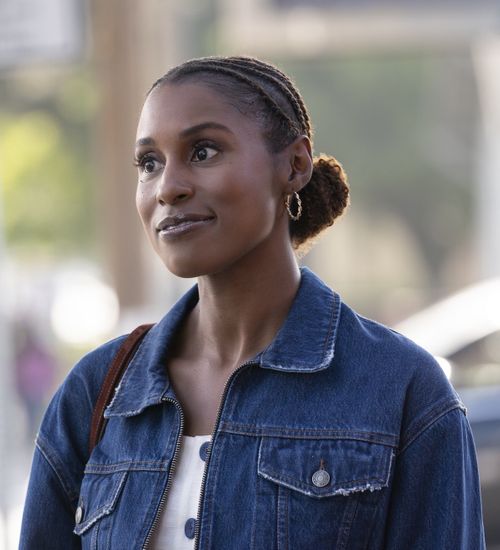 "Fresh-Like" is directed by Stella Meghie, written by Dayna Lynne North. I'm not super familiar with Meghie's work, but I did see (and like) "Everything, Everything" (2017) with Amandla Stenberg. Her 2016 feature film, "Jean of the Joneses"  was described to me by some dude as "a Black Woody Allen film." I'm not sure how I feel about that but I don't trust his opinions, so 🤷🏻‍♀️. I will watch it and report back. Her new film, "The Weekend" is set to premiere at TIFF and features a solid cast, including Sasheer Zamata and Y'lan Noel (aka Daniel). Aisha Harris did an interview with Meghie on Represent, a great Slate podcast. Harris talks about "Wonder Woman" at the beginning, so skip to 21:20 if you just want the interview with Meghie.

North has worked on "Insecure" since Season 1 and has written for shows like "Veronica Mars" and "Lincoln Heights." I don't care what anyone says - ABC Family had a streak of good shows when I was a teenager and "Lincoln Heights" was one of them (RIP). It was kind of like ... "The Wire," but adapted for a television channel originally founded by Pat Robertston. I wouldn't recommend watching it now, but it was fun at the time. "Veronica Mars" needs no explanation because it is classic/teen drama canon. HBO created a nice feature on North that gives a better idea of what her role is like on the show.

I know all of the other critics have already said it, but damn ... this episode was much needed and I'm happy we didn't have to wait until the end of the season to get it. Especially on these short HBO series, I hate it when a character is stagnant for so long and then all of a sudden makes progress toward change in the final two episodes (*cough* "Girls"). I'm happy the show explored why Issa and Daniel do and don't work as a couple, but I'm glad they put an end to it after he treated her like shit at lunch. This better be it for them because I am not interested in watching Issa backslide into Daniel's bed. I like Y'lan Noel and don't mind if he sticks around, I just don't want him to be romantically involved with Issa.

I feel pretty confident that Issa is truly turning over a new leaf and moving on because the episode opens with a reappearance of mirror bitch!

Unfortunately, mirror bitch is interrupted by a knock at the door. Daniel is outside with the last of Issa's stuff. If this isn't a metaphor for Issa's life and trajectory, I don't know what is. Just when she's starting to hit her stride, a dude shows up and messes with her flow. Actually ... that's probably true for all women in all situations. I'm giving a presentation at work and a dude cuts in with an "important" thought? Flow = interrupted. I'm running peacefully and a dude catcalls me from his pickup truck, emblazoned with Trump stickers? Flow = permanently fucked. Although in this case, the interruption is welcome because Daniel is doing something nice/useful.

I love that Molly makes her distaste for him 100% known as they pass each other outside of Issa's new apartment. Her words are polite, but her tone and eyeroll say, "I hope you die in a trash fire." I don't think I really commented much on this in my last recap, but I understand why Molly and the rest of Issa's friend dislike Daniel. Issa needs someone new who is supportive and able to hype her up when she's feeling low. Daniel is not, nor has he ever been, that person. Also, he fucking JIZZED IN HER FACE as petty revenge, so of course her friends hate him; he is worthy of their hatred.

After presenting Issa with housewarming gifts - a foam mattress, succulent, and some Henny - Molly encourages her to start fresh and throw away some of her sentimental garbage. How can Issa move on if she's still hoarding mix CDs that Lawrence made her after their first date? Molly wants her to be "a brand new bitch, a make no mistakes bitch" but Issa is skeptical. She says, "I just feel like every time I claim a new me I end up in some old shit." I understand Issa's concerns and think she should focus on acknowledging her shortcomings and working to improve them instead of declaring herself a new person just because of an apartment change. And anyway, who wants to be a make no mistakes bitch? How about a learn from my mistakes bitch? The latter is a more realistic, lower stakes bitch, and I think Molly and Issa can learn a thing or two from her.

The next day at work, Frieda tells Issa that Joanne has decided to let her back in the field. At first, Issa seems happy, but there's a beat right before the scene ends where her smile begins to fade. Before Frieda approached her, she had been browsing the Beat Crew website, listlessly looking around the office. (There's a great pan of the entire office before Frieda comes into frame that is mirror at the end of the episode when Issa quits.) While Frieda's news is good compared to the alternative, Issa knows that the same old bullshit is just around the corner. Her time at We Got Ya'll has clearly run its course.

When Issa runs into Nathan, aka big Lyft tipper, at Worldwide Tacos, the two end up spending a perfect LA day together. Things start out shaky because he screams "party Lyft" at her and causes her to drop her barbecue salmon taco. Thankfully, he orders her another one and the rest of the day progresses without anything as tragic as this initial taco casualty. After calling in sick at work, Issa shows Nathan, a recent Houston transplant, some of her favorite spots in the neighborhood. I'm not from LA, nor do I have any affinity for it, but I did make a note of Eso Won Books, which is an independent, Black-owned bookstore.

After skinny dipping in the pool of her old house (which her parents sold post-divorce), Issa and Nathan end up finally grabbing their tacos ("This taco's probably cold as fuck"), heating them up in her microwave, and making out while using boxes as seats. At this point, you might be wondering what I think about Nathan. I am going to be transparent and tell you that I hate him. Is he adorable? Yes. Did he and Issa have a nice day together? Also yes. BUT I feel like Issa opens up to him more than he opens up to her. She admits that she cheated on Lawrence, tells him she likes to rap, and talks about her childhood. In return, he tells her that his apartment in Houston flooded and so he decided to move to LA. This dude is fun, but he feels surface level in every way. Either he's just a basic bitch or he has something to hide.

Oh, and remember when he punched someone in Issa's Lyft and then tried to make up for it by leaving her a large tip? That behavior was disgusting and had I been in Issa's position, any chemistry I had with this dude would have disintegrated immediately. I'm sure we'll see more of Nathan, but I hope Issa realizes that he's trouble before she gets too deeply involved. Learn from your mistakes, Issa. Pick up on the red flags for once in your goddamn life.

When Issa quits her job at the end of the episode, it's equal parts disappointing and triumphant. Kelli just met with her and explained how dire her money situation is, but none of that really seemed to register. I know she has the property manager job now, but quitting a primary job without another one lined up is a dumb, unnecessary financial risk. Would I love to quit my job in a blaze of glory? Fuck yes. Am I going to do that? Fuck no. Not only because I need the money, but also because I want to be able to use them as a reference in the future. Even if I hated the organization I worked for, I wouldn't want to burn bridges by leaving with no notice.

Issa definitely needed to leave We Got Ya'll, but I wanted her to do it in a more responsible way. For the sake of the show, I think this is a good move but for the sake of Issa ... not so much. I hope Kelli gives her a stern lecture while they're at Coachella. One thing to note is that Issa does throw away her sentimental box at the end of the episode. We don't actually see her put the objects back into it, but I assume she does and that this is a good sign for forward momentum.

Molly isn't doing so great in this episode, either. Her therapist, played by the awesome Denise Dowse, gives her solid advice when she rants about her new job. After Taurean (Leonard Robinson) dominates a meeting and cuts Molly off, she feels insecure about her place at the firm. This is the convo she has with Dr. Pine:

Dr. Pine: Can you speak to why not being a star bothers you?
Molly: Because I know what I'm worth. This is exactly why I left MJ&S ... the pecking order, the politics, the boys' club bullshit. And I just feel like I'm starting all over again.
Dr. Pine: Molly, have you considered that maybe you'd be less frustrated if you focus on how you can be helpful, rather than where you should rank?

I usually hate the way therapy scenes are portrayed on TV, but this one feels realistic. To her credit, I do think that Molly tries to follow her Dr. Pine's advice but ends up overextending herself and coming off as a sneak in front of Stacy (Nikiva Dionne) and Felicia (Kelsey Scott). It was smart to offer to help them out on a case after bonding about Taurean's meeting antics, but it wasn't so smart to do the same thing with Taurean - wtf, Molly. Yes, she's trying to be helpful, but Molly is still obsessed with trying to pull rank at the firm, to have an established place in the pecking order. This is not what Dr. Pine wanted. 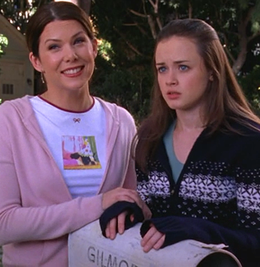 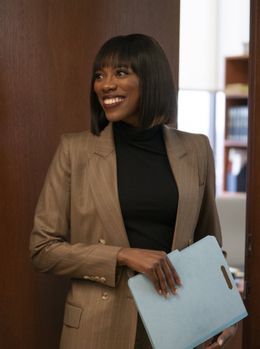