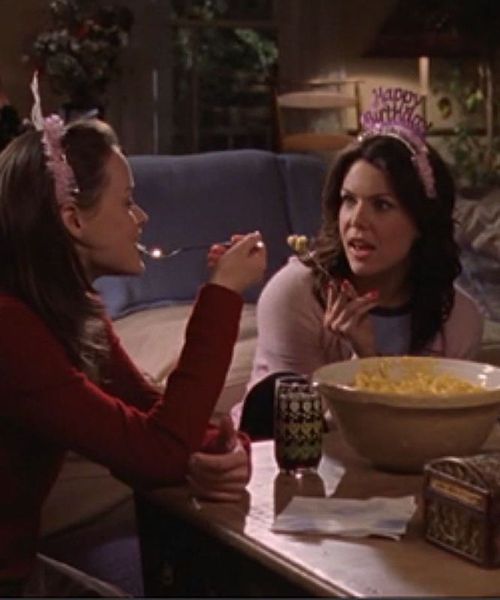 Directing and writing credits:
"Happy Birthday, Baby" is directed by Gail Mancuso, written by Amy Sherman-Palladino. I'm still waiting on "Besties," Mancuso's first feature film, to get a premiere date but IMDB says it's still in pre-production. Sadly, this is Mancuso's final episode of "Gilmore Girls." Here are her previous credits:

"Red Light on the Wedding Night" - Emily shows up at Lorelai's drag club bachelorette party and tells a story that makes her realize that Max Medina is a boring, basic ass bitch.
"Lost and Found" - Lorelai contemplates a Mel Brooks ass cheek tattoo and waxes on about Dean's virtues.
"Application Anxiety" - Rory and Lorelai have lunch at the Springsteen house and somehow manage to make it out alive.
"Dear Emily and Richard" - The casting department fucks up young Christopher and Lorelai, making it impossible to focus on anything else.

In ASP news, I recommend reading this interview with her and Daniel in Rolling Stone. When asked why she chose to set "The Marvelous Mrs. Maisel" in the comedy world and not an office or something, this is what ASP said:

The idea of doing something period, having a bigger scope, was interesting to us, because, y’know, as much as we love Gilmore Girls — and I’d wade through any sort of alligator-infested waters to work with Lauren Graham again — it was a show where we had no money, we had no scope. We walked them around Burbank, we walked them around Burbank the other way, and then we all went home.

It's no wonder they wrote some wild episodes to break up the monotony.

Most batshit crazy outfit:
For her 35th birthday dinner at Richard and Emily's, Lorelai wears a tight black t-shirt with capped sleeves and a snake graphic, a flippy black knee-length skirt, and a denim purse with a studded handle. Later, she throws a powder pink (linen?) blazer over the entire mess. I'm sad I couldn't get a better picture of the purse because it looks exactly like something my friend's mom got her for her birthday a few years ago that I still make fun of to this day.

Most irritating Rory or Lorelai moment:
After Lorelai receives her investment check from Richard, she and Rory have this rage-inducing conversation:

Rory: God, this is amazing. No more clipping coupons.
Lorelai: No more picking loose change up from the ground. No more driving around looking for cheap gas.
Rory: Which totally defeats the purpose since you wind up using more gas looking for the cheap gas.
Lorelai: Seventy-five thousand dollars. I feel so rich. And suddenly in complete agreement with everything Bush has to say.

These bitches would have heaps of money if they ate out 10 less times per week and didn't impulsively spend hundreds of dollars on Harvard and Yale merchandise.

Number of times Rory or Lorelai treat their bff like shit:
None. Lane helps with Lorelai's surprise party and Rory seems appreciative. Sookie tries to make the best out of a shitty situation (kitchenless inn) and Lorelai is supportive. I swear, these two start treating their friends like crap next season.

Best literary or pop culture references:
I will never tire of hearing of Jess say, "Do you Yahoo?" I should make it my text message alert tone. This episode aired in spring 2003 when I was in 8th grade, so no, Jess, I'm pretty sure I was using Google like literally everyone else.

Stars Hollow weirdness:
Kirk incurs severe cheese burns while working with Pete and Joe to create the "world's largest pizza" for Lorelai's birthday. Oh, and speaking of Pete ... do you recognize him? He's the angry dad from Kirk's film and I guess he's the owner or manager of Antonioli's. The actor who plays him is Joe Polito, who you may further recognize from Coen Brothers films like "Millers Crossing" and "Barton Fink." He's been in a ton of things, but one other role I must highlight is his portrayal of Sal in "Bunheads."

Luke: How was work?
Jess: The cleaned-up version of "The Eminem Show" seems to be selling pretty well, so the world is basically coming to an end.

Books mentioned/books Rory is reading:
None. Lorelai mentions Polonious (from "Hamlet") but that's as close as we get to discussion of a book.

Best song of the episode:
By default, I guess it's Emily and Richard's rendition of "Happy Birthday." Lane mentions that she's working on a playlist with "one song from each year in Lorelai’s life," but we don't get details on the tracklist.

Thoughts:
This episode has some good moments, but it's not one of the most exciting of the season. Over heaping plats of Johnny Machete, Rory reveals to the grandparents that she's going to Yale. They pretend not to be excited at first, but of course they're over the moon and proud as fuck. Instead of giving Rory a kiss on the cheek, Emily sort of just smooshes her face next to Rory's and it's very cute/weird (this scene is in the credits). Jess is likewise excited about Rory's decision, especially considering Yale is only 22.8 miles away from Stars Hollow. The fact that he looked up the distance is basically the slacker equivalent to saying "I love you."

It's a real shame that everything falls apart between Rory and Jess in the next episode, because they vibe tremendously well in this episode. This exchange is one of my favorites:

Jess: I got the video for tonight.
Rory: What’d you get?
Jess: "Almost Famous."
Rory: No, not again.
Jess: I can’t help it, I’m addicted.
Rory: Fine, but if I’m going to spend two hours sitting there watching Kate Hudson commit suicide again, then we are ordering Indian food.
Jess: Oh, come on.
Rory: Hey, last night when we watched "Ed Wood" we got burgers like you wanted to.
Jess: Okay, fine – tonight, Indian food, but tomorrow, "Saturday Night Fever" and Thai food.
Lane: That’s so cute. You’re like a really sweet old agoraphobic couple.

The only gripe I have is the notion that Stars Hollow has Thai food. Is it from Al's Pancake World?

The only other Jess news is that Luke finally confronts him about skipping school after clearly watching him drive off when he thinks no one is watching. I never realized it before, but Luke's is right across the street from Stars Hollow High. When Luke questions Jess and reminds him of their deal, he claims, "I go enough. It’s public school. My history teacher is also the football coach, get the picture?" Instead of bribing him to go to school more often, Luke should have just let Jess get his GED and work at Wal*Mart full-time while saying up for his own place. Jess is one of those kids who has been completely let down by the system and as much as I like to blame it on him, it's only partially his fault.

Aside from her litany of dinner/movie dates with Jess, Rory is busy organizing Lorelai's 35th birthday extravaganza. As per usual, her plans center mainly around food:

The most annoying scene in the entire episode (even worse than the noted fake money problems conversation) occurs when Rory leaves the store with a dolly full of beverages. Jackson approaches her and goes off on a tangent about how she's an awful person for not asking Sookie to prepare the pizza and neglecting to talk to him about the vegetables. Oh yes, assult an 18-year-old on the street for not buying your produce. That will definitely help you drum up business. Jackson is such a fucking goon and my patience for him is already wearing thin. His face looks like a butternut squash left out in the sun to rot.

While Rory deals with party preparation, Lorelai works on a plan to revive the Independence Inn. During a brainstorming session with Sookie, Michel, and Tobin, the sassy night manager, it becomes apparent that a pseudo b&b situation is the best course of action in the midst of construction.

For some reason, Michel and Tobin hate each other and spend all of their energy competing for Lorelai's affections. People have speculated that they are old lovers, hell-bent on destruction in the aftermath of a nasty break-up, but I don't buy that theory. I think Michel hates Tobin because he's tacky and sad, and Tobin hates Michel because he's pretentious and bitchy. These two never would have dated. Can you imagine Michel fucking someone who eats bagels? Perish the thought! As he reminds us, "Bagels are like glue in your intestines and ensure that everything that enters your body will remain there until you die."

I hate that we never get to see what Michel's second gift is.  Tobin buys Lorelai a cappuccino candle and Michel retaliates with a leather daybook. Tobin one-ups him with a jacket worn by Joe Strummer and Michel tells Lorelai that he needs to run an errand. We never see what he comes back with, though. What could he have possibly purchased that would top Tobin's gift? Taylor's head on a silver platter is the only thing that comes to mind.

Lorelai's best gift (technically a "legal obligation") is the $75,000 check she receives from Richard. He made an investment in her name when she was born and since the government is building a road right through it, she gets a fat payout. Oh, to have rich parents! Just when I start to think Lorelai can't possibly experience more privilege, I am immediately proven wrong.

At her Friday night birthday dinner, Lorelai decides to use the money from the investment to pay back her parents for Chilton. They, of course, are unhappy with this decision. Richard is furious that Lorelai admits to Emily that she got the money from him. Apparently, there was an unvoiced request that she keep the check a secret from her mother. Emily is upset because she knows that Lorelai and Rory are now free from Friday night dinner obligations. Even Rory is angry because she thinks that Lorelai handled the situation poorly.

For once, I must side with Lorelai. This debt was hanging over her head, she came into money unexpectedly, and so she took care of it. She always agreed to pay her parents back for the money they loaned her, so I'm not sure why they're so shocked. She thanks them for all that they have done and she doesn't make any snotty remarks about the demise of Friday night dinner. She does everything right and it's annoying for her family to treat her poorly just because they don't like the unspoken information that she's conveying. Thankfully, Rory apologizes after Lorelai explains her POV post-dinner and the sight of her surprise party noticeably lightens the mood. 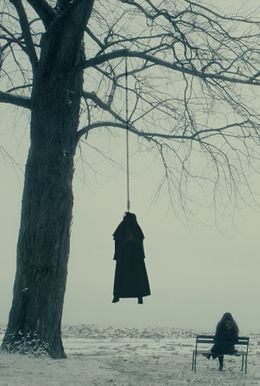 Interview with Elizabeth E. Schuch on 'The Book of Birdie' 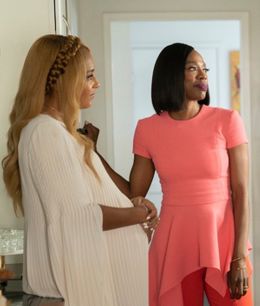