Along with making me want to try dunking Ritz Crackers in a dry whiskey, this episode reminds me that despite Midge's significant character growth, she's still a self-absorbed asshole much of the time. At least she has the good sense to prevent Esther and Ethan from dressing up as Bonnie and Clyde for Halloween. That's one less thing they'll have to discuss in therapy!

In the opening sequence, Midge regales Susie with her Milo Ventimiglia meet cute story. As each interaction between them plays out, Midge's voiceover describes the attraction. Not only is this man (who remains unnamed) smart, he also owns an impressive knitwear collection and an adorable Pomeranian. When he smoothly suggests an espresso back at his place, Midge accepts and the two have a morning one-night stand. As Midge lies in bed post-coitus, internally marveling over the great joy of spontaneity, Mr. Sweater Vest's wife (Sarah Stiles, AKA Bonnie Barella from "Billions") barges through the door in a justified rage.

At this point, you might wonder why Midge is bothering Susie, her manager, with this soap opera-esque drama. The answer? Midge wants her lucky dress back. She left it behind in her rush to slink out of the apartment during the loud-ass marital spat and perplexingly believes that its retrieval is Susie's responsibility. Midge needs more people in her life who tell her to fuck off when she's acting entitled like this. Once Susie refuses to do Midge's dirty work, we'll know that she's one step closer to Harry Drake status.

Susie does make strides by pushing Midge to finally recognize that she'll never get a local headlining gig if bookers don't have a place to watch her perform. This comes up when Midge turns down an opportunity in Croatia at "Make Laugh Showing Teeth," which Nicky and Frank remark upon suspiciously. As long as The Wolford remains an illegal strip club, Midge's performances there will remain all but invisible to those in the industry. Unless circumstances change, her career will reach an impasse where even the world's best manager won't be able to make a difference. Susie was supportive when Midge initially made this "no opening acts" declaration but has been slowly bringing her back to reality over the course of the season.

Susie has two other big developments involving Dinah and Alfie in this episode. After all of the relationship drama and screaming, snotty children hanging around the office, Susie decides that it's time to fire Dinah for being unprofessional. This is all very LOL coming from someone who conducts a full morning of business sans pants or underwear; however, Susie doesn't recognize the irony. In a horrible interpretation of her hiring/firing book's advice, she decides to break the news over dinner at a place of Dinah's choosing. Inviting someone out to dinner only to give them the ax feels like some sadistic Miranda Priestly shit, but we'll chalk it up to Susie's social awkwardness.

Thankfully, Dinah is smart and uses the dinner as an opportunity to introduce Susie to a comic named James (Jay Will), who she believes has potential. It's hard to tell what his comedic style is based on one brief scene, but it's lackadaisical in a way that reminds me of Hannibal Buress. I'm not sure if he's modeled after a real person — Richard Pryor would have been getting his start around this time — but I don't get the sense that he's been plucked directly from history like Lenny Bruce. Most of his jokes are wry observations about Black people that no one but Dinah and Susie find funny. If he accepts Susie's management offer, we should see more of him (and Dinah, whose ingenuity saves her job) in Season 5.

In other good Susie news, Alfie's first big performance, which takes place at the Cherry Lane Theatre, is a smashing success. The whole routine is an elaborate way to reveal that Rose has seen Midge's act at The Wolford, which doesn't feel that shocking or high stakes considering she's already seen a prior iteration of the act in Miami last season. While hypnotized, Rose is asked to show the audience what her daughter does for a living. It's fun to see Marin Hinkle whip out her best Miriam Maisel, spouting off words like "crotch" and talking freely about masturbation in front of her entire family. My personal favorite moment is when she admits that her grandchildren are "little terrors" when asked if she likes them. It's very Emily Gilmore in the best way.

After the show, Midge confronts Rose and they have a discussion about their respective professional pursuits. Again, I'm reminded of Emily's "we're all connected" speech at dinner with Luke in S6 of "Gilmore Girls." In similar fashion, Rose points out that what Miriam says and does have a direct impact on her matchmaking business. Instead of trying to fight her daughter and the threats of public scorn from the other matchmakers, Rose has decided to quit. Between the Brighton Beach lunch threats and Abe's tobacco shop shakedown, Benedetta's "stop" campaign has successfully rattled her. In a rare saccharine moment, Midge encourages her to keep going no matter what. The sentiment is nice, but I hate one line in particular: "My journey's not so different from the one you're on, Mama." I have a hard time believing that someone would extemporaneously refer to their experience building a comedy career as "my journey." Even for the Palladinos, this dialogue is a little too writerly.

Although I'm sure it will go nowhere, an underlying theme of the episode is Maisel money stress c/o The Button Club's stolen bank deposit and Mei's pregnancy. I've never understood the Archie (Joel Johnstone) and Imogene characters. I guess their simplistic idiocy is supposed to bring comedic relief, but I just find them annoyingly naive. When Joel has an outsized reaction to the money situation over breakfast at The City Spoon (La Bonbonnierie IRL), Midge presses him on it and, with much aggravation, he reveals the baby news. Midge's immediate reaction is to focus on how this change is going to impact her and kids, which is funny considering how few shits these people give about their offspring.

When Midge later complains to Frank and Nicky about the mysterious Mei, they offer to look into her, a decision they instantly regret when her family's organized crime connections are revealed. At least, I assume that's what Frank is alluding to when he says, "You don't fuck with those people. They'll just disappear you. Like you never existed at all." Aside from the fact that Mei's family is Chinese, I don't understand what makes them different from Frank and Nicky, who likewise kill people for a living. If not for racism, how the fuck is Mei's connection to murderers worse than Midge's connection to murderers? I'm curious to see how (or even if) she communicates this information to Joel.

Presumably because of her money troubles, Midge agrees to perform at a fundraiser for John F. Kennedy. Gloria, whose father is a senator [insert gasp here], arranges it and Susie isn't informed until after the fact. The event is a luncheon thrown by Jackie for high society women. Midge's act, which is centered around how "perfect" Jackie is, goes well until the women in the audience encourage her to go on a tangent about her one-night stand. When the future first lady starts openly weeping alongside several other women, a surprised Midge awkwardly brings the set to a close.

The American public wouldn't have known about JFK's many affairs until much later, but what the fuck did Midge expect from Wives For Kennedy? They're not going to be sympathetic to someone's mistress, no matter the circumstances! The whole mess is reminiscent of Midge's horrible wedding toast in S2 that had me cringing with second-hand embarrassment.

"Ethan... Esther... Chaim" ends on a cliffhanger as Moishe keels over in response to Joel's "my pregnant girlfriend is a shiksa" news. Appropriately, XTC's "Hold Me My Daddy" plays as the credits roll. 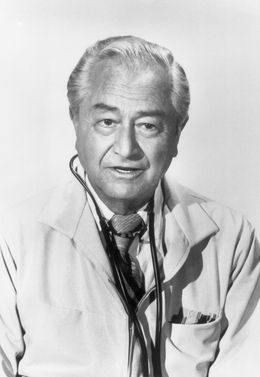