Vibe:
Lo-fi and depressing. Unlike Orlando, The Forest for the Trees is not a visually stunning film; it's washed out, shot on handheld DV, and very obviously low-budget. But it works because the style and form perfectly serve the content. If Maren Ade had a budget of $1M, this film wouldn't be any better than it already is.

Best time to watch:
Whenever you feel like you suck at your job and want to watch someone who really sucks at her job. You think you came off as an incompetent moron in that meeting where you had nothing to contribute? At least an 11-year-old didn't make you cry and force you to eat lunch alone in a supply closet.

Whenever your social life is in shambles. Did you recently move to a new city and don't really have any friends yet? At least your social skills are solid enough to prevent you from latching onto any random person who is nice, but obviously wants nothing to do with your pathetic ass.

Basically, you should watch this movie any time you need a realistic reminder that things could be worse.

Worst time to watch:
When you need an escape from reality or you're craving something lighthearted and fun. This film is essentially an in-depth character study of a woman who's slowly falling apart at the seams but fighting like hell to make it seem like she has her life together; it's not exactly a joy to watch. It's also ugly and filled with unforgivable fashion and interior design choices. If I had to wear Melanie's fugly clothes and live in her sad apartment, I would probably have a mental breakdown, too.

Where to watch:
Fandor. If you watch a lot of movies, just get the subscription. I promise it's worth it.

Quick summary:
Melanie (Lobau) dumps her boyfriend and moves to a new city to start a teaching job halfway through the school year. She comes into the position with the type of idealism that would make any seasoned/jaded professional want to barf. It's obvious that her co-workers think she's naïve and misguided, and Melanie is not exactly oblivious to this fact. As she begins to teach classes, she quickly realizes that her teaching methods aren't exactly successful when applied to groups of rowdy students. As things start to fall apart at work, Melanie becomes increasingly obsessed with/dependent on a woman named Tina (Daniela Holtz) who lives in her apartment building. At first, Tina is nice, but as Melanie begins to come on a bit stronger, she starts to distance herself. As Melanie realizes she truly has no one to turn to, she has an epiphany.

Thoughts:
Until last year, I hadn't seen any of Maren Ade's films, but then I watched Toni Erdmann over my Christmas break and became kind of obsessed with her. I think she's a genius director and it's crazy that it took her so long to receive any kind of recognition in the US. To be fair, she's only made three films in the past thirteen years, whereas most directors seem to try to do at least one every two years in order to stay relevant. Ade is also a producer/owns her own production company and often works with her husband, filmmaker Ulrich Köhler, along with the Portugese director Miguel Gomes. (If you're not already familiar with Gomes, I highly recommend checking out Tabu and Arabian Nights, two films that Ade produced).

In an interview with Criterion Collection Ade says,

I really need to have the need to do a film, and I have to wait until that feeling comes up. If it’s not there, I can’t write anything.

In other words, she's not Woody Allen; instead of forcing herself to churn out films on a regular basis, she waits until inspiration strikes and works on other projects in the interim.

Before I watched The Forest for the Trees, I read a review that really hyped the ending, so I figured it was likely going to disappoint me; however, I was pleasantly surprised. Overall, the film is good and 100% worth watching, but the ending is FLAWLESS and beautifully executed. I don't want to be hyperbolic, but it's probably one of my all-time favorite endings.

I spent the better part of my freshman year of high school listening to "He's Simple, He's Dumb, He's the Pilot" on repeat and I was so happy to see the title track used in such a fitting way. I LOVE Grandaddy (pour one out for Kevin Garcia) and will always associate them with getting high for the first time in my shitty, small town cemetery and spending the rest of the night worrying about whether my leather jacket smelled like weed. Memories!

Speaking of high school Lindsay, I think she would have hated Melanie and found this film intolerable. Adult Lindsay also hates Melanie, but understands what it's like to go into something with clear eyes, full hearts and still lose. Adult Lindsay is under no illusions that she's a special snowflake with all the answers, deserving of praise and adulation. Adult Lindsay knows that going into a situation with that mentality is a recipe for disaster and depression.

No matter how much I hate someone, I find it heartbreaking to see them get beaten down by life. Think your new job is going to be great and you're really going to make a lasting, positive impact? Lol nope. Everyone shits on your ideas and treats you like an idealistic moron. And the worst part is that they're right! Your ideas suck.

Imagine yourself moving to a big city and making cool new friends who like to drink cosmopolitans and talk about dick all night long, SATC style? Well those people exist, but they think you're lame and don't want to hang out with you because you reek of desperation.

Break up with your longterm college boyfriend because you think you'll meet someone better/cooler? You'll only meet gross creeps who wear unflattering turtlenecks and try to hug you when you obviously do not want to be touched.

All of these life obstacles are difficult for normal people, but they're downright impossible for control freak perfectionists like Melanie. People like her don't know how to cope with setbacks and tend to either a) hide their problems until they become far too weighty and everything falls apart or b) suck it the fuck up and learn how to let go. Maren Ade's ending is absolutely brilliant because it explores both possibilities simultaneously. 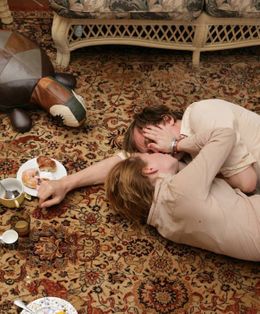 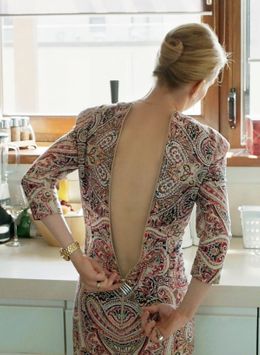