Vibe:
"South Mountain" is sweaty summer incarnate. Everything is hot, sticky, and slightly disheveled. No one is thinking straight or making great choices. Cigarettes are secretly smoked on kitchen stairs, berries are picked, tea is sipped. For a few weeks, you get to spend time with a family and their friends in the Catskill Mountains. It's not exactly a carefree summer movie, but it's nice to slip into someone else's dysfunction for 85 minutes while enjoying the cool, movie theater AC.

Best time to watch:
Watch this movie when you're in the mood for something quietly affecting. Maybe you've recently been subjected to a screening of Tsui Hark's "Double Team" (1997) and need an antidote to all of the explosions and mesh tank tops. Maybe you've had a day full of relationship bickering and want to remind yourself that you really don't have it that bad. Your partner might be mildly condescending at times, but at least he's not impregnating other women (multiple times!) and lying about it.

Worst time to watch:
Avoid this movie when you don't have the patience for something low-budget. For example, I'm not sure I would have the attention span for it after binging S3 of "Stranger Things" or watching an episode of "Big Little Lies."

Where to watch:
The shitty thing about all of these festival movies is that I have no fucking clue where/when you can watch them since many are still looking for distributors. If you want to catch a screening, set up a Google alert. I'll try to update this section if/when this changes.

Quick summary:
Lila (Talia Balsam) is going through a transitional period. Her kids are growing up, her husband has zero interest in fidelity, and she seems lost without them in her life. How does a person cope when things change radically in mid-life?

Thoughts:
I just watched the episode of "Red Table Talk" with Esther Perel and have been thinking about what I would do if my partner cheated on me. In the past, I would have said that an affair is unforgivable and a signifier that the relationship needs to end; after listening to Perel, I'm not so sure. Ultimately, I think it would depend on the quality of the relationship, the reason behind the affair, and the willingness of both parties to continue putting in the work. There's so much stigma surrounding people who choose to stay with their partners after infidelity. The bullshit that Hillary Clinton has to deal with is prime example of this societal judgment.

On screen, adultery is often treated with surprising nuance and isn't always a relationship death sentence. When Emily Weaver (Julianne Moore) cheats on her husband Cal (Steve Carrell) in "Crazy, Stupid, Love" (2011) he is understandably pissed, but eventually realizes that he shares some of the blame. In "Sex and the City," Carrie (Sarah Jessica Parker) cheats on Aidan (John Corbett) with Big (Chris Noth) in S3, but after some soul-searching and promises of devotion, he takes her back in S4. It would be easy to make the cheater a complete villain, but writers often avoid that simplistic pitfall.

"South Mountain" is particularly interesting because it looks at a relationship where this breach of trust has happened not once, but multiple times. Even worse, the affairs weren't simple because they resulted in children. Lila and Edgar (Scott Cohen) are both middle-aged and raising two daughters that plan to be gone for most of the summer: Dara (Naian González Norvind) is attending summer camp, and Sam (Macaulee Cassaday) is going on a sailing excursion. Family friends are over for a going away party when suddenly, Edgar disappears with his phone. He tells Lila it's a work call that could take a while and she seems suspicious.

It turns out, those feelings are not unfounded. In the other room, we see Edgar watching a woman, presumably his mistress, giving birth over FaceTime. In the hands of a lesser filmmaker, this might have seemed forced or even comical, but Brougher plays it for what it is – a nice moment for Edgar and a knife in the heart for Lila. Soon after, when the kids are gone, the affair comes out into the open and Edgar announces that he's moving to Brooklyn with Gemma (Isis Masoud), his baby mama.

After writing this little plot summary, I've realized how soapy it sounds, but the film doesn't adopt that tone at all. Nothing is dramatized and Lila's reaction to the situation isn't fiery like you might expect. Instead, she's quietly disappointed, humiliated, and lost. She does smash a wooden chair to pieces and half-assedly attempt to poison Edgar in hilarious fashion, but there's no crying and screaming ... she never begs him to come back. Instead, she spends much of her time picking and cutting fruit, smoking cigarettes, and having a brief affair with Jonah (Michael Oberholtzer), Sam's cute friend from the co-op.

Lila has been in this position before and doesn't want things to change. She's also not sure how to communicate what's happening to her daughters without vilifying their dad. She clearly still loves him and the life they've built together and is trying to figure out how to reconcile those emotions in light of his shitty behavior. Is it possible to keep loving someone even after they've burned the relationship to the ground? How does someone cope with monumental changes that happen all at once at age 50? "South Mountain" explores all of these questions without simplifying them. Relationships are complicated and life is weird. There is no "right" response or feeling and clear endings are a myth. Sometimes one chapter doesn't exactly close, it just continues on in a different, unexpected way. 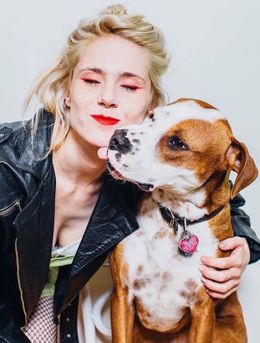 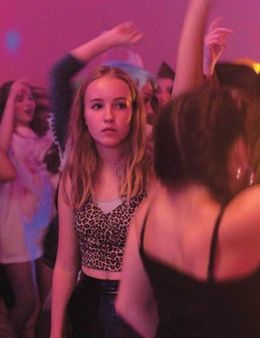