Directing and writing credits:
Written by Jed Seidel, directed by Alan Myerson. "Veronica Mars" fans might know Jed Seidel, who was responsible for three episodes: "Weapons of Class Destruction," "Silence of the Lamb," and "Meet John Smith." The standout for me is "Weapons of Class Destruction," aka the episode where Veronica and Logan kiss for the first time. Oh, and there's also a bomb threat. He's also written for other early 2000's teen classics like "Dawson's Creek" and "Felicity." In my book, he's pretty credible and does an okay job of mastering the "GG" lingo.

Alan Myerson is someone I'm not familiar with at all, but he has some fun credits to his name: 16 episodes of "Boy Meets World," 8 episodes of "The Larry Sanders Show," and two very solid episodes of "Friends." He also directed another "GG" episode in Season 1: "Love and War and Snow," aka the one where Lane cockblocks Lorelai and Max Medina.

Most batshit crazy outfit:
Lorelai's outfits were shockingly pretty solid during this episode. I even liked her green B-52's tank paired with her skirt suit. I guess the worst outfit is probably Sookie's pink chef's jacket with gross looking buttons, coupled with her horrible hair choice: a bunch of tiny braids separated into pigtails and shoved underneath a green bandana. She topped the whole ensemble off with silver hoop earrings and the thinnest little eyebrows.

Max's gray suit when he meets Lorelai at the parent-teacher meeting is also horrendous. The jacket is SO LONG and makes his legs look like tiny little stumps. The tie is also ugly and looks like the type of wallpaper you'd see in a wannabe high-end cigar bar.

Most irritating Rory or Lorelai moment:
When Lorelai got up from the couch and fell asleep with Rory at the kitchen table. Nope. I call bullshit. Lorelai is 32-years-old! Her body would protest that decision. I know she complains about it when she wakes up in the morning, but that's not good enough for me. That's not real life. I'm still in my twenties and even I occasionally wake up with sleep injuries after a night spent in my bed.

My boyfriend says, "The subtext of this scene is that Lorelai is deeply unhappy and this is her attempt at paraplegia. It turns out, Amy Sherman-Palladino was at a dark place in her marriage and projecting it onto Lorelai." A solid analysis, imo.

Number of times Rory or Lorelai treat their bff like shit:
Shockingly, none. They really are much nicer in these early episodes. I guess if Rory was really a good friend, she would have found a way to let Lane eat the entire Snickers bar before Mrs. Kim spotted it.

Best literary or pop culture references:
"Oh, honey, you once told me that you loved ‘Saved by the Bell’. What could be more humiliating than that?" - Lorelai, after Rory admits she didn't tell her about the 'D' because she was too humiliated.

"I thought this place was going to be so great! And now I guess this goes on the ‘Boy was I wrong’ list, right above gauchos but just below the ‘Flashdance’ phase." - Lorelai, to Headmaster Charleston after Rory is prevented from taking the Shakespeare test.

This is a solidly written episode, but definitely light on the pop culture fun.

Stars Hollow weirdness:
This episode is also devoid of townie shenanigans. I personally love all the auxiliary characters and miss them very much when they're absent. I live for Miss Patty's sexually-charged one-liners and Kirk's 10,000 jobs and weird side projects. I can't wait for the town troubadour to make an appearance.

Sharpest insult or one-liner:
"I’ll still love you. Even if you can’t support me in my old age in the fabulous manner to which I plan on growing accustomed." - Lorelai, trying to take some of the pressure off Rory after pounding Harvard aspirations into her head nonstop for the past 16 years. Lauren Graham's delivery here is perfect.

"Now these erasers are on lithium so they may seem cheerful but we actually caught them trying to shove themselves in the pencil sharpener earlier." - Lorelai, to Rory in Doose's Market, aka the saddest place to buy stationery. I know other writers have criticized Lorelai's mental health/Sylvia Plath jokes, but I personally love them (and I suffer from depression). They're never done in a mean-spirited way (that I can remember - we'll see as the episodes progress) and they clearly establish that Rory is a big Sylvia Plath fan, so it's not like they're denigrating her body of work with jokes about her well-known mental illness. And after all, "GG" is comedy, dammit. If we can't laugh about mental illness, the only thing left to do is cry. And since it's 2017 and Cheeto moron is President, there's been enough crying to last a lifetime.

Best song of the episode:
Drella's rendition of "Iron Man" by Black Sabbath on the harp. She generally annoys me, but this was cute.

Thoughts:
In this episode, Rory learns that there are other smart teenagers in the world and she can't just hand in a shit paper and expect a head pat and automatic 'A.' Welcome to the real world, jackass. I'm glad this episode exists and we get to see Rory struggle for a bit, even if it is short-lived. If I remember correctly, she works her way to the top pretty quickly and we don't really see any other academic setbacks during her time at Chilton, which is irritating. But at least we're given this singular episode arc of her struggles.

I was happy to see Rory taken down a peg when Mr. Medina handed back her paper, but I thought it was pretty shitty of him to talk about her poor grade in front of the entire class. I had teachers who did this in high school and it always felt unnecessarily mean. He used collective pronouns, but it felt pretty obvious to me (and Paris) that his statements were directed at Rory. If I liked Rory more, I would feel bad about this public slight. Unfortunately, I know too much (and if you've watched "GG" in its entirety already, so do you).

I do love it when we get to see Rory lose control and actually express her feelings. She's been politely telling Tristan to get lost since he was introduced, but in this episode, we finally get to see her scream in his face: "And for the last time - the name’s RORY!" I'm upset that this outburst wasn't coupled with a swift kick to the junk (and I'm also upset that Alexis Bledel isn't a good enough actress to make this scene as satisfying as it could have been), but it's better than her typical reserved approach. And anyway, Tristan has proven countless times that he's the type of dude who doesn't understand the word, "no," regardless of whether it's whispered or screamed.

In this episode, he actually has the audacity to say this: "You know what Mary, [stopping her] see I can’t figure out why we’re not friends. I think it’s because I make you nervous." Punch. Kill. Maim. If I had a nickel for every time some dude made a similar comment to me, I could quit my job and retire right now. Rory's response is pretty good: "I think it’s because you can’t learn my name." Mine probably would have been something like, "We're not friends because I colossal loathe you. If I saw you bleeding on the side of the road, I would only stop to throw battery acid into your wounds and laugh in your face." But to each her own.

While Rory struggles with life at Chilton, Lorelai and Funky Cold Medina make goo-goo eyes at each other and flirt over bad coffee and inappropriate outbursts (Lorelai calls Headmaster Charleston "il duce," which is pretty funny). Lorelai's commitment to Rory has always been equal parts horrifying and endearing to me. It's nice that she wants to be involved in her daughter's life, but also ridiculous that she asks if parents are allowed to watch students take the AP test. Come on, Lorelai. If you're bored enough to want to watch a bunch of students sit in silence and write things you can't even see, it's no wonder you're putting out the vibe during Rory's parent-teacher meeting.

When Lorelai is single, she obsesses over stupid shit in Rory's life and creates a weird/dangerous co-dependent relationship dynamic. It's nice of her to offer to stay up and study with Rory, but Rory needs to learn how to study by herself... to deal with her problems by herself. These people need family therapy so bad, it's unreal. One big group session with Rory, Lorelai, Richard, and Emily, followed by individual sessions for everyone. 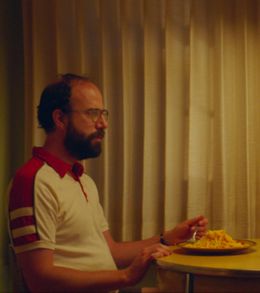 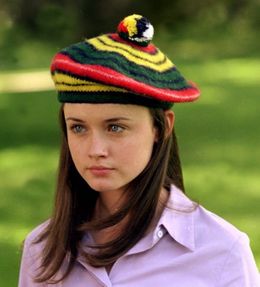