Directing and writing credits:
"You Jump, I Jump, Jack" is directed by Kenny Ortega, written by Daniel Palladino. Ortega is a fucking powerhouse. When I see his name on the credits, I feel confident that the episode is going to slap. This is true not just of "Gilmore Girls," but of shows like "Bunheads" and "Crazy Ex-Girlfriend," too.

Here are his previous "GG" credits:

"They Shoot Gilmores, Don't They?" - For once, the hideous early 2000s fashion of this show is put on hold.
"A Deep-Fried Korean Thanksgiving" - I can't believe there are people out there who argue that Dave Rygalski wasn't the best dude on this show.
"Face-Off" - I'm angry that we don't get to see Rory and Jess at the Distillers show.
"A Family Matter" - Paris' espresso routine inspires a generation of type-A wildcards.
"Written in the Stars" - I'm sorry to be so uncouth, but this is the episode where Luke and Lorelai fuck for the first time.

I keep hearing buzz about a second season of "AYitL" (ugh) but have no official male Palladino news for you.

Most batshit crazy outfit:
It's hard to get a good shot of it, but Lorelai wears this horrible "rock 'n roll" shirt, complete with dagger, toward the end of the episode. It has gross Eagle patches on the arm and an unidentifiable graphic on the back (something involving the American flag, I assume).

For once, I am a big fan of everything Rory wears in this episode, aside from the expensive prom dress that Logan foists upon her for the big Life and Death Brigade event. It's actually a flattering dress for Rory's body type, but I hate it on principle since it's a gift from Logan, aka Mr. "I have an eye for dress sizes." If some bro douche bought me a fucking ballgown and told me that I had to wear it to "protect the integrity of the event," I would drop-trou and take a massive dump on his shoes (kidding – I can't do that on demand).

Most irritating Rory or Lorelai moment:
I'm consistently shocked by Lorelai's suggestion that Luke drive drunk after a round of golf and whiskey with Richard. Why doesn't she offer to pick him up? Where's Kirk's dumbass Ooober business when you need it?

Lorelai: Leave the driving range at once.
Luke: I don’t think I can drive.
Lorelai: Honey, have some coffee and then come home.

I'm not sure how this whole "coffee sobers you up" myth got started, but it has zero scientific basis. I can tell you from personal experience that time is the only solution to inebriation.

Number of times Rory or Lorelai treat their bff like shit:
Sookie and Paris (who we've determined is Rory's actual best friend) aren't in this episode. Lane is too busy making her own bad life choices to waste time consorting with Rory. I understand that Lane and Zack don't have money to go anywhere, but they could at least leave the fucking house. Sitting on the couch in what is essentially Zack and Brian's shared bedroom just makes me sad. Dave Rygalski would never bring this lame energy to a first date.

Best literary or pop culture references:
I love everything about this exchange where Luke desperately tries (and fails) to remember Phillip K. Dick's name:

Richard: What have you been reading lately?
Luke: Uh, books. You know, this, that. Dick!
Richard: Dick?
Luke: That Dick guy, science fiction guy, Dick something, something Dick ... I just read one of his.
Richard: Well, I’ll bring Dick up on the internet, see what comes up.

I only regret that there isn't a later scene of Richard frenetically Googling "dick" and marveling at the results.

Stars Hollow weirdness:
The townies are largely absent from this episode. One curious piece of information is that Dean apparently has three jobs. He says this on Rory's voicemail: "One day, I'm going to have one job, not three, which will simplify everything." We know he works at Doose's Market, but what other jobs do we think he has? Maybe he counts bag boy, hotdog flipper, and nacho cheese stirrer as three separate jobs? His lack of ambition makes me extraordinarily sad.

Sharpest insult or one-liner:
After Luke sees Richard and Emily's house for the first time he says, "See, this is what causes peasants to revolt. This is how heads end up on pikes." Dude is 100% correct. Can you imagine living in a house that large with just your spouse? No one in the world should have as much money as the elder Gilmores. All of the former maids should come together and form an employee class action lawsuit.

Books mentioned/books Rory is reading:
As Luke looks for his dad's Arnold Palmer golf book (which isn't real), we see "Cress Delahanty" by Jessamyn West on his shelf. This is a YA book about a teenager in 1940s rural California. I can think of zero logical reason for him to have this. Maybe Rory lent it to Jess and he left it there after moving out? After Luke lies about his reading hobby during the golf outing with Richard, he commits to a follow-up conversation on "The Iliad" and "The Odyssey." Poor guy.

Rory isn't seen reading anything in this episode, but a copy of Beverly Cleary's "A Girl from Yamhill" is visible on her shelf at Yale. During the LDB event, Logan name-drops a few writers during his whole "this is what you must do to be a real journalist" speech. George Plimpton, Bill Buford, Ernie Pyle, Richard Hottelet, and Hunter S. Thopmson are all mentioned at rapid-fire pace before the big umbrella jump that unfortunately did not leave him with a shattered pelvis.

Best song of the episode:
I love the Talking Heads, so I guess I must go with "Burning Down the House," which plays on the TV during Lane and Zack's date. They finish watching "Stop Making Sense" (1984), which is a truly excellent documentary that is currently streaming free on Amazon Prime. (Sadly, David Byrne wore blackface in a promotional video for the film. I can't find a clip, but Google it if you want to see a person who is generally likable do something incredibly fucking stupid.)

Thoughts:
To all the Logan fans out there, I'm sorry! Get ready for many harsh words leveled in his direction for the remainder of these recaps. I will try to be as impartial as possible, but it's difficult. Nothing upsets me more than seeing a trust fund wasted on a man-child with freshly frosted tips and a devil-may-care attitude. I understand that being raised by wealthy parents who don't give you the type of attention you crave would come with its own challenges; I just struggle to find that variety of person tolerable.

Maybe I'm just a lazy asshole with a host of mental illnesses, but I don't understand how Rory manages her schedule without a shit load of Adderall. When is she completing her classwork if she's traipsing around the woods all weekend for the Yale Daily News? She doesn't even use a recorder for her interviews! Gf takes handwritten notes in one of those tiny memo pads that are barely suitable for a grocery list. During an early scene in this episode, she and Doyle (whose pants have pleats on pleats) engage in a cute back-and-forth over journalistic integrity and the importance of her article, which I still don't understand. Is the angle just that Yale has a secret society full of rich people who host outlandish parties? Why is that newsworthy?

Later, as Rory plays a pathetic answering machine message from Dean in her dorm room, she receives a window note from the LDB that says, "Be in your vestibule at four tomorrow. Blindfolded." This all feels extreme for a weekend getaway that does not involve an underground sex club/opium den. The next day, Rory is whisked away in a black SUV and taken to a beautiful wooded area that is apparently located in LA's Griffith Park. For a show that rarely deviates from formula (location, cinematography, dialogue), it does feel pretty magical when something is actually shot on location instead of the WB lot.

As much as I want to loathe the LDB event, I must admit that it's very cool. The forest is bathed in the soft glow of lanterns and candlelight and people are dressed in old money safari-themed outfits. It reminds me of a more strait-laced version of Theatre Bizarre, my favorite Halloween party in Detroit. Robert (Nick Holmes), Finn (Tanc Sade), and Colin (Alan Loayza) annoy me as much as the next reasonable person, but I do appreciate their refusal to break character as Rory grills them on their distaste for the letter 'e.'

As far as I can tell, the only useful piece of information that emerges during night one is that everyone wants to fuck Logan. Stephanie (Katherine Bailess) tells Rory, "There's a line to get to him." I guess smarminess and unfortunate hair choices are easy to overlook when a sizable bank account is involved. One thing that I begrudgingly like about Logan is the way he challenges Rory. Unlike Dean, who constantly fawn over Rory and tells her how smart she is, Logan is more like Jess. He seems to respect her but isn't afraid to challenge her lack of journalistic prowess when warranted.

Remember when Rory and Jess get into the infamous ice cream car accident? Before the crash, Rory talks about how she's going to be the next Christiane Amanpour. While Jess says he believes she's capable, he also mentions that the job might be "a little too rough" for her, which is annoying coming from a dude but not without validity.  In the same way, Logan questions Rory's umbrella jump hesitation. This situation is different because it requires her to trust that a bunch of drunk Rupert Murdoch Jr.'s are smart enough to orchestrate a dangerous stunt without incident, but I understand his position. Great journalists should be willing to occasionally take calculated risks. Rory's life is extraordinary comfortable, and I could hypothetically see her benefitting from a relationship with someone who encourages her to step outside of her comfort zone.

While Rory watches future white-collar criminals shoot each other in the dick with paintball guns, Lorelai tries to get Luke through his interactions with the elder Gilmores unscathed. Emily manages to even-handedly insult his business, clothes, vehicle, divorce, and hobbies during a single night of drinks and dinner. Beer is "nitwit juice" (Lorelai's translation), baseball is an "opiate for the masses," and diners "serve roadkill." The golf game with Richard is no better. Instead of outright insulting Luke, he makes multiple, heavy-handed self-improvement suggestions. It's no wonder the poor dude is "out comatose" by the end of the episode. 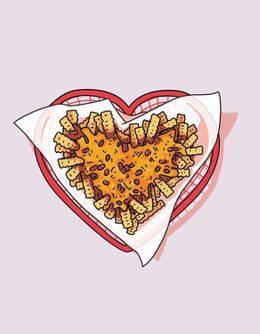 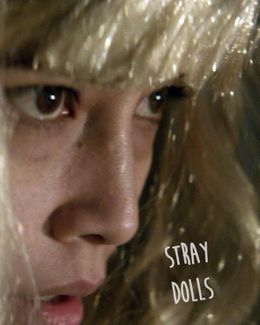