In the "GG" universe, writing partners Berg and Zimmerman last worked together on "Norman Mailer, I'm Pregnant," the episode where Sookie perpetuates the "pregnant women are crazy" stereotype.

Most irritating Rory or Lorelai moment:
I hate when Rory tries to pay for her Coco Puffs after she and Logan break into the dining hall at Yale, the second-richest private U.S. college. Those motherfuckers have a $30 billion endowment and can tolerate some light theft. As someone who went through a bit of a klepto phase in college and still uses a chair I stole from the library today, maybe I'm just trying to justify my own shitty behavior.

After Michel's motor home arrives in the middle of the inn's photoshoot, Lorelai hits him with this rich line: "You know, Michel, I know the world revolves around you and we all have to understand that, but this was important." Talk about the pot calling the kettle black. If anyone truly believes the world revolves around them, it's Lorelai Gilmore. Let us not forget the time she forced Sookie out of bed (with tapas!) for an impromptu bachelorette party. In her defense, at least she acknowledges her wrongdoing and apologizes.

Number of times Rory or Lorelai treat their bff like shit:
Paris and Lane are absent, which always makes me sad. I feel like Paris would have had a lot to say about Finn's Quentin Tarantino-themed birthday party, complete with someone dressed as Harvey Weinstein. "Oh, great. A party celebrating the man who gets off on feet and violence against women. What's next? A soiree in honor of Roman Polanski?"

During this rewatch, I've found that Lorelai is actually a better friend to Sookie than I remembered (and vice versa). Sure, there are several instances where she doesn't seem to appreciate the time and energy that Sookie has put into favors (most of them cooking-related), but Lorelai does respect her enough to listen to her advice. When Sookie gently tells Lorelai that she treated Michel like shit, there's no jump to defensiveness or denial.

Best literary or pop culture references:
Michel tries to claim that he was spontaneously invited onto "The Price is Right" after meeting someone from the show at the farmer's market, but Sookie doesn't let him get away with this bullshit narrative.

Sookie: Boy, that's weird. Jackson's cousin Monty did "The Price is Right," and he told us that the contestants had to get up at the crack of dawn, sit in line for hours, with hundreds of tourists, and then show how enthusiastic of a contestant they would be. You know, jumping up and down, screaming and yelling.
Michel: You don't say.
Sookie: Yeah. And they had to wear embarrassing t-shirts that said things like "Pick Me, Bob! I neutered my dog!" And they spent weeks studying the price of Turtle wax and Hamburger Helper.

Even if I suffered a traumatic brain injury, I don't think the phrase "Have your pets spayed or neutered" will ever escape me.

Stars Hollow weirdness:
After a relationship conversation that Luke participates in for some unknown reason, Kirk decides to move out of his mother's house so that he can level up his relationship with Lulu. When he realizes that there's nowhere for him to go, he decides to rock out with his cock out in Luke's boat (which is back in Lorelai's garage). Luke and Lorelai find him sleeping, wrapped in a superhero blanket, when they return from their date. I don't understand why he doesn't move in with Lulu. She's an elementary school teacher and seems to have her shit relatively together. I assume she has her own place. Maybe Kirk's night terrors are too big of a commitment for her. He seems like the type of person who would take Ambien and set the house on fire.

Sharpest insult or one-liner:
I'm proud of Rory for refusing to let this misogyny slide.

Colin: Well, Josie’s a lesbian.
Rory: You struck out, Colin?

Ah, yes ... the old "every woman who isn't into me is a lesbian" bit. If my husband had friends like this, he wouldn't be my husband.

Books mentioned/books Rory is reading:
When Robert asks her out, Rory is reading Barrington Moore Jr.'s "Social Origins of Dictatorship and Democracy: Lord and Peasant in the Making of the Modern World," which is obviously not a pleasure book. I like her joke about Renée Zellweger gaining a ton of weight to play the peasant role in the film adaptation, though.

At the inn, Lorelai is dismayed to find that she's been "airplane booked." All of her good books (aka stuff by Jonathon Swift, Edith Wharton, and Charles Dickens) have been swiped and she's left with "Clifford the Big Red Dog" and "He's Just Not That Into You." Remember when Miranda discovered this revelatory concept in "Sex and the City," and then Greg Behrendt and Liz Tuccillo turned it into a piece of shit bestseller, and then Drew Barrymore's production company turned it into a high-grossing movie? I can't think about it because it gives me night terrors to rival Kirk's.

Best song of the episode:
Let's go with Chuck Barry's "You Never Can Tell" in honor of Richard Gilmore. It plays when Finn and his date (played by choreographer Kelly Cabrera) re-enact the Travolta/Thurman dance from "Pulp Fiction."

Thoughts:
Luke and Lorelai have reconciled, which means that the dumb town ribbons are being collected and tallied for popularity bragging rights. As Kirk chased Lulu around town in an attempt to collect her beloved pink ribbon, my husband said, "And just think ... they could have kids. There’s not a law against it." One good thing about the revival is that we find out they settled for a pig named Petal. I love Kirk, but do not think the world is missing out if he decides not to procreate.

Confident of her victory, Lorelai proposes that the ribbon loser buys the ribbon winner dinner on Sunday night. As Luke rightfully points out, the entire town has a giant boner for Lorelai, so it's really no contest. (I never realized this before, but if the dinner date is Sunday night, that means the Quentin Tarantino party is also Sunday night. I have a hard time believing that Rory is down for a school night party.) After clinching her victory, Lorelai and Rory go shopping for the sausage dress and spot Logan out on a coffee date with another woman. Lorelai is all, "What the hell, aren't you two fucking?" but Rory tells her that it's nbd because they agreed to keep things casual.

In an attempt at damage control, Logan later hunts Rory down in the newsroom to gauge how pissed off this sighting made her. She plays it so cool that she doesn't even stop typing as she reminds him that they both agreed to a "no strings attached" situation. Of course, Logan assumes that he'll be the only one seeing other people and is immediately jealous when Rory shows up at Finn's birthday party with Robert. I'm actually surprised that there's not some disgusting bro code that dictates Robert can't ask Rory out because she's already dating Logan. Based on Logan's shock after seeing them together, it doesn't even seem like Robert ran it past him, which makes me like him even more. Rory isn't Logan's property, dammit ... they're not even in a committed relationship.

At the Tarantino party, Logan seems bored with his date, Whitney, who is dressed as Beatrix Kiddo from "Kill Bill" (2003), and Rory is very clearly just using Robert (dead extra #2) to convince herself that she's legitimately capable of light dalliances. After staring at her across the room all night, Logan pulls Rory aside and tries to whisk her away to New York to spend a night at the Plaza. He tells her, "The problem is you’re here with Robert and it’s bothering me, and I don’t like that it’s bothering me." This exact scenario happened to me once in college (I was Logan), so I get it, but it's still gross. I feel bad for Robert and Whitney, the innocent bystanders in Rory and Logan's idiotic sex drama.

I thought this party was cool when I first saw the episode, but it really hasn't aged well in light of Me Too/Harvey Weinstein/toxic masculinity/aging out of pretending to like things because of men. I just want to remind everyone that in 1995, Mira Sorvino told Quentin Tarantino (her boyfriend at the time) that Weinstein assaulted her. Instead of taking her comments seriously, Tarantino didn't do shit. Additionally, he told Howard Stern that Roman Polanski having sex with a 13-year-old isn't rape but "sex with a minor." Whether or not you like any of Tarantino's films, I hope we all agree that his fanboys are bro douches.

After the party, Rory calls Lorelai to fill her in on the Logan antics. For once, Lorelai is at a loss for what advice to give. She knows that dating isn't going to make Rory happy but is unsure of whether or not she should mention this. She tells Luke, "I don’t know how much to say to her. If she doesn’t want to hear it, she doesn’t have to take it. She doesn’t have to call, or come home." It's interesting to see Lorelai realize that overstepping is dangerous at this point in her daughter's life. She knows firsthand how badly it can go when a parent tries to control a child, and I appreciate that she's at least trying to consider what role she needs to take on as Rory ages.

Most of Lorelai's storyline revolves around the inn, which is being photographed for an American Travel feature on the top 10 inns in Connecticut. Michel, who has just arrived back from vacation in LA, throws a wrench in their plans when his motor home from "The Price is Right" arrives on the day of the shoot. It kicks up so much dust outside that they have to reschedule, which prompts a string of Emily Gilmore-level bitchy comments from Lorelai and the sassy (gay-coded?) photographer. Everything works out in the end and as we'll get to in the next episode, the inn ends up being chosen for the issue's cover story.

Lorelai's date with Luke goes well, despite the discovery that he got into (fictional) gas station reggae music during their separation. This exchange kills me every time, especially Scott Patterson's deadpan line reading:

Lorelai: When you look in the mirror, do you see "Reggae Fever"?
Luke: It was cheap.
Lorelai: "Ja Glory" by Toots Bambada. "Lively up Yourself" by the Family Zigzag, "Let your Ya be Ya" by Ranking Roy. What else am I going to find in here? Ganja and a yellow, green and red knit cap?
Luke: I bought a CD. I didn’t adopt the entire Rastafarian culture.

The big, exciting development in their relationship is that Luke finally learns how to use speed dial. When Emily Gilmore shows up at the diner and screams at him, he immediately dials Lorelai and doesn't even say anything, just lets her listen to Emily's rant. After Lorelai ghosts on Friday night dinner yet again, Emily assumes it's because she and Luke still aren't back together. Her misguided assumption was that Lorelai's absence was directly related to the break-up, not necessarily her sabotage. It's very satisfying when Lorelai shows up to rescue Luke and screams at Emily to "shut up." The eventual resolution to this stalemate is unsatisfying, but I do appreciate the maternal relationship tension. 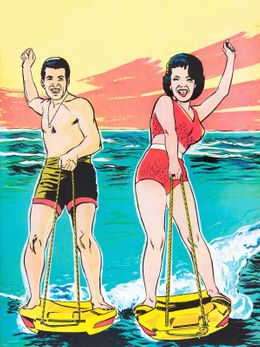 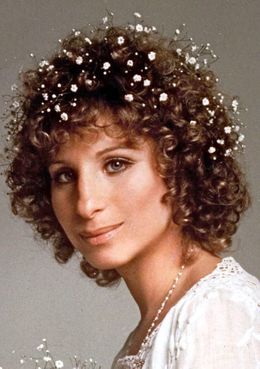