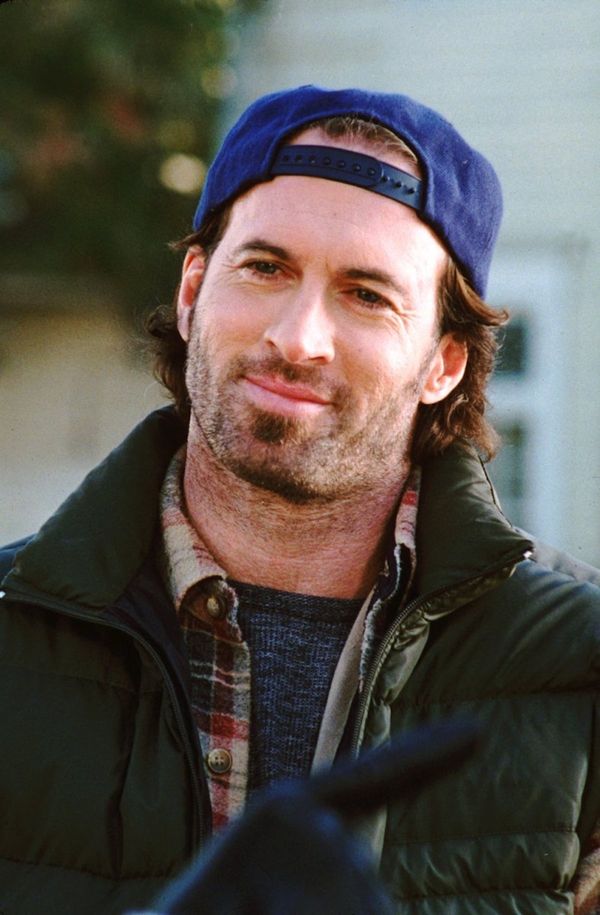 Directing and writing credits:
Written by Joan Binder Weiss, directed by David Petrarca. Binder Weiss also wrote "Love and War and Snow," which I watched last week. I wish I could find a solid interview with her somewhere or more information, but I poked around and came up empty. If I can uncover her email address, I'll reach out and see if she'd be interested in doing something for this blog. Surprisingly, people are usually nice and helpful whenever you a compliment them before asking for a favor. Just a little life pro-tip from me to you.

David Petrarca is another one of those seasoned TV directors. I'm happy I stumbled across his IMDB, because he directed an episode of "Popular," a show I used to watch in middle school and had completely forgot about until just now. It was a delightfully fun/campy Ryan Murphy show and I was obsessed with Mary Cherry, played by Leslie Grossman. I just spent 15 minutes watching this Mary Cherry highlight reel and I have zero regrets. (This was also a good read.) Leslie Grossman hasn't really done anything remarkable since this show, which is a damn shame because she is incredible. I guess she's in the new season of "American Horror Story," but I unfortunately don't watch that and can't justify starting it just for her.

Petrarca also directed 1 episode of "Felicity," 2 episodes of "Jessica Jones," and a bunch of other random shit, like "Joan of Arcadia." I watched/loved that show when I was going through my high school Jesus phase. Amber Tamblyn is a goddess, so it wasn't a complete waste of time. Unrelated, but have you read her letter to James Woods, aka perverted, irrelevant old shit stain, in Teen Vogue? She's great. I eventually plan to cover "Paint It Black," Tamblyn's directorial debut, so keep an eye out for that.

Most batshit crazy outfit:
The episode starts out with two massive fashion fails. Lorelai is wearing a red knit cap with a little nipple on the top, black leather gloves, an orange, Rue 21 shirt with glitter numbers, a faux sheepskin-lined navy corduroy coat, and purple/brown pants with a slight flare leg. Who in the actual fuck would put this outfit together? If she had butterfly clips in her hair, it would be very Lizzie McGuire.

Rory's outfit is possibly worse because it actually looks like something she put effort into. She's wearing a red and black argyle sweater layered over a charcoal shirt with a pair of ugly, baggy jeans that make her hips look huge. I don't like to body snark, but yikes... none of Rory's pants in Season 1 do anything to flatter her figure. The ass situation is especially sad. This run-of-the-mill bad outfit becomes a monstrosity when accessorized with black gloves, a black headband (the type you'd use while washing your face), a trinket-y gift shop necklace, and a green and white ski jacket that I'm pretty sure is from Old Navy (circa the Performance Fleece era).

Later in the episode, Lorelai dons pigtails that are fastened with pink pompom balls and a black, high neck shirt with pink fluff at the cuffs. It's a look that kind of works for 16-year-old Cher Horowitz in 1995, but not so much for thirty-something Lorelai in 2001. And the makeup, as always, is atrocious. Dark lipstick with purple undertones and frosted lilac eyeshadow. Goodamit, Rory. Stop letting Lorelai buy makeup at Claire's.

Most irritating Rory or Lorelai moment:
Lorelai thinks pet abuse is funny. The whole "Skippy" story is rage-inducing and someone really should have prevented her from adopting Paul Anka in Season 6. I demand justice for Paul Anka! He deserves better, dammit.

Number of times Rory or Lorelai treat their bff like shit:
Once. Lorelai is a total dick to Sookie, but she does apologize immediately. They're in the kitchen, drinking tea and talking about Max, and Sookie is just trying to make her friend see that she's sabotaging her own happines, but Lorelai shuts her down:

When did you become the relationship expert? You haven't been in a relationship in years. (Sookie looks sad as Lorelai realizes what she said.) Wow! Zero to jackass in 3.2 seconds.

If Lorelai didn't want Sookie's advice, she shouldn't have blatantly asked for it. There's no reason to make Sookie feel like shit just for having an opinion and trying to be a good friend. This conversation is probably what pushed Sookie to ask Jackson out at the end of the episode, so it's not all bad. Although... just thinking about what happens with Sookie and Jackson in Season 7 makes me rage spiral and wish they had never gotten together in the first place.

Best literary or pop culture references:
I want Sookie's rendition of "Livin' La Vida Loca" to be my new ringtone. Also, points for mentioning "This Old House," which I used to watch with my dad as a child.

Stars Hollow weirdness:
None! I hate when the townies are missing. The adoption fair at the beginning of the episode is the only glimpse of townie weirdness. Buttercup, the dog Lorelai is eyeing, has this on her description placard:

Buttercup is a special dog. She's extremely skittish and tends to react badly towards blonde haired females, brunette males, children of either sex, other animals, red clothing, cabbage or anyone in a uniform.

If the Humane Society described my cats accurately, this is what their placards would have said:

Bea is very cute, but an incredible asshole. She has a ton of energy and will never tire of finding new, exciting ways to ruin your life. You like to sleep? You'll never sleep again.

Eloise enjoys when you pet her, but with your eyes instead of your hands. If you accidentally touch (or even think about touching) any of her white fur, she will chomp you. If you don't clean her litter box every day, she will piss on your brand new carpet in an act of revenge.

Sharpest insult or one-liner:
When Lorelai is at Max's house and she sees Rory's paper:

Lorelai: You know I could just save you the time and uh, put an 'A' on it for you.
Max: Well that really wouldn't be fair to the other students whose mothers aren't here tonight would it?
Lorelai: Yes you're right. (pause) Although, life isn't fair and the sooner those kids learn that the better.

Lorelai is insufferable, but I can't argue with her logic here.

Best song of the episode:
Aside from Sookie's salute to Ricky Martin, there are no commercial songs in this episode, which is weird.

Thoughts:
In this episode, Lorelai learns that sometimes actions have consequences. You'd think this would be something she's already aware of, having gotten pregnant at sixteen, but apparently she's in need of a reminder. Everything she does in this episode annoys me and I'm happy it ends with her crying. Lorelai deserves to cry. She's a shitty person who makes shitty decisions and I'm satisfied when the world reminds her she's not invincible.

Lorelai has a great time with Max and Rory even notes how happy she seems. Lorelai then confirms her happiness. Her initial big worry about the Max relationship was how Rory was going to handle it. Rory has proven she's able to handle it just fine. There is zero cause for concern. But we all know Lorelai Gilmore and how much she secretly loves drama, even if she claims otherwise. She starts spiraling and freaking out over Rory's desire to invite Max to go ice skating with them.

I imagine Lorelai's internal dialogue as something like this: "Rory calls him Max, not Mr. Medina? Omg, she must actually be comfortable with this relationship, just like I hoped she would be! What's going to happen if/when we break up? I must shield her from this potential pain." Lorelai needs to pop a Xanax and calm the fuck down. Or maybe let Rory know how she's feeling. Or hell, talk to Max about her concerns. But instead, she chooses to shut down and stop all communication, confusing everyone and acting like a total coward.

In all actuality, Lorelai probably isn't even that concerned with Rory's feelings. After all, she's willing to put her into an incredibly awkward situation by requesting that she return "Swann's Way" to Max at parent's day. Like always, Lorelai is simply using Rory as an excuse for avoiding emotional vulnerability. Lorelai is the one who's afraid of getting hurt in the event of a break-up. Lorelai is the immature one who lies to her daughter and can't even admit that she doesn't want to go to parent's day because she's avoiding Max. It's pretty satisfying when Rory calls her on her shit:

There is no thing at the inn, you're avoiding Mr. Medina and you're trying to lie to me and you promised you would go and - hey, do whatever you want. I don't care, just leave me out of it. And give him the book back yourself. (Rory goes to her room and slams the door.)

In these early seasons, Rory and Lorelai's relationship truly is a role reversal. Rory is the responsible, pragmatic parent, and Lorelai is the disorganized, sixteen-year-old mess. Again, it's no wonder that Rory is so stunted in "A Year in the Life." She never actually had much of a chance to act like a kid because she always needed to worry about her trainwreck of a mother. And the cycle continues...