Vibe:
I put off watching this movie for at least a month because I suspected it would depress the hell out of me. When I finally finished it last night, my feelings were immediately confirmed. Although the two are completely different, I would liken the stress of watching "Bull" to my experience with "Uncut Gems" (2019). Both involve people making a string of incomprehensibly bad decisions due to compulsions the audience can't quite pinpoint. It's easy to assume that the characters in "Bull" are driven by economic insecurity, but that's only part of the equation. While Kris (Amber Havard) is relatively easy to understand, Abe is more of an enigma (Rob Morgan).

Best time to watch:
Watch "Bull" when you're in such a good mood that even the bleakest shit can't touch you. I haven't felt that way in a long time, which is why it took me ages to convince myself to watch this. If you enjoyed Chloe Zhao's "The Rider" (2017) or Andrew Haigh's "Lean on Pete" (2017), this film is a safe bet.

Worst time to watch:
If you're having a movie night with your radical vegan friend, "Bull" probably isn't the best option. I find it terribly elitist when vegans blather on about animal cruelty in movies like this because it belittles the experience of people in different parts of the country. Someone who grew up riding bulls in Texas isn't a monster, nor is someone who chose to make a film about them. Those stories and lives are valid; they deserve to be told just as much as any others. A snotty, holier-than-thou attitude is not the way to enact change (end mini rant).

Where to watch:
"Bull" is in select US theaters and on VOD starting March 20th.

Quick summary:
Abe is a black cowboy, down on his luck after one too many injuries. Kris is a white teen girl, trying to make her way in the world with little guidance from parental figures. Some bad decisions and a mutual interest in riding bulls cause the two neighbors to strike up an unlikely friendship that benefits each of them in different ways.

Thoughts:
In "Bull," we have two characters -- Abe and Kris -- who find an unlikely connection through related maladies. Kris lacks a stellar support system. Her mother is incarcerated, forcing her to live with a sick grandma who seems more burdened by the situation than sympathetic. The only time anyone pays attention to her is when she causes trouble. Her struggle is obvious even though we aren't privy to any of her thoughts.

We watch her try to forge connections with other kids her age, mostly asshole boys whose interests primarily consist of video games and handjobs. Even when she's partying with friends, Kris looks sullen and withdrawn. She's desperately in need of some guidance but unsure of how to find it and unwilling to open up to anyone. Based on what we know about her life thus far, I don't blame her.

Abe is a former bull rider who struggles with an aging body that can no longer keep up with his passions. After he sustains a brutal injury as a rodeo protection athlete, his employer (PBR) relegates him to rodeo clown. It's a humiliation that even painkillers and alcohol can't diminish. How is it possible to carry on when everything you've devoted your life to slips away?

Thanks to the rodeo, Abe is less socially isolated than Kris. He teaches kids to ride, helps out at community events, and has a regular group of friends. None of that seems to matter as much as working with bulls.

After he has sex with Sheila (Yolonda Ross), his ex-girlfriend, they have this conversation:

Abe: I do better with you, Sheila.
Sheila: No, you don't.
Abe: Yeah, I do.
Sheila: You just want somebody to answer the telephone when you're in the hospital. I told you, I'm not doing that no more. Abe, you only just be thinking about yourself.

Sheila has clearly been down this road before and understands that it always ends in disappointment. Unless she wants to play second fiddle to a bunch of bulls, bouncing is the right move.

When Abe and Kris first cross paths, he yells at her dog for killing one of his chickens. She later breaks into his house when he's out of town and hosts an impromptu party as an act of revenge. In typical dumb teen fashion, she gets caught and Abe offers not to press charges if she makes good with free labor. Kris and Abe don't begin to grow close until she expresses an interest in bulls. Abe becomes Kris' bullriding mentor, but he certainly is not her life coach.

Silverstein thankfully avoids the "magical negro" trope, something I was worried about while watching the film. The cop-out ending would have been one with an adult Kris, riding bulls while Abe proudly watches from the bleachers. The connection between them doesn't fix everything, it simply gives hope to a bleak situation. Maybe Abe can retire and find some solace in teaching. Maybe Kris' newfound interest in the sport will help her see the value of hard work and dedication. It's all potentially positive at best.

I appreciate the observational storytelling approach but wish we were given more character interiority to bolster ideas. It was hard for me to feel connected to either character because I didn't feel like I knew enough about them; I made assumptions based on the given details. "American Honey" (2016) makes a similar approach work by adding more situational drama. We see how Star (Sasha Lane) reacts when a trio of cowboys take her home and whip out a bottle of mezcal. We watch her deal with Krystal's (Riley Keough) internalized misogyny and Jake's (Shia LaBeouf) bullshit. We get to know Star by watching the way that she deals with direct challenges. "Bull" would benefit from more moments like this. 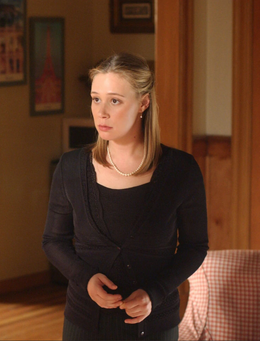