Vibe:
A road movie … of the post-millennium, blue collar America, fever dream type. Arnold assembled a motley crew of non-actors from Wal-Mart parking lots and Florida Panhandle beaches. She combines this with Robbie Ryan’s inspired cinematography: think many lens flares, hand held shots and an overall satisfying yellow palate. It’s topped off with a soundtrack of disjointed trap-y hip-hop and cloying country. Generally lacking any of the standard Hollywood polish. Nicely rough around the edges.

Best time to watch:
When you have time (it’s 2 hours and 40 minutes). I could’ve watched it twice in a row, but hey I’m excited about any film that deviates from the formula.

Worst time to watch:
When you want something fast and plot-y. "American Honey" is meandering, loosely structured and certainly does not adhere to any standard three-act formula. If you are looking for a story to carry you through and forget about life’s trials and tribulations, this isn’t it. If this film is “about” anything it’s mood and the creation of a specific world. I easily got lost in it ... something about Ryan’s visuals and the offensive, yet addictive soundtrack.

Why you should watch:
Because it’s different. The film is a take on the working class American Dream story, but all a little deranged. To cap it off, Arnold is a British woman in her 50’s. It’s an outsider’s perspective. Through her direction she manages to achieve rawness and authenticity that one can assume must come from an immersive filmmaking approach. She, the cast and crew lived together in motels, much like the characters in the film, for the 56-day shoot. It’s the closest thing I’ve seen to vérité in a long time.

For the sex scenes. I haven’t seen anything so real, awkward, and sexy in a long time. Stretch marks included. There hasn’t been a more truthful hetero sex scene since Catherin Breillat’s "Fat Girl" or Derek Cianfrance’s "Blue Valentine," and both those are heart-wrenching and not titlating.

For Shia LaBeouf. Whatever the tabloid antics that surround him might be, the man can act. His dirtbag, Jake (rat tail and all), leader of the “mag pack” (door to door magazine sales people) is captivating as hell. He goes all in and I believe him every step of the way. He rolled with the punches and embedded in Arnold’s production family structure just like everyone else. He’s got that crazy Brando thing going, and if he can continue to channel it like this, he might be able get back in the Hollywood game (if he even wants that).

For the cinematography. It’s handheld, it’s imperfect, it doesn’t even make sense at times, but that’s why I’m so taken by it. It’s freewheeling and mirrors a personal perspective. It’s not as voyeuristic as it is participatory. You’re engaged and occasionally mesmerized.

Where to watch:
"American Honey" is streaming for $5.99 on Amazon and iTunes.

Quick summary:
The film opens with a dumpster diving Star (Sasha Lane) accompanied by two young children. After foraging a sweaty, meat juicy, vacuum-packed chicken, she notices a passenger van blasting hip-hop. Her interest is peaked and she follows them to the K-Mart across the street.

Her first encounter with Crew 071, which she later uncovers is a “mag crew,” is through a lively Rihanna dance party that unfolds on the K-mart sales floor. Star is instantly taken by the apparent leader of the pack, Jake (LaBeouf). He flirts her into one of his recruits and propositions her with a “business opportunity” where she can make “$300 a day” if she’s good.

The next two and half hours follows the crew, traveling through the American Prairie, peddling magazines that no one wants to buy. We soon discover that the group is in fact not led by Jake, but really a biting Riley Keough as Krystal. She’s the madam, taking her cut of everyone’s sales while providing life’s essentials and a unique brand of motivation.

Jake is given the task to train Star as a sales associate, which proves nearly impossible. She cannot seem to shed her Darwinially-acquired tough exterior. She continues to fall for Jake and his unique breed of teenage playground charm. They end up sleeping together, but Jake warns her when they return to the rest of the crew that she cannot tell anyone because Krystal has a strict no inter-crew relationship policy.

The merry band of misfits carries on their travels and Krystal leads them to a house in Texas oil country. She dresses the girls of the crew in the most “white trash” outfits she can find and takes them out to meet the men of the oil fields. In her mind they are easy sales targets. After a provocative dance sequence the men assume they are prostitutes. Star falls into the trap and ends up on a “date” for which she is paid $1000 for some mutual masturbation? Jake erupts that she sold her body for money, but she gives it to him to add to their “runaway together and leave all this behind" fund.

Krystal soon discovers that Jake and Star have had some version of a romantic relationship, which leads her to kick him out of the crew. She threatens to do the same with Star. She caps it off by telling Star that she pays Jake “girl money” every time he finds a new addition for the crew. Star was just a payday for Jake (or so Krystal would like her to think).

The film culminates in a rowdy lakeside bonfire scene, where Jake has returned. As a peace offering he gives Star a turtle, one of many of Arnold’s nods to the natural world sprinkled throughout the film. Not knowing who to trust or what to make of anything, Star wanders into the lake and baptizes herself anew.

Thoughts:
I’ll come right out and say this was my favorite film of 2016. On average I get blown away by about 1.5 films a year. This is hardly to say that "American Honey" is perfect or even the “best” film of last year, it was just my personal favorite. I spent the better part of my graduate degree exploring the space between documentary and fiction. My degree even culminated in an experimental documentary that was cross-country road trip; I’m beyond just the film’s target demographic. Arnold was exploring my personal artistic fetishes, immersive filmmaking, non-actors, vérité and narrative/documentary line. It’s anti-Hollywood in the way I like, but not alienatingly so.

I’m always into a film that explores issues without being explicitly about those issues. In the case of "American Honey," addiction, sexual abuse and extreme poverty. Arnold’s poeticism in showing rather than didactically telling, increases my interest and empathy. The children in the film just break your heart. Something about her dedication to embedding and immersing herself prevented it from being stereotypical or voyeuristic exploitation. She humanized them. Gave us insight into where they are from and what they need to do to stay alive.

I have an obsession with film world details, in production design, dialog, soundtrack, etc. Arnold’s are spot-on with everything from Jake’s shitty eyebrow ring, Star’s preferred bra choice of a pink bikini top, and Krystal’s Confederate swimsuit with the tags still attached. They contribute to verisimilitude of the world of the “mag crew." Arnold gets bonus points for the insider wink of including the painfully overused Mazzy Star’s “Fade into You," during a romantic scene between Jake and Star.

For anyone interested in filmmaking or cinéma vérité, "American Honey" is a must-watch. 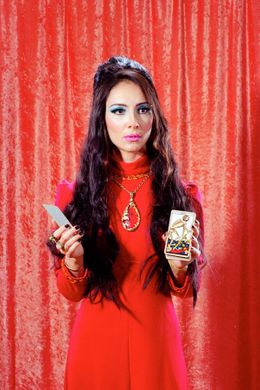 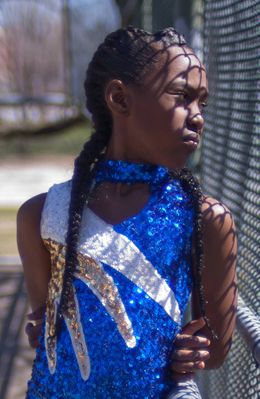