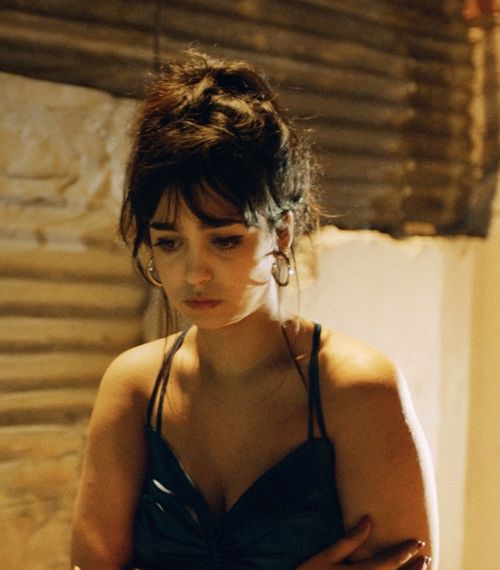 Vibe:
As I watched "Beauty and the Dogs," I couldn't help but think that if Donald Trump had his way, all women in the United States would receive the same treatment as Mariam (Mariam Al Ferjani). If he saw this movie, his reaction would probably be that the cops were too nice to her and that it made complete sense for them to make it difficult to report a rape because it's such a life ruiner for men who are accused. Can you believe we went from Barack Obama to this floundering, moronic asshat? I still can't.

Initially, I was kind of worried about watching this movie. I knew it dealt with a rape but hadn't read anything about how that rape is actually portrayed. I find sexual assualt on-screen very triggering, so knowing nothing about the film or director, I was apprehensive to watch something that might depict sexual violence in a graphic way. If you have similiar concerns, rest assured that although a rape happens, it's kept off-screen.

This is not a light movie. After I finished watching it, I was up until 2AM with a restless unease. I 100% recommend watching, but not unless you're in the right headspace.

Best time to watch:
Go see it after you've finished "The Night Of" and want to watch something else that highlights systemic issues and corruption. The cinematography and tone of both projects is similar - they feel like horrible, Kafka-esque nightmares of bureaucratic nonsense and manipulation. While both are bleak, "Beauty and the Dogs" contains a glimmer of hope at the end that prevented me from completely falling down into a pit of despair.

Watch it whenever you think things are bad in America and want some perspective about what women in other parts of the world are forced to stomach. Yes, there are still HUGE problems in this country when it comes to women in positions of power, the wage gap, and sexual assault/abuse (to name a choice few), but we have some rights that are mostly upheld by the government. At least there are processes in place to give the illusion of order and justice. If I report a rape, there's a protocol that police and medical practitioners must follow. Even if my rape kit sits in an evidence room, untested for years, at least it exists. A doctor can't laugh in my face, call me a slut, and shame my male friend for failing to prevent the rape. 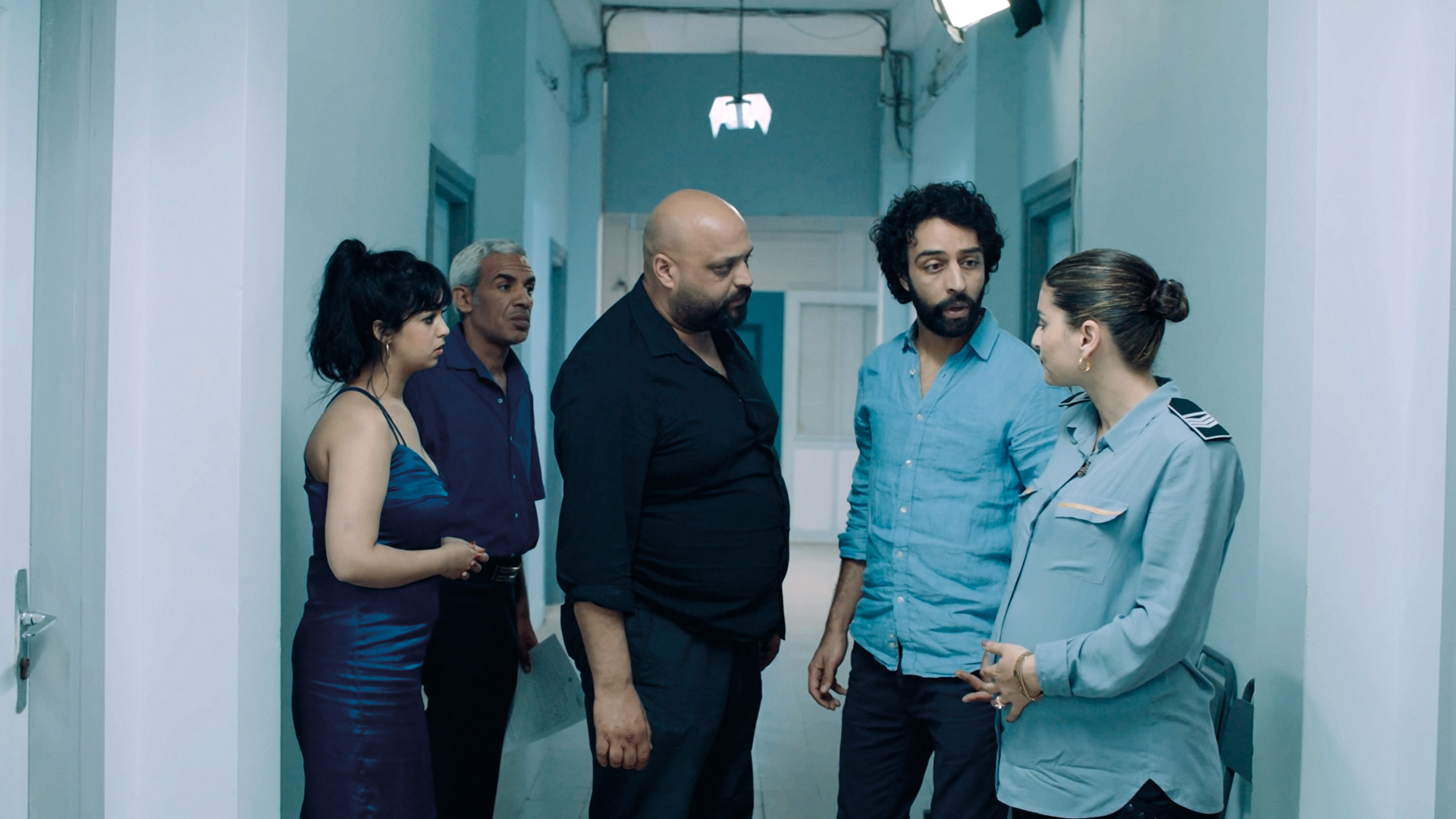 The pregnant cop looks sympathetic in this shot, but don't be fooled.

Worst time to watch:
Don't see this movie when you've had a long day at work and aren't in the mood for a movie that will make you feel shittier. If you need something light and funny, watch "A New Leaf" or an episode of "High Maintenance."

I also don't recommend watching right before bed. Take a note out of my book and avoid lying awake until 2AM with dark thoughts. Oh, and film is in Arabic, so also avoid it if you're not in the mood for reading subtitles.

Where to watch:
Check out this list of showtimes. If you're in NYC, it's playing at The Landmark at 57 West; in LA, it's at the Nuart Theater.

Quick summary:
Based on a true story and shot solely in long takes, "Beauty and the Dogs" is about a young woman named Mariam who is raped by a group of policeman outside a party. The film chronicles her fight for justice in Tunisia, a country that gives zero fucks about women. 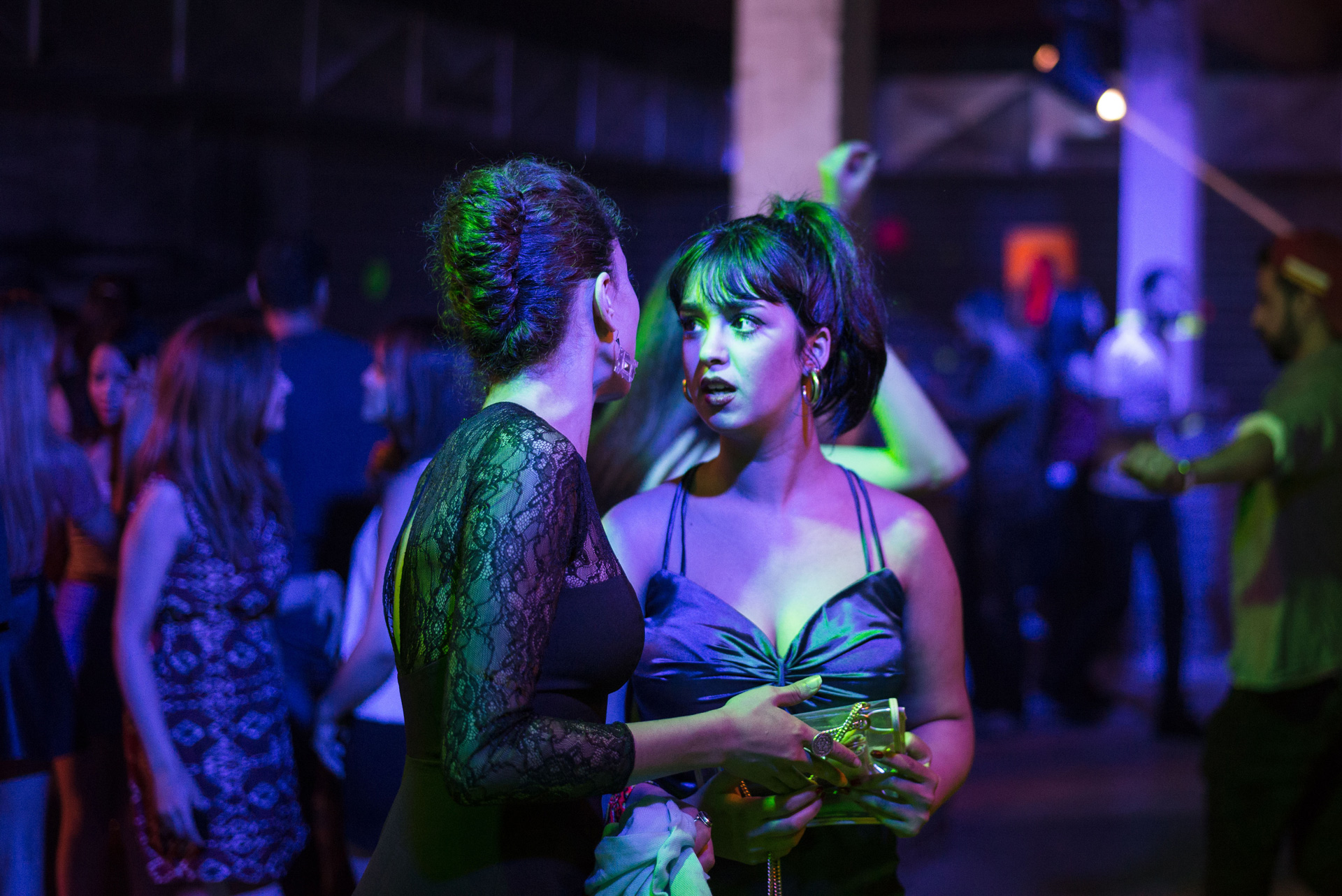 Quick primer on Tunisian politics:
In 2010, protests broke out in Tunisia. By 2011, Zine el-Abidine Ben Ali, who had ruled the country for 23 consecutive years, went into exile. Prime Minister Ghannouchi also resigned. When parliamentary elections took place in October of 2011, the Ennahda Islamist party won and a human rights activist was elected president. The Washington Post states,

"The most notable achievement of Tunisia’s Jan. 14, 2011 revolution — one that astonishingly seems to have been forgotten — is the space for political critique, assembly and speech that the revolution carved and has protected. In only five years, public debate in Tunisia has been marked by contentious and open discussions about previously taboo topics, including religion and political orders, rule of law, stability vs. reform, gay rights, national consensus and political compromise, artistic expression, and the meaning of revolution and a democratic polity. It is the revolution that has made such discourse possible."

So whenever the rape that this film is based on happened, people were outraged. Although it happened less than 1 year after the revolution, "Tunisia was widely seen as enlightened on women's rights, compared with many other Arab countries."

Thoughts:
Ben Hania, who also wrote the screenplay, made several choices that I think are brilliant. Each chapter of the film is shot in sequence so that we experience events with Mariam in real time. When she waits in silence at the police station, we wait with her. As viewers, we aren't given a single reprieve. We are aligned with Mariam because we face each setback and injustice with her.

At the same time, Ben Hania creates suspense with unseen action that happens between chapters, which often start in media res. For example, Chapter One ends with Mariam and Youssef (Ghanem Zrelli) walking out of the party. Chapter Two begins with Mariam running down the street, clearly distressed, as Youssef chases her. My immediate thought was that he must have raped her. Ben Hania sets us up to think one way and then immediately diverts our expectations. 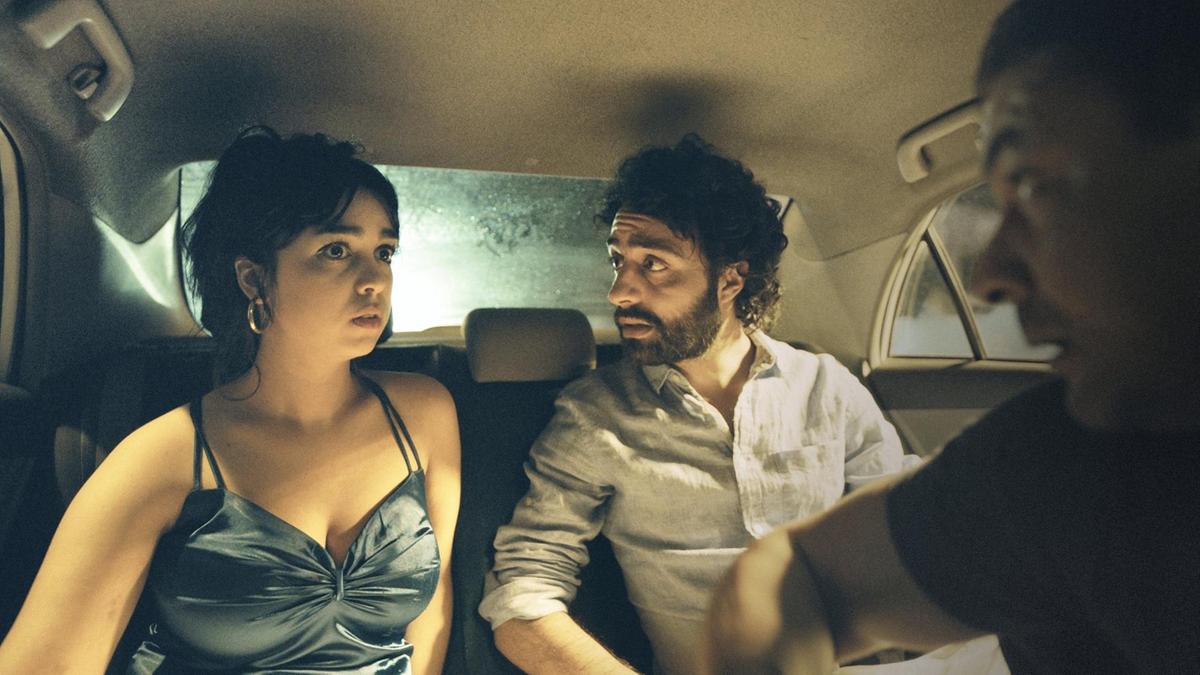 Youssef is a fascinating character because he pushes Mariam to fight for justice but is never 100% trustworthy or likable. In an interview with Cineuropa, Ben Hania says,

"I needed the character [Miriam] to be totally naive, a babe in the woods who discovers a strength she didn’t know she had when she finds herself in a struggle for survival. At the beginning, because of the shock, there needed to be someone in the story to support her, whatever that character’s motives may be."

At several points, we're reminded that Youssef might not have Mariam's best interests at heart. Immediately after the rape, he pushes her into a clinic and forces her to talk to the woman at the front desk. Mariam barely has a moment to collect herself, to truly registered what just happened and how she wants to handle it, before she's confronted with the cold reality of it all on someone else's terms. It's incredibly fucked up and made me angry.

So often, I think men feel like they need to fix things for women. After this scene ended, I assumed that was what was happening with Youssef. A woman was raped on his watch, he feels emasculated, and now he's going to try to solve her problems to regain some of the power he feels like he lost. As one of the cops says, "If you were a man, she wouldn't have been raped. And now, you're a hero?" Youssef fronts like he cares about Mariam but he really only cares about himself.

Later, when find out about Youssef's political involvement and history with the cops, his interest in Mariam makes more sense. He's using her not only to rebuild his fragile male ego, but also as a huge "fuck you" to the system that has remained corrupt, even after the revolution. Early on, he and Mariam have this conversation in the hospital, after he has tried to convince her to speak to a reporter:

Youssef: Do you understand what's going on here? Why did we have a revolution? People have died for their rights! So these monsters can pay! If we accept to be humiliated, forget about it! Forget about it ... You have to grab your rights with both hands. If you give up, they'll eat you alive! Do you understand?
Mariam: Why are you lecturing me? After what happened to me, I shouldn't just file a complaint. I should slaughter them and drink their blood.

Youssef sees what happened to her as a political issue; Mariam sees it initially as personal. The personal is political, but Mariam needs time to process and reflect on her situation before she can fight for her rights, and Youssef hasn't granted her this courtesy. He wants her to forget she's a person dealing with some really fucked up shit and only think about how her story can help propel further political change. 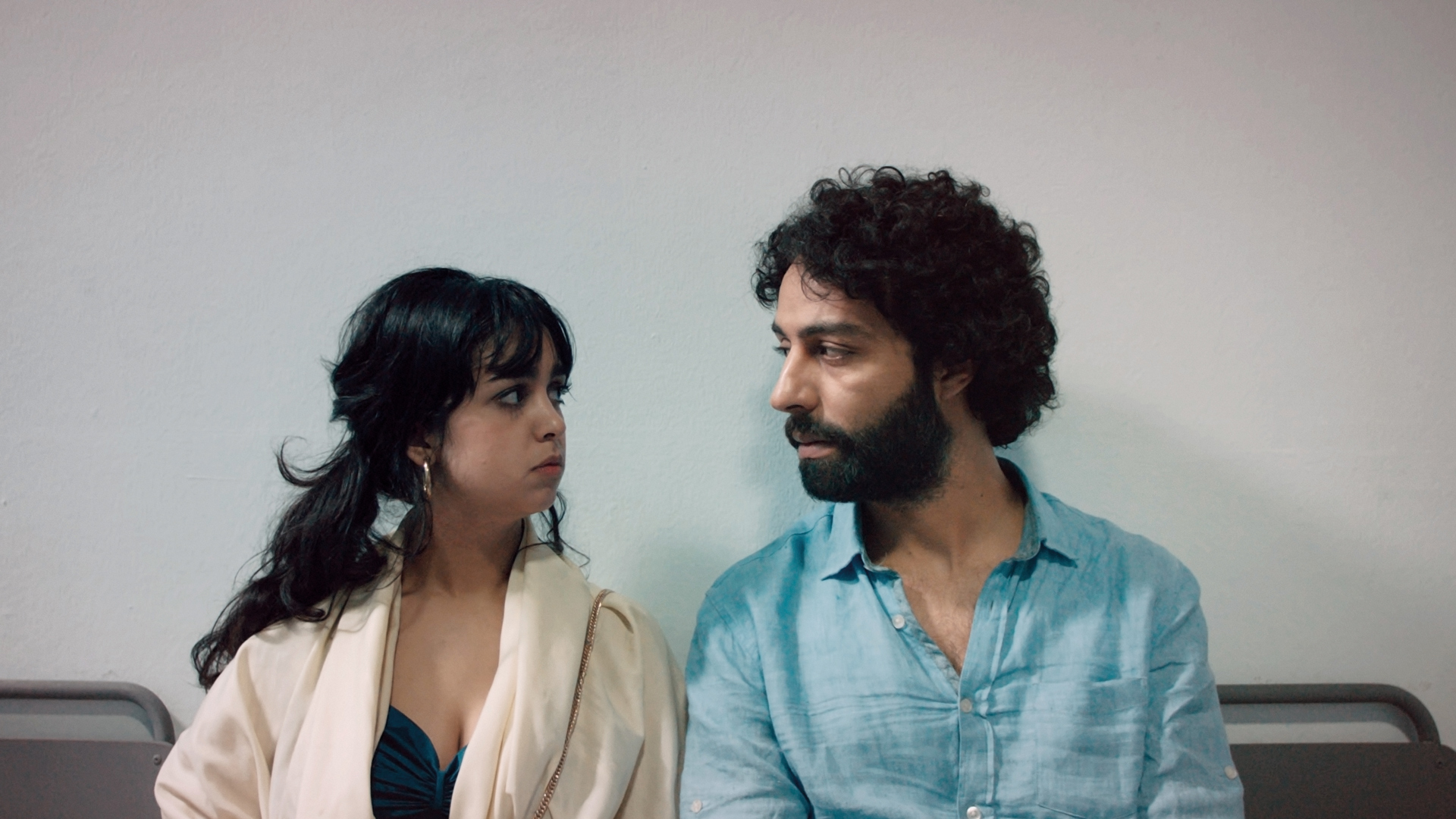 At the end of the film, after suffering through a night of verbal and physical abuse, it seems like Mariam has a clearer path to justice. She knows that she must go to the public prosecutors office to file charges, assuming that Chedly, the only somewhat sympathetic cop, has told her the truth. But how will she deal with what happened to her emotionally? In the midst of political turmoil, do individual people matter? 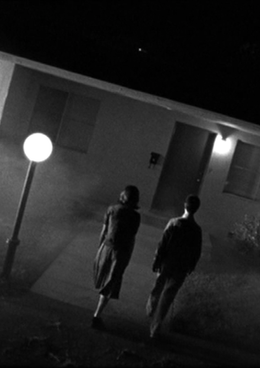 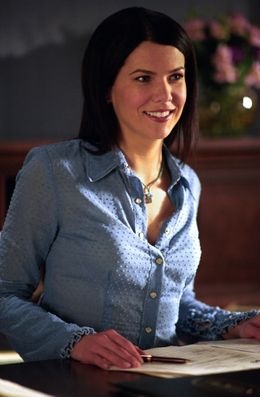