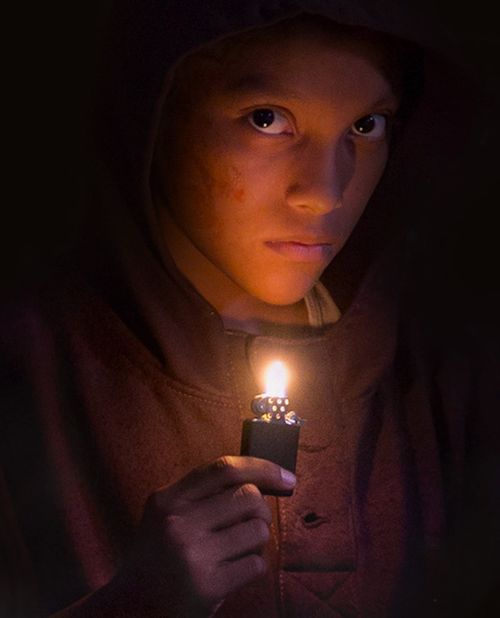 Vibe:
Like every other reviewer, I have to say that "Tigers Are Not Afraid" reminds me of a Guillermo del Toro movie, specifically "The Devil's Backbone." I've never been a huge del Toro fan, so I was kind of afraid I wasn't going to like this movie, but I did. Apparently, del Toro also really liked it. Both he and Stephen King called "Tigers" a top film of 2017.

Like many del Toro films, it defies genre and blends fantasy, realism, and horror into something undefinable. It's beautiful, creepy, triumphant, and often unbearably sad. I ran through the entire gamut of emotions while watching and felt quite melancholy as the credits rolled.

"Tigers" is the third feature film by writer/director Issa López, but she's new to me. If you'd like to know more about her, I suggest reading her interviews with Love Horror and Rue Morgue. Her first industry job was working as a director for Mexican Sesame Street, which is a totally random fun fact.

Best time to watch:
Watch this when you're planning a group movie night and want something that will satisfy everyone. Like "Stand By Me" or "The Goonies," I suspect that anyone who likes movies and isn't an asshole will enjoy "Tigers." The cast of child actors is adorable and charismatic and the fantasty/horror elements are impactful but subtle (so they won't be a turn off for anyone who isn't totally into genre films),

I could recommend this movie to my mom, someone who would never watch a horror film and thinks fantasy is stupid, or to my friend Sydney, a discerning filmergoer and horror fanatic, and both would like it.

I watched it in bed on my laptop with a set of headphones, but I don't recommend viewing it this way unless you have no other choice. If you can, definitely go see it in theaters and enjoy López's beautiful film on a large screen. I am totally bummed that I didn't get to actually see it at the Boston Underground Film Festival, but grateful that they were kind enough to provide a screener.

The cast is excellent but Paola Lara (left) and Juan Ramón López (right) stole the show.

Worst time to watch:
Don't watch this movie if you're in the mood for something cheerful. "Tigers" is universally appealing and beautiful, but it's about a bunch of orphaned kids who have unwittingly waged war with a local cartel who are trafficking not only drugs, but probably humans. In other words, it deals with some dark shit and isn't the type of film you'll watch and then forget immediately.

Additionally, I recommend avoiding this film if you're looking for more straightforward horror. Yes, "Tigers" has screened at a bunch of horror festivals, but it doesn't cleanly fit into the genre and I would not call it scary (in the traditional sense).

Where to watch:
I don't think this film has US distribution yet, but 🤞🏻 that things change soon. If they do, I will update this section accordingly.

Quick summary:
"Tigers Are Not Afraid" is set in a Mexican ghost town, a city that has been ripped apart by the drug war. When her mom goes missing, Estrella (Paola Lara) wishes for her to return. When the wish comes true, it's not exactly what Estrella had anticipated. Yes, her mother is back, but she is also dead. Frightened, Estrella leaves her house and joins a group of abandoned children who live on the street. But she can't escape the dead ... none of the children can. They are followed wherever they go.

Thoughts:
The film opens with a black screen and some staggering information about the Mexican drug war:

"Since the beginning of the drug war in 2006, 160,000 have been killed and 53,000 have disappeared in Mexico. Entire areas of some cities are turning into ghost towns. There are no numbers for the children the dead and the missing have left behind."

What happens to these abandoned kids? The government pretends they don't exist, police officers are often complicit/no help whatsoever, and they're left alone, in a place that is essentially a mass grave. I appreciate that López focuses solely on them and tries to conceive what life might be like for an abandoned child in the midst of a cruel, unforgiving world.

When asked about how she came up with the concept for the film, this is what she said:

"Music, cinema, definitely television, are obsessed with the subject [the drug war] but nobody is advertising the fact that children are left on the side. That was like a huge moment of truth for me, it sounds terrible and kind of messianic but I felt a call, like someone needs to talk about this. It doesn’t mean you are going to change anything but it had to be in the media, it has to be on the screens and part of the conversations."

1,000 times yes. What's going to happen to Mexico whenever these traumatized kids grow up? How will the country survive? Surely there will be a significant impact on society, but I don't get the sense that it's been thought about by those in positions of power in any real, meaningful way. I wonder, too, if those abandoned kids will even have the chance to become adults. As cartels expand into human trafficking, child organ harvesting becomes a concern.

In the opening scene of López's film, a bunch of children sit in a classroom while the teacher leads a discussion on fairytales. After they talk about common characters and tropes, the teacher gives them their assignment: to write their own story. As a young girl named Estrella begins to write, there's a cut and we're taken outside to a dark street. A hand spray paints a tiger on a wall while we hear Estrella's story. She tells us that the prince wanted to become a tiger because they never forget and aren't afraid. They're tough hunters and have what they need to survive. 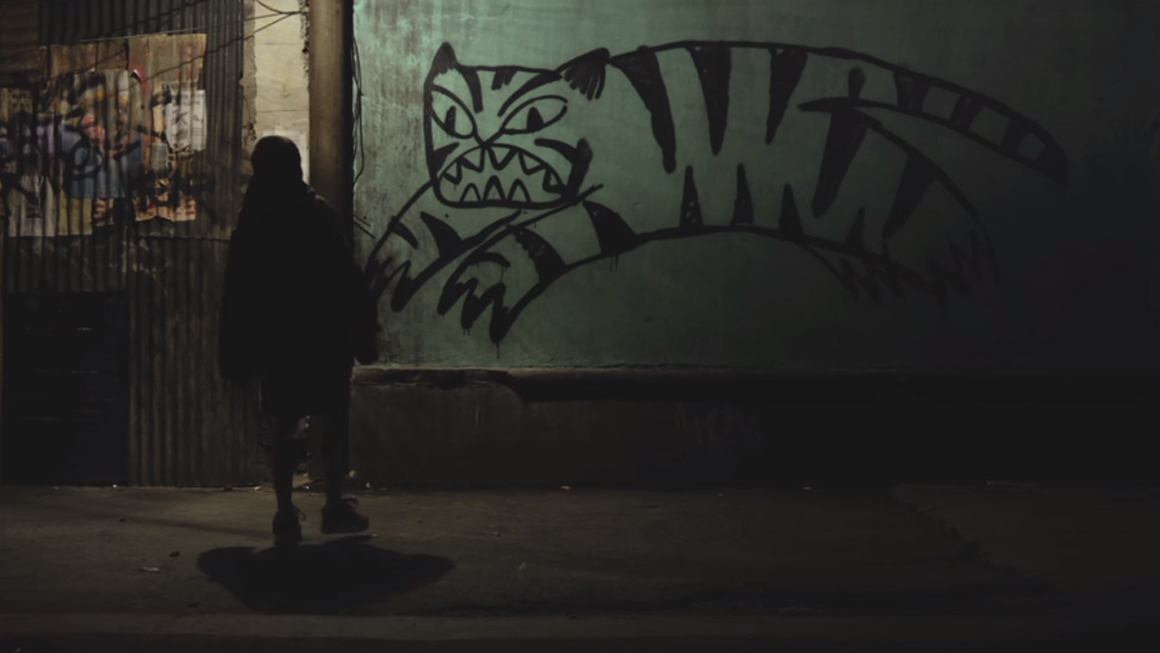 The camera pulls away from the wall and we see the spray painted tiger in full, along with the young boy who created it. In the next scene, we see him steal a gun and a phone from a (likely) intoxicated man who is pissing in the street. The boy points the gun at him like he wants to shoot, but can't go through with it. As he sits on the street and cries, Estrella's story tells us, "But the prince couldn't become a tiger. Because he had forgotten how to be a prince."

As we cut back to the classroom, the story continues but is quickly interrupted by gun shots coming from the street outside the school. As they take cover on the linoleum floor, the teacher presses three pieces of chalk into Estrella's hand and tells her, "Here. 3 wishes! Like in fairy tailes ... 3 wishes."

As a US viewer, it's hard to watch this scene without thinking of all the recent school shootings. While right wing imbeciles accuse the students from Parkland of being crisis actors, they're busy rising up like tigers and calling for change. Kids should never have to deal with violence like this, but they frequently do ... it happens all the time. The government (in the US, Mexico, the UK - everywhere) seems to only value young life when it exists in the body of a woman. Because it makes total sense more to worry about a fetus's potential than a child who already exists in the world and is affected by trauma in real, measurable ways.

The rest of "Tigers" focuses on Estrella and her 3 wishes, which add a flair of magical realism to the bleak landscape of ghost town Mexico. Whenever Estrella experienced something otherworldly - a trail of blood moving swiftly across the floor, an animated piece of graffiti - I couldn't help but think of this quote from Joan Didion:

"We tell ourselves stories in order to live ... We look for the sermon in the suicide, for the social or moral lesson in the murder of five. We interpret what we see, select the most workable of the multiple choices. We live entirely, especially if we are writers, by the imposition of a narrative line upon disparate images, by the "ideas" with which we have learned to freeze the shifting phantasmagoria which is our actual experience." 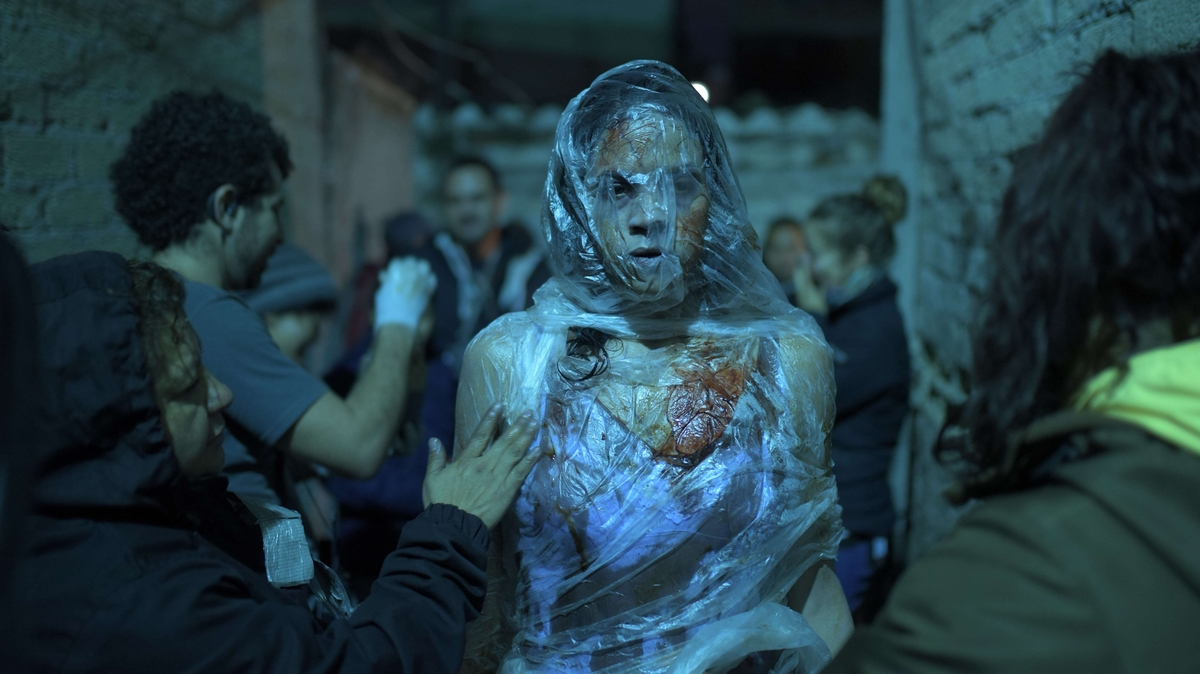 The dead aren't lost and gone forever in this movie. They appear everywhere.

We do this our entire lives, but more fantastically in childhood, I think. As an adult, I'm better at creating a narrative for myself after things have happened. I can look back on random events or thoughts and bundle them together in a somewhat realistic narrative. What I suck at is doing this in the moment. If I was abandoned by everyone I knew and left to die in the middle of a drug war, I'm not sure how I would manage.

I guess I would imagine myself escaping or somehow finding safety, but I'm not sure that would be enough to keep me going in a bleak, hopeless situation. I'm far too negative and realistic about my ability (lack of desire?) to survive on my wits and strength alone. I'm disillusioned with the world and know that some things will never get better and that in certain situations, death might legitimately be preferable. I'm not advocating for this position, just describing the lens through which I view the world.

As a child, and even a teenager, I was much better at crafting stories for myself and envisioning the world as I wanted it to exist. Imagination and reality were often melded together in a way that made them both indistinguishable. The children's world of "Tigers" is like this. They don't see things as bleakly as I do. They're excited over a big, empty, dirty house ("like that "Lord of the Rings" place") and wonder at a pool of fish in a shallow dirt hole. They're able to imagine an alternate realities where they're fierce warriors, tigers and princes who are able to do and be anything they want.

It's all very magical and powerful, but what happens when they grow up?

Anaïs in Love is an elder millennial fever dream 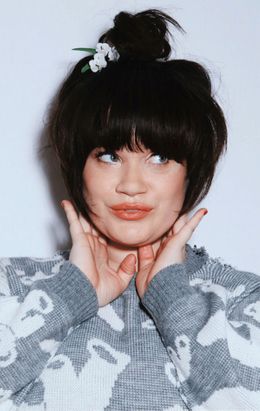