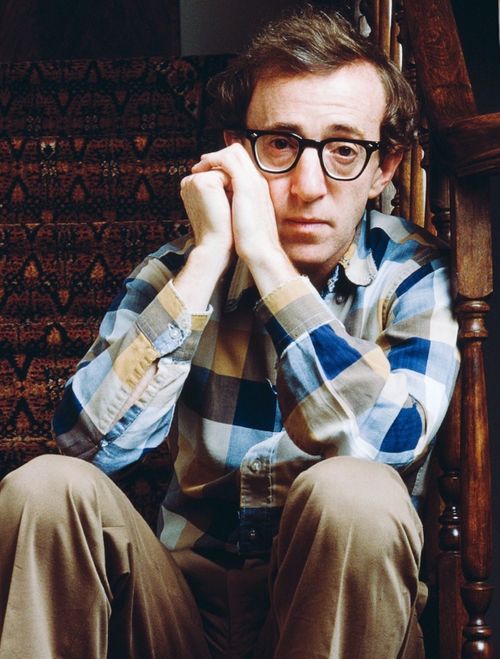 The Asshole That Laid the Golden Eggs (Yes, I'm Talking about Woody Allen)

On the anniversary of the Women's March and in the midst of #MeToo and #TimesUp, I think it's the right moment to declare that I am fucking done giving my time, money, and energy to shitty men. In 2017, I wrote seventy-three posts about badass female filmmakers and I haven't even put a tiny dent in my master list. Even if I spent the rest of my life watching and writing about films by women, I wouldn't make it through everything worthwhile. Knowing this, why would I waste any of my precious free time watching films by rapists and perpetrators of sexual assault?

When a friend sent me Claire Dederer's essay in The Paris Review about how to deal with art made by "monstrous men," I was excited to read it because it focuses on a topic I grapple with on a near daily basis. But then I actually read it and was disappointed by some of the ideas it perpetrated (which is true of many recent essays written about the same topic). My aim here is not to shit all over Dederer's opinion piece, but to use it as a jumping off point for discussing my own ideas, and hopefully, to give readers of this blog a better idea of why I've chosen to focus solely on female-identifying filmmakers (or non-binary folks) and not just women in film.

Like Dederer and many people who love and appreciate cinema, there was a time in my life when I had a love affair with films by gross men. I was in my sophomore year at Allegheny College when I took a class on Ingmar Bergman and Woody Allen. Before that class, I had only seen "Match Point" (2005), a film I felt "whatever" about, but pretended to like because of the dude I was dating at the time. After I watched "The Purple Rose of Cairo" (1985), "Annie Hall" (1977), and "Sweet and Lowdown" (1999), I became a full-blown Allen fan, even though I was aware of the Dylan Farrow molestation accusations.

I wish I could remember how Allen's wrongdoings were discussed in that class, but all I can recall for certain is that my professor's explanation convinced me it was okay to enjoy his films even though he probably is a garbage human.

While rereading some of my old papers, I found this Allen quote from an interview on "Sweet and Lowdown" with Prairie Miller:

"I never felt an artist should have any special privileges, or should be regarded or given any special dispensation, just because they happen to have been born with a talent for drawing or writing poetry, or making films. That's the way that I've felt. But you find in society that the artist does get cut a huge amount of slack. You know, people will say well, he's an artist. Of course they act crazy. Of course they're selfish. I've never believed that. And I don't believe in an Emmet either. I feel that he's a creep and he's obnoxious. But he is a great guitar player, there's no question about it. And that's what makes it interesting to me, that he's both at the same time."

Yes, Emmet is a great guitar player and a douchebag, but no ... it's not that interesting and it certainly isn't excusable. Take Miles Davis (or Django Reinhardt), an IRL Emmet Ray, for instance. I think "Bitches Brew" is a great record and have tried to justify listening to it because Davis, self-admitted abuser and all-around piece of shit, is dead and doesn't financially benefit from my support. If I didn't know about Davis's track record, it would be easy to listen to and enjoy his music. His history of abuse doesn't seep into incredible tracks like "Spanish Key" in the same way that Woody Allen's obsession with younger women seeps into films like "Stardust Memories" (1980).

Although it's easier to separate Davis's art from who he was as a person, I still find it impossible to pick up one of his records without thinking of his first wife, Frances Davis, telling The New York Times, "I actually left running for my life — more than once." I can't shut my brain off and tell it to stop thinking about the things it already knows to be true and I can't enjoy art in a vacuum. I do understand how music created by dead artists becomes a bit of a grey area for some people, though.

Davis doesn't shove his abuse in your face with his art and he's dead, so there are no royalties for him to collect. When the artist is alive, financially benefits, AND shoves his nasty bullshit in your face, I am perplexed at how anyone can justify or stomach it. Allen is guilty of all three of these transgressions.

I've rewatched his most popular films as an adult and I must say, they are creepy and patriarchal as fuck. There are some great female characters (Annie Hall and Helen Sinclair), beautifully directed scenes, and witty pieces of dialogue, but as a whole, they no longer resonate with me and I find them unwatchable.

It doesn't help that over the past forty years, Allen has fixated on hashing out his own personal proclivities ad nauseum on screen. Oh look, another movie where a teenager dates some old dude but there's really no meaningful discussion about the complexities of that type of relationship. Cool.

The most memorable, lauded film from his May-December romance canon is undoubtedly "Manhattan" (1979). In this film, seventeen-year-old Tracy (Mariel Hemingway) and forty-two-year-old Isaac (Allen) are in a weird relationship with grossly uneven power dynamics, but everyone raves about it because it's beautiful and a love letter to New York (blah, blah, blah).

Dederer says this about "Manhattan,"

"Woody Allen’s usual genius is one of self-indictment, and here is his one film where that self-indictment falters, and also he fucks a teenager, and that’s the film that gets called a masterpiece?"

I agree that it's perplexing. Allen, the king of self-deprecating humor and sexual neuroses, treats Isaac's relationship with Tracy as a pretty blasé situation. Isaac isn't sitting up at night, worrying about whether it's super disgusting and manipulative for him to fuck a teenager. Isaac enjoys having Tracy stroke his ego and seems to take comfort in the fact that he views the relationship as a fling, not some great love affair for the ages.

And do you know what's even more fucked up? Allen apparently tried to seduce Mariel Hemingway, who was sixteen years old when the movie filmed. In Hemingway's memoir, "Out Came the Sun," she tells a story about how Allen tried to convince her to come to Paris with him after her eighteenth birthday. When she realized that it wasn't just a platonic invitation and that he didn't intend for her to sleep alone on the trip, she declined. WHY DOESN'T ANYONE TALK ABOUT THIS?!!!!!

Allen makes it impossible for us to separate the art from the artist even if we wanted to. In 2018, there's clearly documented abusive, horrific, inappropriate behavior both in real life and on the silver screen. Just like Isaac's lackadaisical attitude toward Tracy, Allen himself seems to feel pretty "meh" about the serious accusations thrown at him. He's not worrying about whether his behavior in real life deeply fucked up the people involved; he's making movies and profiting from his creepy desires turned fiction.

As a woman and an artist, what can Allen's point of view possibly offer me? I've read several essays where the writer laments over enjoying Allen's films but not wanting to support him because of his despicable actions. What typically follows is some discussion about how the writer won't pay to watch his films but might torrent them or enjoy "Annie Hall" when it plays on TV or something. If that's how you like to rationalize it, I won't disparage you, but let me offer a counter suggestion of how you might deal with Allen and all "monstrous men" who make it impossible to separate the art from the artist:

SPEND YOUR TIME ON SOMETHING BETTER.

Life's too short to watch a movie that reminds you of some shitbag who is accused of molesting his adopted daughter. Especially if you've already seen all of his "good" films. Instead of rewatching "Annie Hall" for the 5th time and lamenting that you can't enjoy it anymore because Allen is a creep, just don't watch it. Seek out a dope film created by someone with a point of view you relate to and respect. There are better things out there made by artists who haven't abused women and you owe it to yourself to spend your time seeking them out and doing what you can to elevate them. Can you imagine dying without ever having seen "Vagabond" by Agnes Varda but having watched "Manhattan" three times? In my mind, there's nothing worse.

The patriarchy is all around us. It creeps into our favorite films, songs, poems, the workplace, relationships, sexual experiences, etc. IT IS PERVASIVE. We might not be able to immediately see the artist's personal bias in the work, but it is there. Even "Annie Hall," a movie I would have stated as one of my favorites not that long ago, is tainted by Allen's male gaze. I don't want that in my life. I want films told about strong women by strong women. I don't want to watch some child molester's idea of a strong woman play out on screen. I don't care how good the cinematography or acting is because I won't touch it these days.

So, how do I reckon with the art of monstrous men? I tell it to fuck off. I don't deny that it may have influenced me, but I attempt to cleanse its stamp with a healthy dose of Lynne Ramsay, Dee Rees, Naomi Kawase, Lucrecia Martel, and all of the female filmmakers that have been ignored by the mainstream media since the medium's inception. I'm no longer interested in dissecting the way that male directors treat female characters. That's been done enough and there will always be critics out there to do it. Instead, I want to focus on women - as creators, artists, innovators, and glass ceiling breakers.

Earlier this weekend, my friend Ali Lynch, owner of Sparkle Lick, described #MeToo as the "ya'll can't hide" movement, which I think is brilliant. In 2018, I'm done making apologies for great artists who are shitty people. Ya'll can't hide behind your achievements and critical acclaim anymore, creepy men. There are no more free passes. I WANT TO SEE YOU ALL TOPPLE AND I WON'T REST UNTIL IT HAPPENS 👊🏿👊🏾👊🏽👊🏼👊🏻👊

"It's Always Been Movies ... Since First We Met So Many Years Ago." 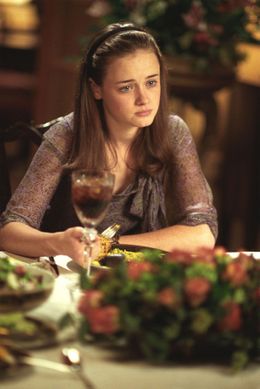 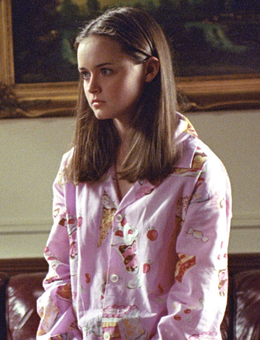