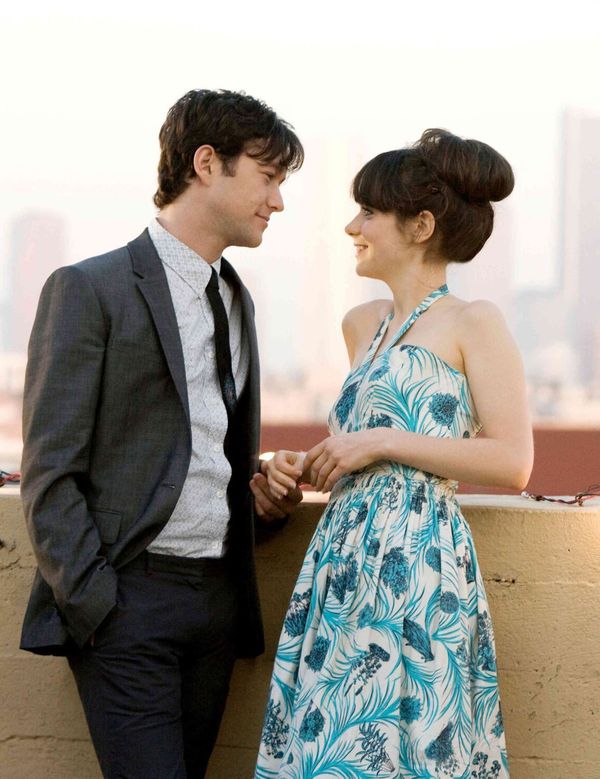 Vibe:
"Romantic Comedy" is a critical essay come to life. Every filmmaker should watch this movie because it's a testament to the fact that you don't need a huge budget to make something fantastic. It's solely comprised of clips from romantic comedies -- there is no original footage. Director Elizabeth Sankey structures the entire thing around her own relationship with romantic comedies over the years and, along with some friends, provides voiceover narration that gives the film plenty of structure and insight. It feels kind of like a bird documentary that you might watch on National Geographic, only the focus is people and relationships, not the brilliance of crows.

This might sound boring, but I promise that it isn't. The insight is solid, the visuals are a fun trip down memory lane, and the soundtrack is bitchin' (c/o Sankey's band, Summer Camp).

Best time to watch:
The obvious perfect time to screen "Romantic Comedy" is after watching a few romantic comedies. I'm actually shocked that it didn't play at the Rom Com Fest in LA last month -- either they didn't submit or someone fucked up.

If I were watching this during a slumber party with my mom, it would play after a childhood favorite double-feature: "10 Things I Hate About You" (1999) and "How to Lose a Guy in 10 Days" (2003). I've honestly watched both of these so many damn times that I can quote most of the dialogue verbatim. I recognize that this is kind of sad, but I'm not ashamed.

Where to watch:
Ugh, idk. Like many of these festival films, it's still making the rounds and doesn't have distribution yet. "Romantic Comedy" does have a Twitter that is pretty active, though! You can follow it here for information about upcoming screenings.

Quick summary:
"Romantic Comedy" charts the past, present, and future of the genre with director Elizabeth Sankey's own personal experience and feelings as a narrative throughline.

Thoughts:
Growing up, I watched more rom coms than I can possibly count. I remember visiting my cousin Nikki when I was in elementary school during her college's "little sibs" weekend. We went to see "She's All That" in theaters and although we found the makeover scene ridiculous, I'm pretty sure we both cried when Laney Boggs walked down the steps to "Kiss Me."

When I was in high school, my mom and I watched "27 dresses" every single time it was available on TV (which in Western PA, was more often than not). It's the best Katherine Heigl movie and anyone who says otherwise has been sniffing glue. The drunken rendition of "Bennie and the Jets" gets me every fucking time. She's got electric boobs?! Classic.

Even as an adult, I still love these movies and have a special fondness for their idiocy. I wish I could remember when my feelings shifted from "awww" to "wow, this is monumentally dumb, but I can't stop watching." It was probably around the time I started reading feminist theory and immersing myself in Varda and other fucked up weirdos who felt more akin to my spirit than the ideal woman, usually written into existence by a man. While it's tempting to trash these movies and write them off as sentimental garbage, doing so would be an oversimplification because despite my current evolved status, I still find them appealing. What's up with that?

Sankey comes from a similar place and uses this documentary as a way to organize her thoughts about what exactly makes romantic comedies both appealing and problematic. I first saw this movie at SXSW and a few months after watching, honestly couldn't remember a) why it worked so well or b) how it was organized. It's a film comprised solely of clips that features commentary from people who are never properly introduced. If someone described it to me, I would be highly skeptical of its quality. When I saw it again last weekend at the Nevertheless Film Festival, I paid closer attention in hopes of better articulating my admiration.

In a post-screening Q&A in Austin, someone asked Sankey why she never introduced the film's commentators. She replied (and I'm loosely paraphrasing) that the film was made on a shoestring budget and it wasn't feasible to shoot traditional talking head interviews. This decision works in her favor because it allows the viewer to live in an uninterrupted rom com world for the duration of the movie. We are bombarded with images of people kissing, running after each other in the rain, and declaring their undying love. Imagine these beautifully edited scenes interrupted by boring shots of normal people, who are tasked with dissecting their issues. It wouldn't have worked nearly as well as the unobtrusive voiceover commentary.

The film is loosely structured around Sankey's own relationship with romantic comedies and the way that it's changed over the years. Along the way, we're given a brief history of the genre and an overview of some common tropes, like the clumsy career woman, the two people who hate each other but fall in love anyway, and the woman who is "so cool" because she likes every stereotypical thing that men like (beer, eating steak, sports). It would be easy for this criticism to veer into deeply negative territory, but Sankey reminds us that despite all of the bullshit, it's nice to watch two people fall in love.