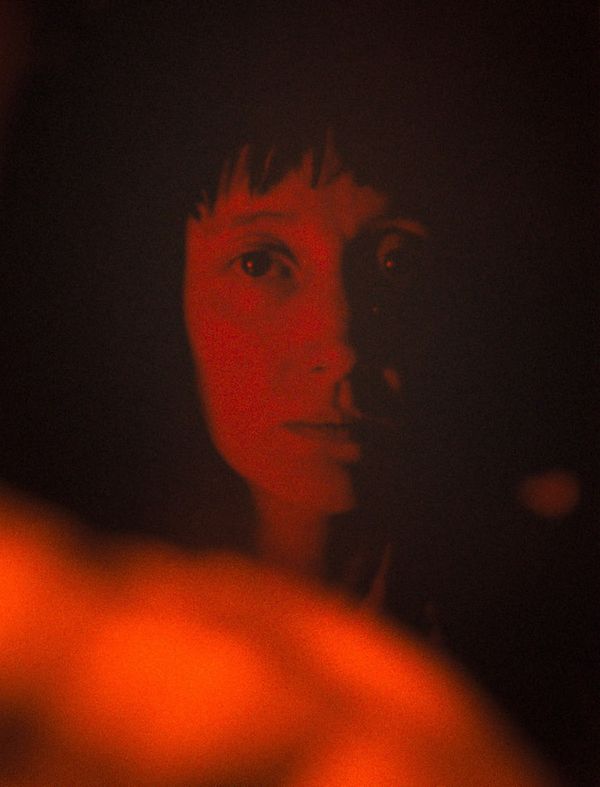 Vibe:
"Nancy" is not as bleak as I anticipated. I avoided it for a long time because I fully expected to walk away devastated, but instead was only mildly crushed. It's immediately obvious that Nancy (Andrea Riseborough) is a compulsive liar but not exactly a grifter; she deceives people for attention and connection, not money.

This is a heavy movie that will make you think about identity and relationships. The only light moment for me was finding out that Nancy's cat is named "Paul."

Best time to watch:
I watched it one morning before work, which I want to make a routine part of my life. There's something comforting, especially in the winter, about settling in with a cup of coffee and getting invested in a good movie before a day spent looking at spreadsheets. The worst part of becoming an adult is the lack of free time. Obligations pile up, weariness sets in, and suddenly, you wake up and realize that you haven't watched a movie or read a book in weeks. Life is hard and we should all try to make more time for the activities we truly enjoy. Watch this movie whenever you have an extra 90 minutes.

I didn't love Panos Cosmatos' "Mandy" like most other critics, but it's worth watching and would screen well with this film.

Where to watch:
"Nancy" is streaming free on Amazon Prime.

Quick summary:
Nancy is a lonely woman who lives with her ailing mother (Ann Dowd) and works temp jobs to support herself. She's a compulsive liar, but with seemingly vanilla intentions. It's obvious that she craves connection, something her mother withholds and her cat, Paul, can only marginally provide. When she sees the picture of a little girl on the news who has been missing for thirty years, she convinces herself that it could be her and approaches the family; a quest for identity ensues.

Thoughts:
As a teenager, I spent a lot of time thinking about what my life would be like if I came from another family. I love my parents but they're very different from me and we often have a difficult time relating to one another. They never understood my passions and while they were never actively discouraging, they weren't exactly supportive, either. Even now, I think they would be happier to find out that I was pregnant than they would be to hear that I won a Pulitzer Prize. If they don't agree with my choices, they struggle to feign interest.

When I was in 9th grade, my high school's spring musical was West Side Story, one of my favorites. I was going to audition until I mentioned it to my mom, and she asked, with raised eyebrows, "Who ever told you that you could sing?" Harsh as fuck. She thought those comments didn't affect me, but they did. I joined the orchestra (keyboard percussion) instead and relegated myself to enjoying the production from the  shady sunken pit in front of the stage. I still had a good time, but it wasn't the same as being up on the stage, a true part of the action.

My parents always say, "It's not as if you care what we think," which I find silly. Of course I care! We all care and long for their approval (at least marginally). If you think I'm wrong, try going to therapy.

In the opening scene of the film, Nancy and her mother, Betty (Ann Dowd) have the following exchange:

Nancy: You got to stop opening my mail, mom.
Betty: How many no's do you need to hear?

Nancy has been submitting her writing to places like the Paris Review and has only received a steady stream of rejection letters in return (we later see a stack of them in her glovebox). Why should they keep her from trying, though? At this point, I don't even need more evidence; it's obvious that Nancy's mom sucks. She's nasty and demanding, doesn't seem to appreciate that Nancy takes care of her, and never shows so much as a shred of affection. All of this cold negativity combined with the bleak, dingy light of winter and tight 4:3 aspect ratio mirror what Nancy must feel inside. Imagine if your home, a supposed safe haven, had this stale, stifling energy.

Although Nancy's fucked up home life doesn't excuse her behavior, it does help us understand why she might lie about trips to North Korea and pregnancy struggles. It's impossible for her to connect with her mother and she doesn't have the social skills to organically approach other people. These lies create something interesting for her to talk about and give her an air of mystery (or sympathy) that attracts attention.

We know that the pregnancy lie is based on some kind of reality. In passing, her mom says, "You can still have a baby if you want to. It's not too late." After Jeb (John Leguizamo) finds out she's not pregnant, she tells him that she only lied about the timeline, not the actual events. Nancy is clearly working through past trauma in an unhealthy way. Choe subtly lays the groundwork for her mental state and makes her into a sympathetic character sans gross manipulation. Nancy's actions are shitty, but it's not like they're constructed to scam or hurt other people.

After her mom dies in her sleep (a stroke), Nancy's life gets even smaller. Even though Betty was an abusive asshole who treated her daughter like garbage, she was still a blood relation, a tie to personal history and identity; without her, Nancy has no one. She's stuck in a depressing town where everything is the color of dirty dishwater. Publications aren't interested in her writing. Paul is the only living creature who cares about her existence, and let's be honest ... he wouldn't if he had opposable thumbs.

It's no surprise that Nancy perks up during a news segment about a family who is still looking for Brooke, their missing daughter, thirty years later. As an age progression photo flashes across the screen, the rest of the movie's trajectory unfolds.

Nancy either truly believes or desperately wants to believe that she is this missing girl. She calls Ellen (J. Smith-Cameron), Brooke's mom, who is skeptical at first but softens after Nancy texts her a photo. Through tears, Ellen extends an invitation to come visit and Nancy wastes no time getting the fuck out of her massively depressing house. She packs an overnight bag, ushers Paul into his cat carrier, and opens the front door. As the camera pans the house, from Betty's urn, to a lamp without a shade, to massive piles of National Geographic magazines, the aspect ratio widens slightly to 16:9. I barely noticed it when it happened, but it became immediately obvious as soon as Nancy stepped outside.

Imagine how much sunnier everything would look if suddenly, all of the shitty, nonsensical parts of your life made sense. Maybe your mom never understood you or loved you in that way that you wanted because she wasn't actually your mom. Your real mom is nothing like the cold, controlling woman who is now sitting in an urn, reduced to ashes. She's a professor of comparative literature, serves wine with lunch (in a fancy way, not like an alcoholic), and is kind and gentle. She tries to connect with you, to get to know you. She reads and praises your writing, offering to pass it along to some New York editors that she knows. How might all of this new information change your life?

If someone swooped in and gave me an easy excuse for all of my negative traits and ill-fated misfortunes, would it change anything? If my parents told me I was adopted, it might call some things into question (like why the fuck they lied to me my whole life) but who I am right now, at my core, is me forever. No amount of therapy or additional insight is going to erase the damage I've collected over the years.

It's interesting to see Nancy grapple with these questions as she gets to know Ellen and Leo (Steve Buscemi), the people she thinks could be her real parents. When she set off to drive to their house, anything felt possible (remember that aspect ratio change) but as more time passes, things don't quite fit together neatly like she might have hoped they would. It's heartbreaking but realistic. In life, there are never any magic solutions. Sometimes things suck and are unfixable, unexplainable. A daughter goes missing for thirty years and never reappears. A mother dies without ever expressing love for her child. "The past is never dead. It's not even past."

Other people might come into our lives and change them for the better, but they won't absolve the hurt that's accumulated over an entire lifetime. Expecting them to do this would be unfair. By the end of the film, Nancy seems to realize this as she walks out of Leo and Ellen's house and into the cold winter night.