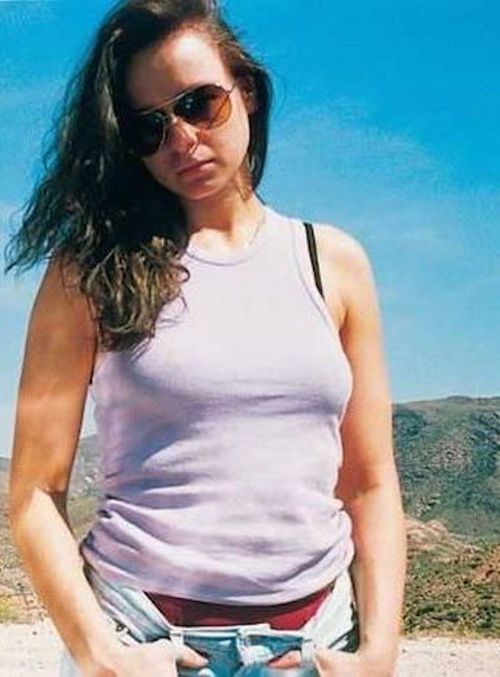 Vibe:
Bleak, but not depressing. Lynne Ramsay is one of those directors that somehow always manages to find beauty where it doesn't seem to exist. Each frame of this film is gorgeously composed with a level of detail that is all too rare. 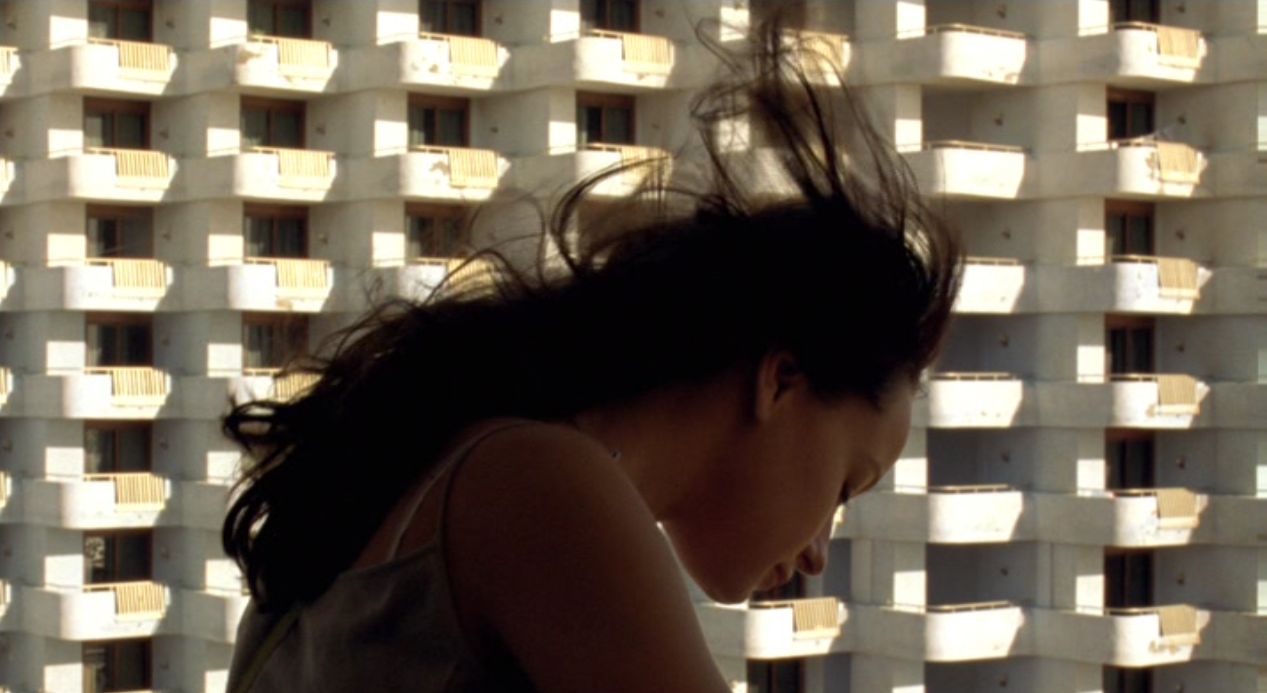 There are so many beautiful stills to choose from, it's legit ridiculous.

Ramsay's background in photography/cinematography definitely shows in her work as a director and makes her signature style immediately recognizable. I'd also be remiss not to mention her DP, Alwin Küchler. They worked together on two shorts, "Small Deaths" and "Gasman," and Ramsay's first feature-length film, "Ratcatcher."

When discussing the visual style of the film with IndieWire, this is what Ramsay says:

[Morvern] is half a real character for me and then half ... there’s something quite surreal about her. It’s quite a leap in the imagination to go with her. She buries her boyfriend and all that. I thought “I’m not shooting this in a real way. It’s ridiculous to shoot it in a real way.” You know, because I wouldn’t even believe it. So I would go with a kind of dreaminess for Morvern, and she’s kind of a more iconic and symbolic character.

Watching "Morvern Callar" is like experiencing someone else's drug trip or fever dream with only limited insight into their perspective. Samantha Morton's face somehow reveals everything and nothing at the same time. 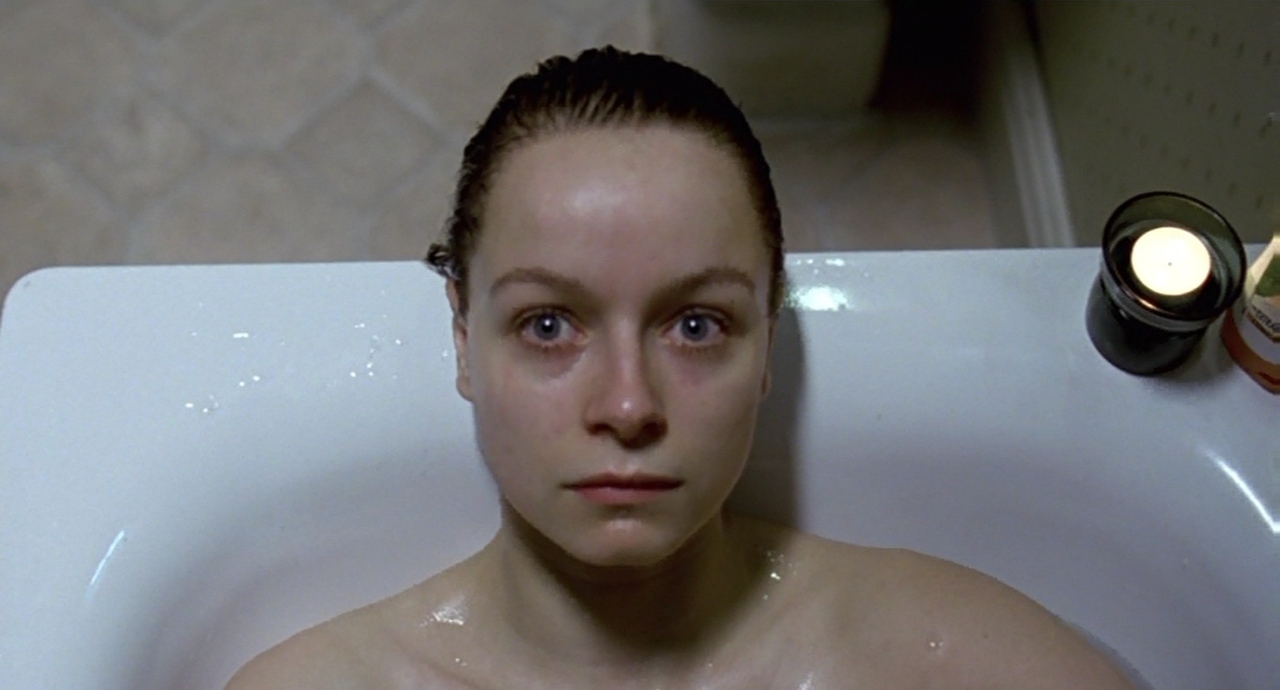 Best time to watch:
On a cold, black winter night after a v stressful week of work. Prop your laptop on the toilet, roll a joint, and watch "Morvern Callar" from a hot bubble bath. It won't make you feel better in the same way a Nancy Meyers movie might, but it will make you think about something other than your mountain of unanswered emails. Shut off the obnoxious part of your brain and listen to Morvern's dead partner's mixtape. Did he love her? Does it matter?

Worst time to watch:
When you don't have the patience for something slow. I could see a certain type of person complaining that the plot of this movie drags. Or that there really isn't even a plot, which is pretty accurate. It's not married to any particular genre and doesn't exist to answer any of your questions. There's not a ton of dialogue. The first forty-five minutes are shot somewhere in Scotland (Glasgow, I think) and the color palette is dark and muddy ... like your grandma's basement that hasn't seen light or a human visitor in decades. Everything feels kind of dingy and when it's not dark, tinged with sickly flourescence. 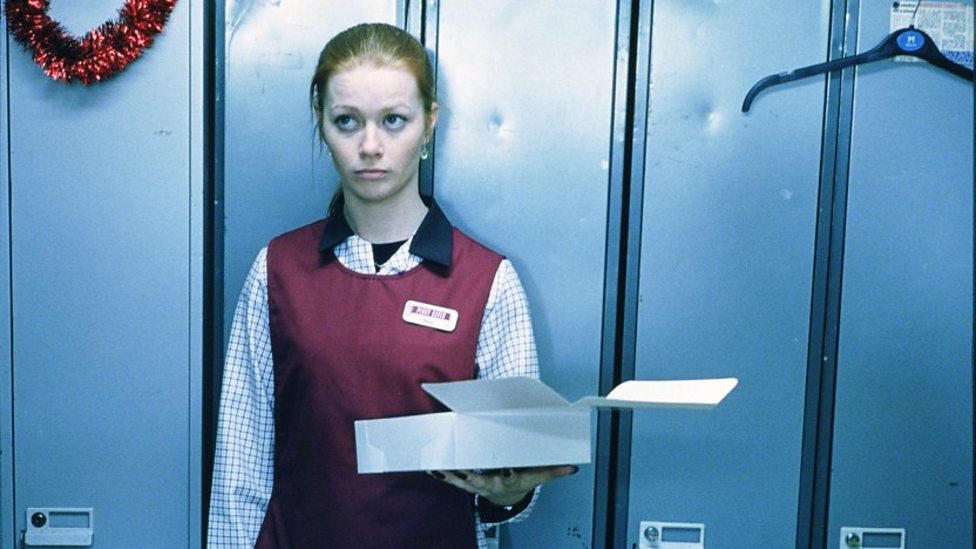 If you want a beautiful, wanderlust-y movie to help you escape the drudgery of life, this probably isn't it (although the second half of the movie is shot in Spain and is more traditionally picturesque). If you want a weird movie that you'll think about for days to come, thus distracting you from the stress of your job and adult responsibilites, this is the movie for you. Tread lightly.

Where to watch:
Do you have an Amazon Prime membership? Then it's your lucky day! You can watch this movie fo' free 🙌🏻.

Quick summary:
Morvern Callar wakes up on Christmas morning to discover that her partner* has killed himself and left her with a small pile of Christmas gifts, a letter, and money in the bank for a funeral. Over the course of the movie, Movern processes her grief and deals with it on her own terms. The film is based on a book with the same title by Alan Warner.

*I say partner because I'm not sure if he was her boyfriend, husband, or fiancé - she does wear a ring on her wedding finger that we deliberately see in close-up.

Thoughts:
Whenever I was younger, I used to think it unfathomable that someone would commit suicide. I remember being somewhere around eight-years-old, lying in bed, and realizing for the first time that when people die, they actually cease to exist. That some day, I would die and it wouldn't be sad for me because dead people don't have feelings. I found this information horrifying and it sent me into a panic. I couldn't imagine not being alive to see and experience new things. The world seemed so big, magical, and exciting. My kid life was whatever, but oh, man ... when I was older (like twenty-one!) I was going to do so many cool things.

Now that I am older and have experienced life a little bit, I can definitively say that it's not as exciting as I thought it would be. As an adult, it's hard to find time to do things you love. It's easy to let money (motherfucking student loans!) dictate all decisions and throw you into an existence you never imagined for yourself. As someone who struggles with depression, I can also say that I've woken up and felt like, "what's the point?" on more occasions than I can count. I've never been suicidal, but I don't find suicide as shocking as I once did. It makes sense to me now. Life is hard, even for people who seem to have it all.

I think Morvern understands, too. It's hard to tell exactly how she feels about James's death, but my guess is that she's initially too numb and depressed (either because of his death or because of her own life) to think much about it at all. In the first four minutes of the film, she lies next to him, carressing his hair and neck in close up. It's not until we see the dried blood on his wrists that we realize he's dead and not just sleeping. We never see his face. 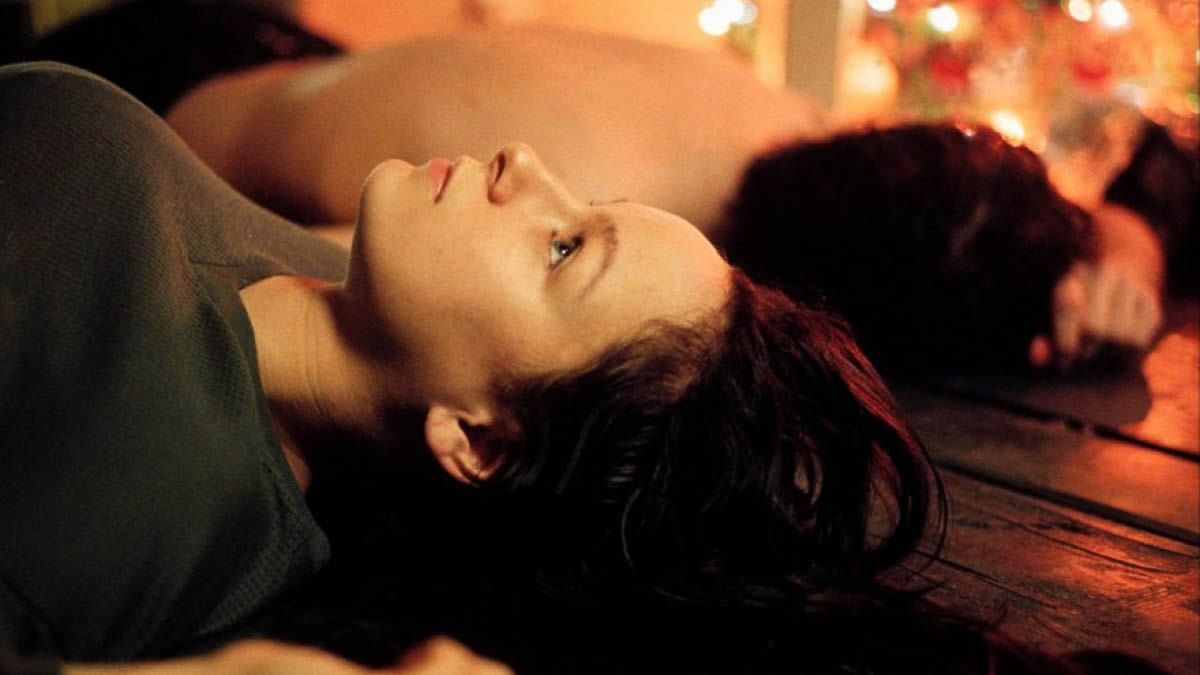 We don't know why Morvern decides not to call the police. She grabs some coins and walks down to the bank of payphones, but ends up talking to a stranger who calls, looking for someone at the station. Movern reassures the person on the other end of the line, telling them, "Oh, don't worry. I'm sure she'll be fine." After wishing them a Merry Christmas, she hangs up the phone and walks home. It's almost as if this sentiment, shared with a stranger, has convinced Morvern of her own fineness, as well.

When she gets back to her apartment, she goes through the rest of her night as planned. She opens Christmas presents, takes a bath, parties with Lanna, and avoids returning to the dead body and nonstop blinking Christmas lights at her place. It's not until she re-reads the suicide note and discovers the money in James's bank account that she is compelled to take control of the situation. What I love is that his note seems to inspire her action, but she doesn't really abide by its requests. Here's what the note says:

Don't try to understand, it just felt like the right thing to do.

-My novel is on the disk, print it out and send it to the first publisher on this list, if they will not take it try the next one down.

I wrote it for you.

I left money in the bank for the funeral, the card is in the drawer, you know the code.

Keep the music for yourself.

The first thing she does is pull up his novel, but before printing it out and sending it off to the first publisher on the list, she erases his name on the title page and replaces it with her own. THIS IS THE MOST METAL THING EVER AND I LOVE IT EVEN THOUGH I KNOW IT'S TERRIBLE. 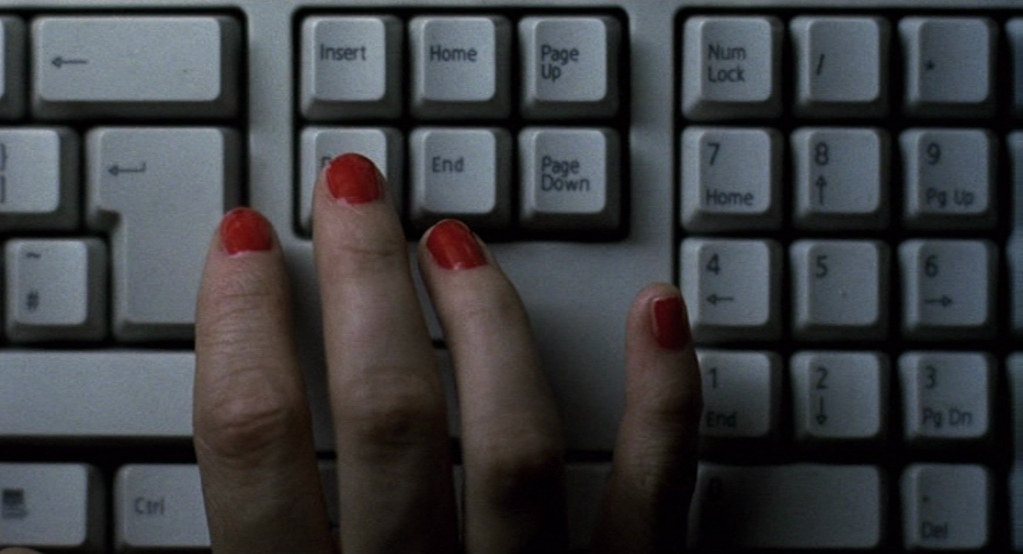 Next, she cleans up his blood with some kitchen rags and a roll of toilet paper and douses the apartment with room freshener. After she stops at the ATM and realizes there's a significant amount of cash in the account (£3,839), she invites Lanna on an all-expenses-paid holiday. When she gets back to her apartment, she strips to her underwear, tapes the Walkman to her side, and listens to The Velvet Underground ("I'm Sticking With You") while she cuts up James's body.

At this point, you might be thinking, "Wait ... what?!" When I first saw this movie, I rewatched the bathtub scene multiple times in an attempt to understand what the hell was happening. This scene is absolutely brilliant because it further complicates any opinions we might have had about Morvern's mental state and what her relationship with James was like before his death. What would cause a person to take this course of action? If Morvern was deeply in love with James and hardcore grieving his death, why would she dispose of his body like this? Is Morvern a sociopath? Maybe, maybe not.

We don't know why Morvern does anything and we're barely given enough details to plausibly speculate. Maybe she's pissed at James for dying and actively telling him, "fuck you," by disobeying his wishes and burying him in the crudest way possible. Maybe she's worried that if she reports his death, she'll be obligated to use the money in his bank account for a funeral. Maybe she was in shock for the first few days and by the time it wore off, she felt like it was too late to report his death without arousing suspicion (in "Search Party" fashion). Does the motivation even matter?

In this corpse-cutting scene, we're given a visual representation of Morvern's actions. She's taken a man's death and used it to her advantage. She's picked away at everything he left her and used the suitable pieces to make herself stronger. She won't let him ruin her and she'll toss away the bits of him that might.

In the second half of the film, everything's coming up Morvern. She goes to Spain with Lanna, convinces a publisher to buy her book, and receives the check that she was promised. 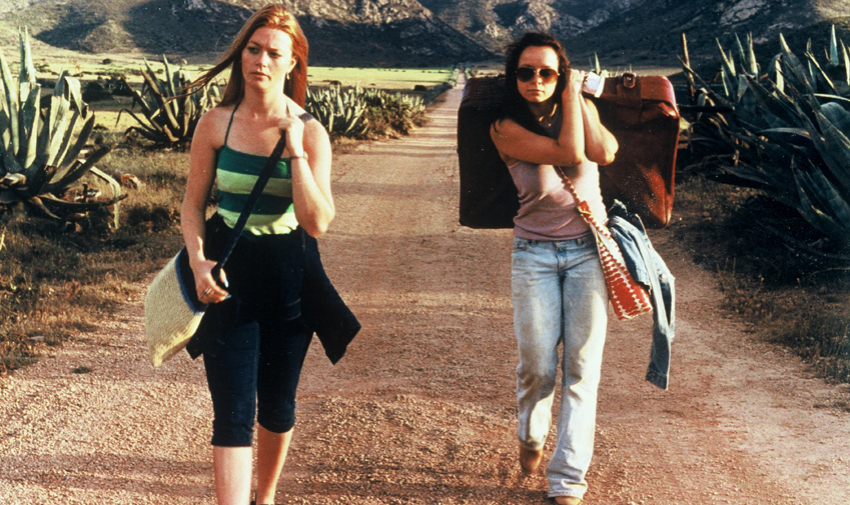 But then she goes to meet Lanna at the bar (with a suitcase of James's albums) and everything comes crashing down again. Morvern tells Lanna that she wants to go away and asks her to join. Lanna tells her, "There's nothing wrong with here, Morven. It's just the same crap everywhere, so stop dreaming." Morvern says she needs to use the restroom, but walks out of the bar and sits on a bench at the train station. After a fade to black, we see her in a club with flashing lights, listening to The Mamas and the Papas via the mixtape James made while everyone else rages around her.

Life is brutal. People live and die, make you really happy and desperately sad. Emotions are hard to control and true connection is rare. Morvern's sorrow is deep and it's going to take a lot more than a trip to Spain and a check from a publisher to help her get over whatever it is that she's dealing with.

"Morvern Callar" feels alive to me. It's not just a movie. It's an experience and a bundle of emotions that completely transcends time, space, and characters on screen. 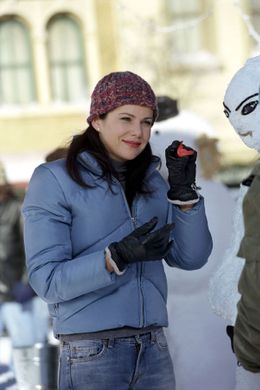 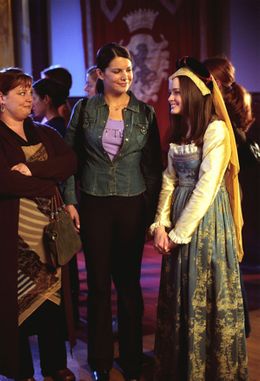