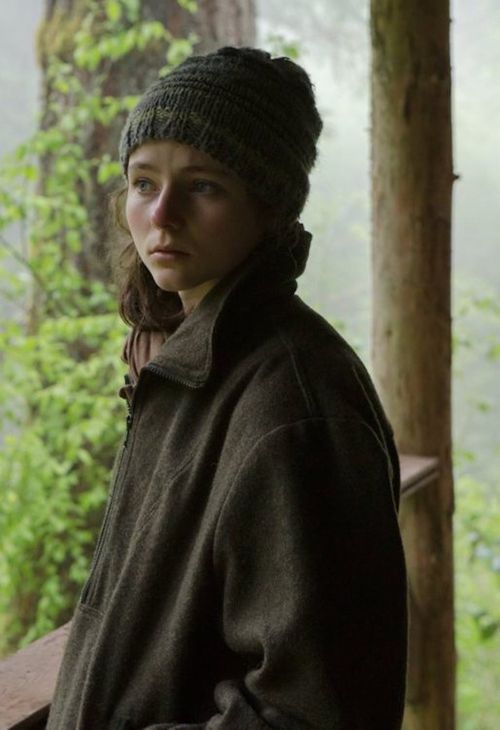 Vibe:
"Leave No Trace" is beautiful, but melancholy in a way that makes my heart hurt. Each frame is lush and verdant thanks to the breathtaking majesty of the Pacific Northwest. After watching, I couldn't remember my rationale for spending most days inside, staring at a computer screen. Why do I do this to myself? So I can make money to buy more things I don't need? Life is pointless.

Best time to watch:
This is a good movie to watch if you're in an introspective mood and feel like wallowing in your nihilism. For more people than you think, the human experience is nothing greater than wandering around in pain until inevitable death. And then after death? The bleak void of nothingness. Knowing this, how the hell can anyone possibly find happiness?

Worst time to watch:
I do not recommend seeing this at the BAMcinemaFest premiere when you have a gnarly summer chest cold and feel like an asshole for coughing through the entire 2-hour runtime. I did force myself to do a lot of silent gagging, so hopefully I didn't disturb too many people.

Where to watch:
This movie is playing in select theaters now. Check out the film's official website for more information on screenings.

Quick summary:
Tom (Thomasin McKenzie) and her dad, Will (Ben Foster), live illegally in a nature reserve outside of Portland, Oregon. They both seem happy and healthy, at home in nature and almost entirely self-sufficient, until one day, a man spots Tom and calls the cops. The rest of the film details their struggle as Tom and Will are ripped from their home and forced to adapt to a new way of life.

Thoughts:
I got hit with a nasty flu this month that turned into a disgusting, lingering cough. I had to go to New York for a few days for work last week when things were still really bad, and I was dreading it. The only thing that got me through a Monday full of meetings was the evening screening of "Leave No Trace" at the BAM Harvey Theater. I had never seen a movie here before but damn, it is lovely (albeit kind of cramped). 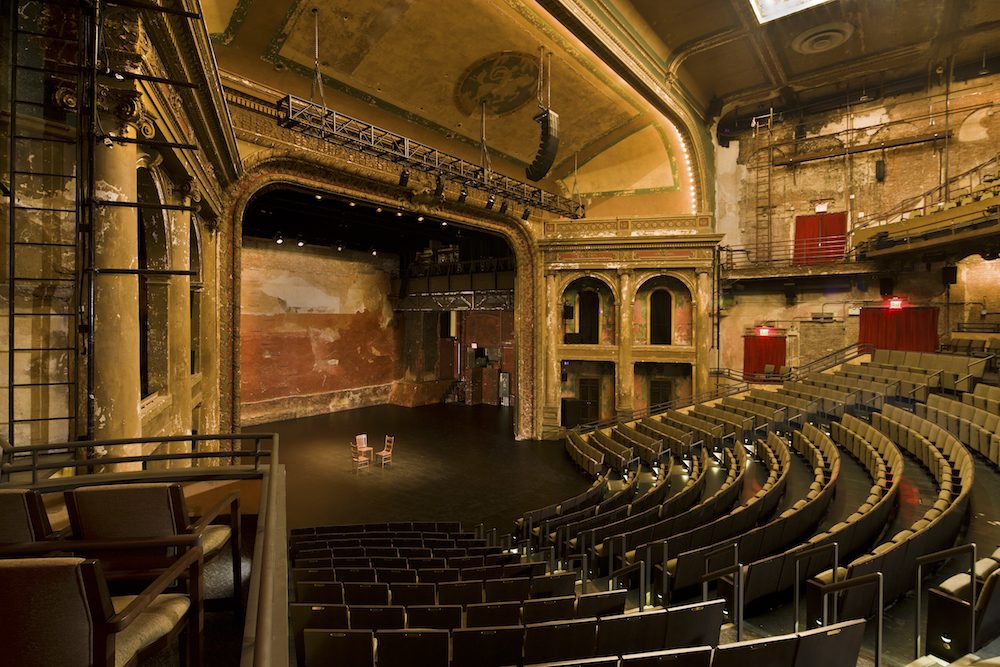 Miss Havisham would approve of this theater's elegant decay.

From the opening scene, it's obvious that Tom and Will have serious wilderness skills. They collect rainwater, forage mushrooms, and reside in an expertly crafted camp. They're respectful of the outdoors, taking care to cover their tracks and leave everything as they've found it. They're not casual campers out for a weekend of s'mores and stargazing; they know the woods so well because it is their home. When necessary, they head into the city for additional supplies, but otherwise live completely off the land.

Granik doesn't spell out many details for us with dialogue. We're never explicitly told that Will is a veteran, suffering from PTSD and living a nomadic lifestyle because he has to in order to survive. Her allusions, mainly in the form of Will's facial expressions and a set of important papers in a ziplock bag, tell us all we need to know. Will is a man in pain and Tom is along for the ride.

Tom finds a seahorse necklace in the woods and it becomes a prized possession.

Although they run drills to practice hiding in case anyone approaches, Will and Tom are unable to disappear quickly enough after someone calls the cops. When they're taken into custody by social workers and questioned separately, Will and Tom's bond becomes even more obvious. Sure, Will probably hasn't given Tom the kind of childhood she deserves, but he loves her fiercely and she returns the sentiment.

After Will and Tom are discovered in the woods, their lives change forever. They try to acclimate to the life that the social workers want for them, but it's no surprise when Will is unable to make the situation work. As Tom is thrust into different environments, with people she's likely never encountered before, she begins to become a bigger part of the story. We see her grow and adapt ... to find joy in the company of other people and sometimes even material objects (her seahorse necklace, the toy horses). While her dad is beholden to the way of life that keeps his pain at bay, Tom is still trying to figure out who she is and what she wants.

As a person who deals with mental health issues (depression, not PTSD), I relate to Will. He loves Tom and doesn't want to leave her, but his illness dictates that he needs to keep moving in order to survive. It's sad and horrible and goddamit, I wish he was able to find peace and true happiness, but the truth is that some people are simply incapable. Tom and Will both realize this, but their awareness doesn't make it any easier; it never does.

In typical fashion, I hadn't read any reviews before walking into this screening. I knew Debra Granik from her two previous narrative films, "Down to the Bone" and "Winter's Bone." (She also has a documentary called "Stray Dog" from 2014 that I still haven't seen.) I remember enjoying "Winter's Bone" at the time, mainly for the performances, but feeling kind of bored with the pacing and screenplay. Based on her past work, I wasn't sure what to expect with this new film. 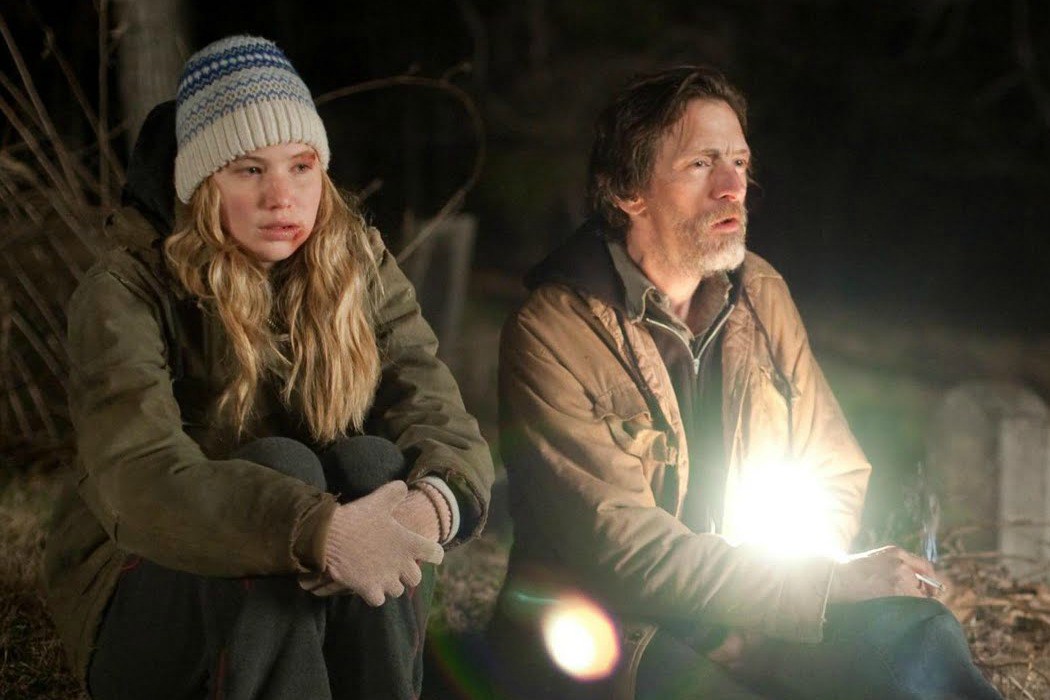 Winter's Bone is also about a father-daughter relationship (or lack thereof).

I can't stress enough how immersed I was in this story, adapted by Granik and her longtime collaborator Anne Rosellini from Peter Rock's novel, "My Abandonment." The pacing is perfect and while I tend to believe that 2 hours is too long for most films, this one never dragged. Foster and McKenzie give performances of a lifetime, incredibly nuanced and patient, certainly Oscar-worthy based on everything else I've seen this year. If this film is playing near you, go see it immediately. If there's any justice in the world, it's certainly one you'll be hearing about come awards season. 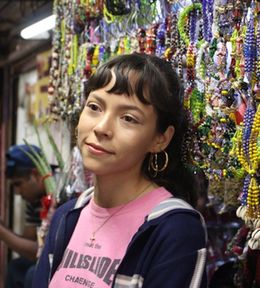 'The Bold Type' Is Light & Fun but Not Stupid 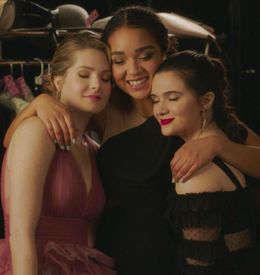