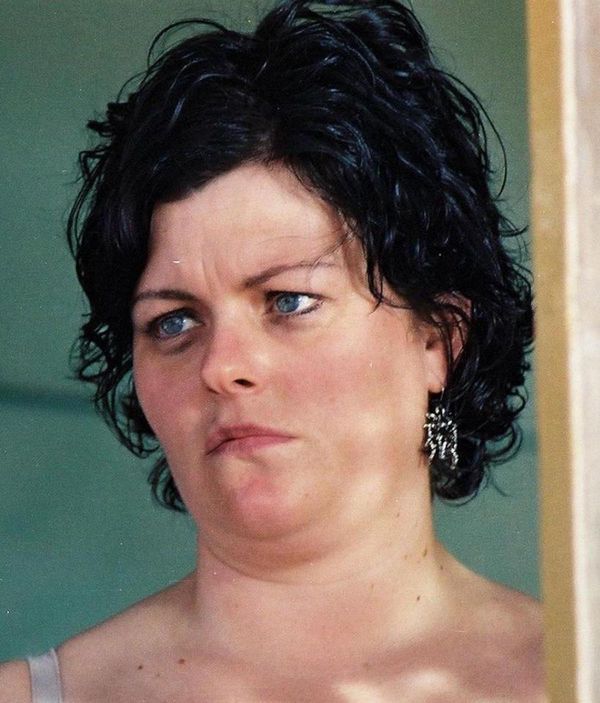 Best time to watch:
When you're feeling pissed off about your own shitty family and need something to remind you that things aren't as bad as you think they are

Worst time to watch:
When you're not in the mood for a healthy dose of second-hand embarrassment

Why you should watch:
Jane Campion is a living legend and one of the best female filmmakers to grace this planet. "Sweetie" will fuck you up in a good way and will make you think about communication and familial relationships differently.

Where to watch:
Filmstruck. $11/month gets you a shit ton of Criterion collection films and is worth every penny. They also offer a 14-day free trial.

Quick summary:
Amazon describes this movie as such: "An Australian factory worker with a fear of trees has a plump sister who always wears black." Um... wtf, Amazon? This is a movie about two sisters who have never properly addressed their strained relationship with each other or their toxic family. It is Jane Campion's first feature-length film.

Thoughts:
"Sweetie" is a difficult film to watch. Campion's protagonist, Kay, is not initially (or possibly ever) likable. She works a boring, pink-collar job and lives a rudimentary, slightly depressing life. We don't know what she's interested in or passionate about; the only thing we can be certain of is is that Kay is certain about nothing.

Throughout the entirety of the film, even during her seduction of Lou, Kay is detached and desultory. She reveals little to no emotion concerning the people or events in her life. Instead of showing us close-ups of her face as a way of conveying emotion, Campion instead gives us shots of Kay's feet and hands - circling a teacup, walking between the cracks in the sidewalk, playing with her shoes on the carpet. Because we don't see much of her face or hear her expressing emotions, she feels disconnected... like a bunch of shattered pieces that will never come together to form a comprehensive picture.

Even though it's clear that something is happening internally when Lou wants to plant a tree commemorating their anniversary, Kay never reveals her true emotions to him. She says,

"What about the roots, Lou? They spread in under the house. That kind of damage costs a fortune!"

The threat of root damage is not enough to keep someone like Kay up in bed at night, to force her to walk outside in her pajamas, rip the tree out of the ground, and hide it under her bed. I think the lame excuse she gives Lou stems from her own lack of understanding about her true feelings. During the opening credits voiceover, Kay says,

"We had a tree in our yard, with a palace in the branches. It was built for my sister, and it had fairy lights that went on and off in a sequence. She was the princess. It was her tree; she wouldn't let me up it. At night, the darkness frightens me. Someone could be watching from behind them. Someone who wishes you harm. I used to imagine the roots of that tree, crawling, crawling right under the house. Right under my bed. Maybe that's why trees scare me. It's like they have hidden powers."

It's not so much that trees have hidden powers, but that Sweetie, Kay's sister, has hidden powers. Much like a tree, she is able to embed her root-like tentacles into Kay's life. She can watch, crawl, and sneak her way back in whenever she chooses.

Even as an adult, Kay has not come to terms with her feelings about Sweetie. She hasn't admitted that she's scared of her sister, not a tree. While her adult explanation is slightly more rational-sounding than her childhood fear, they both stem from the same base-level anxiety about Sweetie that always seems to be lurking right underneath the surface.

Even though Sweetie doesn't appear until the 26 minute mark, her presence and power was there from the very beginning. Before we even meet her, we can feel the hold that she has over Kay. And although Kay is the protagonist of this film, Sweetie is the title character. As minutes tick by, her absence becomes more prominent and much like Kay, we are anticipating Sweetie at every turn.

While this film is certainly about the relationship between Kay and Sweetie, I would argue that its main focus is actually on the inability to adequately express emotions. Kay will knock Sweetie onto the ground and rip out her hair, but she won't tell her that she has a problem and needs to get help. Gordon (their father) allows himself to be manipulated by Sweetie at every turn. Even when he finally realizes that she's out of control and that they can't take her with them to visit her mother, he doesn't deal with it by explaining things to Sweetie. Instead, he tricks her into leaving the car to answer a "phone call" from Bob and then peels out of the driveway. Flo (their mother) prepares some dinners for Gordon and then leaves him indefinitely. Words are not used properly in this family; communication is passé.

The saddest aspect of it all is that Sweetie bears a brunt of the blame for everyone's problems. Whether she likes to admit it to herself or not, Kay obviously blames Sweetie for crawling into her life and choking her development. But it's not Sweetie's fault. Flo and Gordon are the root cause of the issues, the ones who chose to give in to Sweetie's whims. The ones who weren't proper parents... who didn't give either of their daughters the tools to express themselves in meaningful ways. While Sweetie is the most obviously fucked up of the two sisters, Kay has just as many problems and isn't dealing with them any better than Sweetie is.

On the surface, this seems like a film about two sisters: one who is straight-laced and boring, and one who is wild and flamboyant. But really, it's a film about people who are broken and who deal with that brokenness in the best ways they know how. It's a film about people who can't cope with their emotions... who don't know how to let each other in and will likely never figure it out. Sweetie might seem like the root cause of all of their issues, but in reality, she's just a scapegoat and no more damaged than anyone else we encounter throughout the entirety of this film.

Jane Campion has always been one of my favorite directors and it is a true joy for me to go back and re-watch her work. She has one of the most unique voices in cinema and it's truly incredible to me that she was able to make "Sweetie," a film about a bunch of terrible people set in the heinously ugly 1990s, so beautiful and poignant.

If you're not familiar with her work, I would recommend starting from the beginning and ending with Top of the Lake, her phenomenal tv series that is eventually coming out with a second season.