Directing and writing credits:
Directed by Robert Berlinger, written by Amy Sherman-Palladino. This is Berlinger's first episode of "Gilmore Girls," and he'll go on to direct two others in Season 6: "Always a Godmother, Never a God" and "Twenty-One is the Loneliest Number." His resume is super extensive and he's worked on many good shows, but here are a few highlights: "The Golden Girls," "The West Wing," and (another Lauren Graham Venture) "Parenthood." If you want to know more about him, here's a feature on him in the Darmouth Alumni Magazine. One interesting tidbit:

There’s a camaraderie with actors that can develop if you don’t let the pressure get to you. It becomes familial. With Lauren Graham, to whom I gave her first job on 3rd Rock then worked with on Gilmore Girls and Parenthood, it’s like ESP. I start to get out of my chair and she says, ‘I’ve got it. I know what you want.’

Sherman-Palladino needs zero discussion at this point. If you're reading what feels like my thousandth recap, you already know plenty about her.

Most batshit crazy outfit:
Sookie wears her stupid muppet sweater again, this time with a weirdly tied scarf that makes her tits look sad, and a frumpy, puke green turtleneck. Sookie is so cute and they could dress her in a way that's funky/fun, but simultaneously flattering. I truly don't understand why their goal every episode is to make her look as shapeless and tacky as possible.

Most irritating Rory or Lorelai moment:
Lorelai really needs to leave Luke alone if she's not interested in dating him. Dragging him out of the diner and forcing him to bid on her basket to save her from Patti's suitors is definitely a new level of pathetic.

And Rory, ugh! She's so fucking clueless about dudes. I hate to defend Dean, but I would be pretty irritated if I were in his position, too. It's obvious that Jess likes Rory and she either doesn't realize it or naively thinks they can be friends without upsetting Dean.

Number of times Rory or Lorelai treat their bff like shit:
None. Lane and Sookie have their own drama going on and Lorelai and Rory aren't really involved.

Best literary or pop culture references:
The beginning of this episode is dense with references, making it immediately obvious that it's penned by ASP. Say what you want about her, but gf has a distinctive writing style.

Lorelai: So I've decided I'm saving myself for William Holden.
Rory: Wow, it's nice out here in left field.
Lorelai: Hey, I'm sorry. "Sunset Boulevard" was on last night, and I don't know ... I've known him for years – "Sabrina", "Stalag 17" – and yet last night something snapped.
Rory: I'll say.
Lorelai: I think it was the monkey scene.
Rory: You know he's dead, don't you?
Lorelai: The monkey?
Rory: William Holden!
Lorelai: Ugh, every great relationship has its obstacles. You'd know that if you weren't dating Andy Hardy.

If you haven't seen "Sunset Boulevard," go watch it immediately. William Holden is hot and Gloria Swanson is epic. 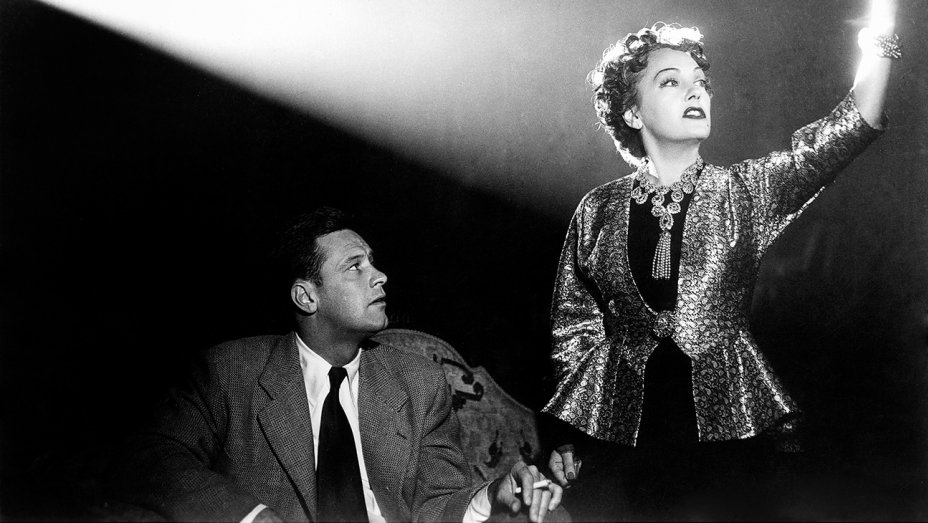 "I still AM BIG. It's the pictures that got small."

Stars Hollow weirdness:
It's 2002 and Stars Hollow still proudly holds a festival where women put together lunch baskets and men bid on them. At least Lorelai is aware that it's antiquated and weird: "Oh, it’s quaint, isn’t it? The women get to make a nice lunch basket, the men get to bid on it, and the world rotates backwards on its axis."

Later, we find out that Kirk has twelve brothers and sisters.

I'm not sure if this is just a strategy for guilt tripping Jackson, or if Kirk comes from a Duggar-esque family. Either way, it feels right.

Sharpest insult or one-liner:
Dean had a few good ones this episode, which is unusual for him.

Not super clever, but said with a really snarky delivery that I can 100% support. And of course, this:

Rory: Please don’t walk away like that.
Dean: Sorry, I’d do a silly walk but I’m not feeling very John Cleese right now.

Books mentioned/books Rory is reading:
Rory urges Jess to read "The Fountainhead" and he convinces her to give "the painful Ernest Hemingway another chance." I want to make fun of Rory for "The Fountainhead," but I was also mildly obsessed with this book in high school and even entered a scholarship essay competition at the Ayn Rand Institute, so I have no room to judge.

After her day of hanging with Jess, Rory comes home and gives Lorelai a copy of "The Children's Hour" by Lillian Hellman. Apparently, she said she wanted to read it after watching "Julia." 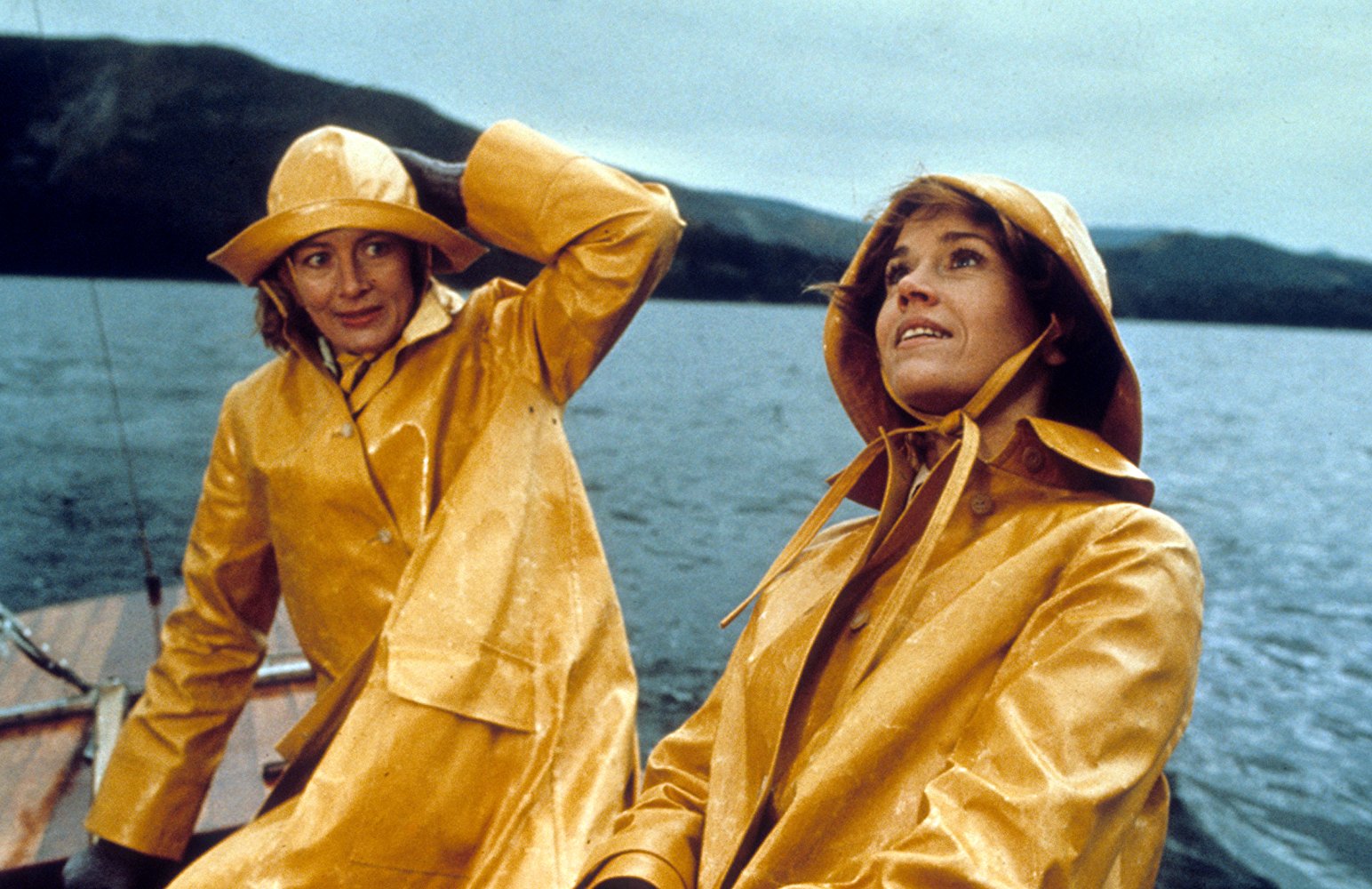 Best song of the episode:
Nothin' but la-las and ba-bas in this episode.

Thoughts:
This is one of my favorite episodes of "Gilmore Girls," even though there are several annoying storylines. Yet again, Lorelai cons Luke into saving her from a bad situation and is less than appreciative when he complies. Since I actually like Luke (in these early seasons, anyway), I sometimes feel crummy about the way Lorelai treats him. She actually forces Luke to bid on her basket and then feigns insult whenever he doesn't want to eat "two stale Pop-Tarts and a Slim Jim" for lunch.

Lorelai: Hey, where are you going?
Luke: I am going to the diner. I am going to get us some edible food and I’m gonna bring it back here for us to eat.
Lorelai: That is so not the point of today. I made this. I am insulted. I will now proceed to pout.
Luke: I'll bring back some brownies.
Lorelai: Ooh, the pouting has left the building. 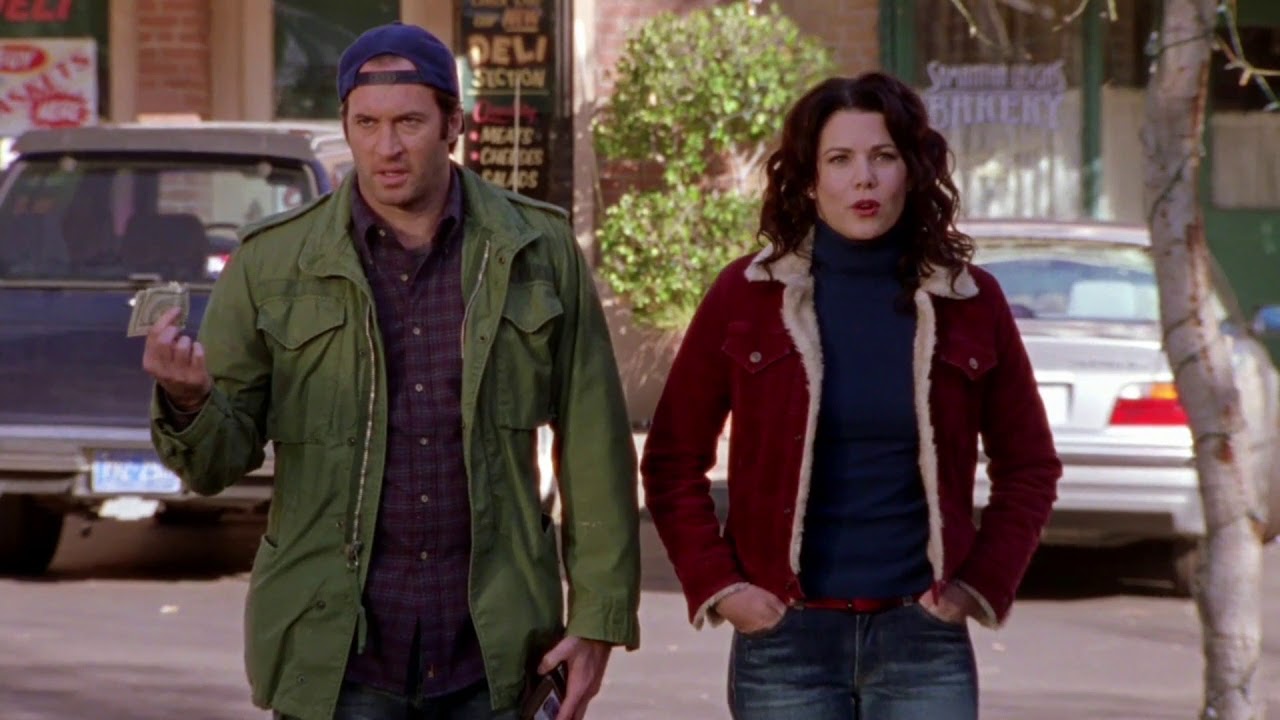 Give the man a break, Lorelai!

My annoyance over Lorelai and Luke is mild compared to the way I feel about Sookie and Jackson. FFS, these two decide to get married even though they suck at open, clear communication. At the beginning of the episode, Jackson vaguely hints that he'd like to move in with Sookie and she totally misses (or pretends to miss) his clues.

Instead of this vague nonsense, Jackson should have said, "Sookie, we're at the point in our relationship where I feel like I'm ready to take the next step, and my lease is up at the end of the month. How do you feel about moving in together?" But this is "Gilmore Girls," so that doesn't happen.

Instead, Jackson neglects to explain his frustration to Sookie and acts like a passive aggressive dick by refusing to bid on her basket at the festival. Later, when he finally does confront her, she initially has a difficult time expressing her feelings.

Sookie: You wanted to move in together?
Jackson: Well, I at least wanted to consider moving in together.
Sookie: Oh, uh, I hadn’t even thought about it.
Jackson: You hadn’t?
Sookie: Well, no.
Jackson: Oh, my mistake then. I thought we were on the same wavelength. We weren’t, no problem, enjoy your lunch.
Sookie: Jackson, I lied. I have thought about it - a lot. Our bathroom’s gonna be pink. I’m sorry.
Jackson: Well, why didn’t you say something?
Sookie: I didn’t want to ruin anything. We’re doing so well, we have so much fun, it’s all working.

These two morons can't even have a frank discussion about moving in together, so of course they decide to get married. I think we're supposed to feel warm and fuzzy about this, but I don't because it's fucking ridiculous. Later, when Jackson lies about his vasectomy and Sookie gets pregnant, I feel vindicated. It makes total sense to me that something like that would happen to a couple that fails so epically at basic communication. 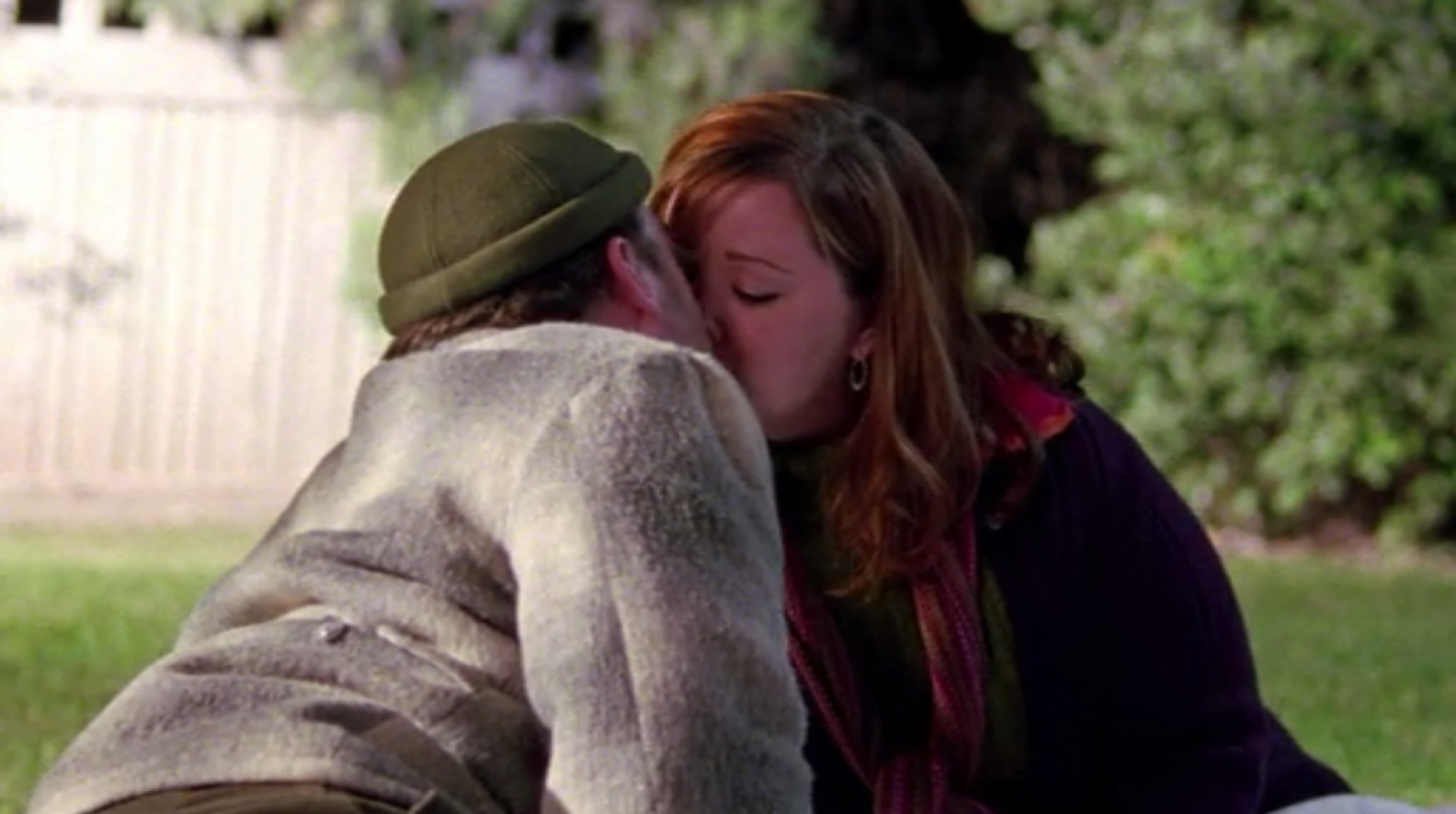 It's all fun and games until you accidentally have a third child because your husband is a liar and didn't actually get a vasectomy.

Whenever Jess outbids Dean for Rory's basket, it's hard not to feel happy. Dean sucks - he's so whiny, needy, and annoying - so my sympathy for him is limited. Rory does treat Dean like dirt and tries to frame the situation in a way that makes him seem unreasonable for not understanding why she needs to follow the rules of the festival and have lunch with Jess. If she were a better person and not such a dumb teenager, she would cut Dean loose immediately or at the very least, tell him she doesn't want to exclusively date anymore because she obviously also has feelings for Jess.

If Dean were a smarter person, he would tell Rory that he knows what's going on with her and Jess and that he won't stand by idly and let her make up dumb excuses to hang out with him. But none of that happens and it all feels very realistic to me. I've been in almost this exact situation before (unfortunately, in Dean's position) and can attest that it's all easier said than done. Dean's desperation and passive aggression isn't attractive, but it's kind of relatable. 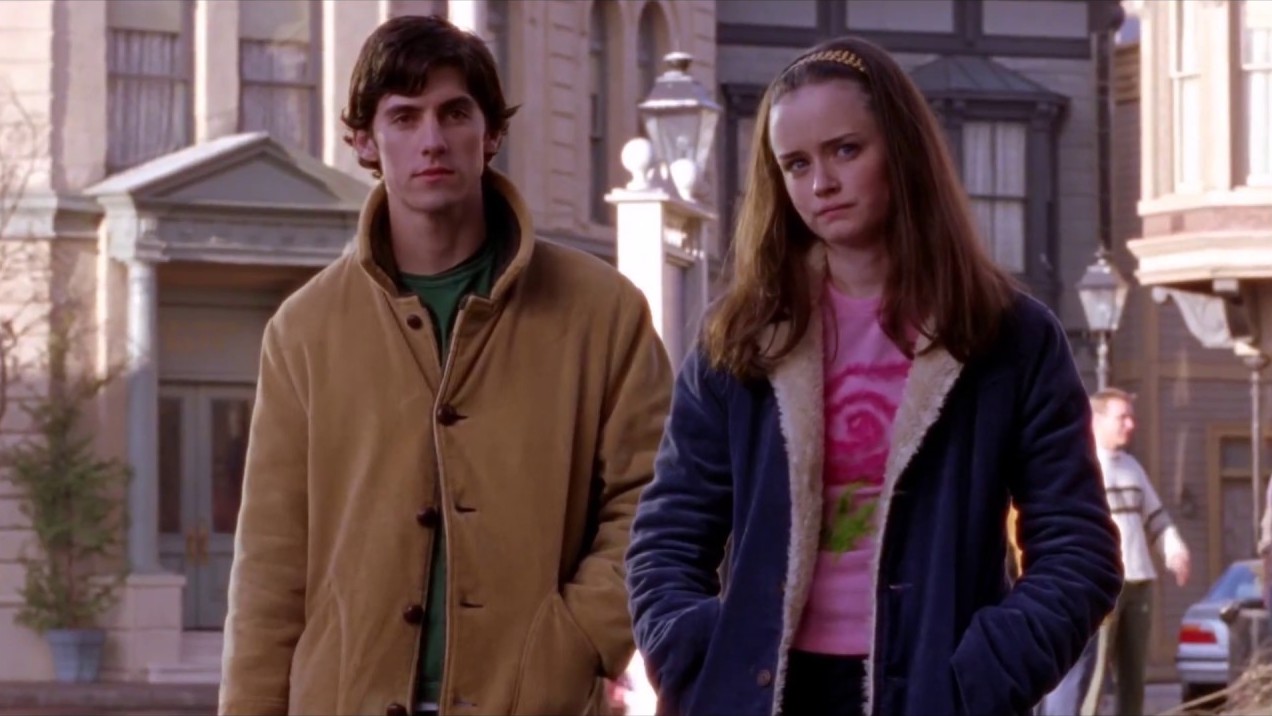 Rory and Jess actually have things in common! Their conversations aren't boring and they seem intellectually matched in a way that even early Dean ("Rosemary's Baby" Dean) wasn't.

The most egregious part of the episode is surprisingly not any of the aforementioned annoyances, but when Lorelai suggests to Rory that she's too dumb to make her own decisions.

Lorelai: People are concerned about you, you know? You’re young and naïve and you think that everyone has some good inside if you give them a chance.
Rory: So you’re saying that Jess is no good?
Lorelai: I’ve known guys like Jess. He seems cool because he’s got this dangerous vibe and this problem with authority and he’s seen a lot of Sylvester Stallone movies.
Rory: Oh my God.
Lorelai: But guys like this get into trouble which, if you hang out with them, gets you into trouble and I don’t want you to get into trouble.

I understand that they're close and Lorelai wants to give some advice, but goddammit ... nothing makes a dude more appealing than disapproval from mom. Lorelai should know this better than anyone, but I guess she thinks Rory is different. Telling Rory she shouldn't hang out with someone pretty much ensures that she is GOING TO HANG OUT WITH THEM. Lorelai's supposed to be the young, cool, hip mom, but scenes like this prove she has no idea what she's doing. If I see her on another "Best TV Moms" Buzzfeed listicle, I'm going to scream because she is totally clueless. 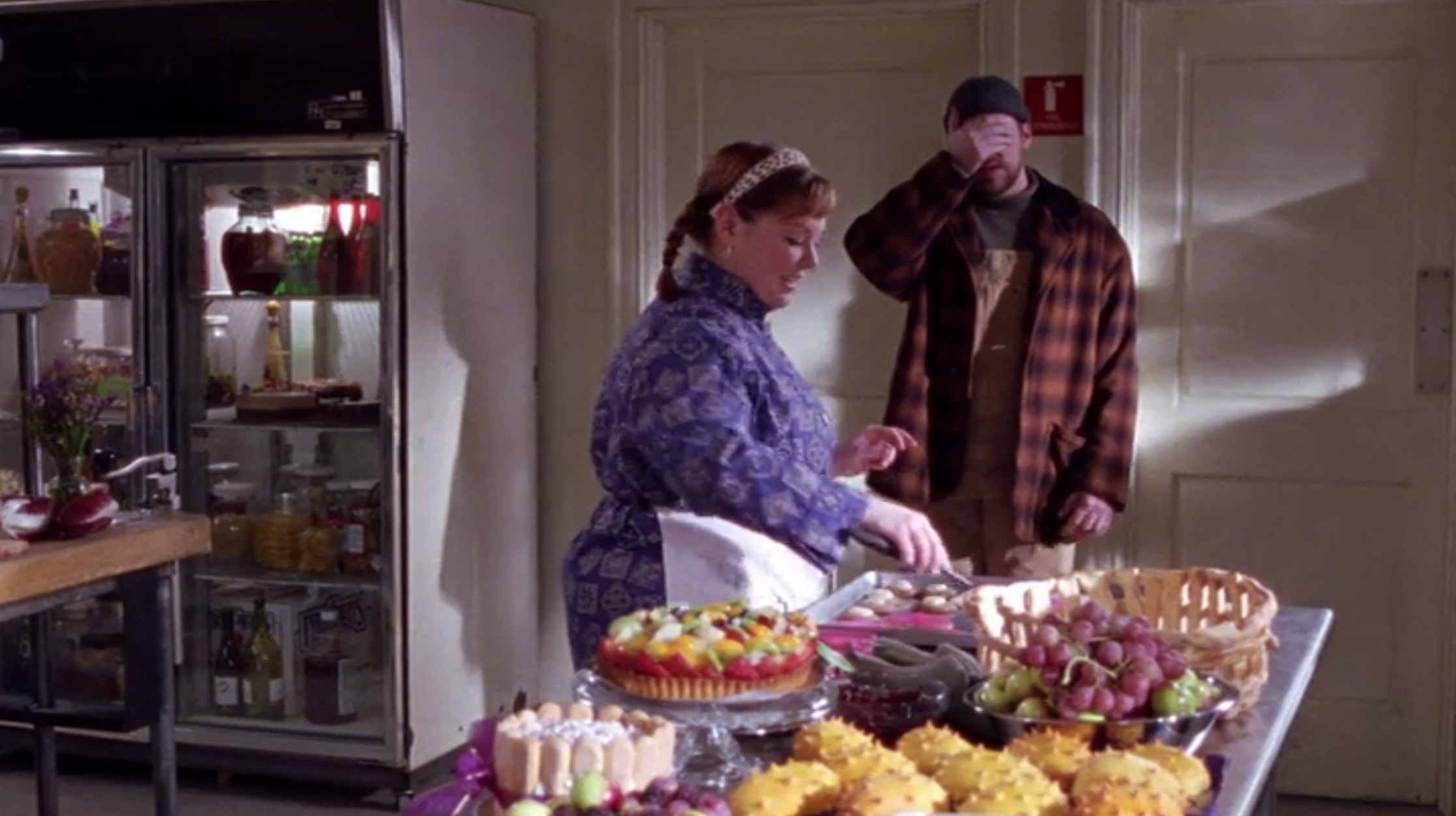 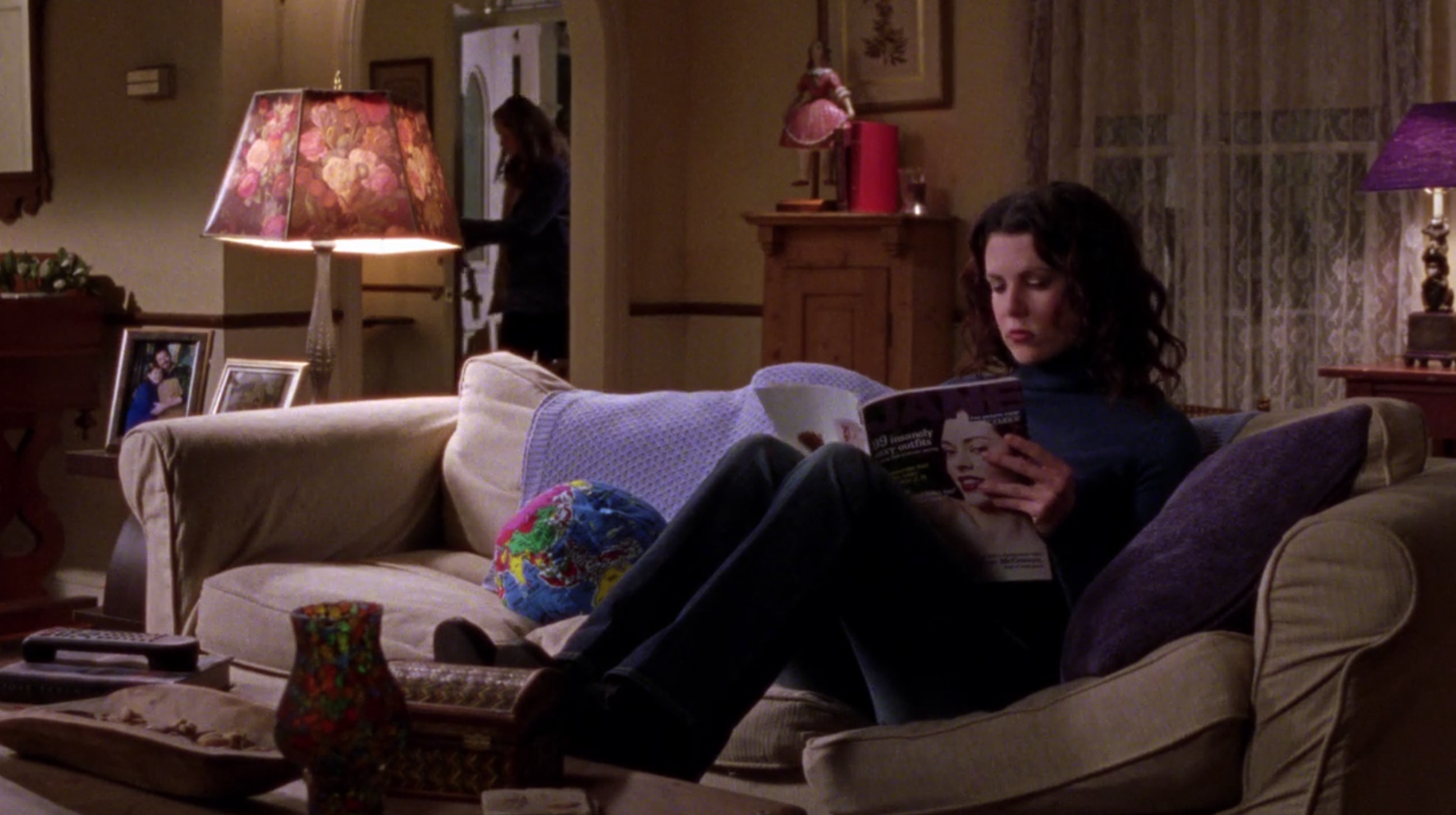 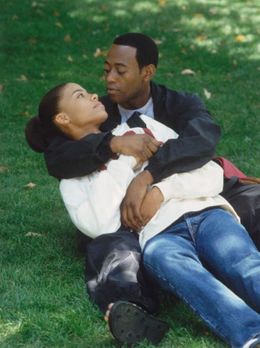 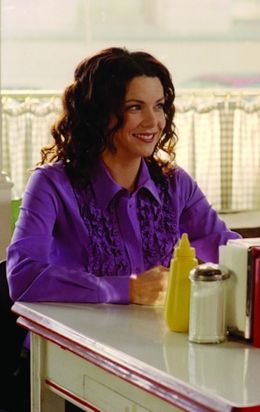