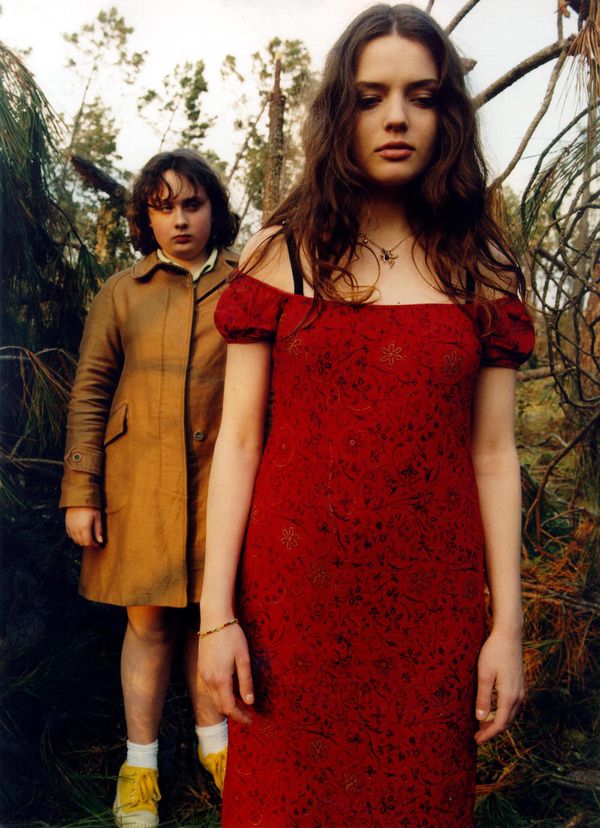 The loss of virginity isn't a magical, special act that happens between two people who love each other. It's not Marissa and Ryan, Chuck and Blair, Jane and Michael. It's often awkward, manipulative, and emotionally fraught. It's culturally emphasized to the point where it's impossible to engage in any sexual act naturally, without thinking of all the societal and psychological implications (especially for women).

It's BRUTAL and realistic in a way that most other films aren't, at least until the last three minutes.

If you're not familiar with Catherine Breillat, I think "Fat Girl" is a good place to start. It's probably the least controversial, most accessible of her films (but that's really not saying much).

Best time to watch:
With your cats and a bowl of popcorn. You're going to need some animal therapy and comfort food to make it through this one (just don't choose any dick-shaped snacks).

Alone in bed with headphones. Although on second thought... probably don't do this if you're the type to get creeped out easily.

After making a list of all the people you've slept with and fighting to keep down the bile that's rising in your throat. I let who do what to me? Jesus Christ. Youth = stupidity and malleability.

I also don't think you should watch this if you're a virgin and thinking about having sex for the first time. I saw this movie as a thirteen-year-old virgin and it made me take a five-year vow of celibacy. I'm not kidding. As a kid, certain things stuck with me HARD and I couldn't shake them off, no matter how much I tried.

Before I started kindergarten, my preschool took us to one of the local elementary schools where we saw a puppet show that was supposed to prepare us for real school. The puppet show was about peer pressure and in it, one of the puppets was bullied into drinking alcohol at a party. After the puppet got drunk, he tried to drive home, crashed his car, and DIED. I didn't drink anything until freshman year of college because this fucking puppet show scared the shit out of me (and also because I hated everyone and 99% of all social interactions, let's be honest).

Where to watch:
Any of the standards - iTunes, Amazon, Vudu.

Quick summary:
"Fat Girl" is a coming of age story that focuses on two sisters during one sexually charged summer spent vacationing in coastal France. Anaïs (Anaïs Reboux) is thirteen, fat, and has a cynical outlook on sex and romance. Her older sister Elena (Roxane Mesquida) is slim, conventionally beautiful, and has lofty, romantic ideals; she puts immense pressure on herself to lose her virginity to the "right" person. Whenever the sisters meet Fernando (Libero De Rienzo), a young Italian law student, in a cafe, their differences and similarities are magnified.

Thoughts:
The first thing I did after watching this film as an adult is google, "Anaïs Reboux." What must it feel like to be a thirteen-year-old girl playing the titular character in a movie called "Fat Girl?" To appear almost completely naked, act in a rape scene, and deal with the constant comparisons to Roxane Mesquida? I can't even imagine. I googled her, searching for affirmation that she's okay and has grown into a seemingly normal, well-adjusted adult, but found nothing. Her acting career begins and ends with "Fat Girl," which I find slightly disconcerting.

"Fat Girl" is an important, impactful film and I'm happy it exists; however, I worry about the ethical implications of some of Catherine Breillat's decisions and don't think I would personally be comfortable with them if I were in her position. I suspect many directors share my feelings, which is one of the reasons why we don't see many biting, provocative films about budding female sexuality in early adolescence.

I admire Breillat because she's a risk-taker and boundary-pusher. She pisses on societal conventions and does whatever it takes to make truly great art. I don't think there's any way she could have executed "Fat Girl" without two young actresses who were willing to appear nude and participate in sex scenes. Without those elements, the story would have lost depth and power; "Fat Girl" would have been a completely different film.

I feel the same way about Sally Mann's photography. It's beautiful, provocative, and in my mind, definitely art, but damn... those kids had no say in the creation or distribution of their images. It's inevitable that all parents are going to damage their kids in some way, many of which are unavoidable. Stopping yourself from showcasing and monetizing nude images of them seems like one pretty simple boundary not to cross.

As someone who loves to watch, write about, and create film, I struggle with separating certain art from the artist and real life implications. "Fat Girl" is essentially a film about how it's difficult for women to ever truly own their sexuality. And yet... as a director, Catherine Breillat has sort of reappropriated the sexuality of her two young actresses. They've consented to appear nude and act in sex scenes, but they're minors, so how much weight does that consent really hold?

Going back to the film, even Elena, who claims she doesn't want to lose her virginity until she knows she's with the right person, is coaxed into giving it up to a slimy douchebag who she has to know is completely full of shit. Maybe she's curious herself and wants to see what sex is like, despite not being in love. Either way, Elena is raped and not in control of her own sexuality.

Here's how Breillat describes Elena's loss of virginity in an interview with Filmmaker Magazine:

For me, the initial rape is that of the virginity of the young girl, the sister, who does not get to own her own virginity. Society wants to know if a young girl is a virgin or not. I think that is a rape. The older sister is the real rape in the film because she is in a position where you have to combine sentimentality with the physical act. This kind of sexual act is very normal, but she feels the boy must be the love of her life. It’s just a summer love, but she thinks it’s not normal, not normal enough. We give so much emphasis to the sexual acts of a young girl that she wants him to tell her lies. When she agrees to have sex with him, she agrees because she thinks it’s love. But she’s really accepting this rationale because of his lies. I think this is mental rape, the worst rape — because it’s a rape in which the woman gives up her self-esteem, a rape that does not even show up as a rape, because everyone lives like that — lives for romatic [sic] love.

I have some issues with what Breillat is saying (the "real rape" and the "worst rape" are both problematic phrases), but I essentially agree with her. Although Elena technically consented, she was never in control at any point during her interactions with Fernando; however, I doubt Fernando or the cops would recognize what happened to her as rape.

At the end of the film, when Anaïs is ripped out of her mother's car and taken into the woods, it's obvious to even the most ignorant viewer that she is being raped. Even though, at the beginning of the film, she tells her sister, "Personally, I want my first time to be with a boy I don’t love." Technically, her wish is fulfilled, but if she had true autonomy and ownership over her sexuality, she would have made the decision of her own volition.

It's also important to note that at the end of the film, we don't hear Anaïs say she wasn't raped. Instead, we hear a male cop reiterate what she supposedly told him. Anaïs might try to take back control of her narrative, to re-write her own story, but we're never even given the opportunity to hear it in her own words.

This ending is a powerful condemnation of our patriarchal society and the way that it prevents women from owning their sexuality. If I consider it in a vacuum, it's an exceptionally powerful piece of filmmaking; If I consider it in the real world, with two young actresses who are as unable to consent as the characters they play in the film, I've run into a moral quandary.