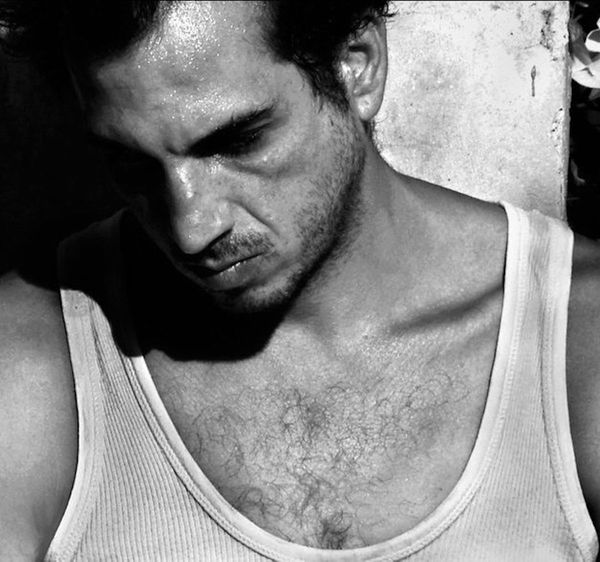 Vibe:
Dark af. This movie exists in a world where nothing good happens.

Best time to watch:
When you feel like cranking your bad mood to an 11 by emerging yourself in something bleaker than the bleakest thing you can imagine (the impending Trump presidency, a world without cats, etc.) - or - When you're in a mood so good that nothing can bring you down, not even a universe where violence reigns supreme and nothing really matters because we'll all be dead soon, anyway

Where to watch:
Fandor. It's $10/month and they have a ton of hard-to-find movies - highly recommended. They also offer a 14-day free trial.

Quick summary:
Dissolution is very loosely based on Dostoevsky's "Crime and Punishment." Jeannette Catsoulis, writing for the NYT, says, "["Dissolution"] explores a soul stained by blood and smothered by loneliness." I agree with this description and think it's probably as specific as anyone could hope to be in regard to this film.

Thoughts:
"Dissolution" follows a young Israeli Jewish man (played by Didi Fire) who lives in the predominantly Arab section of Tel Aviv. Comprised mainly of long takes and shot in high definition black and white, this is an 88-minute film that feels at least twice as long. Devoid of music and light on dialogue, "Dissolution" forces you to pay attention and actually dissect the scenes. If at times it feels like not much is happening, you're not paying close enough attention.

Every article I've read that discusses this film (and sadly, there aren't many) mentions its loose basis on "Crime and Punishment." In an interview with Henry Giardina, Nina Menkes says that the idea for the film came to her while reading "Crime and Punishment" at a friend's house in Yafo. In "Dissolution," the nameless antihero that we follow is a poor Raskolnikov figure, driven to kill Malka, a pawnbroker he often deals with, (presumably) for her money. After the murder, he becomes increasingly isolated, despondent, and paranoid. For me, the similarities to "Crime and Punishment" stop there.

In "Crime and Punishment", the motivation to kill is different. Raskolnikov believes that he is capable of committing murder and dealing with the emotional and intellectual aftermath. Since it's written in third person omniscient, we're privy to many of Raskolnikov's direct thoughts. After deciding that most murderers get caught due to a "failure of will and reasoning power," he decides, "that in his own case there could not be such a morbid reaction, that his reason and will would remain unimpaired at the time of carrying out his design" (Dostoevsky 137-8). The murder that Raskolnikov commits has more to do with a personal and philosophical challenge; the murder that Menkes' nameless antihero commits seems to deal more with a deep-seated depression and dissatisfaction with his environment.

In the world of the film, violence and death are everywhere. The landlady is angry and violent because she hasn't received her money. Two people are injured and one dies in a car crash. There's a stabbing in the neighborhood. Kids throw rocks at a horse. Our antihero's mom dies. If this is the type of shit that happens on a daily basis, how can any one person possibly fight it? When our antihero kills Malka, it's not because he's testing himself like Raskolnikov; I think it's because violence has become a default reaction to anger. Even a good, moral person would have a difficult time preventing violent thoughts from becoming violent actions when day after day, violence is the status quo.

In the world of "Dissolution," our anti-hero succumbs to violence when he kills Malka. Whenever he returns to his room, he finds a scorpion on the floor. After throwing his book and lamp at it, we hear a television in the background (maybe playing the 1956 movie, although I'm uncertain):

And so, after a night of drunken revelry, the prophet Jonah flies to his bed and turns in giddy anguish and prays to his God asking for annihilation until the fit be passed...a deep stupor falls over him as over a man who bleeds to death...

Although it's inspired by the Book of Jonah, this isn't from the Bible; it's Father Mapple's sermon from Chapter 9 of "Moby-Dick." Here's the full passage from my 2002 Norton Edition:

Like one who after a night of drunken revelry hies to his bed, still reeling but with conscience pricking him, as the plungings of the Roman race horse but so much the more strike his steel tags into him as one who in the miserable plight still turns and turns in giddy anguish, praying God for annihilation until the fit be passed; and at last amid the whirl of woe he flees, a deep stupor steals over him, as over the man who bleeds to death,
for conscience is the wound, and there’s naught to staunch it: so after sore wrestlings in his berth, Jonah’s prodigy of ponderous misery drags him drowning down to sleep (Melville 51).

There's a great deal to dissect here, but it's Sunday evening and I'm not in the mood to write a senior film thesis on "Dissolution," "Moby-Dick," and Jonah (although if you want to, I think there's certainly enough material). I will say that if this film is based on anything, it's Father Mapple's sermon, as recounted to us by Ishmael. Didi Fire's character is just as much a modern day Jonah figure as he is a Raskolnikov. Here are some parallels:

Are the horses at the end of the film a sign? A person who believes might say that they are. As soon as you believe in something, signs are all over the place. A person who doesn't believe would say that the horses at the end are bullshit. There are no signs; there is no meaning. But I'm probably just projecting my own theological leanings onto the ending. Maybe that's what Nina Menkes wants us to do.