This article contains spoilers for Season 4 of "Veronica Mars." Unless you are a monster who hates surprises, don't read this if you haven' watched it.

As a young girl, I was a sucker for tough female role models. The Marissa Coopers, Felicity Porters, and Serena van der Woodsens of popular teen dramas did nothing for me. I wanted someone who could shrug off insults and escape sticky situations. I was sick of the helpless girl who relied on a dude to save her. Fuck all of those teary-eyed phone calls to Ryan Atwood, Noel Crane/Ben Covington, and Dan Humphrey; I wanted to see a girl who could handle herself without male intervention.

At the time, I thought toughness was synonymous with stoicism and independence; asking for help or showing emotion was weak. I longed for a girl who acted like "one of the guys." Someone who buried her emotions deep, even if what was happening to her was monumentally upsetting.  Why waste time crying when you could say nothing, bide your time, and eventually get even? Wouldn't that be more satisfying? It's no wonder that I fell in love with Veronica Mars.

At the time, she was exactly what I needed ... a young, scrappy badass who took zero shit. As an adult, my idea of strength changed and unfortunately, Veronica stayed exactly the same. She's like the cool high school friend who skips class to smoke clove cigarettes under the bleachers and can't stop talking about "Siddhartha." That person is great for a time and a place, but when it's twenty years later and they're still in the same small town living with their parents, the appeal has vanished. Season 4 of "Veronica Mars," streaming now on Hulu, let me down because while I've grown tremendously over the past 13 years, the show hasn't.

When we first encounter Veronica (Kristen Bell) in the pilot episode, she's an outsider at Neptune High. Her family isn't rich, she drives a hideous Chrysler LeBaron, and is never without a pocketknife or stun gun (her weapon of choice). The only person who wants to sit with her at lunch is Wallace (Percy Daggs III), a new kid at school who she saves from humiliation in the opening scene. Flashbacks reveal that she wasn't always a pariah. Before the death of her best friend, Lilly Kane (Amanda Seyfried), Veronica was popular. After her dad, the local sheriff, accused Lilly's dad, billionaire software tycoon, of her murder, everything went to shit.

Instead of getting help from a therapist, Veronica adopts a facade of steely resolve. She's an archetypal Clint Eastwood character disguised in the body of a teen girl. Life might get tough sometimes, but there's nothing Ms. Mars can't handle. Grief, sexual assault, verbal abuse, a sex tape made and distributed without her consent ... she'll despair for a mere millisecond before hunting down the responsible parties and making them pay. This refusal to wallow in self-pity and desire to enact revenge are what, according to some, make her a strong female character. Kristen Bell commented,

“I think it’s really important to recognize this character, who Rob [Thomas] calls ‘post-superhero without a cape,’ is still very relevant. We are having a lot of public conversations right now about girls and conduct and how you act as a strong female. I am not prouder than anything than having been a part of this role that my daughters will see one day because Veronica knows how to act in the world.”

I understand where Bell is coming from but disagree. Veronica Mars exhibits a version of strength, but not one that is healthy. It's better than playing the eternal victim, but there is an underlying pathology to the girl who gets knocked down and back up again 10,000 times. I want to know more about the consequences of that mentality, but the show isn't willing to go there.

Veronica is a stereotypical dude character written for a female actor and her faults far outweigh her virtues. She's as two-dimensional as John Wayne, responding to hardship by stifling feelings and serving up justice. As a teenager in search of girls who were "just as tough as boys," this was fine. Now that I'm an adult with more life experience and higher expectations for the television I consume, my feelings have shifted. One of the most interesting revelations of adulthood is that no situations are black and white. Even shit that seems that way initially is layered with nuance and worthy of exploration. It's hard for me to wrap my mind around adult characters like Veronica who still view the world in this very limited way.

I'm not saying that there's necessarily anything wrong with this type of character, just that it becomes less interesting in adulthood. Representation is important and it's nice to see a female heroine with traditionally "male" traits; however, I'm sick of critics waxing rhapsodic about Veronica's complexity. Imbuing Veronica with the same tired stereotypes doesn't make her a strong female character. "Veronica Mars" is good for what it is, but this desire to paint it as revolutionary and feminist is a miss. It could have been, perhaps with a different showrunner at the helm.

The show has always been a neo-noir detective with a splash of teen drama. It hasn't ever been the progressive tale of a complex, damaged protagonist that the media loves to think piece to death. Considering the entire show's trajectory, it's not at all shocking that Rob Thomas decided to kill off Logan Echolls (Jason Dohring) in the S4 finale. When asked about this decision, here's what he said:

It’s just hard to imagine a detective show with a 35-year-old woman with a boyfriend. I just don’t want to write that ... I feel like for this show to work as a detective show, it has to be with Veronica as a single woman.

What's so bad about a content Veronica Mars? I'm sick of writers perpetuating this idea that internal damage is what makes people interesting. It reminds me of when an artist with a drug dependency actually gets help and then idiots say shit like, "He's not as good now that he's clean." (Wilco's Jeff Tweedy immediately comes to mind.)

Happy, emotionally stable people - like S4's Logan Echolls (Jason Dohring) - don't have to be boring. As a matter of fact, happy people are fascinating, especially to depressives like me. I want to know about their internal struggles, to see how they think and exist in the world. It's a misnomer to think that happiness equals simplicity ... that once someone has found it, there's nothing left to say about them.

Just like most action movie sequels, S4 doesn't really do much for its protagonist in terms of character development. If anything, Veronica regresses to a shittier, more jaded person than she was in high school and college. She's seen too many philandering spouses and shitty relationships to let her guard down and fully trust other people (including new friend Nicole, played by the wonderful Kirby Howell-Baptiste). Aside from her dad, Keith (Enrico Colantoni), no one else is given the benefit of the doubt. Veronica assumes everyone has something to hide.

This stagnation/regression becomes even more obvious when we see her next to someone like Logan, a dude who started out terrible and with the help of therapy, improved some of his most egregious flaws. In S4E2, Veronica and Logan have this exchange after she accuses him of being too agreeable:

Logan: I am angry. All the time. And all of the work I'm doing with Jane [his therapist] is aimed at one thing: keeping my anger from destroying me. You say you want Bruce Banner, but you really want the green guy.
Veronica: No. I want Bruce. Did your therapist put you on meds? It's fine if she did.
Logan: Goddammit, no.
Veronica: Okay, well, you just feel sanded down ... Logan minus the Logan.

This dynamic is worth exploring for more than just a few episodes. Veronica's lack of character development is okay as long as the show recognizes and grapples with it. What happens when one person in a relationship becomes healthy and the other refuses? If the writers were willing to work on character development, we could have had an S5 that spends more time exploring these issues. Instead, Thomas decided that he didn't want to make this kind of show. This is all fine, but in a time when truly excellent, female-driven narratives exist, it's hard to make room for stale shows forever stuck in the early aughts. 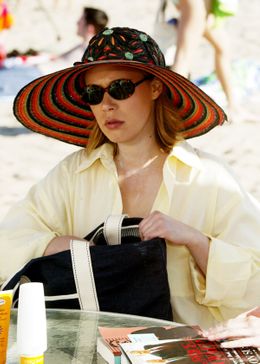 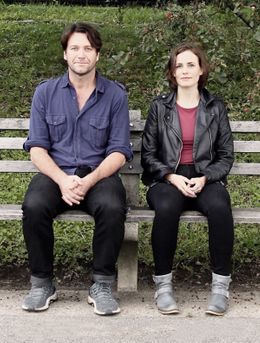