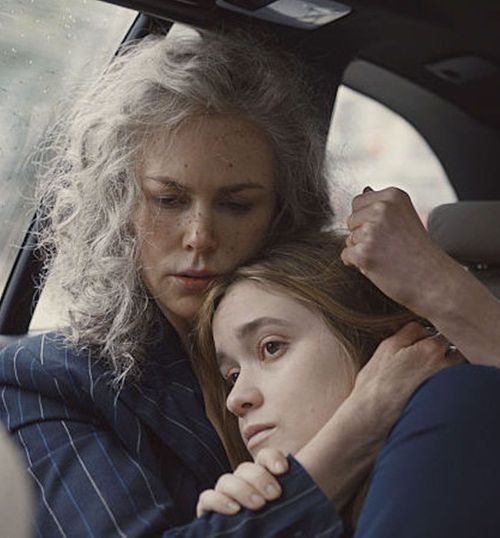 'Top of the Lake: China Girl' Season 2, Episode 6: The Battle of the Mothers

I have to be honest: I didn't love the way this season of "Top of the Lake" ended. It felt weirdly rushed and wasn't as visually stunning as Season 1 or some of the earlier Season 2 episodes. Because the vibe was lacking, I found it harder to forgive some of the weak character development, haphazard plot, and general wtf-ery.

With that being said, I'm still surprised this season got so much hate and was largely misunderstood by television critics everywhere. In her finale recap for The Guardian, Rebecca Nicholson says,

Again, despite Robin’s several thousand conflicts of interest, she’s the one sent off to find the secret flat, after stopping off to threaten, but not arrest, Puss (surely if surrogacy is illegal there are grounds for arrest? Why am I even bothering to question if it makes sense any more?).

This show isn't a police procedural. It doesn't give a fuck about realism or logical character motivations. For me, it's in the same vein as "Twin Peaks." Whenever Agent Cooper (Kyle MacLachlan) returns via Dougie's body, he's unable to speak or function like a legitimate human being. If "Twin Peaks" was steeped in reality, Janey-E (Naomi Watts) would have noticed his bizarre behavior and taken him to a damn doctor or at least realized that something wasn't quite right almost immediately. But "Twin Peaks" doesn't operate on the terms we're used to, and so we had to wait several episodes for her to take some action.

Because "TOTL" has less bizzarely confounding visual elements than "Twin Peaks," I think critics often take it at face value. It's definitely tempting to write it off as sloppy when Robin stabs Puss with a shallow knife instead of arresting him for one of his many transgressions. Or when no one reports Miranda and Adrian for workplace misconduct. Or... I could go on and on.

But Jane Campion is not an amateur director - this isn't her first time at the rodeo. Anyone who trusts her work and vision should realize all of these choices are intentional and meant to highlight specific issues that do exist in real life: violence against women, fucked up power dynamics due to wealth inequality and race, and the ineffectiveness of our criminal justice system, to name a few.

I see no point spending time ranting about the frustration surrounding these elements in a silo because I understand the type of show Jane Campion is trying to make. Whether or not she's been wholly successful is another story and to me, more interesting than quibbling over isolated plot holes or weird character behaviors that are signature for the show and were present in Season 1, as well. These issues alone aren't worth analyzing, but it is worthwhile and important to figure out why exactly they didn't work in Season 2 when they worked so well in Season 1.

Sophie Gilbert nails the primary issue with "China Girl" in her recap for The Atlantic:

Set against this much more conventional backdrop, the holes in Campion’s detective story are clearer, but the story and the dialogue have been heightened to the point of absurdist theater, as if to compensate.

I agree with Gilbert. Season 1 worked so well because Campion was able to heavily rely on the gorgeous, sweeping, desolate scenery of the South Island of New Zealand to set the weird, other-worldly tone of the show. In the absence of these visuals, some of the other elements (Gilbert notes story and dialogue) have been heightened in an attempt to create the same tone. Unfortunately, it doesn't work very well, especially toward the end of the season when Campion is rushing to tie up loose threads and leave the viewer with a somewhat satisfying conclusion. As I said in my previous recap, there may have been a way to make this work with more time, but 6 episodes weren't enough.

Take the Puss/surrogacy plot. How the hell are we supposed to feel about its conclusion? What point is Campion trying to make? The women at Silk 41 are both sex workers and surrogate mothers. Puss fucks over all the people who hired these women as surrogates when he takes them to another country to sell their babies for profit. Assuming they've already been paid once for their services in Sydney, Puss is allowing them (and himself) to ostensibly profit twice for the same service. I guess... this should pack some kind of gut punch?

Sadly, it doesn't... because it's weirdly tacked onto the end of the episode and throughout the season, we haven't spent enough time with any of the women at Silk 41 to care much about what happens to them. If this plot point were coupled with haunting, beautiful cinematography and light dialogue, I might have been okay with its vagueness. The idea could have been presented as just another one of Puss's many manipulations, but its blunt presentation makes the confusion more apparent.

The only scene in this episode that really worked for me is the Bondi Beach shooting. The whole thing is completely stupid, but Campion builds suspense nicely and the "Where's Waldo?" visual of the packed beach is unsettling and disorienting. Miranda is also a character that we know, like, and care about, mainly because Gwendoline Christie does such an excellent job throughout the series.

Even though I didn't love the way it ended, I enjoyed watching "China Girl" throughout and thought the first four episodes were spectacular. I hope Jane Campion and directors like her continue to create work for television. I felt the same exact way about "I Love Dick" as I did about this second season of "TOTL." I had a ton of issues with it, but I was excited to see a director I admire (in the case of "I Love Dick," Andrea Arnold) work on the small screen. Both shows are imperfect, but I'm happy they exist. 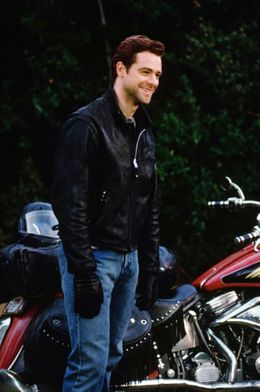 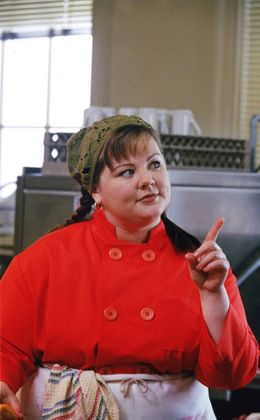