This episode was hard to watch. Puss is maybe one of the most despicable, vomit-inducing TV villains I've ever come across. If I encountered a man like him in the real world, I don't think I could retain my composure as well as Robin. I would be the one doing the face biting with zero remorse for my actions. What makes me even angrier is that Puss appears to have at least two pet cats. During his heated conversation with Dang and Booty, he actually kicks the black and white cat in order to make room for himself on the couch. THIS IS UNFORGIVABLE and he deserves the death penalty.

The conversation he has with Mary before the father/daughter dance really showcases his manipulation skills. Here's a snippet:

Puss: So...18, huh?
Mary: I know, I can drink legally.
Puss: Yeah. And have sex.
Mary: Well, I can already legally have sex.
Puss: And sell sex. You can work beside your sisters. Breast to breast, legs wide open, reverse cowgirl.
Mary: Alex, you should eat the rest of that (referring to his tray of food).
Puss: What's the matter, my baby? Too good to work beside her sisters? Some of them began at 13, you know, even younger.
Mary: I know, it's shit.
Puss: No, not necessarily... if it is the only way to feed yourself, your family.
Mary: Yeah. Life is very different in Asian villages.
Puss: No, it's not. You think your body is sacred. Well, so do they. But your sentimentality, it strips you of all your powers, makes you victims. If you don't want the money, you give them to your sisters. It's a sacrifice we both can make.

Puss is basically that annoying guy in your sophomore political science class who is equally obsessed with Karl Marx and Nietzsche and doesn't at all regret his "amor fati" forearm tattoo. Maybe you thought he was cool for one second because he liked to challenge you, but then you realized all his thoughts were baseless, they just initially sounded interesting because they were masked with an air of confident nonchalance. Depending on what your mental health is like when you encounter this type of guy, you might either run immediately or stick around, convinced he has something important to say because he throws out phrases like "commodity fetishist."

It's not crazy to me that his warped reasoning resonates with Mary. She's young, vulnerable, and feels disconnected from her parents. Puss seems worldly and interesting, and masquerades as someone who wants to use his power to help people. After all, he's "empowering" the women of Silk 41 by teaching them English and how to make money. Mary is already enamored with him, so she's willing to forgive all the crazy things Puss does and says. She's blind to his shittiness, desperate for his love and acceptance.

Her middle class white guilt has probably also surfaced after time spent around the Asian prostitutes at Silk 41. Based on what we know, these women don't have much of a choice. Many of them are in the country illegally, working whatever jobs are available in order to send money home to their families. Mary knows and likes them, probably feels it's unfair they were born into such a dismal situation whereas she has two parents who love, care about, and provide for her.

After meeting her birth mom and hearing about how she was the result of multiple rapes, Mary probably feels guilty as fuck. Other people she knows have experienced suffering and persecution, but she's been protected nearly her entire life. Puss's comments tap into and rouse these feelings deep inside her, ones Mary might not even be cognizantly aware of. Not only does she want to impress her boyfriend, she also wants to prove her willingness to help, to suffer for the good of the group. She tells Dang, "I care about women supporting each other." Unfortunately, Puss has convinced her the only way to support her friends is by suffering alongside them. Being kind to them and teaching them how to swim isn't enough (Puss openly scoffs at this idea).

As a young woman in the world, Mary has to navigate not only men like Puss, but men like Pyke, her dad, as well. He, and everyone around him, seems to think it's completely normal, maybe even sweet, for young women to put on fancy dresses and slow dance with their dads (or even worse, perform the Harlem Shake 😑). Why is this dance so important to Pyke? Probably because it's a mandated set of hours when he can pretend his daughter is still an innocent little girl, not an 18-year-old who is currently fucking a man at least as old as he is.

I feel the same way about this dance as I do about fathers walking their daughters down the aisle (and weddings in general). This is probably something my dad would love to do, not because he views me as his property, but because it's a tradition and not something he's thought hard about from a feminist perspective. In his mind, it's nice and meaningful; in my mind, it's degrading and misogynistic. I don't think less of him for wanting to do it, but that doesn't mean I'm going to comply.

Pyke and Puss are different sides of the same patriarchal coin. Pyke is passive, in-denial that his daughter is making bad choices and isn't the little girl from his home video anymore. Puss is aggressive, using his pseudo-Marxist ideas to push women toward self-destruction. Is one better or worse than the other? Puss is easier to hate. He's the one making a complete ass out of himself at the dance and scaring those around him, but Pyke is probably just as dangerous. He might love Mary enough to bring her breakfast (freshly-squeezed orange juice and a sparkler-adorned croissant) in bed on her birthday, but he'd rather keep his head in the sand and pretend she's still his little girl than wake the fuck up and do something to actually help her.

Luckily, Mary now has Robin in her life. Robin doesn't push or judge her, but she does let her know that Puss is dangerous and potentially responsible for the murder of a young woman. Maybe Robin can actually help her realize the severity of the situation before it's too late. Because this is "Top of the Lake," it seems unlikely, but we can still hope. 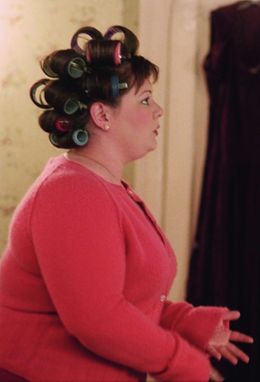 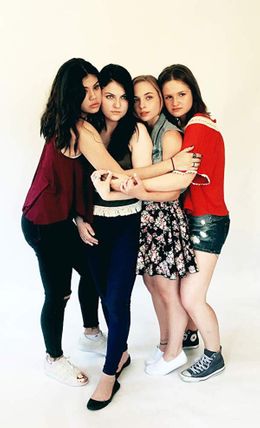