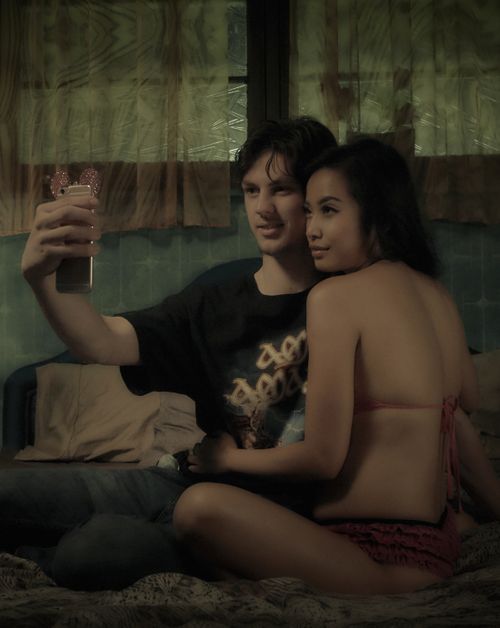 'Top of the Lake: China Girl' Season 2, Episode 2: The Loved One

In Season 1 of "Top of the Lake," Jane Campion worked with an Australian co-director named Garth Davis. He only directed one episode alone, but worked with Campion on 4 others. At the time, I was like, "Who the hell is this guy?" He was an award-winning commercials director, but hadn't really done much aside from one short, one documentary, and a few TV episodes (according to IMDB).

You've probably heard of him now, though, because in 2016, he directed "Lion," a film that got a ton of critical hype and received 6 Oscar nominations. Unfortunately, I can't find anything good on the Internet about his working relationship with Campion. I want the details on how they know each other and how Campion decided he was right for "Top of the Lake." Someone needs to interview her and ask her these questions.

Now, in Season 2, Campion has once again chosen an Australian co-director I'm completely unfamiliar with. His name is Ariel Kleiman and he has one feature film with middling reviews, 2015's "Partisan," under his belt. He solo directed half of Season 2 of "Top of the Lake," including episode 2, and thus far, I'm pretty impressed with him. I'd like to think Jane Campion intentionally works with somewhat inexperienced Australian directors in order to help them build their skillsets and learn more about the industry from a true master, but the one piece of information I was able to find (from an interview with The Guardian) suggests otherwise:

She adores Kleiman, an Australian writer-director who is only 32. “I see Ariel’s gifts – his elegance, his shots and structure. He’s got this mathematical brain.” She pauses. “He’s better at shots than me,” she says through gritted teeth. “He is a real samurai, a genius. We might be competitive, but we love and support each other.”

Episode 2 did have some really beautiful shots that I highlighted in my notes. At around 34 minutes, we see Robin walk through Cinnamon's brothel through the slatted mirror on the wall. The camera slowly pans over so we see the actual Robin at the very end of the mirror. It's one, fluid motion that creates the illusion of multiple Robins, entering the room at different starting points. If you can, go back and re-watch it because it is a truly stunning; a screenshot wouldn't do it justice.

I also loved the sequence of shots at 15 minutes, when Robin enters a store to look for a greeting card. First, we get a tracking shot from behind of her walking down the street; next, a shot from the front with her face perfectly centered in the frame. She looks downtrodden and world-weary. As she enters the store, the card display is on the right and the camera pans across her body, then cuts to a higher shot that frames her between two rows of cards and continues to slowly pan. Next, a cut to a tighter shot as she reaches up to pull a card from the its slot and another slow as molasses pan as she open it up and the hint of a smile creeps over her face.

At first, I wasn't sure why I was so impressed with this scene. Visually, it's not anything particularly interesting, but everything is perfect. The cuts are exactly where they need to be and the orchestration with the continuous pans and Robin's change in expression create a fleeting sense of happiness that immediately disappears with the final cut that leads us back into the police station. The juxtaposition between motherhood and the cold, cruel realities of the world are beautifully illustrated in this episode.

The standout scene in thie episode, however, is at the end of the episode when Mary and Robin meet for the first time. The pacing is spot-on and the visuals mimic the wave of emotions Robin is probably experiencing. Mary is cool, but also a total weirdo. She has such a poised, confident demeanor that occasionally wavers and exposes her nervousness and vulnerability. Her personality undulates between worldly woman with a 42-year-old boyfriend and scared teenager who desperately wants validation from her long-lost birth mother and truly doesn't know what the fuck she's doing.

Alice Englert absolutely murders this scene and makes it patently obvious that Campion cast her not because of Sofia Coppola-style nepotism (I'm talking "The Godfather: Part III"), but because of inarguable talent. (If it isn't clear, Alice Englert is Campion's daughter.) When Vogue interviewed the mother-daughter duo on working together, this is what Campion said:

[...] a couple times I was like, Oh, yeah, this is pretty uncomfortable. I did give all the most difficult episodes for Mary to the other director, Ariel [Kleinman]. That was a good decision.

I think so, too...especially if things are going to get darker for Mary, which I suspect they are.

The other plot thread I haven't even touched on yet is Cinnamon's story. At the end of the episode, we find out that she is not a genetic match for the fetus and must be a surrogate. As Vulture's Laura Hudson notes,

The ethics of paying poor women from developing countries to give birth to the children of wealthy couples are murky, in ways that echo some of the feminist debates around sex work: Is it exploitation or opportunity, particularly for women living in dire circumstances with few other options? What does it mean to turn a woman’s body into a commodity that they are paid for, especially in a world that so often treats them as objects with no real value?

These questions are important ones that are often ignored or analyzed in tone deaf ways (just look at "Hot Girls Wanted," Rashida Jones's embarrassing documentary about the porn indsutry). I trust Campion to treat this story with the careful scrutiny it deserves and avoid making generalizations. Thus far, female objectification has remained the through line of the series. It starts small, with rudimentary disrespect of women in powerful positions (the way the cadet treats Robin in episode one and the chastisement she receives when she lashes out; the "fetch my jacket" request in Episode 2). As it progresses, it turns into emotional manipulation, abuse, rape, and murder.

Men in this universe (and often our own) believe they own women. Again, Laura Hudson aptly notes,

Just ask the “incels” of the “men’s rights” movement, who view their “involuntary celibacy” as an unnatural state cruelly inflicted upon them by women. The implication, of course, is that women’s bodies and sexual favors belong by default to men, and are being unfairly withheld from their proper owners.

With sex workers, the transactional aspect adds to this sense of false ownership. Men seem to think, "I paid for her, so I own her." And when you own something, you have the right to discard it at your will. Is that what happened to Cinnamon? She didn't hold up to her end of the bargain, so the people who "invested" in her decided to get rid of her her? It seems likely. 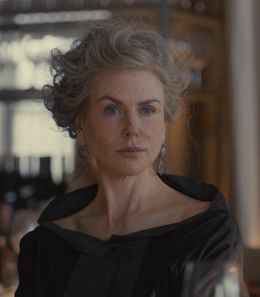 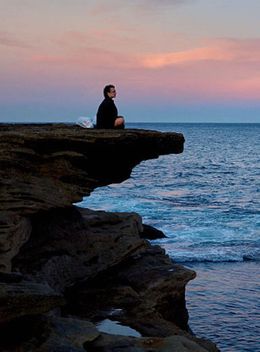