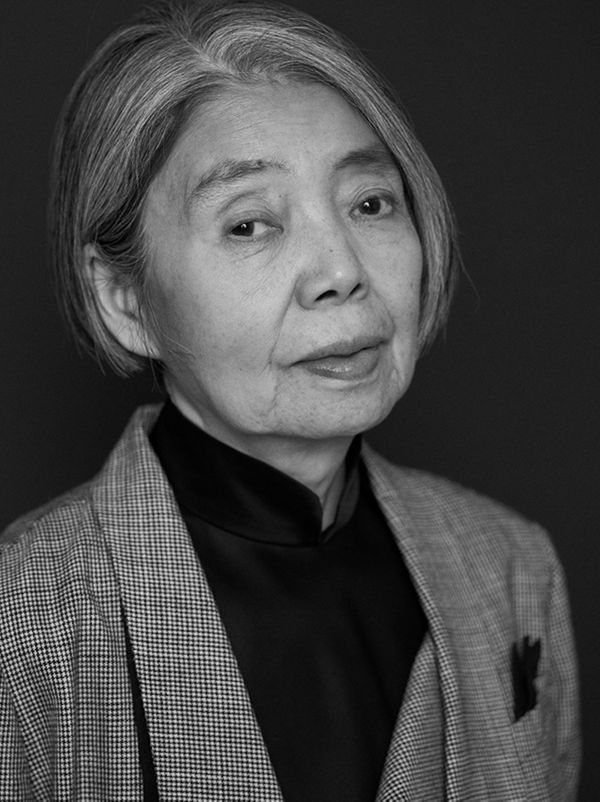 Kirin Kiki has worked with many notable Japanese directors (Hirokazu Kore-eda, Naomi Kawase, Seijun Suzuki) and given honest, magnetic performances that have won her accolades, including three Japan Academy Awards. When I told my husband I was doing this interview he said, "Wow, she's like the Meryl Streep of Japan." If you're an American who is unfamiliar with Kiki, I think this comparison gives you a good idea of her stature within the industry.

Kiki has two new films out this year: Kore-eda's "Shoplifters," which won the 2018 Palme d'Or at Cannes, and Shuichi Okita's "Mori, the Artist's Habitat. Tatsushi Ohmori's "Every Day Is a Good Day" is also set to premiere in Japan in October (although I'm not sure about wider distribution). In other words, she's a fairly busy actress, which is why I was shocked and saddened to learn about her advanced-stage cancer diagnosis. I've been following her career for at least the past decade, but I never really knew much about her personal life until I started to prepare for our conversation.

Aiko Masubuchi, the senior film programmer at Japan Society, acted as our interpreter for this (phone) discussion when Kiki was in NYC for the Japan Cuts festival last week. Below you'll find an edited version of our conversation, where we discuss everything from Kawase's badassery to the struggles of public-facing careers.

WiR: To start, I should probably say that I've seen a lot of your films but really knew nothing about you personally until a few days. I'm super excited to have the opportunity to ask you some questions.

Kirin Kiki: I've been told that my personal life is somewhat interesting.

That's an understatement! I've read that you value your privacy, which I totally understand. How do you feel about the public desire for personal details? Is it annoying or something you just get used to over time?

I don't think an actor necessarily needs to show their private life to the public, but I also think it's okay if people know about it. If I were a beautiful actress I might feel differently but for me, it really doesn't matter.

How about when people confuse you with one of your characters? Does that bother you?

I don't feel bothered, mainly because I don't live to act; I live to be human. It's about ... how do I accept my own way of living? That's the purpose of living to me. Acting is something that happens in between on that path. If a time comes when I decide to quit acting, I won't have any regrets about it at all.

With age, one thing that I've discovered is that people have a front side and a back side. Even if things look good on the front, on the surface, the back might be ugly. Because I've understood this, I'm able to find peace and happiness through acceptance.

I think that's part of what makes you such a great actor, too ... this ability to see all sides of something and to find meaning and value in the good and bad.

Thank you so much.

You've worked with so many great directors over the course of your career, but I'm most curious about what it was like to work with Naomi Kawase. Have you noticed any differences between male and female directors?

I don't think there's a difference between working with a woman or a man, but I do believe that Ms. Kawase is a very unusual woman, even within Japanese society. 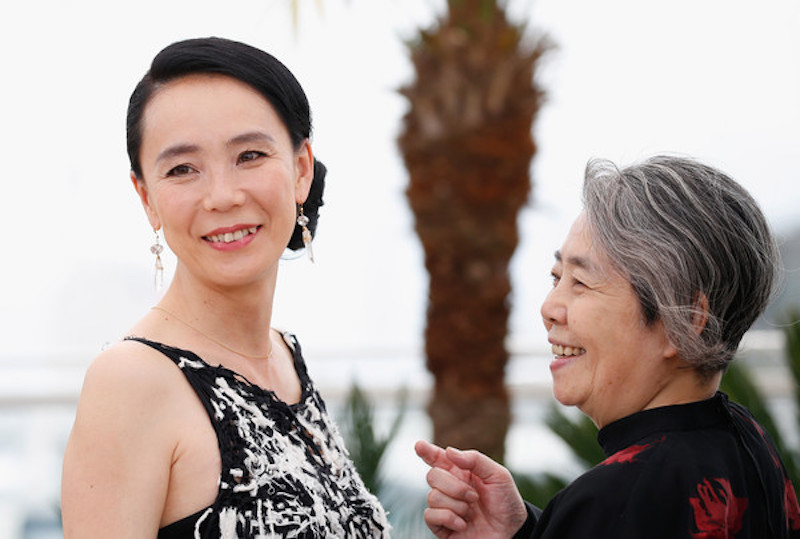 Kawase and Kiki at the 68th annual Cannes Film Festival.

Can you say more about that?

She's not afraid to let her opinions be known. Oftentimes in Japan, people are hesitant to show so much of their opinion, but she's not like that. To be honest, I don't think I've ever seen the kind of strength that I see in Ms. Kawase in a male director.

Do you have a favorite director that you've worked with over the course of your career?

Everybody that I've worked with has had good things and things that made me think, 'hmm ... not quite ready yet.' I've never met anyone who's perfect (myself included) and has everything.

Fair enough. Last night, I watched "Mori, the Artist's Habitat" and there was an exchange that happened between your character (Hideko) and Mori (played by Tsutomu Yamazaki) that I loved. In the exchange, Mori asks Hideko, "Suppose you could live your life again, would you like it?" She responds, "I would hate it. It would be very tiring." How would you answer Mori's question in real life?

I would say ... I've lived to the fullest and in the best ways that I could. I'm okay; I wouldn't take someone up on that offer. I feel like it would be too much of a bother to other people ... I'd be a nuisance.

I relate very much to that response. I read in another interview that you said you feel like movies have has only become a real passion/focus for you in the past 10 years or so. Why is that?

There wasn't really a change where I just started to suddenly like movies, but it's true that in the past 10 years, I've only been working on them. Up until then, I was doing a wide range of jobs, mainly TV. Around the time I got cancer, I decided that I needed to do a job that was much more slowly paced, so I decided to do only movies and say 'no' to any TV offers. Since then, I've just been working on projects one at a time. By doing this, I was able to actually make it to New York [for Japan Cuts].

In the American film industry, it's tough for women past the age of forty to find a variety roles and I think actresses often feel typecast as they age. Is this something that you've found to be true with the Japanese film industry?

When you think about this many humans living today, there's no way that we're all the same. So to me, to hear you talk about one kind of acting that's available for female actors here, is very mysterious.

I think I understand what you're saying. There are definitely different approaches to all characters ... even if you've played the same type over-and-over again, it's not like it's the same every time.

When I was younger, I just assumed that you mature with age. When younger people look at older people, they see them in that one way. Now that I am older, I've realized that just because you get older, you don't necessarily mature. There are plenty of old people who don't mature at all. There's a whole range of old people out there.

That's a good point! I don't know if this an appropriate question to ask and it's kind of a weird segue, but do you have any opinions on the afterlife?

Regarding the afterlife, there is the Buddhist idea of rebirth. Right now, my soul is in this body and this body is Kirin Kiki. After this body is used up and death comes around, that soul and spirit moves on and reappears. I don't see death as an end.

That's the only religioius philosophy that appeals to me. Since you're at the Japan Cuts festival right now, I feel like I should ask you about it. Have you seen any of the films on the slate?

I've seen "Radiance" by Naomi Kawase, but that might be it. 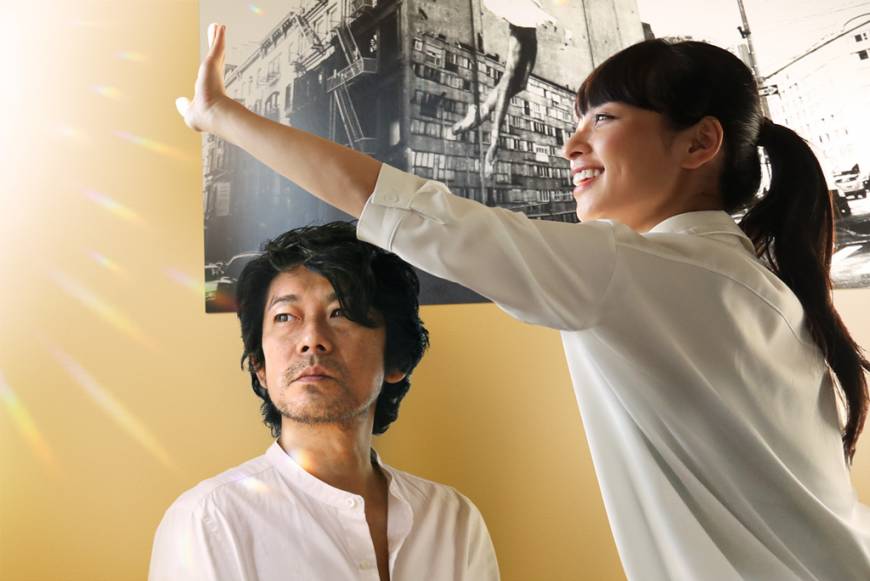 I still haven't seen that, but I'm excited to watch it.

[whispers] I hear that she had some trouble with the main actress on set.

Ooh, I love gossip. Is that all you can say about it?

[laughs] I hope you look forward to seeing it.

Yes, definitely. Are you excited about winning an Award at Japan Cuts? Is that something you care about?

I'm not at an age where I should be receiving awards. I feel humbled and bad that I'm receiving it.

Are there any films or TV shows that you've been enjoying recently?

I barely watch any TV, mainly just the news and maybe a little bit of comedy; however, I do watch movies. Recently I've been watching older films and I've come to a point finally where I say, 'oh, wow ... films used to be so great.'

Are there any older films in particular that have resonated with you?

One movie is "Sun in the Last Days of the Shogunate" by Yuzo Kawashima. I recently saw that and was so amazed and surprised by how energetic the film was despite its length and how it was able to keep that energy alive. And when I say 'length,' I especially mean that one scene or one take within the film is very long. 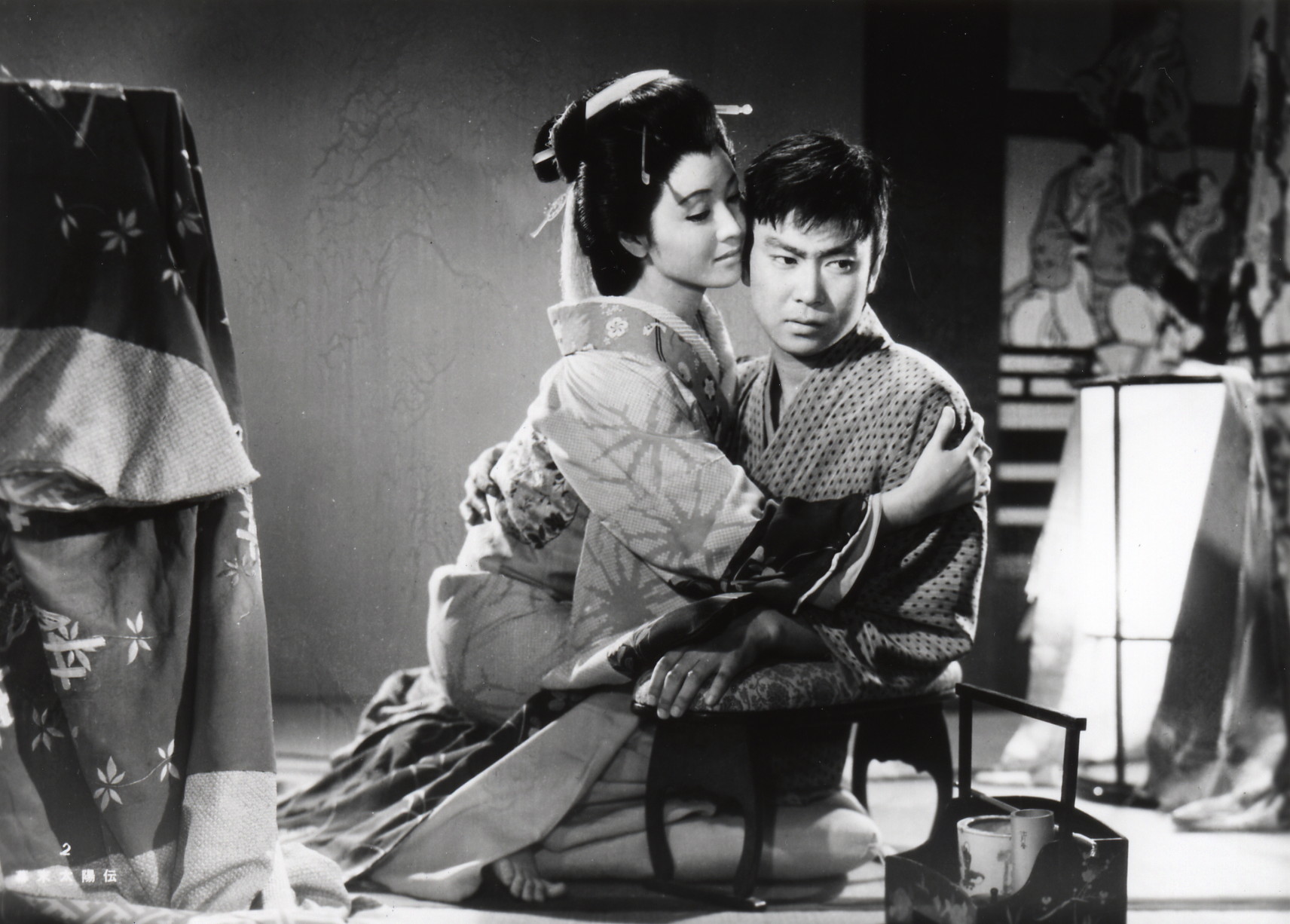 I watched this film on Kiki's recommendation and was not disappointed.

Do you keep up with American cinema at all?

I used to have a lot of interest, but these days I start to forget.

I read somewhere that Naomi Kawase doesn't watch many Japanese films, which I found surprising.

I just heard that for the first time, too, and I'm surprised!

Yeah! I was shocked by it. I wonder what she watches.

She doesn't necessarily say anything bad about other people's work but to her, she's number one ... the best of the best. She's often disliked because of this.

I've read commentary to that effect and I think it's stupid. She should think of herself as the best! If only we all had that confidence.

Thank you so much to the Japan Cuts film festival for arranging this conversation, to Aiko Masubuchi for interpreting, and to Ms. Kiki for speaking with me. I only regret that I don't know Japanese and was unable to communicate with her directly. She is a fascinating person and I really think we would have vibed hard if not for the language barrier.

If you're reading this and unaware of who Kirin Kiki is, pull your head out of your ass and watch these movies (my personal top five):

If you want to know more about Kirin Kiki, read this wonderful interview in the Japan Times. 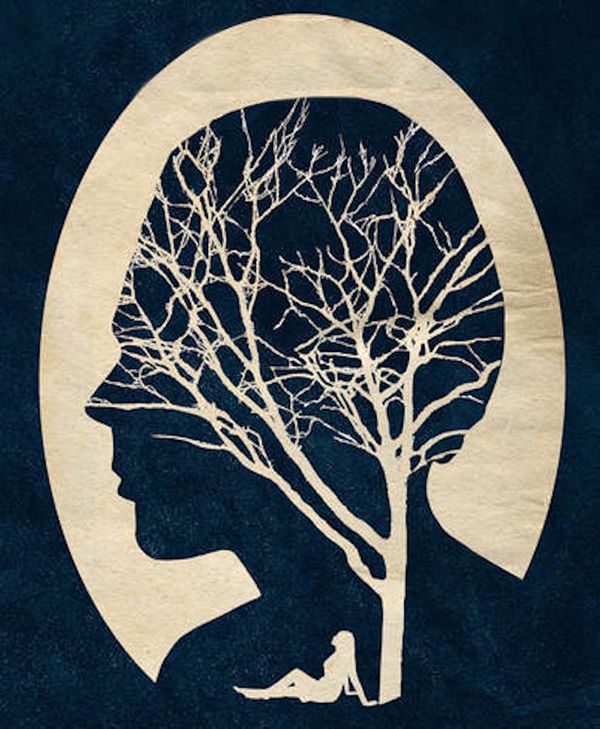 Interview with the Ladies of 'Con Spirito'